Rates of new HIV infections and AIDS-related deaths are rising faster in the Middle East and North Africa than anywhere else globally.

As the world marks World AIDS Day, experts warn that cultural stigmatization and punitive legal regimes mean many patients are left in the shadows unable to access treatment and support, leading to unnecessary loss of life and increasing transmission risks.

According to the latest data available from the Joint UN Programme on HIV and AIDS (UNAIDS), there are 230,000 people living with HIV in the 21 countries that make up the organization’s definition of the Middle East and North Africa (MENA).

This is still a very low prevalence of 0.1 percent - compared to parts of southern Africa where one in four people have HIV. Yet while the most-affected regions are now reducing their new infection rates and AIDS-related deaths, and increasing their treatment reach, the opposite is happening in MENA.

In 2013 the region lost 15,000 people to the disease, a 66 percent increase on 2005, and despite new infections declining globally by 38 percent since 2001, in MENA they have risen by nearly one third over the same period

“It’s not the absolute level of HIV in the region that we should be concerned about - serious though it is - but it’s the slope of the growth curve that is alarming,”  said Shereen El Feki, a leading HIV activist and former vice-chair of the Global Commission on HIV and the Law.

“For the moment HIV in MENA is a concentrated epidemic among certain key populations - such as men-who-have-sex-with-men, female sex workers, people who use drugs,” she explained. “They are engaged in practices and behaviours that are socially and religiously condemned, and in the vast majority of countries in the region, all three are illegal.”

“These populations are in the shadows, and governments have difficulties engaging with them because even if the Ministry of Health stretches out one hand, then the Ministry of Interior may stretch out the other and put them in prison,” El Feki, the author of Sex and the Citadel, a book exploring sexuality in the Arab world, added.

Owing to stigmatization around the behaviours that expose people to HIV/AIDS in MENA, there are no totally reliable figures on infection rates, and even UNAIDS gives a range of between 160,000 and 330,000 of people living with HIV.

“It’s very difficult to know the actual incidence and prevalence rates because people are afraid to be tested if they are in those risk categories for all sorts of reasons, including that they may end up in prison,” Paul Galatowitsch, an adjunct professor in the School of Public Health at New York Medical College and executive director of New York-based disease strategies consultancy Health Clear Strategies (HSC), told IRIN.

“Syria, Lebanon and Iraq, plus a few others in the region, have not been able to have any estimation of the size of their HIV epidemic, and for the case of Syria and Iraq even any report on the actual number of people receiving treatment,” he said.

“It’s not the absolute level of HIV in the region that we should be concerned about…it's the slope of the growth curve that is alarming,"

“UNAIDS supports countries in their annual reporting against the Global AIDS Response Progress Reporting as well as estimation of the HIV epidemic… [but] some countries are either unwilling or unable to provide such reporting,” he added.

Galatowitsch also warned that conflicts such as Syria and Libya, and the strain they are placing on neighbouring countries through refugee flows, were a potential trigger for a rise in iatrogenic transmission (transmission through medical means).

“When you have major social dislocation - like in Syria and Libya and to some extent you could say Lebanon - it sets the stage for increased iatrogenic transmission,” he explained.

“When a health system breaks down, infection control also breaks down and there is likely to be a lot of re-use of medical supplies and that creates higher transmission risks,” he added.

In addition to - and because of - both the weak surveillance and the stigma around HIV in MENA, in many countries harm reduction measures such as education, condoms and needle exchanges are limited.

Globally antiretroviral therapy (ART) is now available to 40 percent of people living with HIV, but in many countries across MENA fewer than 20 percent of patients are getting treatment, among the lowest rates in the world and a part factor in the sharp increases in AIDS-related deaths, says UNAIDS.

Djibouti and Morocco are two exceptions to this, providing treatment to between 20 and 40 percent of adults and children living with HIV. 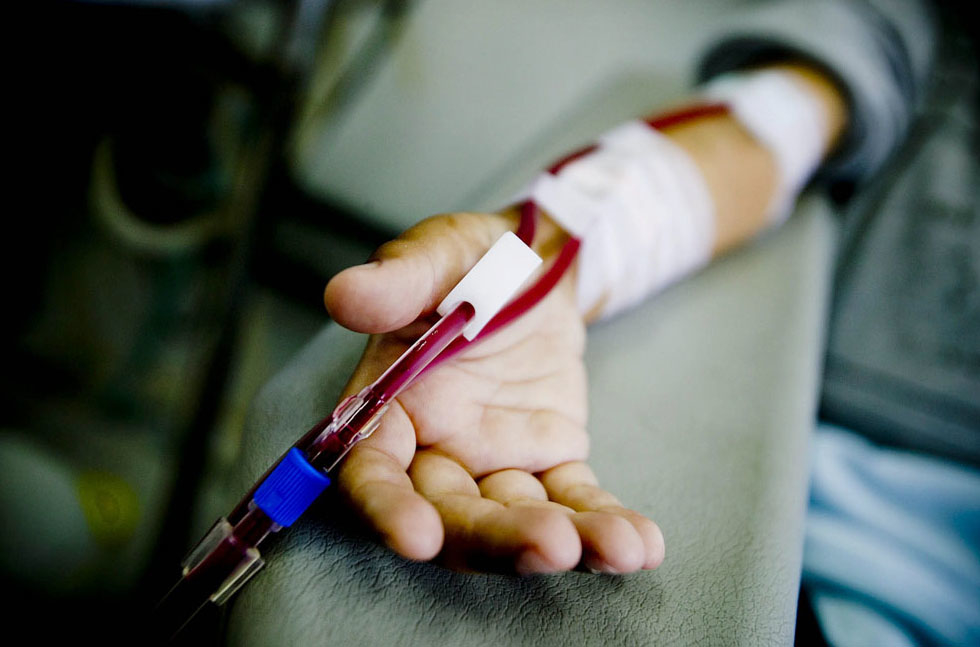 Marginalization of affected populations who are less willing and able to articulate their demands for treatment is part of the story.

But according to a June 2014 report published by the Washington-based Population Reference Bureau (PRB), “underfunding, poor management, inadequate health services, and ongoing political crises and conflicts often lead to intermittent drug shortages (stockouts)” and also “put ART even further out of reach”.

“It is all the more unacceptable, given that countries in the region are much more affluent than their counterparts in sub-Saharan Africa which manage much higher treatment rates with much larger infected populations,” she said.

However, despite MENA’s overall poor treatment record, some governments, including Morocco and Oman, have won praise for scaling up their HIV programming.

Civil society organizations in countries like Tunisia, Morocco, Lebanon and Algeria have also been hailed for their work in raising awareness and advocating patient rights.

At a policy level the Council of Arab Ministers of Health has endorsed the Arab Strategic Framework for the Response to HIV and AIDS (2014–2020), following the adoption by the Arab Parliament of the Arab Convention on HIV Prevention and the Protection of the Rights of People Living with HIV in March 2012. Even highly conservative countries like Saudi Arabia now have governmental HIV programmes.

Feizzadeh said UNAIDS was helping countries in the region access the necessary financial resources to scale up their ART provision, and the organization was also working with civil society organizations to “increase their literacy” about treatment rights.

El Feki highlighted the Regional/Arab Network against AIDS (RAANA); MENA-Rosa, the first regional group dedicated to women affected by HIV; and the emergence of lesbian, gay, bisexual, and transgender (LGBT) support groups, as some of the more positive developments in recent years.

“I think it’s a process,” she said, referring to the growth of HIV programming despite the region’s cultural and religious context. “There are a lot of incredibly bright people working on these issues inside the region.”

Among various research projects ongoing in the region, between October and January the UN Development Programme (UNDP) will be carrying out socio-economic profiling of people living with HIV in Egypt, Algeria and Tunisia, and looking at the availability of social protection schemes for those populations.