This article is part of our in-depth coverage. Read more like this...
DAKAR

Today is World Humanitarian Day when the UN sets out to recognize those who face danger and adversity in order to help others. This year the UN and aid agencies are highlighting humanitarian heroes who have made huge sacrifices to help others in need.

Doctors Samuel Brisbane, from Liberia, and Dr Sheikh Umar Khan from Sierra Leone both died after contracting the Ebola virus which, as of 16 August, had infected 2,240 West Africans, and killed 1,229. IRIN spoke to their fellow workers.

Dr Samuel Brisbane, 74, died from the Ebola virus on 26 July after contracting it from treating infected patients at the John F. Kennedy (JFK) Medical Center in Sinkor, a district of the Liberian capital Monrovia. Brisbane was one of the country’s top doctors and medical teachers, and over a long and distinguished career trained hundreds of Liberian students. Brisbane served as a general practitioner for years before going on to run the Firestone Medical Center from 1992-2003. Later he was appointed chief medical doctor at the JFK Medical Center. Brisbane was buried on his farm on the outskirts of Monrovia the day he died.

Dr Melvin Korkor, a former student of Brisbane’s, who worked for years alongside him at the emergency ward in JFK hospital, spoke of what it was like to work with Brisbane. Korkor works at Phebe Hospital in Gbarnga, a town in Bong County, central Liberia, and he also contracted Ebola while treating patients, but survived.

“The last time I saw him was in the Ebola isolation ward where I had also been taken after testing positive for Ebola. When he saw me, he said: ‘my son what are you doing here’?  And he passed by me and wished me well. But a few days later his own condition became very worse and he died,” said Korkor.

When he reached retirement age Brisbane settled his family in the US but decided to return to Liberia to serve his country. “Imagine a doctor putting aside all his wealth and refusing to stop work just to help his people. When I heard he died I wept for hours for him putting his life at risk and losing it because of his humanity… Liberia has lost a great mind and a humanitarian.

“It is a great loss. I am worried about the future of this country. All I can say is ‘Dr Brisbane you are a hero. You fought a good fight and you won the race.’ May your soul rest in perfect peace.”

Dr Sheikh Umar Khan who died in July 2014 after contracting the Ebola virus through treating patients at Kenema hospital. 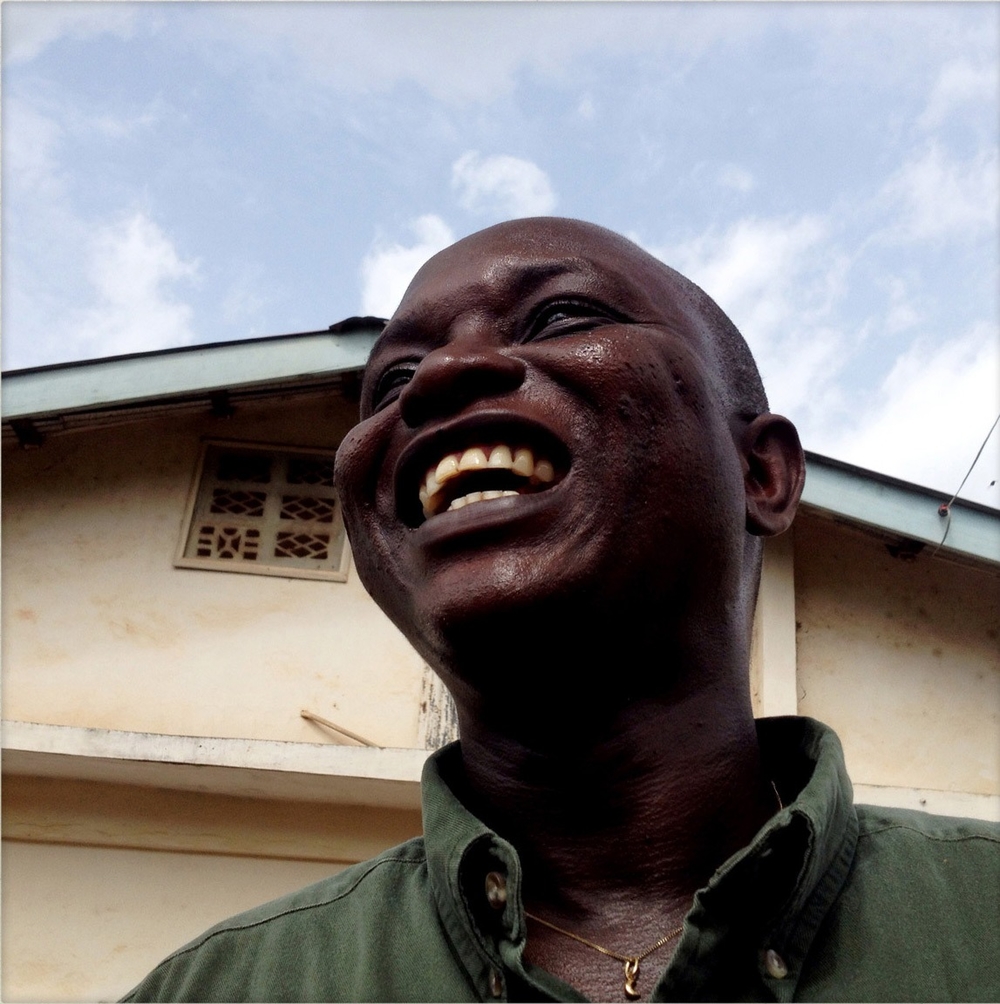 On 29 July Sierra Leone lost its top virologist, Dr Sheikh Umar Khan. He died from Ebola, the very disease he had spent two months fighting in a government hospital in the eastern town of Kenema. In a country where few doctors had experience of viral haemorrhagic fevers, Dr Khan had built a reputation for himself as an expert in the field. Since 2005 he had been in charge of Kenema government hospital’s Lassa fever programme, for some of that time doubling as a UN consultant on Lassa fever.

Michael Vandi, a public health officer at the hospital, knew Khan well. “Before this Ebola we used to watch football together,” he reminisced, adding that Khan was an ardent Manchester United supporter. “He was a dedicated worker,” said Vandi. “He loved his job because he loved his people. He died because he loved his people.” Vandi described the 39-year-old doctor as a socialite. “He was approachable by all. Always respectful,” he told IRIN.

Others who worked under Khan at the hospital voice the same opinion, including James Mansaray, who worked in the laboratory with him. Mansaray said Khan's respected status in medical circles never went to his head. “Despite his position in the medical world he would always listen to you,” he said.

Khan, who hailed from the northern Port Loko District of Sierra Leone, tested positive for Ebola on 22 July and was immediately sent to an Ebola treatment centre run by medical charity Médecins Sans Frontières in the far eastern district of Kailahun. At first, reports suggested his condition was improving. There were plans to evacuate him for further treatment in Europe, but his health later deteriorated rapidly, culminating in his death on 29 July.

On 12 August the New York Times reported that there had been discussions about treating Khan with Zmapp, the “secret serum” later used on two US doctors and a Spanish priest in Liberia. Ultimately the decision was taken not to administer the drug. Neither Khan nor his family were consulted.

It is unclear how he contracted the disease. MSF staff and health workers at the hospital told IRIN he took meticulous care to avoid catching it. But by this stage the treatment centre had become a death trap. Twenty-two health workers have now died from the disease in this one site, amid concerns over the lack of safety protocols. The reason Khan had to travel the bumpy three-hour journey to Kailahun was that nurses at Kenema had gone on strike after three of their number died the previous weekend.

Many in Kenema describe Khan as a hero. “That man is not just a hero for Sierra Leone,” said one motorbike taxi driver sipping sweet tea in a Kenema teashop. “"He is a hero for all of Africa.” At the hospital he is revered. Since his death, banners depicting his portrait and “RIP doctor Khan” have been strung up throughout the compound.

Khan's death is not without a silver lining. For many, seeing the country's leading virus doctor himself succumb to Ebola forced them to accept the virus was real. During the early stages of the outbreak the denial of Ebola's existence made it harder to contain the outbreak. But Khan's death was the turning point for many, including the man in the Kenema teashop.

“Before, we did not believe Ebola was there,” he said. “But after Dr Khan died now everybody knows it is real.”