The cost of health care is throwing many poor Afghans into a cycle of debt. While most now have access to basic public health care, the quality is so low that many patients seek out private services at a higher cost than they can afford - driving some of them further into poverty.

When Reza Gul’s children get sick, she takes them to a private clinic. Like most Afghans, she thinks she will get better health care there, so she forks out 2,000-3,000 Afghanis (US$35-53) for each visit.

But in order to do so, her jobless husband is forced to borrow money. They have had to borrow 35,000 Afghanis (US$615) to cover health costs. In the winter, her family migrates to Pakistan in search of work and then comes back to Afghanistan during the summer, when employment opportunities pick up in the capital Kabul. They fear they may never be able to repay their debts.

According to a recent report by Médecins Sans Frontières (MSF), which surveyed 700 patients in four provinces, 44 percent of respondents were forced to sell their possessions or borrow money to get health care during a recent illness.

“When families get into debt, they cannot afford proper food. Their kids get sick, and malnourished and it creates this perpetual cycle,” said Edi Atte, the field coordinator at Ahmed Shah Baba Hospital in Kabul.

“They have to borrow money from a neighbour or someone who has money in order to take care of their child.

“The children can die from something simple, something easy to cure in the hospital. This cycle affects their whole life. The next time around, maybe they cannot get the money. Another child dies. Or if they do get the money, it just adds to the debt they already owe.”

Two in three people who described their household as “poor to extremely poor” in the MSF survey (living on US$1 a day or less) had paid an average of $40 for health care during a recent illness. One in four spent more than $114.

“Most people seek private services over governmental ones because their services are of higher quality,” said Mohammad Amin, a supervisor at Ahmed Shah Baba Hospital. “And if you compare people’s income to the cost of the health services, the cost is higher than their income.”

But even the private healthcare system pales in comparison to neighbouring countries such as Pakistan and India, according to Amin, prompting Afghans to travel abroad for care. MSF found that 65 percent of those who went to Pakistan for treatment were forced to borrow the money or sell goods to make the trip.

The public health system presents its own very serious risks.

Recently, a young woman in Paktia Province was sent to hospital due to complications during pregnancy. On the way, the woman went into labour, according to a woman who accompanied her to the hospital and gave only her first name, Leila. The baby, a stillborn, was only partially delivered - only the head and one hand had exited the mother’s body.

“When we reached the hospital, it was night time,” Leila told IRIN. “The baby was still half-delivered and the woman was in bad condition, but the female doctors told us they could not admit the patient because it was too late.”

"When you’re sick, you have to spend a lot of money in private clinics. We don't have money and we can't afford it, so we go to the public clinic. They don't have a lot of medicine and qualified people, so we just take the medicine we're given and wait. We hope and see if we get better - or we die"

The women turned back. By the time they got home, the mother was also dead.

“We had to pull the baby out of the patient’s body,” said Leila, visibly distraught.

Nearly 20 percent of patients interviewed by MSF had had a family member or close friend die in the past 12 months due to lack of access to health care. According to the report, the three main obstacles to accessing health care, in cases where its inaccessibility resulted in death, were lack of money, long distances, and conflict.

Leila, a grandmother living in a household with more than a dozen family members, cannot afford to go to private clinics in her province of Paktia.

A typical Afghan family living in the capital Kabul. The children are malnourished and have health problems. The father is a laborer, but has trouble finding work and money to feed his family. They have accumulated a large sum of debt. (2011) 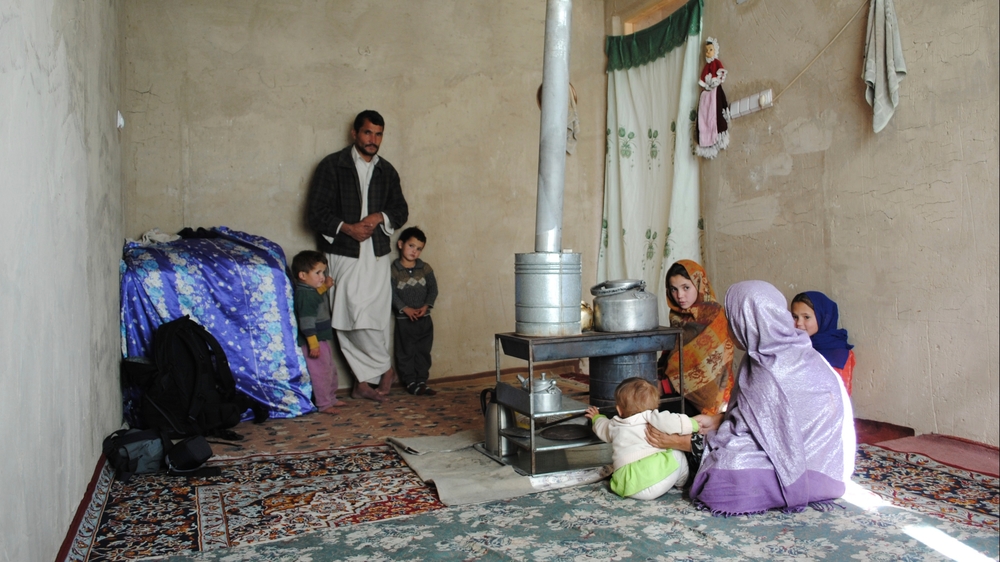 “When you’re sick, you have to spend a lot of money in private clinics. We don't have money and we can't afford it, so we go to the public clinic. They don't have a lot of medicine and qualified people, so we just take the medicine we're given and wait. We hope and see if we get better - or we die.”

The public clinic in her village closed after the Taliban fired rockets on it.

Leila and her husband heard that MSF provided free, quality care so they risked a dangerous five-hour trip to get their pregnant daughter-in-law to MSF’s maternity hospital in Khost. The trip cost the equivalent of $80 - they used their savings from selling pine nuts, but had to borrow $50 to make up the shortfall.

While health costs place considerable strain on people from all strata of society, the poor are hit particularly hard. A 2010 Afghanistan Research and Evaluation Unit (AREU) report found that some families were refused treatment in private clinics because they could not afford it.

In line with Afghanistan’s constitution, primary health services, including medication, at public facilities is free. But stocks often run out, and patients are then forced to buy the medication in private pharmacies or at the bazaar.

The MSF survey showed that 56 percent of patients interviewed who visited a public facility paid for all their medication.

“Often, the doctor has a relationship with a pharmacy,” said Ahmadullah Safi, a medical staff member at Ahmed Shah Baba Hospital. “When people go [to the doctor], maybe they don't need an antibiotic, they need something else. But to do their business [and make money], the doctor prescribes a lot of medicine.”

The private sector accounts for 70 percent of the largely unregulated pharmaceutical market - a system that is contaminated with “substandard, falsified, counterfeit and diverted” medicine, says one report published in what has since been renamed the Journal of Pharmaceutical Policy and Practice.

For Najibullah Safi, a primary healthcare officer at the World Health Organization, the Afghan health sector is doing the best it can under challenging circumstances.

“There are certain standards that must be followed and we are following those standards. If we compare to some other places, definitely there are a lot of problems with quality… but the types of facilities that are locally acceptable or feasible at this stage are available here.”

According to the World Bank, 85 percent of the Afghan population lives in districts with facilities able to deliver a basic package of health services; and around 60 percent live within one hour’s walking distance of a public health facility.