Healthcare needs are changing in the Arab world, and chronic diseases linked to rising prosperity and aging populations are forcing health services to retool, even as the region grapples with political turmoil and uncertainty.

Health in the Arab World: a view from within, a new series of papers put together at the American University in Beirut and published by the medical journal The Lancet, examines these changes and challenges.

The series looks at the situation across the Arab League, including, at one end of the scale, Mauritania, Somalia and Yemen, and at the other end, the wealthy Gulf kingdoms. While there are still countries with high levels of child mortality and malnutrition, the region overall has seen remarkable progress over the past 20 years, according to the Global Burden of Disease data, on which the reports are based.

In 1990, malnutrition was still in the top 10 causes of death in the region; by 2010, it had dropped to number 16. Malaria, measles, tuberculosis and meningitis are also down. The biggest killers today are two non-communicable conditions - heart disease and stroke.

These, along with diabetes, are responsible for a huge and growing burden of chronic ill-health. While this is true in many regions, the Arab world, especially the middle and higher income countries, has particularly strong risk factors: rich and sugary diets; lack of exercise, particularly among women; and very high rates of smoking.

Six out of the 10 countries with the highest incidence of diabetes in the world are in this region. “Most of the Arab countries' ministries of health are very good at treating,” said Ali Mokdad, a professor at Seattle's Institute of Health Metrics and Evaluation. “But we need to put more effort into prevention... This is a must for us in the Arab world, to engage the medical system in prevention. We will fail if we don't do so.”

Women in particular face pressures that militate against healthier lifestyles. “Most women would love to go to [the] gym or play sports,” Egyptian healthcare worker Fawzeya Abdel Aizem, 48, told IRIN. “In the past, men used to like overweight women, but nowadays it’s the opposite. Cultural norms have changed. Women think differently. Whether housewives or working women, they’re no longer happy about being fat. They would like to go to gym and lose weight. But it’s about financial status and time.”

“The war on terror has blurred a lot of the relationships between military and civilian, between healthcare and warfare, and we see how these lines don't exist anymore”

At a meeting in London to launch the series, speakers recognized that promoting good health requires action beyond the remit of health ministries. Measures to reduce smoking, for example, are complicated when eight of the countries in the region have state-owned tobacco companies.

Mokdad stressed that the situation requires urgent action, as it is likely to worsen. “Keep in mind that 70 percent of our population in the Arab world is less than 40,” he said. “So we are looking at a nightmare coming ahead of us in terms of the burden of chronic diseases. Even if we maintain the same levels, the fact that our population is increasing and we are ageing means we will be faced with a larger problem.”

The region is also afflicted by an unusually high - and rising - incidence of major depressive disorders and anxiety, especially among women. Even in peaceful parts of the Arab world, stresses on women have grown. Times are hard economically, and as the region undergoes urbanization, people are losing their support networks of friends and family. Women, in particular, become very isolated.

The expectations placed on married women to manage their households can be stifling. “Women are responsible for everything, even if they work. That includes raising their kids, taking care of them, cooking,” says Nariman Mohammed, a retired Egyptian accountant.

“My daughter, for example, has kids and has no time to think of anything else other than educating her children. She has to sit literally next to her son, in his first year of college, for him to study because he’s so dependent on his mother.”

Hoda Rashad, a social science professor at the American University in Cairo, told IRIN: “We are still, in the medical profession, focusing on the mortality indicators. However in all our countries we are feeling that the frustration of people is quite high. Much more needs to be done on understanding the burden of mental health, but also linking it to some cultural determinants... If you are a woman and you are educated and have some income in your hands and then you are denied your potential, there is frustration. That's part of it. The other part is that when you are from some social group and public policies do not protect you enough, so you are under threat - these are our diseases now.”

The most recent Global Burden of Disease data is from 2010, but health conditions are known to be worse in areas where fallout from the Arab Spring and the “war on terror” have led to ongoing conflict.

In the Levant, which previously had some of the best health services in the Arab world, healthcare systems have been devastated. Refugees are streaming across borders, from Syria and Iraq, often requiring healthcare. Many are members of the middle class, living independently in urban areas rather than in camps, placing the burden on local healthcare providers. 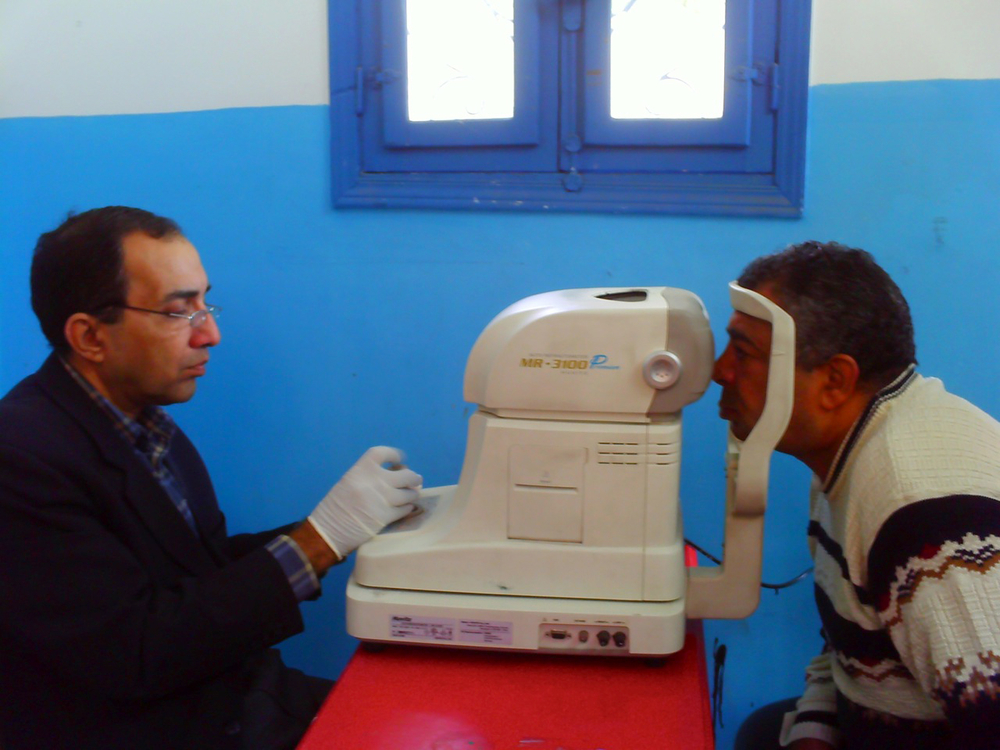 Iraq, which used to have a strong national health system, now rents whole wards in public hospitals in Lebanon to accommodate patients it can no longer treat inside the country.

Omar Dewachi, of the American University of Beirut, told the London meeting: “The war on terror has blurred a lot of the relationships between military and civilian, between healthcare and warfare, and we see how these lines don't exist anymore… One of the things we talk about is how healthcare, or medicine and health, has become not only just an outcome of war but also a tactic of war. It has been used by states and militias, state and non-state actors, in the practice of war.”

He cited the example of attacks on hospitals in Bahrain by government forces, which accused the facilities of treating opposition activists.

Some of the authors of the series saw the Arab Spring, with its original agenda of greater social justice, as an opportunity to improve access to healthcare. User fees are still in force in the Arab world, though they have been abandoned elsewhere; across the region, between 50 and 70 percent of healthcare costs are now paid out of patients' pockets, a burden that falls most heavily on the poor.

In a paper on four of the Arab Spring countries - Egypt, Libya, Tunisia and Yemen - the authors point to European and Latin American countries where revolutionary movements and social unrest were drivers for the provision of universally accessible healthcare. This has not yet happened in the recent uprisings, in which the most vociferous demands have been for political and economic concessions.

Yet universal access will prove increasingly important as the region shifts away from infectious diseases and towards chronic conditions. While a poor family may be able to afford occasional private treatment for acute illnesses, the burden of chronic care can only be borne by strong public healthcare systems.

The authors call this “a golden opportunity to capitalize on the social equity dynamic” created by the uprisings. But they also warn: “If policymakers and societies in Arab countries with uprisings do not focus on universal health coverage, it will be lost to the many other priorities and challenges that these countries are facing.”