Levels of cooperation on people smuggling between Indonesia and Australia have sunk to a new low following claims by Jakarta that the Australian Navy turned back a boatload of asylum seekers on 19 December 2013, and another on 7 January, without first notifying them, officials say.

"Our position is very clear. We do not agree with the ‘turn back boats’ policy,” Dewi Wahab, the Indonesian Foreign Ministry's director for East Asia and the Pacific, told IRIN. "This could be interpreted as infringing on our sovereignty.”

Her comments follow allegations in early January that two boats carrying approximately 100 asylum seekers from the Middle East and North Africa were discovered in Australian waters near Darwin and towed back to Indonesia.

“The Australian government sees the violation of its borders by the activities of criminal people smugglers as a matter of national sovereignty,” Scott Morrison, the Minister for Immigration and Border Protection, countered from Canberra, the Australian capital.

Indonesia and Australia are co-chairs of the Bali process (a regional 50-member mechanism established in 2002 to combat people-smuggling), but the Australian government's stringent new policies, such as the Regional Deterrence Framework puts regional relations - and the lives of asylum seekers - at risk, say Indonesian officials and refugee rights advocates.

Since the 1990s, the Indonesian and Australian defence forces have worked together extensively, signing the Lombok Treaty in 2006 and the Defence Cooperation Agreement in 2012 to heighten border sovereignty and strengthen maritime security.

Under the Lombok Treaty, the two countries agreed to share intelligence information and protect mutual border interests, according to local Indonesian news sources. While the agreement still stands, “[our] focus on regional cooperation to combat people smuggling is single-mindedly on deterrence measures,” said Morrison.

The Bali process encourages states to share responsibility for irregular migration and develop protocols for maritime rescues, which are fundamental in “mitigating the risks that people face when taking to the seas,” said Vivian Tan, the regional spokesperson for the UN Refugee Agency (UNHCR).

Australia says they are not deviating from the Bali process, but undertaking unilateral actions to deter refugees can be considered as such. “The Australian government is refusing to collaborate in the implementation of a regional framework that focuses on protection [of asylum seekers],” said Oliver White, the head of advocacy for Jesuit Refugee Service (JRS), a Sydney-based humanitarian non-profit that offers shelter to Australia's landed refugee claimants.

Boats like these are commonly used by asylum seekers out of Sri Lanka to reach Australia. The Australian Government has reported a sharp increase in the number of Sri Lankans arriving in Australia in the first half of 2012 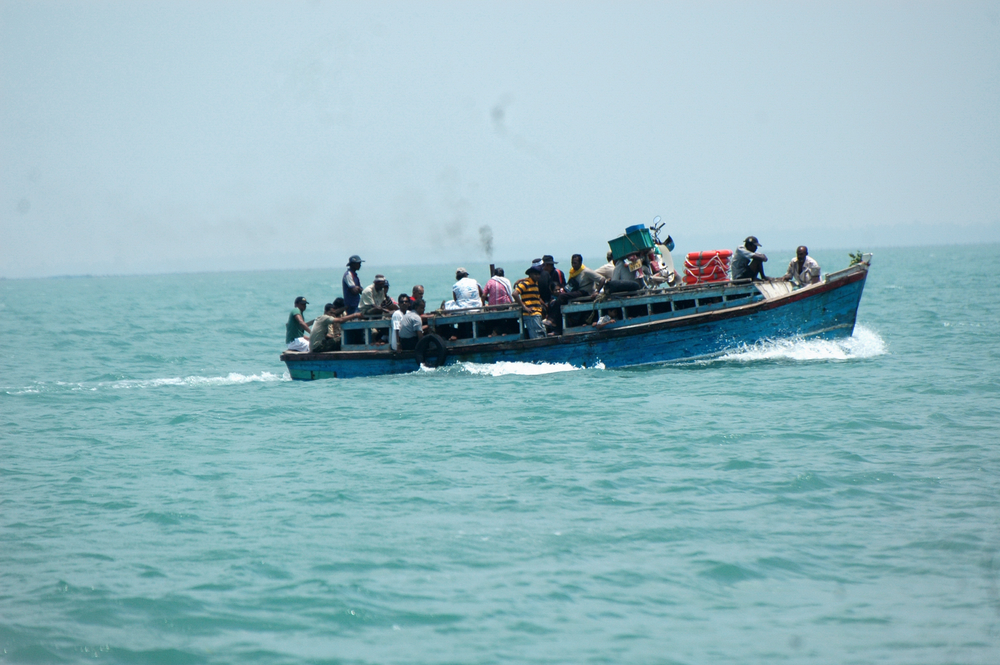 Australia has experienced a recent surge in boat arrivals. In the decade from 1998 to 2008, the country received 222 boats, compared to the following three years, when 338 boats landed on Australian shores, the government reported.

In September 2013, Australia introduced Operation Sovereign Borders, a military-led initiative comprising the department of Immigration and Border Protection, and the Federal Police. “[We] will take all necessary steps to protect Australia's sovereignty, consistent with our domestic laws and international obligations,” said Morrison.

Between mid-September and end of December 2013, the Australian navy intercepted 22 boats carrying 1,106 people, who were then taken to offshore detention centres on Christmas Island - which is part of Australia even though it is only 380km south of Java - and to Nauru, an island country in the south Pacific, or Manus Island, a part of northern Papua New Guinea, where conditions have been heavily criticized by human rights watchdogs.

Despite getting less than seven percent of the total asylum claims received by industrialized countries in the first half of 2013, according to UNHCR, Australia has been sending asylum seekers to offshore processing venues since 2001. The navy can also legally remove ships from its waters, according to the 2001 Border Protection Act.

Indonesian police work with Operation Sovereign Borders to arrest people smugglers, according to a press statement made last year by Angus Campbell, the commander of the operation’s Joint Agency Taskforce.

But according to Indonesian officials, the recent boat push-backs violate the agreement between the neighbouring states to use the Bali Process' Regional Cooperation Framework. “The issue of migration needs to be addressed through the Bali process,” Wahab said.

Indonesia hosts its own share of refugees and asylum seekers, with more than 10,000 documented in 2013. “As a transit country, we are also a victim of people smuggling,” said Wahab.

“The growing trend of irregular maritime movements is a global challenge that is bigger than one or two countries,” said UNHCR’s Tan. “The solution [is] not in unilateral actions... now, more than ever, the international community needs the support of countries like Australia,” she noted, referring to the millions of people displaced by brutal conflicts in Syria, Sudan and the Central African Republic.

“Only by working together with origin, transit, and destination countries, alongside the UNHCR and IOM [International Organization for Migration], can there be a way forward,” said Wahab.