Plans by Burundi’s government to make radical amendments to the constitution have raised the political temperature in a country striving to overcome the effects of a civil war fought between 1993 and 2005.

Opposition parties accuse the government of unilaterally pushing for changes that would strengthen the executive and upset a delicate balance of power - between the country’s Hutu majority and Tutsi minority - enshrined in the Arusha Peace and Reconciliation Agreement for Burundi, which was signed in 2000. (The country’s last rebel group only gave up the fight five years later.)

A prominent opposition politician, former vice president Frédéric Bamvuginyumvira, of the Front pour la Démocratie au Burundi (FRODEBU) party, was arrested on 5 December, a few days before the scheduled date of a demonstration called to protest the amendments. Initial charges of adultery and planning rebellion were dropped but one of attempted corruption remains in place.

The demonstration was cancelled at the last minute, although it was not clear if this was due to the stated reason of mourning the recently deceased former South African president and Arusha talks chairman Nelson Mandela, or because the police had made it clear they would deal robustly with what they regarded as a threat to law and order.

Around the same time, the Episcopal Conference in Burundi - which is predominantly Roman Catholic - sounded a note of alarm about the current “overheated political climate”, warning in a statement that “a constitution adopted with neither dialogue nor consensus risks compromising our peace and reconciliation process.”

The bishops called for most of the proposed changes to be shelved until after elections are held in 2015. The opposition boycotted legislative and presidential elections in 2010 after accusing the government of fraud in earlier local polls.

Shifting the balance of power

The most important among the dozens of amendments are proposals to: replace two ethnically balanced and equally powerful vice presidential posts with a largely ceremonial vice president and a powerful prime minister; reduce the vote-passing requirement in parliament from two-thirds to a simple majority; prohibit judges, defence and security personnel from forming unions and holding strikes; allow only degree holders to run for the presidency; and restrict parliamentary representation to parties that win at least five percent of all votes cast.

The challenge moving forward for Burundi would be to see that, come 2015, all stakeholders come to an agreement that this time around they can all stand and agree to the outcome of the elections

The vice presidential changes, according to Bamvuginyumvira, who spoke to IRIN in late November, would “destroy the spirit of the Arusha accord. We have to share power through all administrative structures, the government, parliament, territorial units. ”

The Arusha agreement, which was signed by nearly all political stakeholders, said the causes of the civil war, which claimed more than 200,000 lives, were “fundamentally political, with extremely important ethnic dimensions” stemming “from a struggle by the political class to accede to and/or remain in power”.

François Bizimana, spokesperson of the Conseil National pour la Défense de la Démocratie (CNDD) Party, told IRIN: “Parliament [now] requires a two-thirds majority to pass laws, but the proposals are calling for this to be amended to a 50 percent plus one vote majority; now Hutus alone can pass a decision.”

The opposition has rejected a plan to thrash out the constitutional disagreement in the National Assembly, saying the lower house of parliament should stick to voting on completed draft legislation and that it was not an appropriate forum for discussions on what form a bill on the constitution should take.

“But that does not mean that the head of state could not run for a third term. The constitution provides for two terms by universal suffrage. The first term was not a direct vote [Nkurunzia was appointed by parliament in 2005]. It’s a matter of interpretation of the constitution.”

This would “complicate issues as he has many young supporters,” added Pacifique Nininahazwe, a political analyst and civil society leader.

According to Bamvuginyumvira, the CNDD-FDD is hoodwinking citizens into accepting the proposed amendments. “They are going around asking people, ‘Do you want free health care?’ If they say yes, this is taken as an acceptance to amend the constitution through the back door.”

The 2010 boycott led to “institutions dominated by one party. The pulling out of the polls was disastrous for the country. Together, they [the opposition] had about 40 percent of the votes… they would have had some quotas in government,” said Nininahazwe.

“There is a lack of confidence in institutions in charge of organizing the elections and, consequently, distrust in the results of the elections. There is no trust in the police and in the judiciary, which is expected to settle all the problems inherent to the elections,” noted Julien Nimbubona, a professor of political science at the University of Burundi.

The government, for its part, added Nimbubona, shows disdain not only for opposition parties, but also for civil society, which is vibrant in Burundi, encompassing hundreds of different organizations.

“The government does not trust the civil society, which is said to be serving the interests of the international community. The government has a hostile attitude toward other partners due to the supposed partnership between them and the civil society and the media,” added Nimbubona. Burundi’s government recently approved a media law forbidding reporting on matters which could undermine national security, public order or the economy.

“The challenge moving forward for Burundi would be to see that, come 2015, all stakeholders come to an agreement that this time around they can all stand and agree to the outcome of the elections,”Parfait Onanga Anyanga, the UN Special Representative of the Secretary-General (SRSG) in Burundi and the head of the UN office in Burundi [ BNUB], told UN Radio. 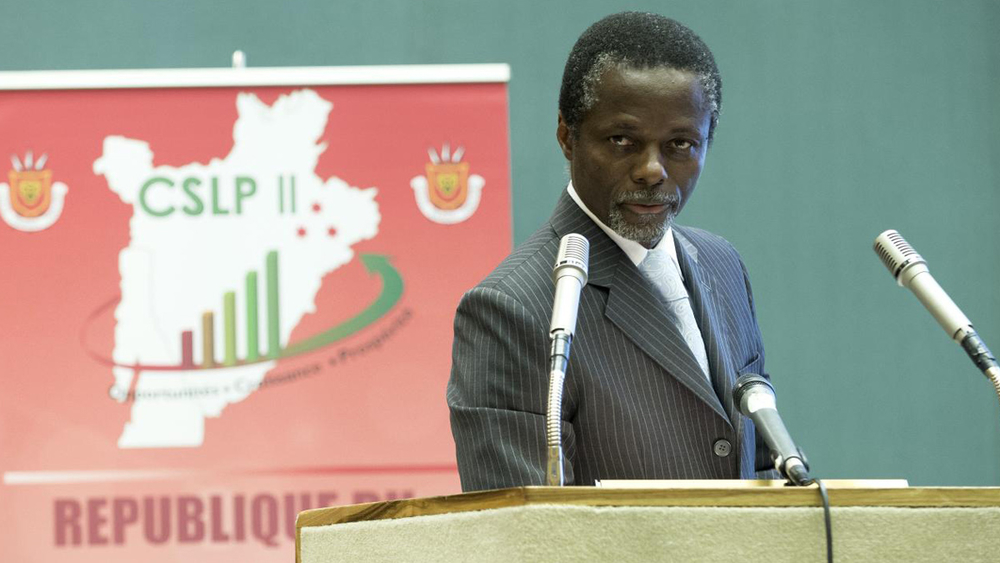 To IRIN, he added, “More can be done… to ensure people enjoy greater political freedoms and also to put an end to the worrisome trend of the political violence and the perceived manipulation of the youth in harassing political opponents.”

CNDD-FDD’s armed youths, the Imbonerakure (the Kirundi word for “those that see far”) have continued to attack and to disrupt opposition party meetings, eliciting condemnation and counter-attacks.

On this issue, the bishops at the Episcopal Conference spoke out against the “confrontational attitude that is growing among political actors [and] between the youth leagues of political parties. Once again we call for [a] path of non-violence to be given priority so that our country is not rocked by fresh violence.”

“We should never lose sight of where we have come from: for most people, the scars of war are still fresh,” they added in their statement.

The Episcopal Conference also voiced support for the UN Office in Burundi (BNUB) - which the government has said it wants to see closed on the grounds that the country is now at peace - pointing out it had played a key role in facilitating dialogue between various political actors.

It was under the auspices of BNUB that political parties and civil society signed up, in March 2013, to a roadmap aimed at creating a secure environment ahead of the 2015 polls.

“So far, we have had good progress,” said Onanga-Anyanga. “Since March, we are very pleased to see that the majority of the opposition politicians who had gone into exile have returned. Most importantly, it is fair to say that, overall, the situation has improved. Opposition leaders are free to go around the country.”

He added that key players had agreed to meet every three months “so that they have a framework for raising issues, challenges… and also taking stock of their own commitments to renounce the violence so that by the time they get into May-June 2015, we have a conducive environment for the holding of free and fair and transparent elections in Burundi.”