More than four years after Pakistan’s army launched a major offensive against Islamist militants in Swat Valley, close to the Afghan border, security has yet to fully return to the mountainous district, once a major tourist attraction.

Troops had been set to withdraw last month, but on 15 September this was put on hold when an improvised explosive device (IED) killed Pakistan’s top military commander in Swat District, part of Khyber Pakhtunkhwa (KP) Province. The 2009 offensive sparked a major humanitarian crisis that displaced more than 2.5 million people.

“The army is still there because the leadership of [militant] groups has not been eliminated,” a senior military officer in Swat, who declined to be named, told IRIN. “They [the Swat militant leaders] are sitting in Afghanistan waiting to come back.”

Thousands of troops arrived in May 2009 to fight a counter-insurgency offensive against forces led by Maulana Fazlullah, a local militant allied with the Pakistani Taliban who led a campaign to impose a harsh version of Sharia law.

An entire division is still stationed in Swat. Army and Frontier Corps soldiers man checkpoints, and are posted every few hundred metres along main streets in towns like Mingora.

The army is present on the peaks of mountains surrounding the valley and on tall buildings in urban areas. In many cases, homes and commercial areas near checkpoints are still used by the army, surrounded by concertina wire.

The Swat Museum - which housed an important collection of ancient artefacts from the valley's past - was severely damaged by the Taliban in 2009. Its location, next to the administrative offices in the district capital, Saidu Sharif, made it an ideal location for the military, which still occupies the site today.

Across Swat river, in the town of Kanju, troops are stationed in a government college for girls. A few kilometres away troops also occupy the region's main airport, where daily flights once flew in tourists from nearby Islamabad.

Hundreds of NGOs ran projects in Swat following the return of displaced people in 2009, but many chose to work directly with the military instead of the provincial government because of the corruption, according to Muhammad Amir Rana, director of the Pakistan Institute for Peace Studies, an Islamabad-based think tank. However, with a new provincial government, attitudes have shifted, particularly with plans for the military to withdraw.

“The withdrawal [from Swat] was much called for,” Rana says, “by development partners and even by the local people. It's very important that government transfer power to civilians.”

The Pakistan Tehrik-e-Insaaf party, led by former Pakistan cricket captain Imran Khan, won a major victory in the province in general elections this May after campaigning on a platform that included a phased military withdrawal from Swat.

Rana does not think Taliban leader Maulana Fazlullah could retake the valley even if the military leaves. Fazlullah is now thought to be hiding in Afghanistan's Kunar Province. “The military has broken his back, and the local population... will no longer provide space for him to operate,” Rana said. He acknowledges though, that the Taliban could easily carry out attacks in the region.

That is why some locals are worried about the withdrawal. “We won't know if there is really security here until the army leaves, right?” Ali, a sandwich seller, told IRIN. “I am sitting here and the army doesn't bother me. With them here, at least people like me can go about our daily business.”

Meanwhile, the army has been putting down roots in the area, with plans in the works for a “cantonment” that will house officers and their families near Mingora.

The last major mass attack in Swat was in January, when a bomb targeting a meeting of the Tablighi Jamaat - an Islamic reformation movement - killed 22 at a mosque in Mingora.

The Taliban have also carried out regular targeted killings of civilians suspected of cooperating with the military. On 1 September, a member of an Amn (Defence) Committee - set up to help the military develop liaison with civilians - was shot dead in Matta. The next day, gunmen killed a preacher from the Tablighi Jamaat in a mosque in Swat’s Bahrain region.

On 5 October, two Amn Committee members were killed in Charbagh. “Every month, one or two [committee members] are killed by the Taliban,” Haroon Siraj, a Pakistani journalist based in Mingora, told IRIN.

An aerial view over towns in Swat Valley 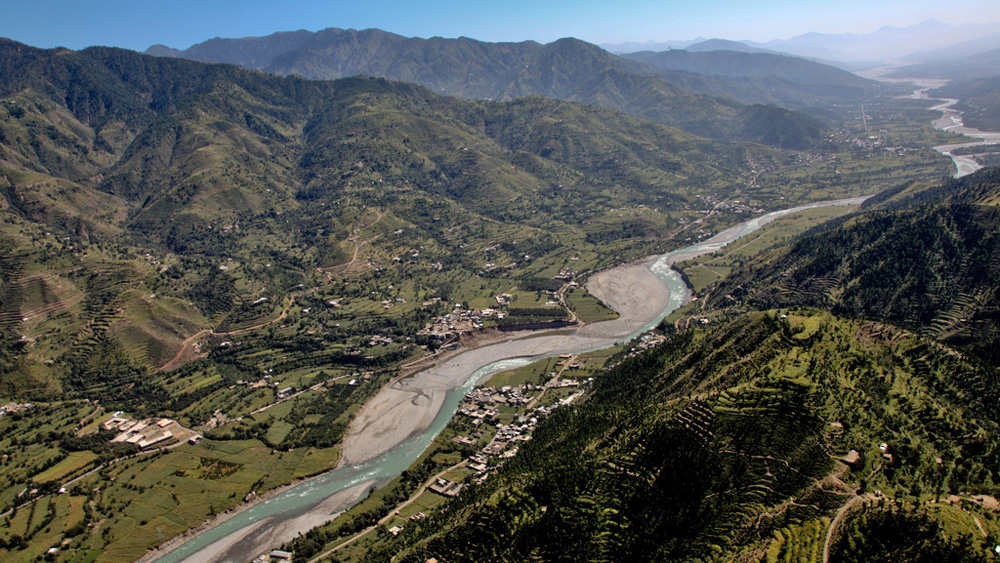 “No doubt terrorist activity is still going on,” the senior military officer from Swat told IRIN, “but it is still less than compared to the rest of the country [where in some cases] hundreds of people are being killed daily.”

Mujeedullah Khan walks with a limp, an injury sustained when a mortar fired by the Pakistani army landed on his home in 2008 in the village of Kuza Bandai, north of Mingora.

His brother, Sher Muhammad Khan, an outspoken critic of the Taliban, was killed by gunmen in 2010. “I remember seeing people I knew from the village dragged up the street past my house in the morning by the Taliban. In the evening, men would walk back holding their heads [by the hair], one in each hand,” Mujeedullah Khan told IRIN. “It’s clear that the army has brought security - you don't see Taliban like that [any more].”

But there are widespread reports of missing civilians - estimated by some to number as high as 4,000 - who are presumed to have been picked up by the military on suspicion of being militants or militant sympathizers.

“We get women, children, coming to our `hujra’ [public reception] every day asking for help to find out where their men are,” Khan told IRIN. Many of the families claim their missing relatives were picked up on trumped-up charges, or were fingered by Amn Committee members seeking to settle personal vendettas.

Beyond security concerns, there are a number of practical reasons for the military to stick around in Swat. The valley has been hit by a string of emergencies: a major earthquake in Kashmir in 2005 caused more than 400 deaths in Swat; an insurgency that started in 2007 is still ongoing; major floods occurred in 2010; and there has been an outbreak of dengue fever in the last few months.

The military - keen to win local support in its battle against militants - has helped fill in for a largely ineffective civil administration, say analysts, with projects such as the construction of dozens of temporary bridges.

“After the 2010 floods, we needed the army,” aid worker Zahid Khan told IRIN. “It was [already] here and it took action.”