Health officials are struggling to stem alarming rates of HIV among men who have sex with men (MSM) in Thailand.

According to a new report released on 28 June by Thailand’s Ministry of Public Health and the US Centres for Disease Control and Prevention (CDC), the HIV prevalence among MSM has risen sharply, from 17 percent in 2003 to 29 percent in 2011.

The Thai government has begun to redirect funds to control the epidemic within the often neglected group. In 2009, less than 1 percent of HIV prevention resources went to MSM programmes. The next year, funding increased to more than 5 percent and then up to 8 percent in 2011, according to a UNAIDS report.

External donors still finance 90 percent of HIV prevention services for MSM and other at-risk groups, which are carried out by NGOs and community-based groups, government officials said.

This year, Thailand’s National AIDS Management Centre has made MSM interventions the top priority, after finding that MSM accounted for 41 percent of all new HIV infections in 2012.

Furthermore, the government is debating whether to distribute antiretroviral drugs (ARV), typically used to prolong the lives of people with HIV, for pre-exposure prophylaxis in at-risk groups, Holtz said.

This method could prove valuable, especially for men aged 15 to 21, who have a 12 percent rate of new HIV infections per year, according to the Silom clinic study.

“You would be hard-pressed to find any population [in the world] that has an HIV incidence rate of over 10 percent,” Holtz said.

The emergence of casual sex websites and competitive gay nightlife venues, both of which attract young men, have helped fan the epidemic, said Nikorn Chimkong, president of the HIV Foundation Thailand.

“The gay business has changed so much,” Chimkong said. “It’s very easy to have sex inside these establishments.”

And while outreach programmes can pass out condoms and give safe sex advice to partygoers, advocates find it hard to reach MSM online.

“It’s very clear that there’s a lot of sexual networking happening,” said Alex Duke, programme manager at Population Services International Thailand (PSI), an international NGO that provides HIV-related services. “The challenge is how to use that same medium to get out behaviour-changing messages.”

PSI and its partners are exploring ways to use social media and websites to complement peer-based outreach, he said.

Interviews and focus-group discussions with young men revealed potential risk factors for HIV, including group sex, inconsistent condom use, being introduced to multiple sex partners by older MSM, and experimental drug use that can result in “poor judgment” during sex, Holtz said.

At the same time, less than 43 percent of all MSM surveyed in the clinical study had a previous history of HIV testing. 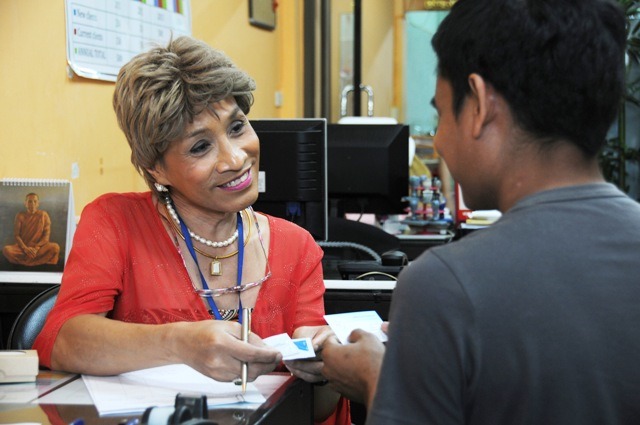 One possible reason for the lack of HIV testing and awareness is the reluctance to teach sex education in public schools, advocates say.

“The government doesn’t support it because they think young people will have more sex if they learn about it,” Chimkong said.

Experts fear the HIV rate could be higher than projected due to the low numbers of people getting tested.

To address this, PSI efforts have focused on a “test-and-treat” approach, with emphasis on HIV testing and ARV therapy (ART).

Siroat Jittjang, assistant programme manager at PSI Thailand, explained that those who test positive for HIV should quickly receive ART to reduce their viral loads, which “greatly reduces the chance for them to transmit HIV to others”.

Once people discover that they are infected, many suffer chronic depression and are afraid to seek treatment out of fear of social isolation or losing their jobs, advocates say.

“The first day I found out, I wanted to kill myself,” said Tong Raksakul, a gay man with HIV. “I was in shock because I didn’t have much sex.”

Later, Raksakul began to use his personal experience to help others. He now works as the programme manager for the Poz Home Center Foundation, which provides support and safe sex education to MSM living with HIV.

“We want them to have good lives and not spread HIV to others,” he said.