Amid the snipers, the rubble and the misery on many Syrian streets is another ugly phenomenon: garbage.

In Adel’s* hometown of Janoub al Malaab, a district of Hama city, piles of waste give off an odour that is nearly unbearable.

“You can see the dirt rot in the sun, and you can smell it. There are areas you cannot even approach because the stench is so bad,” said the local activist. “People are suffering from it.”

Solid waste disposal and collection has been severely disrupted in embattled areas of Syria, more than two years into a conflict that has spurred a public health crisis. In areas held by the rebels, the state has all but stopped providing waste collection services. Combined with worsening hygiene and soaring summer heat, the uncontrolled garbage is putting about five million people at risk of disease, according to Ahmedou Bahah, manager of water and sanitation programmes for the UN Children’s Fund (UNICEF) in Syria.

“In July, temperatures will increase to up to 40 degrees, which poses a significant public health hazard in connection with the lack of clean water supply and waste management,” he told IRIN.

In the embattled districts of Homs, state dustcarts have not been seen for the past 16 months, since government troops started a devastating military campaign. Instead, civil activist networks have sprung up, organizing committees tasked with cleaning the streets.

“We collect all the trash in one place until there is a heap as big as a mountain,” said Mohammed*, a local activist. Usually, the activists create makeshift dumpsters (piles of rubbish) in areas that are now empty because residents have fled.

“Once or twice a week, we’d get a truck and move it outside. It’s dangerous, though, because you have to pass checkpoints, and the soldiers often accuse us of smuggling weapons inside,” he said. “Sometimes people have been arrested, and sometimes they have forced us to unload everything.”

Local efforts are also hampered by the ongoing clashes and limited capacities.

“We’ve tried to solve this problem, but it’s still bad,” said Ahmed, an activist in Albara, a town of 20,000 in the Jebel Azzawieh region of rebel-held Idlib Governorate. “You can find volunteers to collect the trash for one day or two, but not every day, and we don’t have funds to pay salaries.”

In addition, Ahmed said, to take away the refuse, they need trucks and fuel, which is expensive and not always available. “It’s a big town, so you need at least three vehicles if you want to clear the streets, but sometimes we can find only one.”

“Whenever there is fighting, there is a problem,” said Adel, the activist in Hama. Though the city is militarily under regime control, public services have severely eroded, he said, while intermittent clashes make it difficult for the residents to clear their own streets. For instance, snipers sometimes make it almost impossible to cross the streets, let alone walk around and collect the rubbish, he added.

When the army seals off certain districts, activists sometimes cannot take out the waste for weeks. “Then we bury it in the ground because there is nothing else we can do,” Mohammed said.

Coinciding with a general collapse of infrastructure as well as a severe disruption of the health system - the World Health Organization (WHO) says at least 35 percent of the country’s hospitals are out of service - the pile-up of rubbish is likely to lead to a proliferation of diseases, according to Basel al Yousfi, director of WHO’s Centre for Environmental Health Activities in the Jordanian capital Amman.

“Waste accumulations in streets are breeding sites for pests such as mosquitoes, flies and mice that could transmit many diseases such as Leishmaniasis, causing epidemics and outbreaks, particularly in emergency and conflict situations,” he told IRIN.

In addition, al Yousfi warned, odours due to biodegradation might lead to serious respiratory problems.

Already, reported outbreaks of Leishmaniasis, a disease transmitted by a sand fly that leads to skin ulcers resembling leprosy, have increased dramatically. According to WHO, humans can be infected if bitten by female sandflies after they have bred in waste. Internal displacement and limited access to health care are also contributing to the spread of the disease.

Garbage piles up in Homs governorate. Waste management services have broken down in embattled parts of Syria 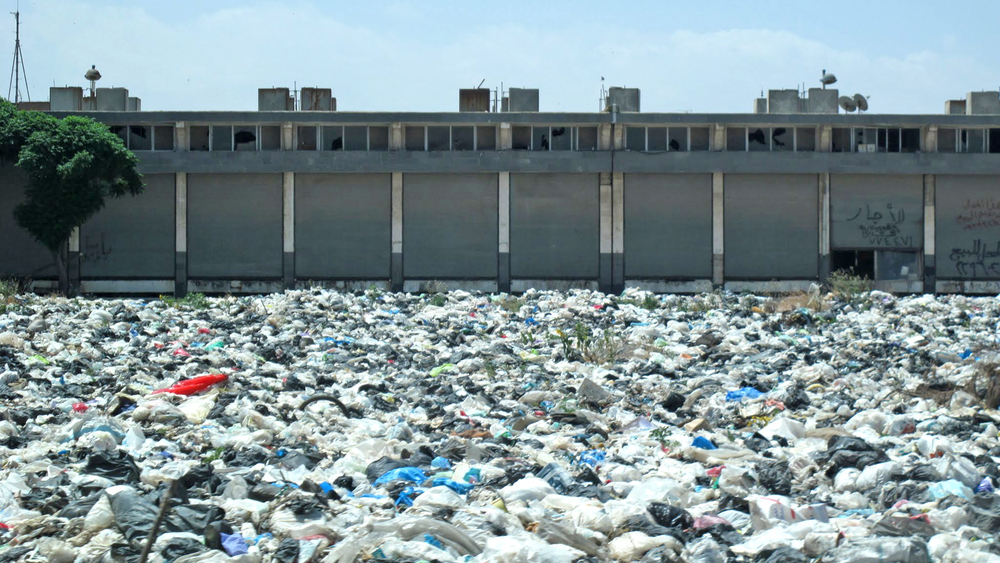 Leishmaniasis has been on the rise in the city of Homs, residents and activists say, but Aleppo city, as well as the rural parts of Aleppo and Homs governorates, are worst affected, with local NGOs reporting as many as 4,000 cases in each area.

“We cannot confirm these figures, but if hygiene standards continue to deteriorate, the spread of Leishmaniasis could reach catastrophic levels,” UNICEF’s Bahah said.

Insects, especially flies, have been multiplying since the start of the summer, said Ahmed, the activist in Idlib.

“You have Leishmaniasis in many places now. It’s gotten worse since the start of the summer. This is why we are now trying harder to take away the trash. People are starting to fear for their health.”

Though the rise of communicable diseases in Syria like typhoid, hepatitis, cholera and dysentery is mainly attributed to shortages of clean water - according to UNICEF, the availability of safe water in Syria is one third what it was before the crisis - the amount of waste putrefying in residential neighbourhoods is aggravating an already critical health situation.

According to WHO, acute watery diarrhoea increased by 172 percent between January and May 2013, from 243 to 660 reported cases. Hepatitis A increased by 219 percent from 48 to 153 cases in the same period.

As the peak of summer heat approaches, UNICEF has started implementing a contingency plan to reduce the risk of diseases related to hygiene and sanitation.

It is supporting communities collecting and transporting solid waste and working with local partners to raise awareness and provide hygiene items and pesticides. Civil society activists in Aleppo are also receiving support in garbage clean-up from the Jesuit Refugee Service.

“Security is one of the main problems,” Bahah said. “Sometimes trucks full of waste are unloaded three to four times at checkpoints before reaching the dumpsters. This is why we are negotiating with the authorities now.”

Rebel forces have also hampered attempts to bring the waste situation under control. On the highway between Hama and Homs, Bahah said, they have blocked aid convoys carrying petrol needed for the dust carts because they suspect the fuel will end up being used by the army.

In rebel-held districts of the capital Damascus, the Free Syrian Army (FSA) is trying to fill the gap left by the state. “But it’s obviously difficult because when there’s shelling, nobody cares about cleaning the streets. So, in some districts, the situation is disastrous. You even see dead animals lying in the streets.”

When the FSA penetrated into the city centre in July last year and clashes broke out, public services were suspended for about a week, highlighting the risks for a city of two million people. “It was horrible - there was waste everywhere,” said Modar, a local student who gave only his first name. “Now we can really picture what will happen if the FSA should one day enter the city centre.”