As Asia’s poorest country and the deadliest for aid workers, rugged Afghanistan offers a considerable challenge to humanitarian work.

But just as in parts of Africa, the only other area in the world with similarly poor infrastructure, rapid advances in information and communications technology (ICT) have had a profound impact on humanitarian activities over the past decade.

To make a phone call in 2001, the only option for many Afghans was a trip to neighbouring Pakistan. Now 85 percent of the population enjoys mobile phone coverage, and aid agencies are taking full advantage.

The country's four major operators (Roshan, AWCC, Etisalat and MTN) share 18 million subscribers, according to a 2012 report by Research and Markets.

Mobile Money, one of the most commonly used ICT services, allows Afghans to safely and securely transfer money, in some cases internationally, using mobile phones. Currently all four of Afghanistan's major telecommunications operators provide money transfers. In March, USAID partnered with other agencies to promote a new electronic salary payment programme. The project aims to disperse salaries to more than 30,000 teachers in about 200 schools across Afghanistan by 2014.

SMS or Interactive Voice Response (IVR) messages give Afghan farmers and traders information on crop and livestock prices in specific locations. In partnership with USAID and Mercy Corps, Roshan launched the Malomat service in 2010 - currently nearly 600 farmers and 19 traders are participating in 15 provincial markets. Malomat provides farmers and traders with wholesale prices for agricultural commodities - aiming to improve farmers’ livelihoods and thus providing a disincentive to farmers to engage in opium production.

Telemedicine: Afghan doctors are starting to use a new ICT service to access e-learning, training, management tips and tele-radiology (the electronic sharing of patient scans). Hospitals can have real-time access to medical experts outside the country. “In many areas, people cannot reach hospitals or clinics safely. And the end of winter is likely to bring renewed fighting, making the problem worse,” said Gherardo Pontrandolfi, head of the International Committee of the Red Cross delegation at a press conference in Kabul last week. “Fighting, roadblocks, roadside bombs and a general lack of security prevent medics and humanitarian aid from reaching the sick and wounded, just when they need it most,” he said. 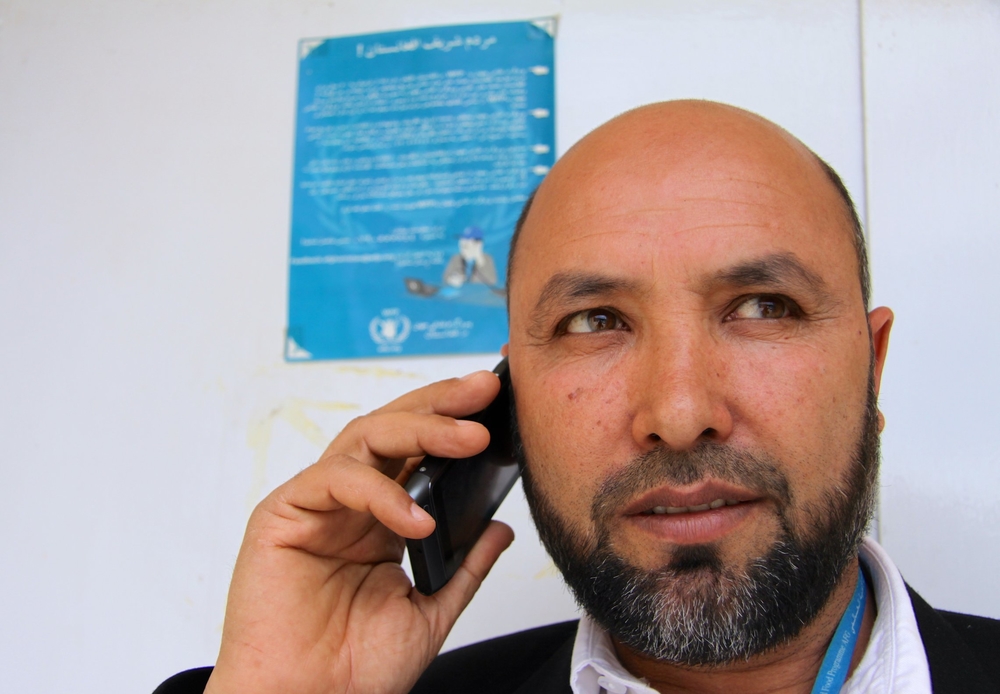 Emergency hotline services: WFP's Beneficiary Feedback Desk is an example of how such a service can improve the distribution of aid. The hotline was launched through a series of radio adverts in three provinces last year. The mobile phone hotline operators told IRIN they quickly started getting calls from all over the country. Operators call back those who hang-up after a couple of rings, in case they lack phone credit. They say they receive complaints and suggestions on aid delivery. One young Afghan woman used the phone line to expose a man in her village who had set up fake literacy classes to benefit from WFP aid. In another case, in an insecure and impoverished part of Ghor Province, students were able to use the hotline to negotiate the safe delivery of WFP aid - something that had not been possible for eight years.

Mobile teacher software: Ustad Mobil was designed to help tackle the country's illiteracy problem. A UN Assistance Mission in Afghanistan (UNAMA) project aims to improve literacy among the police force, an estimated 70-80 percent of whom are illiterate. The app adapts the national literacy curriculum so it can be taught on camera mobile phones, with slides, videos and quizzes. “The feedback has been positive,” said Mike Dawson, CEO of Paiwastoon Networking Service, the designers of Ustad Mobile software. “We expect students will reach level three, which means they will be able to read and write.”

Though many of these new technologies lack integration and are generally stand-alone operations, ICT has helped aid organizations improve monitoring, transparency and accountability, and provided greater access to vulnerable populations.

“Access is one of the biggest issues in a country like Afghanistan. We can only help those who we can access. There is always conflict in this country so we can't visit every part of the country to see who is vulnerable and who needs assistance,” said WFP information officer Wahidullah Amani.

“We have also been able to prevent food diversion and better monitor our food distributions, which in turn gives us opportunities to be more transparent and accountable to the people.”

But such developments in Afghanistan have not been entirely benign.

Mobile phones are frequently scrutinized at Taliban checkpoints to see if people have links with government officials or Western organizations. Being caught with a suspicious phone number or contact can lead to the loss of the phone, and in some cases a beating.