Read about what we achieved.
ISLAMABAD

Delivering humanitarian aid in northwestern Pakistan has recently been hampered by attacks on schools, aid workers and polio vaccination teams, and bureaucratic procedures for aid projects are making matters worse.

Since 2005, procedures to obtain No Objection Certificates (NOCs) for projects and travel have made it more difficult to deliver vital aid, and in at least one case, led directly to the cancellation of projects.

“We had applied for a project implementation NOC to begin a project in livestock in the Kurram Agency to the FATA Disaster Management Authority in February, and had planned the project in December last year, but have still had no response,” said Anwar Shah, CEO of the Peshawar-based national NGO Shid, which works in livestock, livelihood and education.

“Now the local livestock authorities in Kurram say it is too late to start - so everyone suffers.”

Hearing reports of delays, the UN Office for the Coordination of Humanitarian Affairs (OCHA) set about getting a more comprehensive picture by gathering data from agencies operating in the area.

“The problem is not a new one. It has been there for some time, but now rather than just anecdotal accounts, we are trying to properly monitor the situation and create a database to engage the authorities on this issue based on evidence,” Christina Alfirev, OCHA humanitarian affairs officer in Islamabad, told IRIN.

Of the 18 humanitarian agencies who submitted data on NOC project requests in January and February, related to 27 projects, 21 were still being processed; only five had been approved and one had been rejected without explanation, as of early March.

"There is a desperate need for more projects, more development here. So many people are jobless, and need help", Abdul Wali, Swat District

Average processing time for project NOCs in KP as of the end of February was found to be 53 days and 66 days for FATA instead of the six weeks indicated by government authorities. One NGO had to wait 118 days for an NOC.

The OCHA bulletin published 4 April 2013 says the delays are “hampering the provision of critical services” and calls on local authorities to speed up the paperwork “to enable timely assistance to people in need in KP and FATA.”

The bulletin says one emergency project had to be cancelled because of delays, while another had to be reduced in scope.

Humanitarian projects in KP need an NOC from the Provincial Disaster Management Authority (PDMA), and must be requested at least six weeks in advance.

Expatriate staff also need an NOC for travel; and in February the Home Department in KP said applications should be made “at least 6-8 weeks prior to the visit”, something one international humanitarian worker, who asked not to be named, told IRIN that if implemented, “means regular visits to projects are nearly impossible.”

Donors have been expressing concern to the government about the delays these moves could create if implemented, and there are some indications the authorities may be prepared to revoke the policy.

Applications go to the home department of the provincial government in Peshawar, and then can often follow a trail of authorizations and approvals from various military units, as well as the Inter-Services Intelligence.

“A key reason for the new procedures is security concerns. The government is worried a foreign worker or local NGO worker may be harmed, and this brings it a bad name. I think recent events like attacks on polio workers are a factor in the decisions taken,” said a PDMA official in KP who preferred anonymity because he was not authorized to speak with the press.

The delays witnessed by agencies in the last few months are also affecting relations with donors, some of whom do not transfer funds until project NOCs have been issued.

“The Project NOC is valid for six months. Then the same game starts again. At this time I have been waiting now more than six weeks for the extension of an NOC,” said the aid worker, adding that donors usually extend a project’s lifespan, though without increasing budgets, which means they are almost inevitably reduced in size, something donors do not always understand.

“Right now one of our donors is very unhappy,” he said. 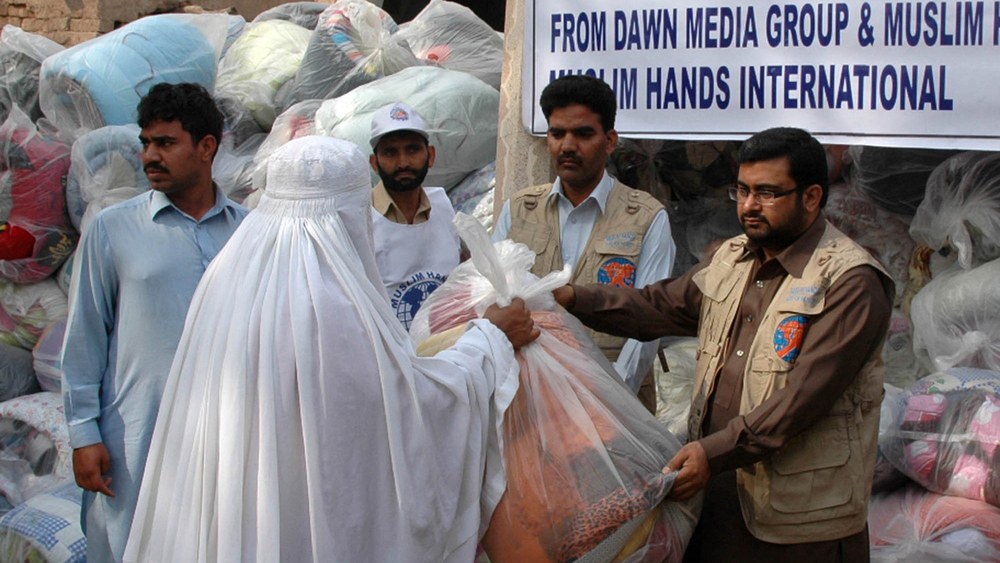 Alfirev said project implementation permits date back to the 2005 earthquake which killed 73,000 people in the north: “The procedure was put in place by the Earthquake Reconstruction and Rehabilitation Authority set up by the government after that disaster, and was really intended to coordinate the many agencies working in the quake zone and prevent duplication. The process worked smoothly then.”

Since 2005, there have been a series of additions to the list of documents and information needed when making NOC requests.

The latest came in February this year with the government’s announcement of a 6-8 week requirement for travel NOCs, against the normal 5-7 working days.

Humanitarian agencies are hoping the new time-scale will be officially reduced to the previous 5-7 working days, and as yet it does not seem the 6-8 week policy is being applied on the ground.

“Since 2008, the humanitarian community has raised US$1.38 billion in funding for people affected by violence in northwestern Pakistan. In order to ensure that the assistance is delivered to the people in need, we depend on the government to facilitate humanitarian operations and ease bureaucratic hurdles,” said Lynn Hastings, OCHA country director .

Aid workers say the delays are making it more difficult to deliver aid to KP and FATA. “People suffer when there are delays,” said Shah of Shid NGO.

In Mingora, the principal town in KP’s Swat District, Abdul Wali, 45, who lost his farm in the 2010 floods, told IRIN: “There is a desperate need for more projects, more development here. So many people are jobless, and need help.”