Momentum is building for new talks aimed at ending the war in Yemen, which has continued for more than three and a half years and left millions of civilians in need of humanitarian aid.

The last official round of UN-led peace talks was held in Kuwait in 2016 and went nowhere, as did previous attempts to resolve Yemen’s discord after Houthi rebels took the Yemeni capital, Sana’a, in 2015.

Why do new talks suddenly seem possible, who would be involved, and could they really lead to peace?

Speaking to the UN Security Council on Friday, UN special envoy Martin Griffiths said he had received “firm assurances” that the warring parties would attend talks in Sweden. He said he would soon head to the Yemeni capital, Sana’a, to finalise logistical arrangements for the negotiations, which he said he hoped to reconvene “shortly”.

The war in Yemen has claimed more than 6,000 civilian lives (according to one independent conflict monitor) without much attention paid to it, but a confluence of factors means there’s now at least a chance of getting the warring sides to the negotiation table.

As fighting for the Red Sea port of Hodeidah intensified earlier this month, the UN was warning of famine, the US Congress was increasingly questioning America’s role in the war, and the killing of dissident Saudi journalist Jamal Khashoggi in an Istanbul consulate brought new scrutiny to Saudi Arabia in general, as well as to the suffering of millions of Yemenis.

Griffiths, meanwhile, was shuttling between capital cities, seeking backing for his bid to restart talks.

“Everything that has been tried before is being repeated [by the UN], but there is a twist…"

Speaking to IRIN before the Security Council briefing on Friday, Yemen analyst Hisham al-Omeisy expressed scepticism about how the UN talks had been run until this point, but he said recent events meant some sort of breakthrough was now possible.

“Everything that has been tried before is being repeated [by the UN], but there is a twist… the Houthis are under pressure because of Hodeidah, so they may be more amenable [to talk],” he said. “Likewise, the Saudis are under a lot of international pressure and the spotlight is on them to look like they want peace. The dynamic is different now. It could put more pressure on [everyone].”

But Yemen’s war is complicated, with splinters even within the warring sides. Getting delegations to the negotiating table is likely to be an organisational and diplomatic juggling act that Griffiths’ team will have to perform right up until the last minute. Attendance, let alone progress towards peace, is anything but guaranteed.

What’s happening on the ground?

The start date for Yemen’s conflict is debated, but the most commonly cited marker is March 2015, when a coalition of states headed by Saudi Arabia began airstrikes in support of President Abd Rabbu Mansour Hadi.

Hadi, still the internationally recognised president, had been forced to flee Sana’a by Houthi rebels (officially called Ansar Allah), who had joined up with forces loyal to the former president, Ali Abdullah Saleh.

While clashes are still common in certain areas, like Taiz, by 2017 the larger war had become something of a stalemate, with the Houthis holding Sana’a, Hodeidah, and other northern provinces, including their stronghold of Saada.

Things started to change this summer as forces allied with the Hadi government and the Saudi-led coalition – which hold key provinces like Marib and Aden – began to slowly move up the Red Sea coast towards the strategic port city of Hodeidah. 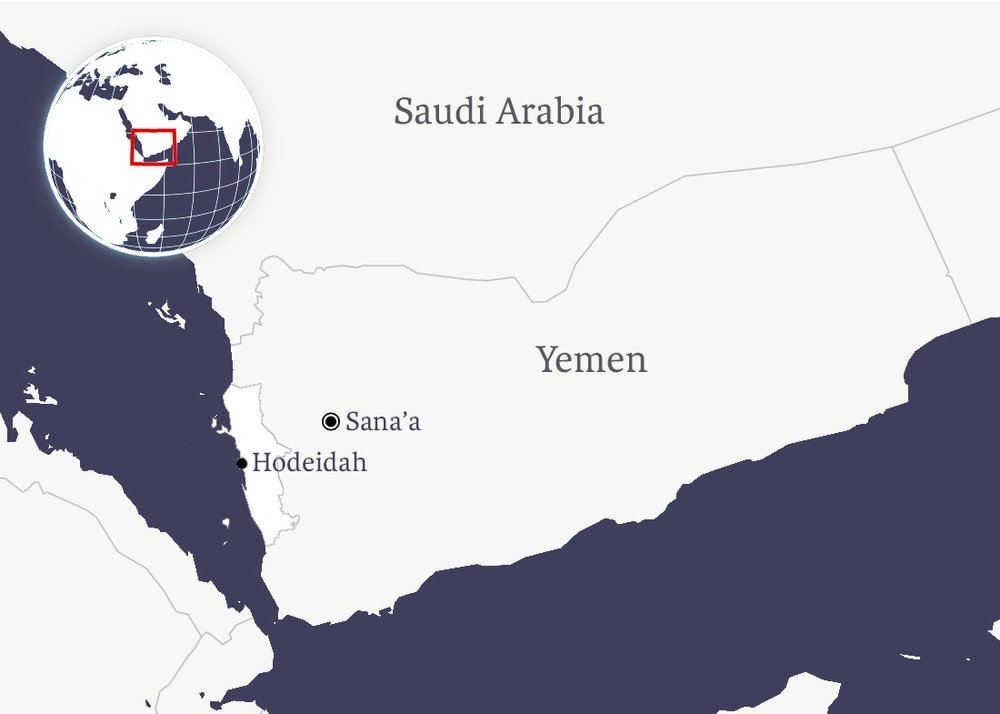 In early November, relying largely on airstrikes and UAE-backed militias on the ground, this alliance made it closer to the centre of Hodeidah city, a vital entry point for aid and commercial goods.

It now appears the coalition has ordered its troops to pause – a possible sign that it and the Hadi government are ready to talk. While there’s no official ceasefire and still some skirmishes, the lull is a welcome break for civilians in the city and a chance for humanitarians to deliver aid.

Perversely, the previous uptick in fighting may also have signalled the coalition’s willingness to explore negotiations – an attempt perhaps to gain more of an advantage going in. “Before every round of talks to date there has been heavy fighting,” pointed out Peter Salisbury, a Yemen analyst for both Chatham House and the International Crisis Group.

Technically, the talks wouldn’t be peace talks. They would be “consultations”, and only the main “parties to the conflict”, to use the UN’s language, are expected to be involved.

That means two delegations: the Houthis and Hadi’s government.

If they make it to Sweden, Griffiths hopes to get both sides to agree to a “framework” that “establishes the principles and parameters for UN-led, inclusive Yemeni negotiations to end the war, and restart a political transition.”

In short, the warring parties would talk about starting official peace talks. This alone would be something of an achievement, given what Salisbury described as “lots and lots of bad faith and complete lack of trust” between the groups.

The General People’s Congress (GPC), the longtime ruling party set up by Saleh – who was killed in Yemen in December 2017 – had sided with the Houthis but is now divided. It is not expected to be officially invited, although some of its members would likely be part of any Houthi team.

Despite the lead role the coalition plays in the war, Saudi Arabia and the UAE would not technically be part of the talks. But even if these countries and other international forces, including Iran – which the UN says supports the Houthis with weaponry – weren’t officially in Sweden, they would still likely play an influential role via back channels.

Who is left out?

Who is not brought into the peace process may be just as important as who is at the table, analysts say.

That’s because Yemen’s war was never really between just two sides. After years of fighting, alliances have fractured and changed, while some areas of the country, like the provinces of Marib and Hadramaut, have begun local experiments in self-governance.

One powerful group expected to be left out of the talks is the southern secessionists, some of whom are represented by the Southern Transitional Council, who are nominally on the side of Hadi and the coalition but have their own interest in independence. Much of what the Yemenis refer to as the south is, confusingly, in the eastern part of the country.

The southerners hold major sway (and arms) in parts of Yemen, and Griffiths told the Security Council that “the just resolution of the southern issue should be achieved, in my view, during the transitional period,” meaning they wouldn’t be officially represented in Sweden. “There is unfinished business in the south of Yemen,” he added.

“I think the UN-led negotiations process is kind of disconnected from the reality on the ground.”

Rasha Jarhum, a southern activist who spoke at the Security Council on Friday on behalf of a group of women’s organisations, criticised the two-sided approach to talks, which has led to the “total exclusion of the southerners and their cause from the current peace framework and negotiations.”

She also issued a call for another group to be given more prominence: women. While women are now taking up a role in the negotiations – on an advisory group and Griffiths’ “gender team” – they need to be “present at the table and engaged in decision-making,” Jarhum said.

Nadwa al-Dawsari, Yemen country director at CIVIC, an NGO that advocates for civilians in conflict, also voiced concern that the UN approach is wrongheaded. She said the country is far more divided even than it was at the start of the war.

“I think the UN-led negotiations process is kind of disconnected from the reality on the ground,” al-Dawsari told IRIN. “It is trying to bring together the main conflict parties... and most of the country is not under the control of any of these parties, but instead is controlled by other local forces… Assuming there are political negotiations that end up with a settlement between the main conflict parties, how will that trickle down to the local level?”

Will the talks happen?

Griffiths finished his remarks to the Security Council with a caveat. “I think we are almost there,” he said. “We need to focus to make sure that nothing disrupts the path to that meeting.”

There have been disruptions before. A September attempt to convene in Geneva went nowhere when Houthi rebels didn’t show up.

The end of November then became the goal after a string of carefully choreographed statements in late October throwing support behind both a ceasefire and talks – from US Defence Secretary James Mattis, US Secretary of State Mike Pompeo, Griffiths himself, and then UK Foreign Secretary Jeremy Hunt.

The goal posts were later moved to the end of this year.

“They might not end the war, but they will make Yemenis’ lives less difficult as they struggle to survive.”

In addition to the rush of statements and the pause of fighting at Hodeidah, there are other signals that suggest there might just be a meeting of some sort in Sweden.

Last week, the UK said the Saudi-led coalition had agreed to allow the aerial evacuation of some Houthi fighters out of the country. An attempt to do the same before the failed September meeting flopped.

Griffiths also told the Security Council he was “about to conclude” an agreement between the parties on an exchange of prisoners and detainees. In peace talks parlance, that’s a “confidence-building measure”, and a sign that the parties are at least able to agree on something.

For some observers, small wins are the best that can be hoped for.

“While striking a political settlement seems to be far-fetched at the moment, the UN envoy [Griffiths] can pressure the main conflict parties to take serious measures to reduce civilian harm,” said CIVIC’s al-Dawsari.

“Opening Sana’a airport [closed to commercial flights for two years], halting attacks on populated areas, [an] exchange of prisoners, and refraining from disrupting humanitarian aid delivery are all good steps,” she suggested. “They might not end the war, but they will make Yemenis’ lives less difficult as they struggle to survive.”

​(TOP PHOTO: A father and his sons stand in front of their house after the building next door was hit by an airstrike in Sana'a, August 2018. CREDIT: Becky Bakr Abdulla/NRC)