Unlike other nearby West African countries like Burkina Faso, Côte d’Ivoire, and Mali, Senegal has so far been spared a major attack by Islamist extremists. But experts say an unprecedented trial of dozens of Senegalese terror suspects that concluded two weeks ago in Dakar is a timely wake-up call about a nascent and growing threat.

The verdicts and sentences delivered on 19 July in the cases of 29 Senegalese citizens accused of planning to establish a terrorist cell in Senegal’s southern Casamance region were far from an unmitigated success for the prosecution.

A key defendant, Alioune Ndao, whom the state wanted to see jailed for 30 years, received only a one-month suspended sentence for the unlawful possession of firearms, while 15 of the accused were acquitted for lack of evidence, and sentences handed down to others were shorter than the prosecutors’ recommended jail terms.

Thirteen of the accused were given prison sentences ranging from five to 20 years for crimes that included terrorism financing and criminal conspiracy. Lawyers for at least one of those convicted have said they will appeal.

“To think that Senegal is safe from this evil would be a dangerous illusion,” prosecutor Aly Ciré Ndiaye said when the trial began in earnest in April (multiple adjournments followed the official start date in December 2017). “Dangerous because it would make us neglect the colossal efforts needed to dismantle the scaffolding on which terrorism finds strength.”

Senegal makes for an attractive target for extremists because of its strong international connections, with military cooperation agreements in place with the United States and France, and its sizeable troop contribution to the UN’s peacekeeping mission in Mali, MINUSMA, an intervention opposed by many Senegalese.

As the regional hub for numerous international institutions, Senegal is “a luxury target... like the jackpot for terrorist groups,” said Bakary Sambe, director of the Dakar-based Timbuktu Institute, which tracks violent extremism.

Islam in Senegal, which is followed by some 94 percent of the population, is dominated by a moderate, tolerant form of Sufism headed by powerful brotherhoods that have long been considered the country’s principal defence against extremism.

But change is also occurring. Money is increasingly being pumped in from foreign states to build mosques and open Koranic schools, or daaras, which teach alternative interpretations of religious texts – more conservative Salafi and Wahhabi influences are beginning to take hold.

Sambe believes Senegal’s school system is its greatest vulnerability. “We are one of the few countries in the world that does not have a complete hold on our own educational system,” he told IRIN. “There is a formal system controlled by the secular state and another in which foreign powers such as Saudi Arabia and Iran interfere.”

According to the prosecution’s case, the Casamance cell would have served as a base from which to carry out attacks against French targets and the Senegalese state. The court heard that the accused planned to extend the influence of this new so-called caliphate into neighbouring countries, including The Gambia, Guinea, and Guinea-Bissau.

Some of those in the dock were rounded up in 2015 during a large-scale police operation against what were perceived to be hate-filled sermons in mosques. Others were detained while travelling to, or returning from, Nigeria.

Ndao is a Salafist imam who until his arrest in 2015 preached at a mosque in the town of Kaolack, 200 kilometres southeast of Dakar. He was accused of being the spiritual guide and coordinator of the cell. 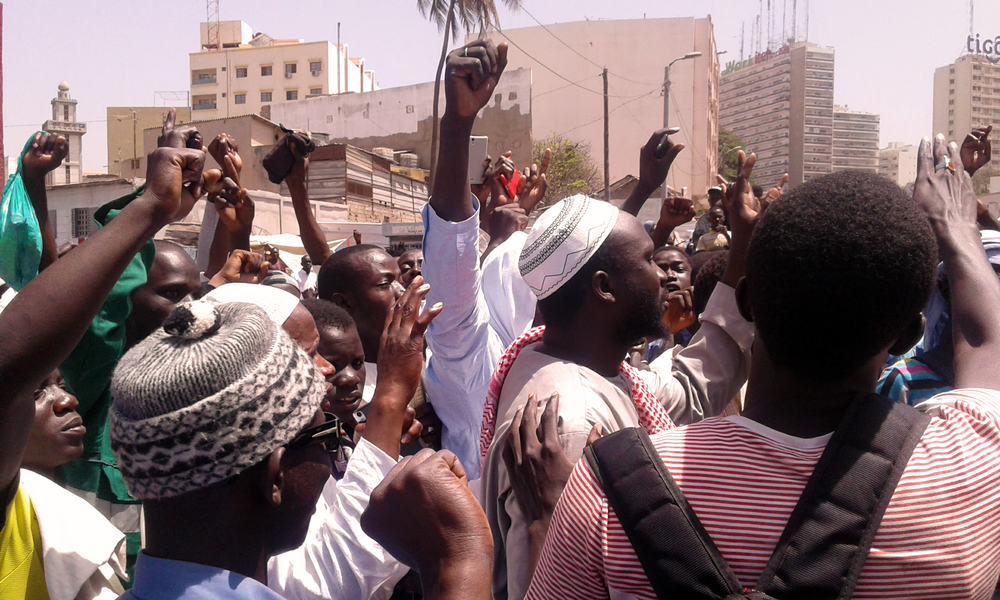 Ndao appeared in court in the centre of the line of defendants, dressed in flowing white robes that matched his white beard. The trial was well attended by his supporters, and the courtroom erupted when the verdict was read out, with disciples of Ndao either rising to their feet or throwing themselves on the floor praising God.

One such supporter was Imam Diene, who had travelled 100 kilometres for the occasion. “He is not a terrorist,” he asserted. “There are no terrorists here in Senegal – there’s no proof! Only when you have proof can you say there are terrorists.”

The jihadist threat in the region has strengthened following the merger in 2017 of a handful of groups operating mainly out of northern Mali, including Al-Qaeda in the Islamic Maghreb (AQIM), to form Jama’at Nusrat al-Islam wal-Muslimin (JNIM).

The group’s leader, Iyad Ag Ghali, confirmed in April 2017 that Senegal is on its list of target countries. JNIM has been behind numerous attacks in recent months, including a twin assault in March on the French embassy and the national army headquarters in Burkina Faso’s capital, Ouagadougou, that killed eight people and wounded 80.

Many of the defendants in the Dakar trial were accused of having links with Boko Haram, including the alleged ringleader, Makhtar Diokhané, who received a 20-year prison sentence for terrorist acts by criminal association. The court heard how Diokhané spent time with Boko Haram militants in northeastern Nigeria before being sent back to Senegal with six million naira (around $20,000) to launch an affiliated cell.

Most of those convicted last month had travelled abroad to receive training from extremist groups, including Boko Haram and AQIM, but experts like Sambe warn it would be a mistake to ignore the rising influence of more conservative strains of Islam within Senegal itself.

Senegal’s northern town of Saint-Louis, once the colonial capital of French West Africa, is a prime destination for religious learning. 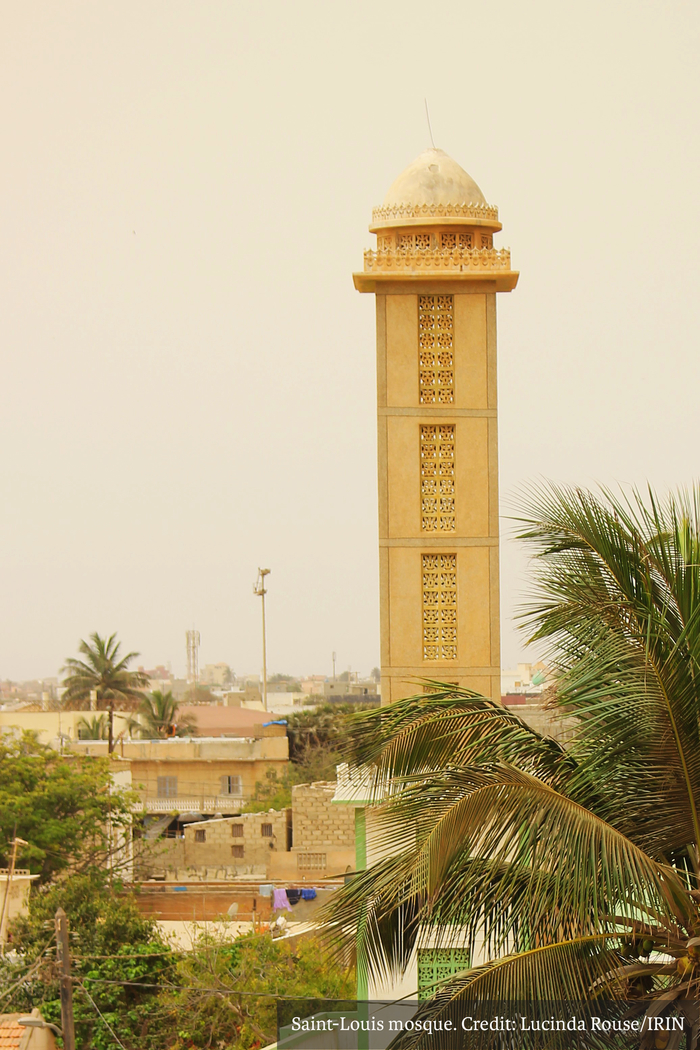 It hosts a large number of renowned Koranic teachers, or marabouts, running daaras that attract students known as talibés – from boys as young as five to young men in their twenties – from other parts of Senegal and the wider region.

The daaras are unregulated by the state in terms of both their curriculum and living standards. “Anyone can decide to set up a school and start teaching the Koran,” said Baye Ndaraw Diop, a former director of a child protection service within Senegal’s Ministry of Justice.

Evidence of Salafi influence is becoming apparent in some daaras in Saint-Louis, including one located near the northern tip of the historic island town that is attended by more than 1,000 talibés. Although not a Salafist himself, the presiding marabout is known for accepting students regardless of their religious leaning, so long as they wish to study the Koran.

“We’ve noticed a change in behaviour among some of the older talibés in this daara,” said Issa Kouyaté, a campaigner working to improve the rights and living conditions for talibés. “They dress differently and refuse any kind of physical contact with women.”

IRIN accompanied Kouyaté on a visit to the daara. Feet protruded from tarpaulin-roofed rooms set around an open space where clothes were haphazardly hung out to dry. In keeping with the living conditions in many of the country’s Koranic schools, the students are housed in derelict buildings and bathe in the dirty river nearby; diseases such as scabies are commonplace.

A dozen young men were gathered under a large tree outside their makeshift lodging. The tinny sound of recorded Koranic verses played from a mobile phone as one young man made tea, while another shaved the head of a younger talibé. The majority wore skull caps and plain tunics with trousers cut shorter than those customarily worn in Senegal – a sartorial hallmark of the more conservative forms of Islam.

The young men originate mainly from The Gambia and Guinea-Bissau and stick together. Their common language, Mandingo, is not widely spoken in Saint-Louis. One stated that their sole motivation is to learn the Koran.

The Senegalese government has won praise for its efforts to combat extremism in an increasingly unstable region. February 2016 saw the launch of the Inter-Ministerial Counter-Terrorism Intervention and Coordination Framework, known as the CICO. Chaired by the interior minister, the CICO is defined by the government as a “coordination and strategic monitoring mechanism in the fight against terrorism”.

“The CICO relies particularly on intelligence, and is focused on monitoring our borders,” a source in the interior ministry, who requested anonymity, told IRIN. The ability of the state to effectively monitor jihadist activity using social media was demonstrated by the arrest of Momodou Ndiaye, an accomplice of Diokhané’s, after the Department of Investigations tracked interactions via a Facebook group.

Some believe the state’s efforts are superficial, others that they go too far. “Senegal wanted to show the world and its donors that it was committed to the fight against terrorism,” said defence lawyer Assane Dioma Ndiaye on the conclusion of the trial. But, he continued, “there has been an exaggeration. It may be that some people in Senegal were tempted to respond to the call of terrorism. But the legal response was disproportionate.”

For Sambe, however, the Senegalese government is falling short and needs to put forward some pre-emptive policies to tackle violent extremism.

“What we need now is an inclusive prevention strategy involving religious leaders, civil society, and the educational world,” he said.

At the 2016 edition of the Dakar International Forum on Peace and Security in Africa, President Macky Sall appealed for a “doctrinal response” to jihadist propaganda, a vague-sounding call for a coordinated response that goes beyond simply military action.

But while Senegal is a secular state, politicians are heavily dependent on religious leaders at election time for securing votes.

This helps to explain why religious institutions and the extensive daara system are largely unregulated, and the growth of foreign ideologies – whether benign or otherwise – is left unchecked. “There is complicity between the religious power and the political power,” said Diop, the former justice ministry official. Another shortcoming in Senegal’s response may be a general unwillingness to acknowledge the problem. The jihadist threat is not a common topic of discussion, and few Senegalese journalists cover the issue.

Kouyaté, the campaigner, is frustrated by this national complacency. “We need to de-taboo what is taboo,” he said. “It is obviously better to pre-empt than to heal, but here in Senegal the medicine only comes after death.”