Two months after Hurricanes Irma and Maria charged through the Caribbean, donors this week pledged hundreds of millions of dollars to rebuild. But the financial toolkit for the region looks unable to meet the threat of more monster storms in future, let alone the short-term recovery needs.

The storms caused widespread damage to housing, infrastructure, and agriculture. The UN estimates the cost of recovery at more than $5 billion in Dominica, Barbuda, and the British Virgin Islands alone.

Speaking at the conference on Tuesday, UN chief António Guterres described a triple threat facing the region: climate change, high debt loads, and limited access to concessional financing (loans with better than market terms). “It is time for long-term mechanisms that recognise vulnerabilities as the new normal,” said the secretary-general. “We can no longer rely on exceptions and ad hoc decisions.”

The conference recorded over $1.35 billion in pledges by the end of Tuesday. However, some $700 million of this was promised by the Netherlands for its three small territories alone.

The European Union’s pledge of $352 million was the second largest, followed by $140 million from the World Bank, and $78 million pledged by Canada. The only firm debt relief announced consisted of $1 million that Venezuela said it would write off. Additionally, the Inter-American Development Bank pledged $1 billion, but that was mostly in loans.

Beyond the rhetoric, the conference failed to resolve crucial longer-term issues.

The money pledged will only cover part of the cost of rebuilding, and some countries affected by Maria and Irma – including Antigua and Barbuda – are unable to access concessional financing from multilateral lenders like the International Monetary Fund because their per capita income falls above maximum requirements.

“What is also needed is the facility to access financing readily, especially by small and capacity-constrained countries,” said conference co-host CARICOM Secretary-General Irwin LaRocque. “Innovative financing mechanisms must also be found to enable countries to cope with external shocks of such magnitude.”

Vulnerable but not eligible

As countries become better off, they lose eligibility for one major form of concessional finance, official development assistance (ODA), under rules set up by the Organisation for Economic Cooperation and Development (OECD). Small island states argue the way this cut-off is measured, gross national income per capita, doesn’t fit their realities.

Prime Minister Timothy Harris of Saint Kitts and Nevis offered a cautionary tale of what happened to his country when it graduated from lower-income status. After a series of hurricanes in the 1990s and without access to concessional financing, the country took on commercial debt. “We do not wish to return to those dark and difficult days,” said Harris. “The recent effects of the hurricanes underscore the importance of revisiting the GDP per capita criterion for the graduation of countries, as it does not fully take into consideration their vulnerability.”

Stephen O’Malley, UN resident coordinator for Barbados and the eastern Caribbean, agreed that something other than GDP per capita was needed to measure a country’s level of development but said changing the ODA rules would not be a quick win.

“That will be in my view a three- to five-year discussion,” he told IRIN.

Gail Hurley, a UN policy specialist on development financing, was wary of efforts to “tinker around the edges with the rules”, saying that new mechanisms are needed. “You are probably better off in the long term putting in place concessional finance facilities for states to draw on,” she concluded.

Other groups have called for a moratorium on debt payments, further forgiveness of loans, and new climate change debt swap financing. 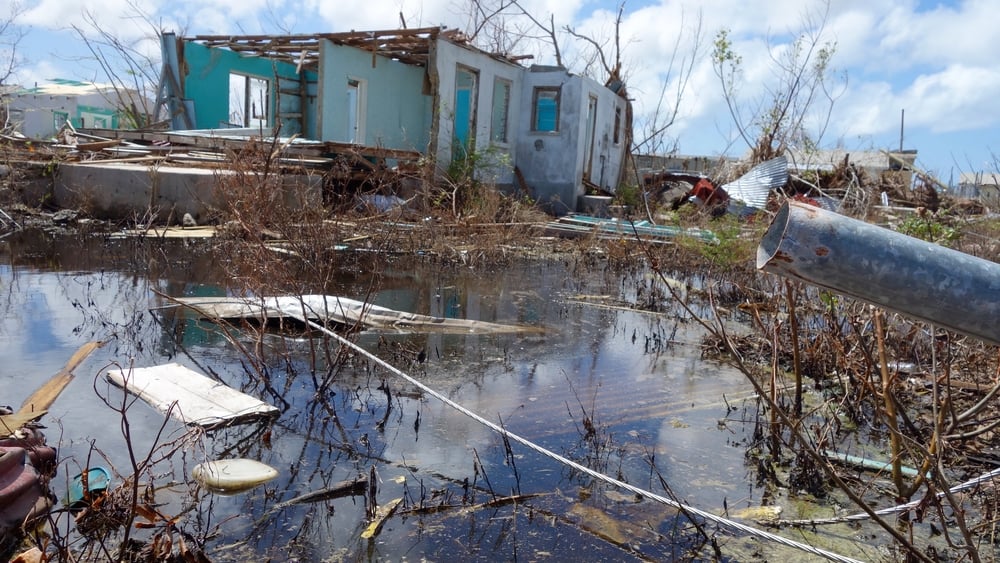 On the ground, any progress feels glacial. Barbuda is still largely uninhabitable, Prime Minister Gaston Browne said this week. “Recovery is slow and is marred primarily by a lack of financial resources,” he told diplomats, citing a World Bank estimate – which he called conservative – that put the cost of recovery at over $220 million.

“If we had to rely on domestic resources to fund the recovery in Barbuda…  it means that the entire population of Antigua and Barbuda would have to fast for 12 months in order to address this problem.”

Eric LeCompte, director of Jubilee USA, said his umbrella group of religious organisations was exploring ways of delaying payments and obligations over the coming months.

“That’s an issue where we’ve seen some progress, but we don’t have firm commitments from the IMF or Paris club over any kind of debt moratorium.” 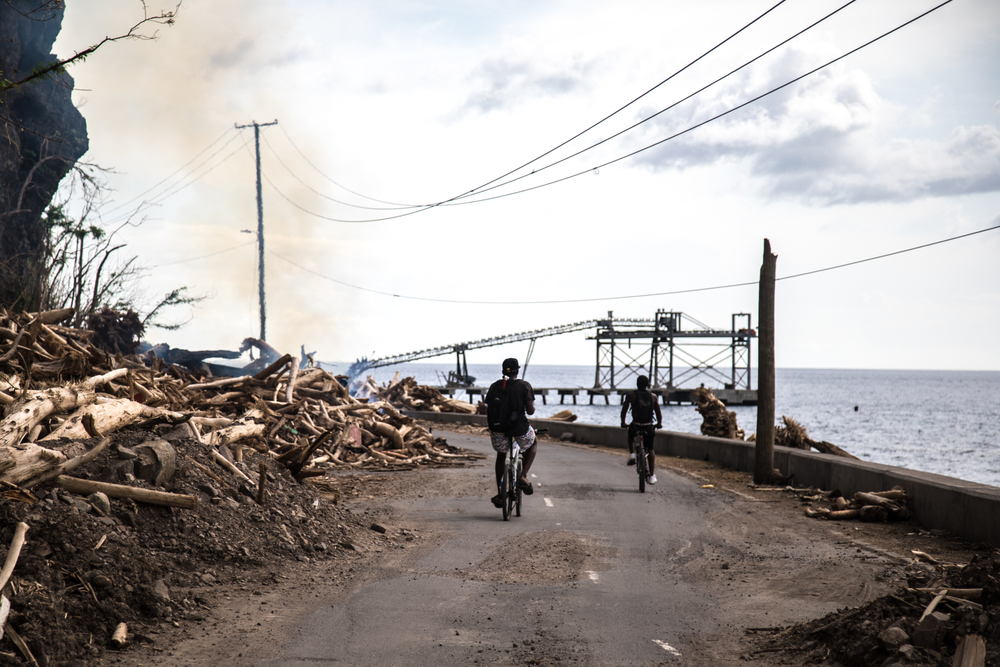 Tomás Ayuso/IRIN
The road network was heavily damaged after Maria triggered landslides that both tore off and undermined pavement throughout the Dominica.

A post-disaster needs assessment put damages in Dominica at $931 million and losses at $380 million. Most structures on the island were damaged, and by the end of October more than 17,000 people were estimated by the UN to have left the country – more than a fifth of the total population.

“The science of climate change shows that the warming of the seas is leading to more rapidly intensifying and wetter storms. Consequently, no commercial insurance firm would offer the insurance we need,’ said Skerrit.

“Ultimately the only route available to us is to build a nation resilient to climate change rather than to insure against damages and losses caused to one that is not.”