This article is part of our in-depth coverage. Read more like this...
Part of a special project that explores the impact of climate change on the food security and livelihoods of small-scale farmers in Kenya, Nigeria, Senegal and Zimbabwe
Gandi/Nigeria

When Abbas Gandi lost a large portion of his crops to the combined ravages of desertification and drought a few years ago, he was so disillusioned he considered abandoning his 10-hectare farmland.

“It came as a shock; very terrible year. Instead of getting at least 200 bags of yield, I got between 25 to 30 bags,” the 68-year-old farmer said, beads of sweat running off his weathered forehead. “I would have stopped farming if I hadn’t been used to winning and losing.”

The father of 13 lives in the village of Gandi in northwestern Nigeria’s Sokoto State, close to the Sahara desert. The mean annual rainfall here is less than 600 millimetres compared to over 3,500 millimetres along the coast in the south.

Eleven states in the north, including Sokoto, are threatened with desertification, the process by which dryland ecosystems are continually degraded by the removal of tree and plant cover, mostly by human activity. In northern Nigeria, desertification threatens the livelihoods of some 40 million people.

These 11 states account for about 35 percent of the country’s total land area and are key areas of livestock rearing and agricultural production, such as beans, soya beans, millet, sorghum, tomatoes, melons, peppers, and onions.

Farmers are taking a range of piecemeal steps to combat desertification, but for the fight against this devastating process to be waged effectively, experts say the government has to develop a more integrated and comprehensive approach to the management of land and water.

What exactly is the problem?

Professor Emmanuel Oladipo, who advises Nigeria’s Federal Ministry of Environment on climate change issues, explained how desertification is being fuelled by poor land use, unsustainable grazing practices, deforestation, and the consumption pressures associated with a booming population.

“The direct causes of desertification and arid land degradation stem mostly from drastic reduction or destruction of the perennial plant cover, particularly trees, and simplification of the vegetation structure,” Oladipo told IRIN.

Farmers in the north are taking steps to adapt to desertification and more frequent droughts – planting trees to provide shade and windbreaks, using diesel-powered pumps for irrigation, and sowing hardier crops such as beans – but such measures aren’t nearly equivalent to the enormous scale of the crisis.

Nigeria has an annual deforestation rate of about 3.5 percent, meaning an average yearly loss of between 350,000 and 400,000 hectares of forest cover. Official figures say Africa’s largest nation loses over 10.5 billion naira ($34.3 million) every year to environmental challenges such as deforestation, drought, and desertification, but wider unofficial ones put the annual cost in the billions of dollars.

What is being done?

Five years ago, Nigeria developed a National Strategic Action Plan for desertification and drought, but just like its Drought and Desertification Policy and its Drought Preparedness Plan, a lack of funding and political will has held back progress.

The bulk of the government’s counter-desertification work is implemented through the National Agency for the Great Green Wall, an ambitious plan launched in 2007 to plant a 15-kilometre wide swathe of trees along 8,000 kilometres of the southern edge of the Sahara. More than 20 countries in the Sahel are involved, and some $8 billion has been mobilised for the initiative. 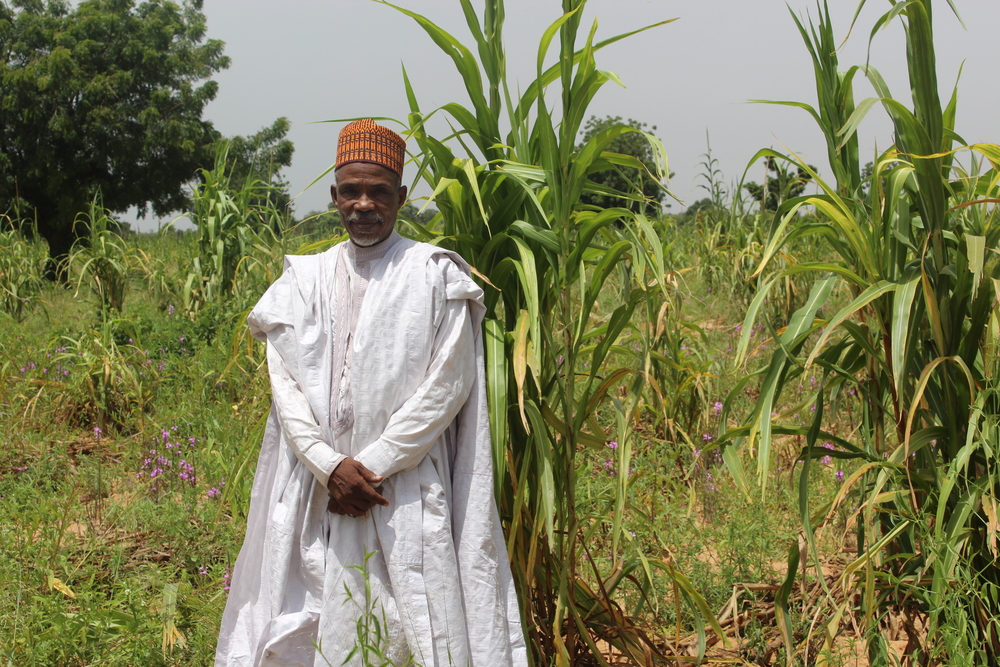 Since Nigeria started implementing the initiative in 2013, the agency claims a long list of successes, including the planting of five million assorted forest and fruit tree seedlings, as well as hundreds of hectares of shelterbelts and community woods and orchards.

However, reporting from the individual states involved gives an equally long list of problems and indicates a general lack of enthusiasm. And, according to local newspaper The Guardian, the agency received less than one fifth of the 1.05 billion naira ($3.4 million) approved for operations this year.

For Murtala Adogi Mohammed, a PhD researcher looking at the impact of climate change in northwestern Kastina State, the deeper problem is that farmers themselves aren’t being given enough say in the design, implementation, and monitoring of the work.

“Government-designed tree planting projects without the input of the local farmers and key rural stakeholders are not sustainable,” he said. “To ensure stewardship, ownership and sustainability – rural dwellers buy-in is very important.”

The result is that Nigeria has invested hundreds of millions of dollars in afforestation and reforestation programmes over the last few decades without effectively tackling desertification.

Ologun Freeman, an associate director at the Federal Ministry of Environment, told IRIN that the 2012 Presidential Initiative on Afforestation, in which millions of seedlings were planted, “was not really successful as the government could not really track down the seedlings [all the way] to the field where they are supposed to be planted”.

Many of the government’s efforts to tackle desertification in northern Nigeria are not “sustainable”, said Olagunju Temidayo Ebenezer, a climate change researcher at the University of Ibadan. Ebenezer blamed the lack of monitoring and continuity, inconsistent government policies, and the diversion of money from environmental management funds.

Experts say the government needs to address the underlying enablers of deforestation such as a lack of policy support, weak regulations, and rural poverty.

Most of all, the trend towards an increasingly unsustainable dependence on land resources for food production, medicine, fuel, fodder, building materials, and household items, must stop.

The soaring demand for fuelwood overrides any concerns about advancing desertification in the north. Fuelwood and charcoal account for about 50 percent of national primary energy consumption, with rural communities burning up over 32 million cubic metres of fuelwood yearly.

“Government should also improve the state of social amenities such as rural electricity, which would serve as an alternative to fuelwood as a source of local energy,” he said.

Beyond planting trees, Nigeria has to develop more efficient ways to reverse desertification and drought, said Oladipo, who participated in the drafting of the 2012 action plan.

“It requires a comprehensive and integrated approach to the management of the land, biodiversity, and water resources of the affected areas in northern Nigeria for the sustainable livelihoods of the people in the region,” he explained.

Perhaps the best clues for how to succeed in the future lie in the action plan itself. It conceded that Nigeria’s approach to reversing desertification had been “generally inconsistent, uncoordinated, piecemeal, sectoral and consists of single set remedial and ad hoc measures” without “serious attempts to have a comprehensive and integrated national framework.”