ISLAMABAD
Zahid Hussain has been preaching tolerance at the Bari Imam Sufi Muslim shrine in Pakistan’s capital for 30 years, but it is that very message that now requires the shrine to be barricaded by police and security guards.
Sufis are known for their mystical pursuit of divine wisdom and their embrace of diversity that extends even beyond Islam. Such open-mindedness is unacceptable to militant Islamist extremists like the so-called Islamic State, which on 16 February bombed a different Sufi shrine in Sindh Province and killed 88 people.
Even as the militant group is squeezed out of strongholds in the Middle East, it is expanding its presence in Pakistan and neighbouring Afghanistan. That’s bad news for Sufis and other Muslims whom IS deems to be apostates. A senior counter-terrorism official has told IRIN that hundreds of Pakistanis have recently returned from Syria after gaining training and battle experience with IS.
“The nexus of sectarian and militant outfits like Islamic State is resulting in attacks on Sufi shrines, as they want to push the people back to Stone Age,” said Hussain, sitting in a white marble burial chamber for the shrine’s namesake who died in 1705.
Last month’s bombing of the Lal Shahbaz Qalandar in Sindh prompted administrators to put security measures in place in this shrine, which is nestled into the Margalla Hills that rise over the north of Islamabad. Men and women now pray in separate enclosures, and about a dozen armed men guard the entrance. 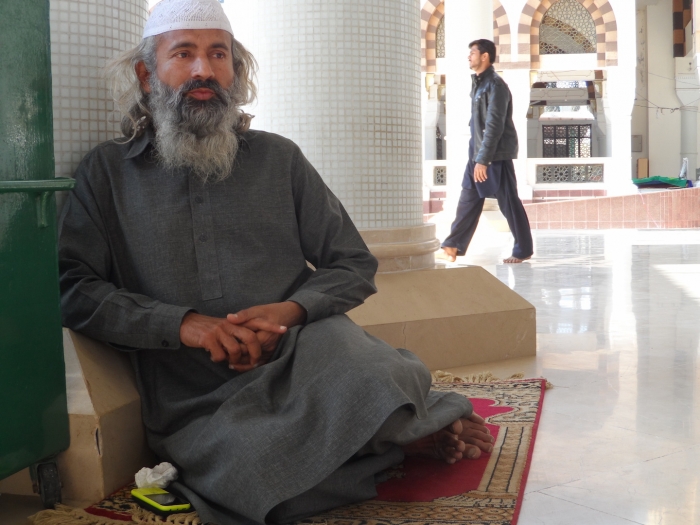 The Bari Imam shrine has also been attacked, back in 2005, when 20 people died in a suicide bombing claimed by the Pakistani Taliban. After that, administrators stopped the dhamal, an ancient ritual in which people of various beliefs and genders whirl in unison to the beat of drums.
But devotees say the spirit of inclusiveness continues.
“The Sufi shrines belong to everyone including Muslims, Christians, Hindus and transgender, and that’s why the militants linked with the IS label people coming here as heretics and liable to be killed,” said Jamil Ahmed, who was visiting the shrine with his family.
It is precisely that kind of diversity that makes the Sufi community a target.
After the 16 February attack, IS released a statement saying it had targeted Sufis because they were “polytheists”, according to SITE, an organisation that monitors militant groups. 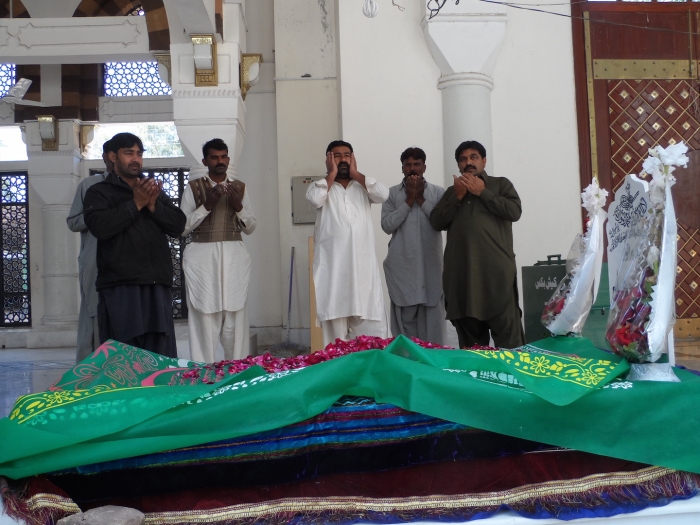 Militants have attacked 16 Sufi shrines since 2005, according to Pakistan’s Dawn newspaper.
The threat is rising as IS makes inroads into the country with the help of about 400 fighters who have returned from Syria, a senior counter-terrorism official told IRIN on condition of anonymity.
“The Islamic State advocates radical Salafi thought and unfortunately Pakistan provides a perfect environment for it to grow due to existing infiltration of Wahhabism in the society, thanks to our Middle East friends for funding the sectarian outfits here,” he said.
The Salafi movement promotes strict adherence to what believers say were the practices of early Muslims. Wahhabism is a related, ultra-conservative school of Islam that originated in Saudi Arabia, which has promoted it over decades by funding religious schools in countries including Pakistan.
The 18 February bombing was one in a string of attacks throughout the country that killed about 100 people within a week, prompting authorities to launch an operation targeting militant groups called Raddul Fasaad. While similar operations have concentrated on taking control over rugged areas like the Swat Valley and the Federally Administered Tribal Areas on the frontier with Afghanistan, Raddul Fasaad is the first one to focus on cities.
“The main objective of the operation in urban centres is to bust sleeper cells of the militants and arrest their financiers and facilitators,” said Malik Ahmed Khan, a Punjab provincial government spokesman.
He told IRIN that security forces have killed 100 militants so far and arrested 600 more suspects. Among those arrested were at least five IS members who recently returned from Syria, he said.
SEE: Islamic State ramps up recruitment in Pakistan
In January 2015, IS declared its intention to establish “Khorasan”, in reference to a historical region that once covered much of modern-day Afghanistan as well as parts of Iran and Central Asia. But it has so far only been able to establish control over a small area in Nangarhar, an Afghan province bordering Pakistan.
Amir Rana, an expert on militancy and the director of the Pak Institute of Peace Studies, told IRIN that while IS had expanded its presence in Pakistan in recent months, it still lacks a “charismatic leadership” here to lure fresh recruits, consolidate its position, and to forge strong alliances with established militant groups.
“The IS cannot set up its rule over any territory in Pakistan without a vibrant local leadership, but seems to be capable of targeting some vulnerable places like the Sufi shrines,” he said.
as/jf/ag
(TOP PHOTO: Police guard the Bari Imam Sufi shrine in Islamabad. CREDIT: Aamir Saeed)
Share this article
Join the discussion