As so-called Islamic State recruits members from across the world, one Muslim country has set itself apart. Despite its geographic proximity to extremist-prone regions and a chequered past of militancy, Algeria, on the southern shores of the Mediterranean, has fewer recruits than many others, including next-door neighbours Morocco and Tunisia.

At first, it seems surprising. Algeria, the largest country in Africa and home to 40 million people, knows extremism well. When the Soviet Union invaded Afghanistan in 1979, Algerians were among the first to join the newly formed mujahideen. Then, during Algeria’s civil war in the 1990s – known locally as the “black decade” – Islamist groups established a presence across the country.

Attacks and bombings, followed by counter-offensives from the government, led to the deaths of more than 150,000 people and the disappearances of another 7,000. Only in 2001 was the conflict finally brought to an end.

Fifteen years later, radicalism appears to hold relatively little appeal in Algeria. There could, of course, be a spectacular attack tomorrow and statistics don’t tell the whole story, but in terms of IS’s recent recruitment of foreign fighters, Algeria lags far behind other countries in North Africa.

In numbers published in December, Tunisia, Algeria’s much smaller neighbour, tops the list with 6,000-7000 recruits to extremist groups (mostly IS) in Syra and Iraq; Morocco, bordering on the other side, had between 1,200 and 1,500 recruits. Algeria, in comparison, was the origin of only about 200 fighters.

Dalia Ghanem-Yazbeck, a visiting scholar at the Carnegie Middle East Center who is also Algerian, has spent the past 10 years studying radicalisation but was still taken aback by the low numbers.

“I was very surprised [at] first,” she told IRIN. “How come a land like Tunisia, the happy child of the Arab Spring, has higher numbers than us?”

The main explanation, she believes, is Algeria’s own legacy of conflict. The experience of living with extremism remains fresh in the country’s collective memory and works as a form of psychological deterrent.

“The war was a massive trauma for the Algerian population,” Ghanem-Yazbeck explained. “People are still scared and absolutely do not want to repeat it. When images come from Libya and Syria today, they are daily reminders of what millions of Algerians have lived through.”

Akram Kharief, an Algerian journalist and expert on security issues, agrees. Looking at Algeria today, he sees it as proof that the “jihadist promise” can fail.

“It can [fail], because it has already done so here. Interestingly, when you look at those who have committed terrorist crimes in Algeria in the past 10 years, the average age is 39 years. That is people coming from what remains [of radical groups], not new recruits.”

The role of the state

This does not mean terrorism has become a non-issue in Algeria. There have been a number of incidents in the past years, including the deadly hostage taking at a gas facility in In Amenas in 2013 and the killing of a French tourist by an IS-aligned group in northern Algeria in 2014. The regional branch of al-Qaeda, al-Qaeda in the Islamic Maghreb, continues to retain its standing and reputation.

But IS has been less successful. The group that killed the French tourist Jund al-Khalifa was eliminated less than three months after the killing; a replacement group was also finished off within a few days. The reason, Ghanem-Yazbeck believes, is Algeria’s investment in its security forces.

With a vast and largely uninhabited desert, and long borders with countries including Mali and Libya, maintaining control is a formidable task but one that Algeria has poured resources into.

The country is the largest importer of weapons in Africa, and is alone on the continent in spending more than $10 billion on its military every year. Its police force also far exceeds that of others: 209,000 people were employed in Algeria’s national security service in 2014, in comparison to Morocco’s 46,000 or the 143,000 in France, which has 65 million inhabitants – 25 million more than Algeria.

“[The army] has become a massive force,” said Ghanem-Yazbeck. “If you add to that the police, gendarmerie, and intelligence branches, it has avoided many Algerians from reaching out [to groups like IS].”

The years of conflict in the 1990s gave the government valuable expertise in heading off extremism before it has time to flourish, even if the methods it uses are sometimes questionable.

A source who works on anti-radicalisation in Algiers described to IRIN, on condition of anonymity, what happened to a young man whose friend was recruited by IS. 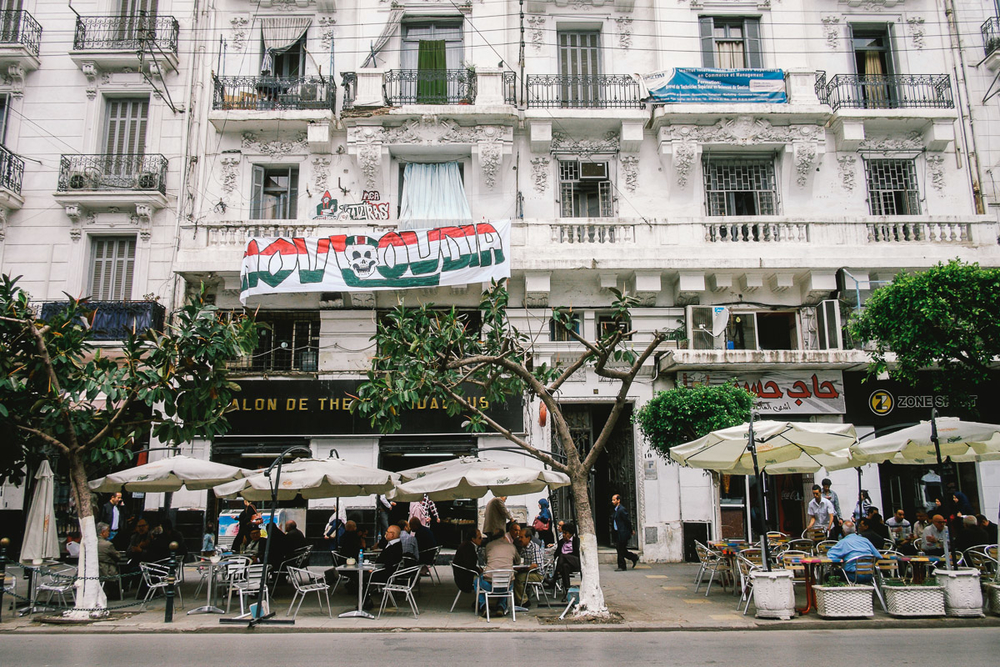 Karim Mostafa/IRIN
There are few visible reminders of the civil war on Algiers' main thoroughfare, but the conflict is still part of the collective memory

“When [the IS recruit] arrived in Syria, he shared a photo on Facebook. The friend in Algiers saw this and pressed ‘like’, that’s all. Next morning, the security service came knocking on his door.”

And while questions remain about the effectiveness of strategies that fall under the umbrella of “Countering Violent Extremism”, Tarek Hadjoudj, a physician and civil society activist who works with youth projects across the country, says Algeria’s experience with conflict makes even informal programmes more effective.

As part of a reconciliation process after the civil war, many former fighters were granted amnesty and reintegrated into their communities.

“They are now talking to youths, telling them that violence leads to nothing,” he explained, mentioning the case of a long-time fighter who lives in Jiel, a conservative northern area of the country.

Today, Hadjoudj said, that fighter is “actively reaching out and discouraging youth from joining [IS]”.

He added that in his conversations with young people who sympathise with Islamist extremism, they don’t tend to mention a desire to go abroad and fight. “There is a consciousness today, especially in many low-income neighbourhoods, that what happened during our years of terrorism led to nothing.”

The Algerian regime, led by 79-year-old president Abdelaziz Bouteflika from the National Liberation Front (FLN) has an interest in fighting radicalisation not only to keep the peace – the issue has become one of its best instruments for remaining in power.

“The state is capitalising on the fact that Algerians are fed up with violence. It was very enlightening to see that the FLN’s latest slogan was ‘stability and continuity’,” said Ghanem-Yazbeck.

She describes a government that is trying to leave the traumatic years of the 1990s behind, but not willing to actually resolve what happened.

“There was a reconciliation after the war which was good, but we still haven’t talked about those years. We need to do that in order to really move on.” 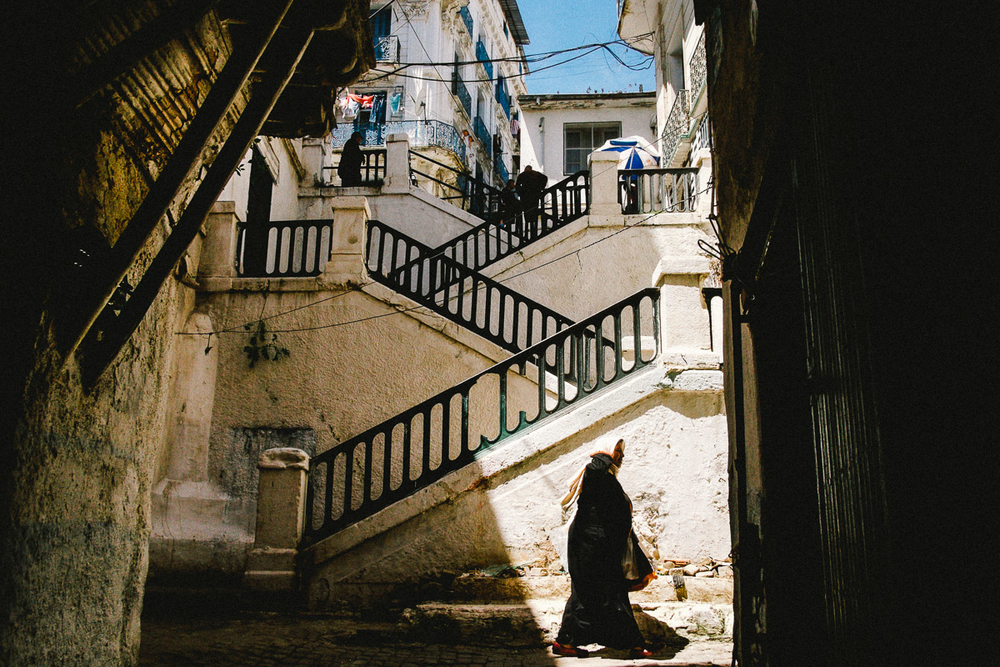 One thing the government has done, she explained, is control the Algerian religious sphere. Radical preachers were shut out from the mosques after the 1990s, and the government has since kept them under its authority. A national union to unite the country’s imams was formed in 2013 to act as a “bulwark against imported religious ideas”. There are also plans for the launch of a university programme to train imams.

Ghanem-Yazbeck points to another reason why IS has little appeal in Algeria: Dawa Salafiya, or “quiet Salafism”, as it is sometimes called. This alternative Islamic movement, which spreads its messages through a number of media channels, has gained ground in Algeria since the end of the civil war.

“Being very disappointed with the Islamist parties in the 1990s, people increasingly started turning to Dawa Salafiya, which doesn’t have any involvement in politics. In fact, it believes that politics has a damaging effect on Muslims. In that sense, they are an alternative to jihadism,” she said.

Ghanem-Yazbeck thinks Algerians may be “vaccinated” against this kind of radicalisation for now, but the vaccine won’t last forever.

“The memory of what happened in the 1990s is fading away a bit with every year, and new generations are growing up who did not experience the war, and violence will return. It is only a question of when.” 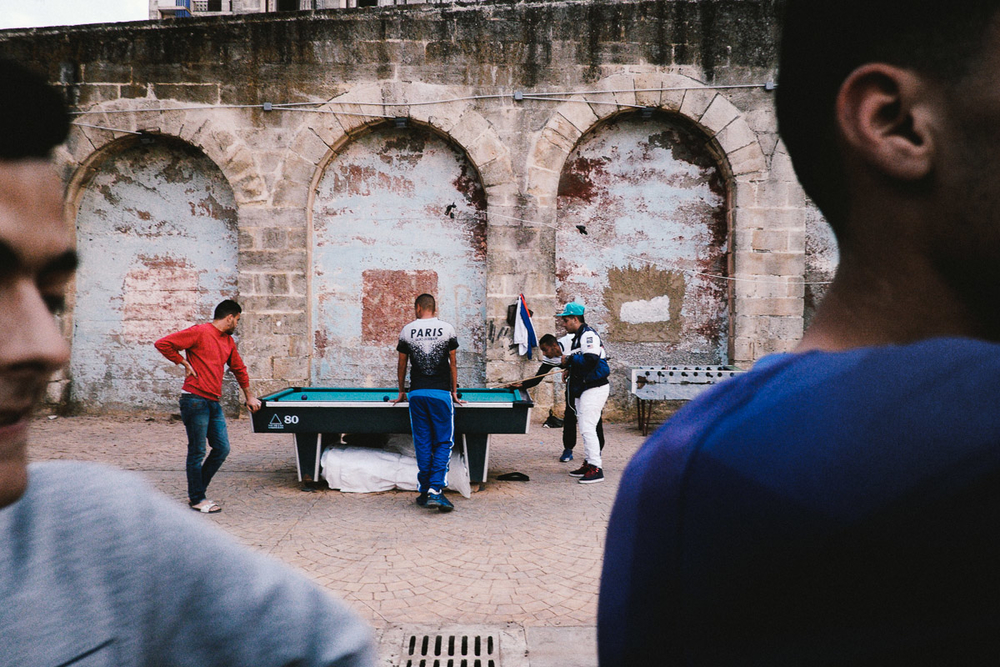 (TOP PHOTO: A woman walks through Algiers' old town. The entire city, like most of the country, suffered greatly during the "black decade" of the 1990s. Karim Mostafa/IRIN)