The problem for African peacekeeping is not so much where to find the boots to put on the ground, but how to pay for them – not to mention the helicopters, intelligence-gathering and technology crucial to conducting modern military operations and dealing with the new security threats on the horizon.

Since 2002, none of the five African Union peace operations have been financed through the AU’s Peace Fund, except for an allocation of $50 million for the African-led International Support Mission to Mali in 2013. The slogan of ‘African solutions for African problems’ falls a little flat when financing mainly comes from the European Union, individual European donors, and the United States.

But an AU summit at the end of July in the Rwandan capital Kigali hopes to change all that. African leaders are going to try to agree on a roadmap of alternative financing for AU-led peace support operations.

The meeting will explore innovative approaches – taxes on hotels, flights, text messaging, even a percentage of import duties – to self-generate 25 percent of peacekeeping costs by 2020: a significant step forward. The AU hopes that level of commitment would persuade the UN to cover the remaining 75 percent.

The AU wants to make funding sustainable and predictable. At the moment it’s neither. More than 90 percent of the AU’s peace and security budget is financed through the EU’s African Peace Facility. Since the APF was established in 2004, the EU has committed more than €1.1 billion. 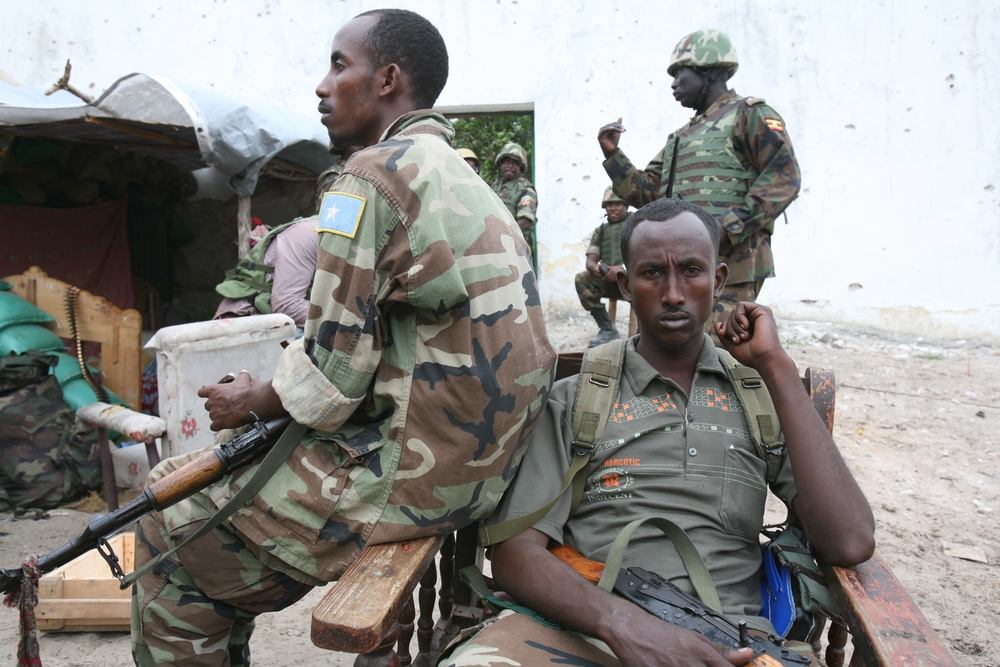 But what is given can also be withheld. At the beginning of the year, the EU cut its allocation to the allowances of the 22,000-strong African Union Mission in Somalia (AMISOM) by 20 percent. The reasoning: there were other “competing priorities in Africa and the world in general”, including the need to shift resources into training the Somali National Army.

Troop-contributing countries reacted with anger to the EU’s suggestion that they should make up the shortfall on allowances. Kenyan President Uhuru Kenyatta argued that African troops were paying in blood for what is an international peace and security remit. Both Kenya and Uganda have threatened to withdraw their soldiers.

Who pays the piper

The EU’s policy shift exemplifies the problem of the ad hoc nature of the funding. “The challenge is that the financing for these types of missions is not fit for purpose,” said a senior AU official who asked not to be named. “It’s a hodge-podge. We can’t go on like this, passing around the hat.”

The AU has on paper a comprehensive security architecture, but little of its own money to pay for it. The organisation lost its main benefactor with the fall of Libyan leader Muammar Gaddafi, and its other major contributors – Nigeria, South Africa, Algeria, and Egypt – are all going through tough times. Dependency on external financing not only determines which conflicts the AU can intervene in, but also dictates when the missions must end. 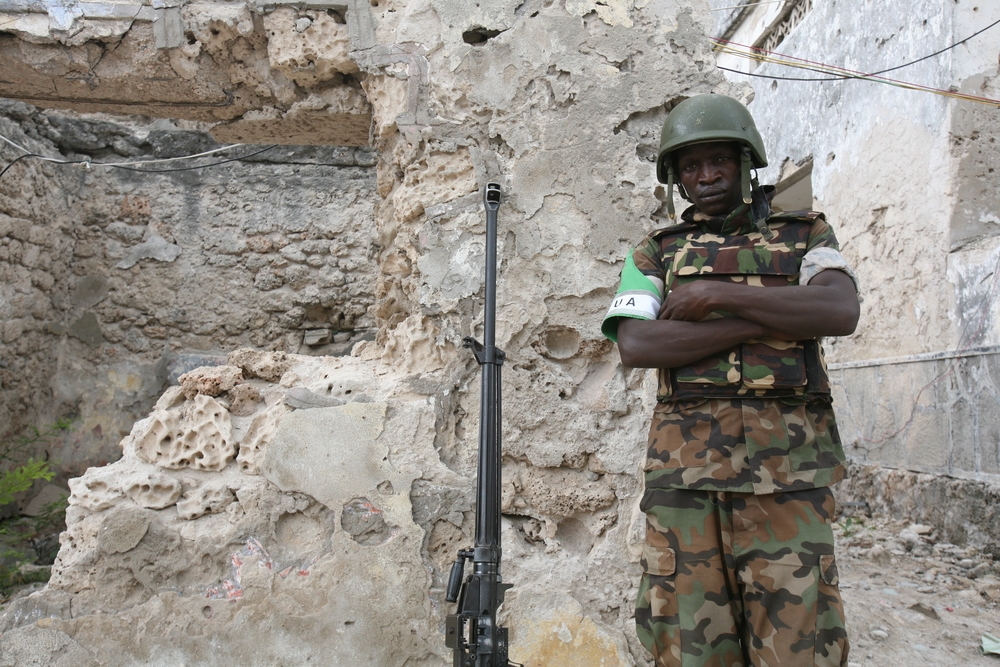 At the beginning of the year, the AU appointed Donald Kabureka, former president of the African Development Bank, as its high representative for the Peace Fund. His role is to find the resources that will enable African contributions to hit 25 percent of the fund’s budget, and to lobby international partners towards securing UN assessed contributions for the remainder.

It hasn’t been plain sailing. Some members, including Kenya and Egypt, have fretted over the impact a proposed $2 hotel tax or $10 levy on air tickets would have on their tourism industries. Zambia argued that the surrendering of national taxes was a violation of citizens' rights.

“There are also concerns over the accountability of the Peace Fund, which will be the repository of the funding,” said the senior AU official. “Little has been done on transparency and fiduciary rules.”

According to Paul Williams of the Elliott School of International Affairs at George Washington University, Kabureka is embarking on a tricky two-step process.

First he needs buy-in from the member states at the Kigali summit. “Once the AU settles on what its Peace Fund will do and how it can be filled with appropriate funds, then the UN and AU must agree on how the UN should help support African peace operations,” Williams told IRIN.

The UN recognises that AMISOM represents something of a model for future peace operations. The UN envisages more regional interventions authorised by the Security Council, and regards the AU in particular as a key partner. The AU has shown itself willing to deploy in situations where there is “no peace to keep”, and which in the case of Somalia involved the bloody slog of house-to-house combat in Mogadishu. Hardly the traditional role for UN blue helmets.

Apart from the AU’s willingness to take on enforcement operations, it also has the advantage of speed. In response to the violence in Central African Republic and Mali, the UN authorised the rapid deployment of AU peace support missions, interventions that were later re-hatted as UN operations. Ten of the UN’s 17 current peace missions are in Africa.

The AU sees the way forward as a formalised partnership with the UN under the mandate of Chapter VIII of the UN charter, which authorises collaboration with regional organisations. 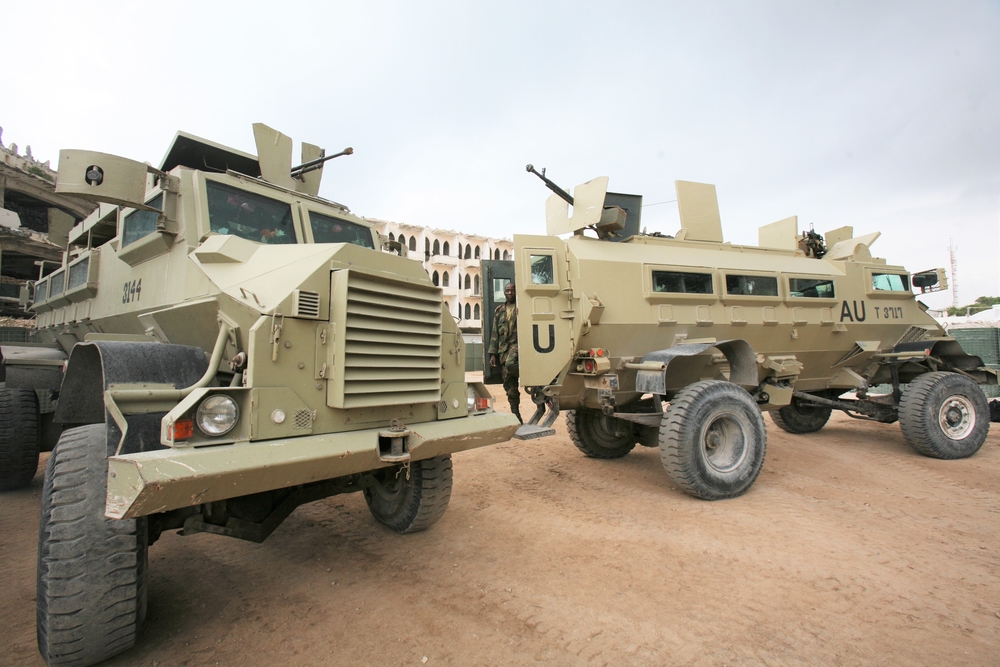 “Such a partnership should be based on the principles of burden-sharing, comparative advantage and division of labour, to better address the complexities of today’s conflicts,” an AU discussion note said.

Last year, a High-Level Independent Panel on United Nations Peace Operations, established by the UN secretary-general to review peace operations, recommended that the UN should support AU-led missions on a case-by-case basis. That qualification falls short of “African expectations of more open-ended commitments in terms of institutional cooperation and financing”, noted a report by the European Centre for Development Policy Management.

In the past year, there has been a series of reviews, framework documents, and common position papers exploring the steps to greater convergence. But there are still institutional and political challenges that could make working together difficult for both organisations – the ECDPM paper noted financial and budgetary control mechanisms and compliance with UN peacekeeping principles.

The AU has repeatedly reaffirmed its commitment to combatting sexual violence and protecting human rights in its deployments – key concerns of some UN member states. The (underfunded) pillars of its security architecture also uphold the importance of pursuing conflict prevention and early warning – the mediation and political avenues – before getting to boots on the ground.

It’s not clear where the Western, permanent UN Security Council members – the US, France, and the UK – sit in terms of using UN-assessed contributions to finance AU peace operations. “I would say it's too soon to attribute definitive positions to any of the key players at this moment in time,” said Williams.

But in a presentation earlier this year on regional approaches to security, he argued: “If Africa cannot find sustainable, predictable, flexible funding, then it raises questions of credibility, local ownership and sustainability.”

Without it, he added: “African states and organisations will never fully be in control; never own the agenda”.