An early test for Nigerian president-elect Muhammadu Buhari is how his incoming administration will handle the volatile oil revenue-generating Delta, where former militia commanders pledged their support to Goodluck Jonathan, their clansman, who was emphatically beaten in the 28 March presidential election.

The former Ijaw militants, all now wealthy businessmen after a government amnesty in 2009, had vowed a return to war should Buhari win. But following Jonathan’s acceptance of electoral defeat, they have rapidly reversed that position – including Mujahid Dokubo-Asari, who had been especially menacing.

Most have now publicly promised to work with Nigeria’s no-nonsense, straight-talking new leader when he is sworn-in on 29 May, but the suspicion remains that all may not be well in a region awash with weapons and a history of violence.

Gabriel Asabuja, previously second-in-command in the Movement for the Emancipation of the Niger Delta, one of the largest militant groups, told IRIN he accepted the poll result – despite the fact he had been at a meeting called by Jonathan’s party to plan for this weekend’s tense state governorship elections.

“Buhari’s victory is the way God wants it. As a Niger Delta youth leader I can say we can work with Buhari and it’s our duty to move forward,” he insisted.

Too rich to fight?

Asabuja, who still has a retinue of young men who refer to him as “General”, dismissed the idea of Asari or other former leaders going back to war.

There are several hurdles that could test the peace. Among them is the fate of pipeline protection and maritime surveillance contracts, reportedly worth between US$20 to US$45 million, aimed at curbing oil theft currently running at 100,000 b/d, according to the Nigerian National Petroleum Corporation (NNPC).

Man in a boat in Bodo 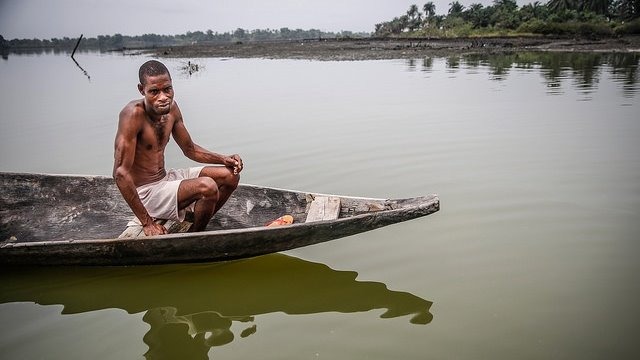 These were recently awarded to mainly Delta youth leaders like Asari, Ebikabowei “Boyloaf” Victor Ben, Ateke Tom and Government “Tompolo” Ekpmupolo – despite the NNPC finding that a similar $39.5 million deal made in 2011 had not been value for money.

The agreements were widely interpreted as a cynical use of the public purse by Jonathan to buy electoral support.

The bombing of a gas pipeline in the Ighrenene area of the Delta on 3 April, claimed by a group known as Urhobo Gbagbako, highlights the difficult position Buhari now finds himself in.

The militants said the blast was in response to the exclusion of the Urhoba ethnic group from the lucrative pipeline deals.

“We have now resumed attacks on the … pipeline facilities on a massive scale, [the] scale of bombings shall be unprecedented,” the emailed statement warned.

Other minority communities could follow suit if the situation is not handled carefully.

The cupboard is bare

Buhari is inheriting a much-depleted treasury, the result of the halving of global oil prices on which the Nigerian economy depends.

Buying peace to protect oil production – the policy of previous governments – may no longer be an option. It would also be out of character for Buhari, seen as an austere anti-corruption crusader who, as a military ruler for 20-months from 1983, was not averse to using military power.

“An area of confrontation is when Buhari refuses to negotiate the oil pipeline contracts,” said Michael Karikpo, project officer with the NGO Environmental Rights Action.

“The militants might be calculating they have the [new] government over a barrel. 'If the government doesn’t have money and we start blowing up pipelines, perhaps they’ll start doing business with us'. But that would be a miscalculation.”

The environmental destruction and humanitarian impact of more than 50 years of unpoliced oil production has been catastrophic for the Delta - far worse than was realized by the international community, according to a 2011 report by the UN’s Environmental Programme.

But the amounts of money squandered since the amnesty by a raft of government initiatives and agencies, or paid directly to those who had a hand in the violence, chaos and criminality, has drained away public sympathy.

“We can’t complain to the rest of Nigeria that we are underdeveloped after all the money spent – it has been an opportunity lost,” said Karikpo.

The Presidential Amnesty Programme has officially enrolled 30,000 ex-militants in disarmament, demobilisation and rehabilitation (DDR) since 2009.

It pays a monthly stipend of US$400 to each participant and has provided vocational training in Nigeria and abroad to over 14,000 ex-fighters.

The 2014 DDR budget was US$386 million, but programme management has been opaque and top-down, with funds disbursed through the accounts of militia leaders - a system tailor-made for embezzlement. It has also woefully failed in its goal of disarmament.

The cynical policy of pay-offs employed by both the government and international oil companies has kept the Delta armed and dangerous, eroded traditional systems of authority, and deepened the neglect of the communities.

“It has been an absolute disaster – money was thrown at the problem without any strategic thought,” said Karikpo. 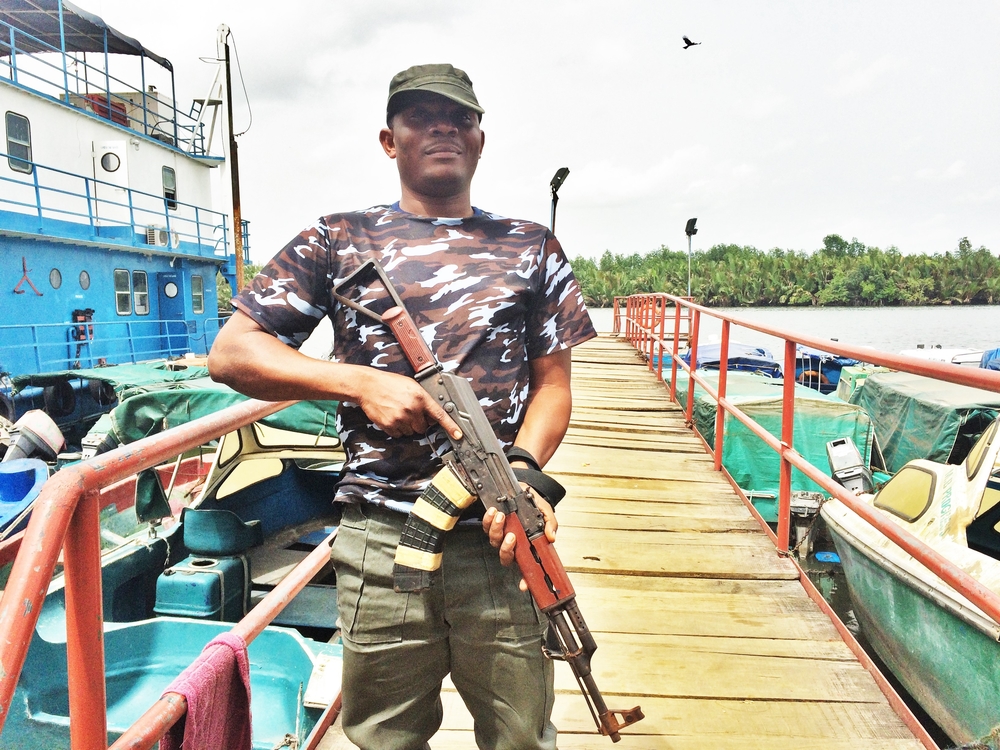 In essence, the authorities and “oil companies pay the strongest youth groups in each community to keep the peace, so every youth group [keeps their guns and] competes [for their share],” Karikpo said.

The multinationals “prefer making those payments than providing development [to the communities], as it’s cheaper,” he added.

Soifiri Peterside was part of the technical committee that recommended the amnesty and a series of interventions to address the economic injustice at the root of Delta agitation. He disowns what has since emerged – an entrenched culture of guns-for-hire in each community, where money rather than ideology generates recruits.

Despite the public avowal of peace by Asari and other militant leaders, Peterside said meetings were under way with a string of advisers and elder statesmen to reinforce a message that the new government’s response to any return to violence “won’t be like it was in the past,” and “very brutal” by comparison.

A complication Peterside foresees is that “the new battle may not be led by these [older] guys” who have much to lose. It could be driven instead by the hungrier footsoldiers or the urban “cult” gangs traditionally hired by feuding politicians.

Asabuja told IRIN he wanted Buhari to bring “real development, not just money but real jobs” to the Niger Delta. “If we don’t get it, the youth will revolt, and I won’t be able to step them. The tension is high.”

There is an emerging post-election narrative that accuses Buhari – a northern Muslim – of being the harbinger of “a northern agenda” to take control of the Delta’s oil. It alleges Jonathan’s defeat was part of a conspiracy supported by the international community, and his quick concession was not an act of statesmanship but of cowardice.

According to this logic, self-determination for the oil-producing overwhelmingly Christian states that voted solidly for Jonathan and his People’s Democratic Party becomes an attractive option to wage war for.

But Karikpo is certain that any return to war in the creeks, the network of waterways that carve through the region’s mangrove swamps, will not win support from the communities that bore the brunt of the militancy of the past.

He says people have woken up to the fact that the original goals of the Delta struggle were hijacked by people “who made billions”. That ambivalence will work in favour of the new government should Buhari’s resolve be tested.