A fortnight after a five-day battle took place in northwest Burundi, very few details have emerged about the armed group which entered the country and was eventually defeated by the army. With elections due later in May or June amid a climate of mistrust between the government and opposition, the fighting and information scarcity has fuelled anxieties.

Some 300,000 people lost their lives in the country’s 1993-2005 civil war, which broke out following the country’s first democratic elections.

Authorities have released some information about the events of 30 December to 2 January in Cibitoke, 50 km north of the capital, saying 95 of the attackers, two soldiers, and two civilians were killed. Nine of the assailants were taken prisoner.

Government spokesman Philippe Nzobonariba said in a televised statement that the attack “was designed to disrupt security at a time when the people of Burundi are preparing for elections”.

But little has been said about the group that carried out the attack. The army has said they came from a location called Mutarure in the South Kivu province of neighbouring Democratic Republic of Congo (DRC). But this reportedly left residents of Mutarure bemused, saying it would be difficult for an armed group to operate in a location so closely monitored by DRC troops and the UN mission in DRC.

There has been some suggestion that remnants of the National Liberation Forces rebel group were involved, having fled their base in DRC ahead of a joint attack by UN and DRC troops (Speaking to IRIN by phone last week, a rebel commander denied this, but added that he encouraged “all those who can attack the [Burundian] government to do so”).

The country’s most prominent human rights activist, Pierre-Claver Mbonimpa, has said that 37 of the casualties in Cibitoke were cases of extrajudicial killings carried out - after the victims had surrendered - by the police or the Imbonerakure, the allegedly highly militarized youth wing of the ruling party.

Mbonimpa spent several months in custody in 2014 and still faces a charge of endangering state security after publicly stating the Imbonerakure were receiving military training in DRC.

“There was a case where a young fighter surrendered in Murwi commune [in Cibitoke province]. He was handed over to the authorities. The local administrator refused to protect the fighter. Two policemen soon took him by motorbike to the police station. Thirty minutes later the captive was reportedly killed,” said Mbonimpa, who heads the Association for the Protection of Human and Detained Persons’ Rights .

Some of those killed were beheaded, he said.

Another rights activist, Armel Niyongere, who heads the Action Against Torture organisation, said the government was not being honest.

“The army says it doesn’t know who attacked the country. How can you fight a group for days without knowing who they are? This is not normal in a country with a functioning intelligence service,” he told IRIN.

“With this silence, they are hiding something from us,” he said, suggesting there was a plan to use this attack to arrest critics of the government. 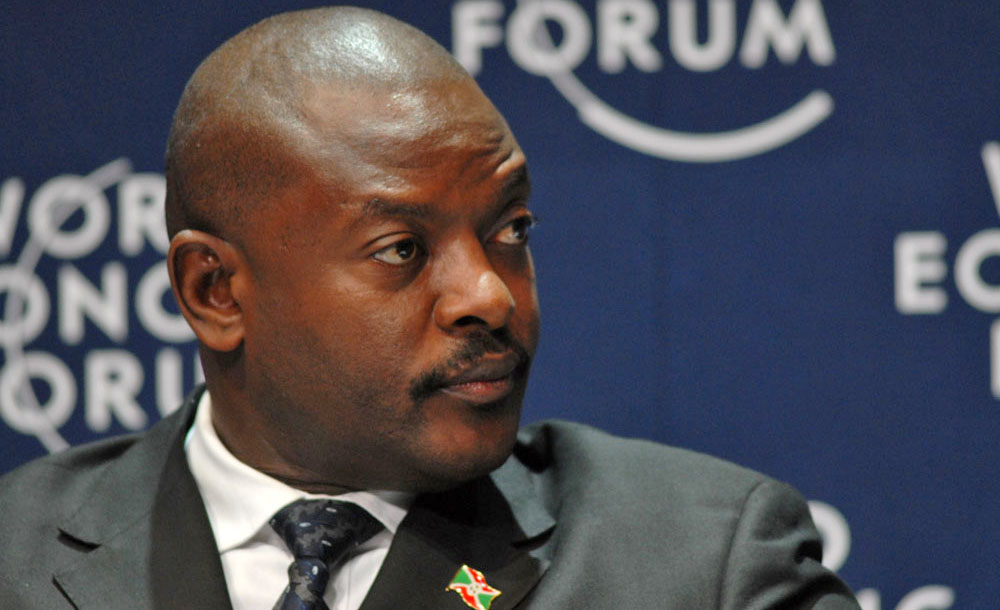 “The army says it fought an armed group for a week without knowing its identity. However, the same army says the group intended to install itself in the Kibira forest and recruit people to disrupt the elections. How could the army know this when its spokesman says none of those captured has uttered a word?” he said.

In his broadcast, Nzobonariba, the government spokesman, took pains to “deplore and condemn” politicians and civil society actors “who, instead of supporting the armed forces involved in fighting the enemy,” chose to make declarations “aimed at demoralizing the security forces faced with an enemy from abroad.” This, he said, “demonstrates a lack of patriotism.”

He went on to “assure politicians they would not be victimized because of their politics under the pretext of the recent attacks.”

Yet 15 January brought the arrest of Patrick Nkurunziza, the head of the youth wing of the opposition SAHWANYA-FRODEBU party.

“They asked me about my relations with the people who attacked Cibitoke,” Nkurunziza told IRIN in Cibitoke’s court house.

“I said that I was a politician dedicated to democracy who defends democratic ideals and that it is not among my options to take up arms,” he said, adding that he had also been falsely accused of publicly declaring his intention to overthrow the government.

According to Ngendakumana, who also chairs the SAHWANYA-FRODEBU party, the government “is trying to find a person or group of persons or a political party to blame” for the Cibitoke attacks, he said.

“Today we see that it is the SAHWANYA-FRODEBU party that is targeted, a party that has never taken part in armed conflict and has always made its demands through peaceful and political means.”

Also on 15 January, the same party’s vice chairman, Frédéric Bamvuginyumvira was jailed for five years after a conviction for bribery. Ngendakumana himself was in October convicted on charges of making “damaging allegations, false accusations and ethnic aversion” related to a letter to the UN that warned of worsening violence and even genocide in Burundi. He is free pending his appeal.

“We consider this a plot to destabilise the party and all this is in connection with the elections,” he said.

For years, Burundi has been marked by a climate of political tension that frequently degenerates into violent incidents.

In its latest report on the state of the country, the respected Observatory of Government Action highlighted the role of political party youth wings.

“They want to substitute themselves for the security forces… They detain people with different political opinions, tie them up, beat them, detain them, make them pay fines and so on…They set up barricades, destroy the emblems of other political parties, do the rounds at night and even obstruct the meetings of other parties.

“Youths of the CNDD-FDD’s Imbonerakure are frequently cited, even if party leaders deny this. In several corners of the country, these youths rule the roost. Violent clashes with youths of other parties have come close to degenerating, sometimes to the indifference of authorities,” the report said.

The ruling party has not been spared the violence. On 6 January, three of its activists were murdered in a bar by men in military uniform who went on to torch the local party office.

One of the most contentious issues related to the elections – which have already been marked by accusations of a fraudulent voter registration process – is whether President Pierre Nkurunziza will run for re-election.

He has said little, but his entourage has repeatedly insisted a constitutional two-term limit does not apply because the first of Nkurunziza’s two terms followed a vote in parliament, not a national election.

The opposition, civil society and even elements of his ruling party reject this argument.

On this issue Archbishop Simon Ntamwana recently fumed: “If he runs for a third mandate it will be against the law. Getting elected by forces is akin to making slaves of people and nobody has the right to make slaves of others.”