The latest arrest of a group of prominent anti-slavery activists in Mauritania has once again brought to the fore the country's struggle with slavery and discrimination based on colour.

The Global Slavery Index classifies Mauritania as the most egregious offender when it comes to modern slavery, with 155,600 people still living in enslavement or about 4 percent of the population.

The index defines slavery as the status of a person who is owned by another, which could also include practices similar to debt-bondage, forced marriage, and slavery based on descent.

Several veteran activists were arrested on 11 November near the Mauritanian city of Rosso, on the Senegalese border. They were crisscrossing the Senegal River Valley holding public meetings and rallies to raise awareness about the need for land reform to benefit former slaves. People descended from slaves are often the victims of discrimination and have difficulty gaining access to land.

Senegal River Valley is the site of some of Mauritania's best (and only) agricultural land, since the Sahara desert covers more than three-quarters of the country.

The nine arrested activists included Biram Dah Abeid, president of the Initiative for the Resurgence of the Abolitionist Movement (IRA) and the runner-up in the country's recent presidential elections.

Abeid and his organization have long been outspoken about the links between the legacy of slavery and poverty in Mauritania.

"The Mauritanian slave masters have estates that they owe almost completely to the hard work of slaves," Abeid told IRIN in an interview just a few days before his arrest. "It was on the backs of these slaves that they derived all of their wealth. The slaves only receive the leftover crumbs."

The population of Mauritania is divided into three categories: an Arab-Berber group, making up the ruling class; black moors or Harratin, who are the current and former slaves; and other sub-Saharan African groups. The Arab-Berber group, despite, being a minority, dominates the political and economic life of the country. Both the black moors and the sub-Saharan African groups, which make up more than 70 percent of the population, have difficulty finding work.

Despite the 2007 law criminalizing slavery, it persists.

Aichetou Mbareck was a slave. Mbareck does not know how old she is, but her little sister thinks Aichetou might be around 40. She was released from slavery in Rosso only four years ago. "I was often beaten by my former masters," Mbareck told IRIN, "with a stick, with electrical wire and with anything that came to hand." She said her little sister helped her flee. "She came back to look for me after running away herself. I do not know if I would have had the courage to go alone, without her help," said Mbareck.

The Global Slavery Index says the government has systematically failed to enforce its own slavery laws, thus perpetuating impunity. Only one person has ever been convicted for slavery - a case tried in 2011, but the individual served less than a year in prison.

Boubacar Ould Messaoud, president of SOS-Esclaves, the first anti-slavery organization in Mauritania, said the government is in denial about slavery. "We have observed that judges systematically requalify the proven cases of slavery that we present to them as just forms of unpaid work," Messaoud told IRIN. 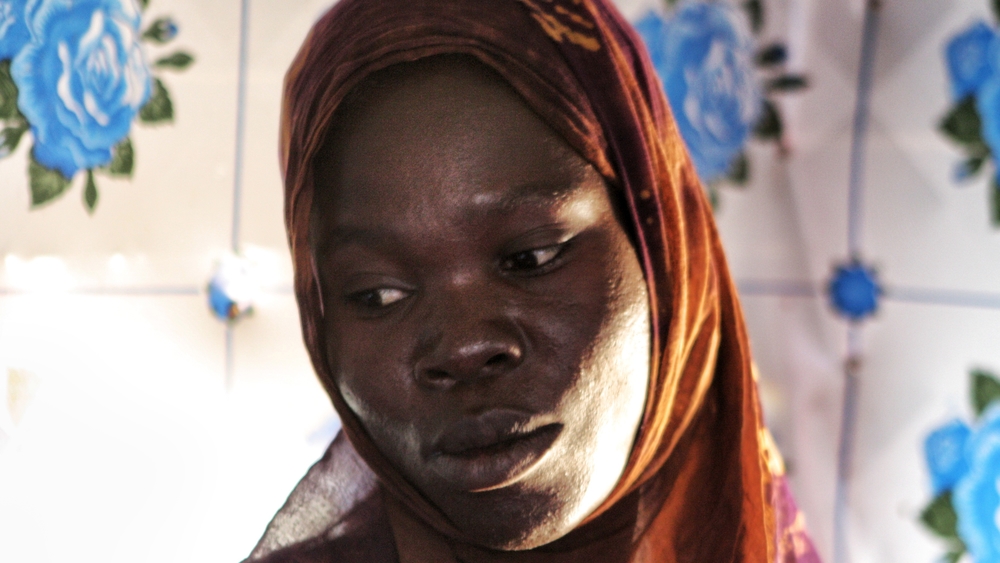 Messaoud and his fellow anti-slavery activists are worried. "We are concerned about the wave of arrests of human rights activists and call for the immediate cessation of this campaign of repression," said Messaoud.

Amnesty International, in a statement released on 12 November, echoed this sentiment. "The Mauritanian authorities must stop the harassment, intimidation and repression of anti-slavery activists," it said.

Land reform that Abeid and the other activists were canvassing for is the latest front in an ongoing battle against the inequalities created by slavery.

"All land belongs to the state in theory," said Bilal Ould Merzeg, a former ambassador and the founding member of the El Hor political movement (founded in the 1970s to fight for the rights of black moors). "But in the distribution of land, even at the state level, feudal reflexes also remain, and land is distributed to the powerful."

Isselmou Ould Abdelkader, a former minister of foreign affairs and a consultant on human rights, disagrees. "Land belongs to the tribe," he told IRIN. "And everyone has access to it." Abdelkader said the "slave mode of production" has been dead for years. But, he said, it is common for certain people in society - what he would prefer to call serfs instead of slaves - are expected to pay a tithe to their masters, former or otherwise, after the agricultural season.

Abdoulaye Sow, a professor of sociology at the University of Nouakchott, told IRIN that serf or slave, the problem is about the country's deep hierarchies. Land reform for the benefit of the slaves and former slaves, "would undermine the foundations of Mauritanian society, which is profoundly unequal," said Sow.

The Mauritanian government continues to crack down on the anti-slavery activists. Several IRA members were arrested in a Nouakchott mosque in October. And on 13 November, a few days after Abeid's arrest, the police and National Guard used violent force to put down a protest led by IRA members and supporters at Nouakchott's main market.

According to Mamadou Sarr, president of the National Forum on Human Rights, the administration of President Mohamed Ould Abdel Aziz has regularly suppressed both anti-slavery activists and campaigners who talk about racial discrimination in general. "For each peaceful demonstration, there has been a corresponding extremely brutal police crackdown," Sarr told IRIN.

Nonetheless, many Mauritanians have not been cowed. "These endless violent repressions are useless," said Aliou Diarra, a student at the University of Nouakchott who is tired of discrimination against black Mauritanians. "We saw the Arab Spring and we have seen what happened in Burkina Faso. When the demands of the people, or a large majority of the people, are solid and legitimate, there is nothing the authorities can do to stem the tide of our quest for equality."