In 2013 Surabaya’s firebrand mayor closed two of the city’s six red light districts, and in June 2014 she shut down Dolly, one of the largest sex work complexes in Southeast Asia. But while she is running the campaign in the name of public morality, research shows closing brothels puts sex workers at increased risk, and HIV interventions must adjust.

“Now if someone asks us `where is the red light district in Surabaya’, we have to say ‘everywhere’,” Mbak Ida, who was an HIV outreach worker in Dolly for 20 years, told IRIN. Anywhere between 1,000 and 2,000 sex workers used to operate in Dolly alone. But the now-empty alleyways do not mean the sex trade has disappeared, just dispersed.

Sex work is not itself illegal in Indonesia, meaning sex workers are afforded some protections - but mostly only if they stay out of sight, such as in brothels. Working on the streets or in other public venues such as cabaret restaurants, can come with increased risk of police harassment or violence.

Scattered on the streets

The Surabaya municipal health department has made attempts to map “hot spots” of where sex workers are now going, and share the data with outreach staff. However, its efforts have had limited impact as the population is moving swiftly - sometimes even to other islands.

According to Mbak Ida, “now that more people are on their own, we hardly know where to find everyone - we rely on informal information, phone calls and gossip.”

The 2012 Indonesian AIDS Commission’s report to the UN General Assembly Special Session on HIV/AIDS noted that non brothel-based sex workers “continued to be deeply disadvantaged in their access to information, supplies, and services”.

Since Dolly stuttered to a close in July, Susi, a 34-year-old former sex worker, has been working on a construction site earning 400,000 rupiah (US$33) per month - a fraction of her earnings at the brothel.

“I carry stones. My body is always sore,” she said. Most of her colleagues are former clients, but she does not do sex work any more. “I can’t do sex work outside of the brothel because I am too afraid to negotiate prices and condoms,” she said.

“Many of my clients at the brothel asked not to use a condom. Sometimes I did it, and I made them pay a lot for it, but I knew I could bargain because they knew the 100 percent condom rule, so I could always [ask security to] throw them out. Now I don’t know how I would negotiate that outside, but the construction money is not enough for ever.”

A multi-year public health study on brothel-based sex workers in Surabaya published in 2014 said: “Street-based FSWs [female sex workers] are subject to legal crackdowns” while “brothel-based FSWs…typically are not subject to the same legal enforcement.” The 2012 UN Development Programme (UNDP), Joint UN Programme on HIV/AIDS (UNAIDS) and UN Population Fund (UNFPA) joint report Sex Work and the Law in Asia-Pacificexplained: “Police use the vagrancy offence under the Penal Code as the basis for targeting street-based sex workers - including targeting outreach workers who are carrying condoms.”

Wiwek Afifa, the East Java secretary for the National Commission on Violence Against Women, explained the Indonesian government’s historical condoning of red light districts was, in part, a form of pragmatism.

“The government has a history of working closely with the pimps and hotel owners to make sure the sex workers were at least safe,” she said, explaining that brothels were typically quite control-oriented, with management only allowing their female sex worker employees limited amounts of freedom. “It was an acknowledgement of the patriarchal culture that ran the place, but it was pragmatic,” she said.

Mbak Ida told IRIN she had met street-based sex workers whom the police had locked inside rehabilitation centres and tortured for months. “There’s a reason women prefer the brothels,” she explained. “They know that the brothel owners have an incentive to keep them safe, and feeling well,” she said.

"Dolly" was once Southeast Asia's largest Red Light District. Brothels there employed thousands of women in sex work, and thousands more in other professions. Now it is closed, sparking HIV prevention fears. 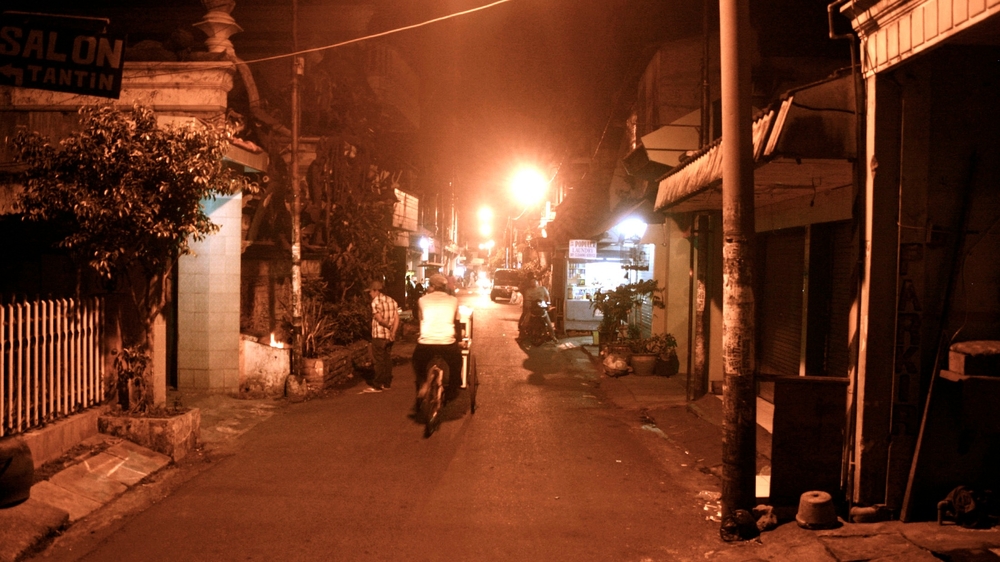 “Once a month the health department would come do HIV tests,” said Susi. “The pimps and brothel owners said we had to do it or they would kick us out, so we would do it, we didn’t have to plan for it because we knew it was coming.” Or, as the 2014 health study explained: “Brothel-based female sex workers in Surabaya have been the targets of sexually transmitted infection control and condom use promotion efforts for more than 3 decades."
More risks for sex workers?

Putin, who uses just one name, a member of the Forum Komunikasi Masyarakat Lokalisas Surabaya, an organization representing brothel owners and employees, told IRIN that since Surabaya’s brothel closures began, everyone associated with the industry is desperate to maintain income.

“Now, because the professional sex workers are gone, sometimes hotel owners just ask random women on the streets if they want to have sex a few times to make money," he said. "Some of them say yes, but this is a very different type of person - she is not a professional. It’s not clear she knows much about sexual health at all because the brothels are where such things were taught and enforced."

It is that termination of health “enforcement” that has others worried.

A 2013 review of the US Agency for International Development’s HIV work in Indonesia, published as red light districts were being squeezed, warned that “brothel closures can rapidly decrease the size of the population that can be reached.” The report said: “Staff at the district health office [in Surabaya] noted that they have no plan for providing HIV prevention services to female sex workers who will be affected by brothel closures.”

But the shift to the less-secure streets is not the only problem. The way brothels manage sex workers’ health, others say, may create more risk in the long run.

“There's a reason women prefer the brothels. They know that the brothel owners have an incentive to keep them safe, and feeling well ”

The approach has been popular among brothel owners and local governments in Indonesia, and data suggest some impact. According to 2011 Integrated Bio-Behavioral Survey (IBBS) data, 47 percent of “direct” female sex workers (or DFSW - those who earn money only from sex work, often brothel-based) report they always use condoms, compared to only 35 percent of “indirect” female sex workers (IFSW - those for whom sex work is not the primary source of income, and who very rarely appear in brothels). The report also showed that only 25 percent of IFSW had ever made contact with an HIV outreach worker, whereas more than half of DFSW had.

“100% CUP” has been repeatedlycriticized, however, for leading to forced HIV tests. UNDP, UNAIDS and UNFPA argued that, “condom programmes that rely on enforcement of mandatory measures by health authorities, police or managers of sex work businesses can be counterproductive to HIV responses.”

“We have only been able to create a real difference for the sex workers in the red light districts because that’s where we have been funded to focus,” laments Mbak Ida. “That’s where the plans and interventions have targeted.”

“We need to find ways in Indonesia to make health services available, accessible and acceptable to sex workers based on the principles of non-discrimination and the right to health,” UNAIDS-Indonesia country director Cho Kah Sin told IRIN, echoing UN World Health Organization (WHO) standards that universal access to condoms is more effective than regulatory measures such as coerced testing of sex workers.