Amid increasing documentation of attacks on people engaged in environmental activism, experts are calling for a global protection regime to defend and support campaigners subjected to harassment and abuse.

“We need to come up with an umbrella organization that looks after environmental activists’ rights and is in a position to launch rapid action that assists those in trouble, like what we see with media organizations,” Emilienne de Leon, a board member of the International Network of Women’s Funds (INWF) told IRIN. (INWF’s mission is to “strengthen the political and financial capacity of Women’s Funds to empower women and girls and redistribute resources to transform their lives and communities”.)

During the first week of August activists, donors and researchers gathered in Bali, Indonesia, for the world’s first international summit on climate and women; a large part of the discussion was centered on attacks on people campaigning to protect the environment.

“We will prepare a document advising donors and others on the way forward and hopefully we will be able to act on the recommendations sooner than later,” de Leon said, adding that the initial plan involves a three-way partnership between Global Green Grants (an environmental sustainability and social justice organization), INWF, and the Urgent Action Fund for Women’s Human Rights.

The need for a global response is becoming more evident as documentation of attacks increases.

A report by Global Witness, an international organization that investigates corruption and environmental degradation, found that between 2002 and 2013 at least 903 citizens engaged in environmental protection work were killed, just shy of the 913 journalists killed in the same time period.

Calling the issue of violence and threats against environmental campaigners “notoriously under-reported”, Global Witness argued in its report Deadly Environment that “the death rate points to a much greater rate of non-lethal violence and intimidation” and noted that “three times as many people were killed in 2012 than 10 years previously, with the death rate rising in the past four years to an average of two activists a week.”

In her 2011 report to the Human Rights Council, Special Rapporteur on Human Rights Defenders Margaret Sekaggya noted that environmental campaigners may be particularly vulnerable to abuse and called for increased attention to their plight, saying: “defenders working on land and environmental issues are particularly disadvantaged due to the often limited knowledge they have about their rights and lack of information on how to claim them, scarce resources and weak organizational capacity.”

As attention gradually increases and more attacks come to light, experts are calling for a coordinated global response mechanism to protect “green” campaigners.

“Attacks are rising and so is their impact on the work that is being carried out on [the] ground,” said Terry Odendhal, executive director at Global Green Grants.

Aleta Baun, an activist from Indonesia’s Timor island who has campaigned for the past decade against mining companies, said threats and intimidation have not been single incidents but were part of a sustained assault.

Baun told IRIN she was first attacked while she was orchestrating a multi-day campaign which involved indigenous women blocking the path to a marble mine by sitting on the site and weaving their traditional cloth. A group of over 30 men waylaid her in a remote part of the island and surrounded her.

“At one point they were debating whether to kill me or rape me,” she said, explaining that they decided murder was not viable because there were too many witnesses present. “They decided not to rape me because there were too many men waiting to take their turn,” she said, adding that in the end they stabbed her in her legs and took all of her money.

The authorities arrested and prosecuted the men responsible for the attack.
However, Baun said, such legal action did not get to the heart of the issue as the orchestrators of the assault - those who paid the attackers - were never charged. 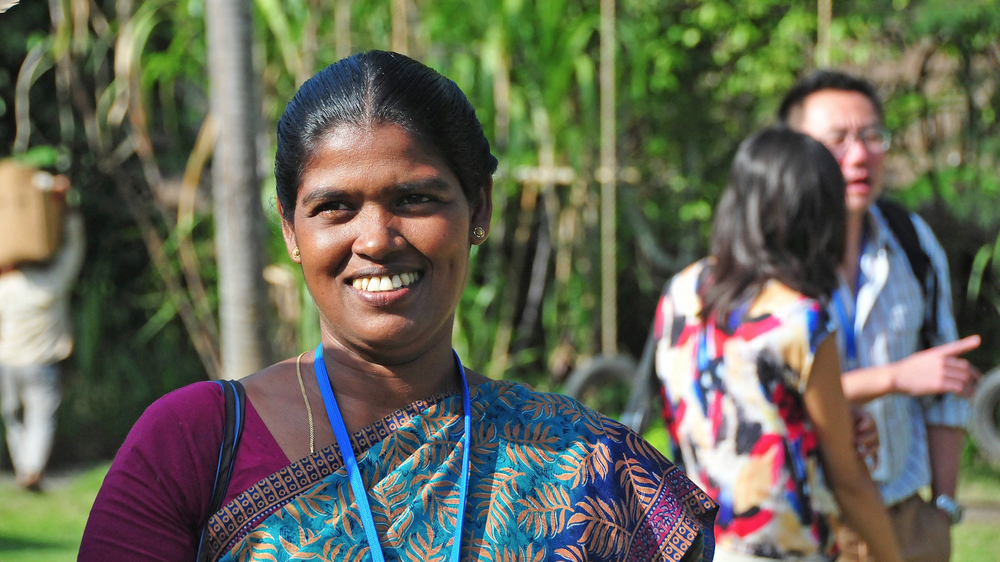 “After the attack, police arrested some of [the attackers] for obstructing a protest,” Baun explained. “When they got released, the men who attacked me came to me to ask help to withdraw my complaint. They told me that they had not been paid the sums promised for their work attacking us, and they were fed up.”

Suryamani Bhagat an activist with the "Save the Forests of Jharkhand Movement", a campaign in India’s eastern Jharkhand State, said her most consistent tormentors have been government forestry officials.

“They want to use the forests for commercial purposes, but for us the forest is part of our way of life,” Bhagat said, adding that she has faced several threats from forestry officials and has been harassed by police. She and her co-campaigners, who are mostly women farmers, have evaded arrest by showing solidarity in the face of police threats.

“Once we told the police that we would all come to the police station voluntarily, but our children and our livestock will also come with us, since there will be no one left at home to take care of them if we are arrested,” she said.

“I make sure that I work with a large number of women who can stand with me if there is a threat,” she said.

But attackers were persistent and Baun was forced to flee her home and seek refuge in the same forest she was campaigning to protect, remaining in self-imposed exile for a year.

“Staying there for my safety meant I could not provide hands-on leadership to the campaign against mining operations,” she said, adding that while protests against the mines continued, the movement lacked a clear leader in her absence.

She was eventually able to re-join her fellow campaigners, but says: “If not for the attacks and the threats, maybe we could have gotten the mining groups out much earlier.”

The frustrations of fending off harassers linger: Bhagat said that because she has to constantly worry about forest officials bothering her or making complaints against her which could land her in jail, half of her time is spent looking over her shoulder or managing threats.

“Dealing with harassment takes time that I could have spent on building community awareness. Now I have to spend more time trying to undo the damages done by forest officials,” she said, adding that pervasive and persistent threats discourage more people from joining campaigns as well.

According to de Leon, in addition to coordinating a rapid response protection mechanism for activists in danger, the global platform will lobby donors and policymakers to build awareness on the persistent dangers environmental campaigners face.