The rollout of universal health coverage in Indonesia has been greeted with public enthusiasm, but health experts warn that inadequate funding could undermine the quality of care.

The government aims to have every Indonesian covered by health insurance by 2019 under a new scheme called Jaminan Kesehatan Nasional (JKN), with nearly 20 trillion rupiah (US$1.6 billion) allocated to cover premiums for the poor in 2014.

Around 65 percent of the country’s 240 million people, including 86 million categorized as poor, are covered by some form of regional or national health programme and are automatically entitled to comprehensive coverage under the JKN, which has replaced the previous health schemes.

“This is a great programme. It should mean that people will no longer be denied treatment because they don’t have money,” said Wawan Mulyawan, a neurosurgeon and medical insurance consultant who works at a private hospital in Jakarta, the capital.

The World Bank  estimates the insurance scheme will cost $13-$16 billion each year once fully implemented, while Jakarta has said it will double its spending on health to 16 trillion rupiah ($1.64 billion) in 2014 to cover the poor and “near poor”.

The rollout began on 1 January 2014, but implementation has not gone smoothly, with many workers at referral hospitals poorly informed about the programme’s details.

Under the previous national insurance for the poor, hospitals, both state and private, complained the government delayed payments for more than a year, and some hospitals refused patients unless they made partial payment in advance. However, the government says it has learned from its mistakes.

Indonesia has 25 health workers per 10,000 people, which meets the World Health Organization's minimum of 23, but they tend to be concentrated in urban centres, leaving parts of the archipelago without an adequate number of health personnel.

More than 1,700 state and private hospitals are participating in JKN, with over 9,000 state-funded community clinics, known as Puskesmas, serving as the backbone of primary care, Ghufran said.

The government plans to build 150 new hospitals in 2014, and says all hospitals will be required to serve JKN patients by 2019.

The new Banda Aceh General Hospital has state of the art equipment, but still has to refer patients abroad for specialised care 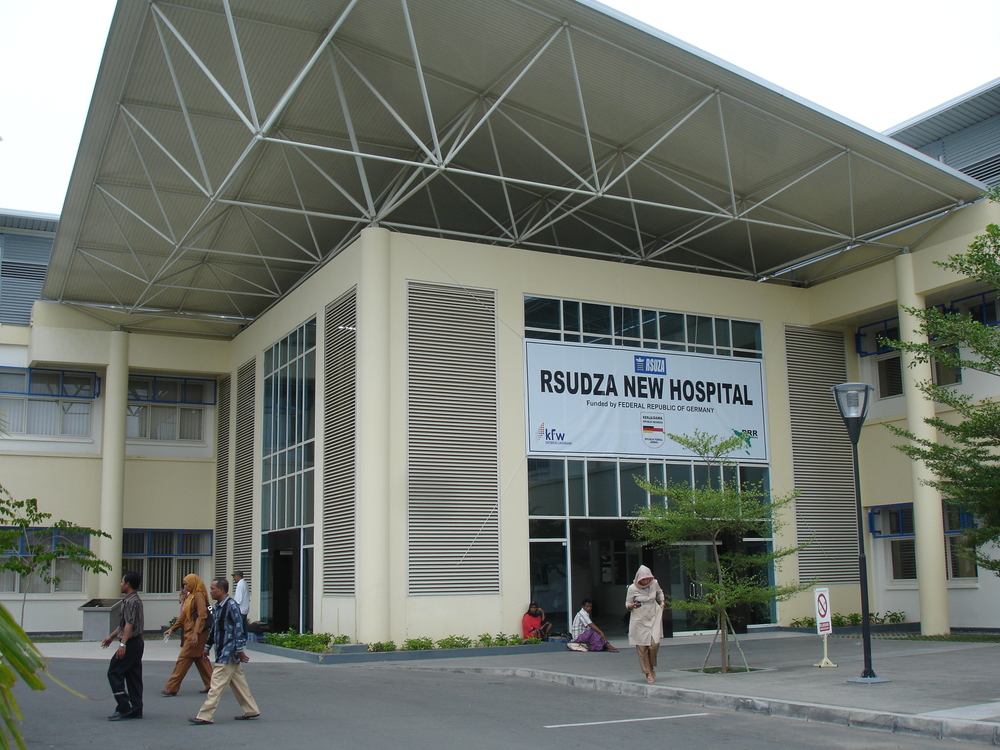 The rate of mortality from non-communicable diseases rose from 41.7 percent in 1995 to 59.5 percent in 2007 - an increase of 42 percent - the latest figure available from the Health Ministry.

A report released in 2013 by Novo Nordisk, a global healthcare company, says 7.6 million people in Indonesia are living with diabetes, with millions more are at risk.

By 2030, the number of people with diabetes  in Indonesia is projected to top 11.8 million, a 6 percent annual growth that by far exceeds the country’s overall population growth.

Muhammad Imran, whose elderly father was receiving treatment for diabetes and high blood pressure as an outpatient under a previous insurance plan, said the Central Army Hospital had been inundated with patients referred by primary healthcare clinics.

“My father had to wait for hours to be seen by a doctor,” he said. “After that we had to queue again for hours at the pharmacy. This is ridiculous.”

The 110,000-member Indonesian Medical Association says the amount the government is paying for the poor is too low, and has warned that this could compromise the quality of healthcare.

What about the doctors?

“There will inevitably be problems. Doctors will not be adequately paid and they won’t be able to provide the maximum quality of care,” said association chairman Zainal Abidin.

Indonesian President Susilo Bambang Yudhoyono said he was aware of the potential problem, and the government would issue an additional regulation providing financial incentives for doctors and other medical workers. The premium paid for the poor would also gradually be increased.

“An evaluation will be conducted after three months, and [again after] six months, to ensure that its implementation will be better in the future,” the president said.

The JKN specifies that government doctors and dentists working at public clinics (Pukesmas) be paid according to “capitation”, meaning that healthcare providers are paid a set amount for each enrolled person assigned to them during a period of time (usually a month), whether or not that person seeks treatment.

Under the programme, doctors and health facilities at the primary care level, both public and private, will have to treat all persons assigned to them, regardless of whether patients come to them for treatment or not.

But Abidin said the amount a primary care provider or family doctor receives for each enrolled person assigned to them - 8,000 rupiah, about 68 US cents - is too low.

For example, public and private clinics or family doctors will receive 40 million rupiah ($3,328) for 5,000 enrolled citizens in advance per month, regardless of how much they spend on treating those patients, and whether or not they seek care.

According to a 2013 paper by Australia’s Nossal Institute for Global Health, there were potential inequalities in implementing universal health coverage in Indonesia.

Experience with the previous national health scheme, Jamkesmas, had shown that despite nominal comprehensive coverage for the poor, patients had difficulty accessing certain services, and sometimes had to pay for medicines not available at the facility, particularly in rural areas.

“Poor quality and unequal distribution of government health facilities have been issues with which the ministry of health has been struggling with for some decades, without much progress. Significant further government investment in health infrastructure and workforce will be needed,” the paper said.

“The majority of doctors are civil servants. If there’s a surge in patients while... [the doctor] has to juggle working in two or three places to make a decent living, you can imagine the stress,” said Mulyawan, the neurosurgeon and insurance expert.

The unequal distribution of health workers would not be a problem if they were adequately paid wherever they work, he said. “Most doctors choose to work in cities because that’s where the money is.”