The crisis in the Central African Republic (CAR) has been deteriorating for the best part of this year. In the words of UN Deputy Secretary-General Jan Eliasson, the international community has “watched from a distance” as the country descended into “virtual melt-down.” He called the decision to act “a profoundly important test of international solidarity and of our responsibility to prevent atrocities.”

Senior officials from France, the UN and the US have all highlighted the country faces an imminent risk of genocide.

This week, the UN Security Council will vote on a resolution calling for an African Union military mission there - staffed by just 1,400 of its 3,600 mandated personnel - to be strengthened and perhaps re-hatted into a UN peacekeeping force.

“After months of 'wait-and-see', the international community has finally realized it cannot afford another failed state in Africa, with its attendant risk of regional spillover. However, the situation on the ground is deteriorating at a much faster pace than the international response is mobilizing,” noted the International Crisis Group in a report released yesterday.

In Syria, although an estimated over six million people have become refugees or internally displaced because of the ongoing civil conflict, little progress has been made to end the hostilities, and the Security Council has been in gridlock over authorizing the use of force. Many from Bashar al-Assad’s Alawite minority sect, fearing a backlash should the regime topple, have sworn allegiance to the embattled president.

A new book, Responding to Genocide: The Politics of International Action, edited by Adam Lupel and Ernesto Verdeja, argues that a lack of political will and an overly stringent definition of genocide are major challenges to preventing, intervening and stopping mass atrocities and genocide.

“International responses, time and again we found, come up against the problems of political will and political division as the principal problems to timely, effective action,” Lupel, senior fellow at the International Peace Institute, said at a recent event in London. “You see this in cases of Bosnia, Rwanda, Darfur and, currently, Syria.”

During the 1994 Rwanda genocide, some of the reluctance to commit peacekeepers can be traced back to the deaths of 18 US soldiers in Somalia in 1993. Kofi Annan, then director of UN Peacekeeping, notes in his 2012 book Interventions: A Life in War and Peace, that while there were requests for a bigger contingent in Rwanda, “in the post-Somalia international climate, there was no appetite in the international community for taking even the slightest risks with the lives of peacekeepers, certainly not in the United States.”

“We can make the moral claim as much as we want, but the truth is that states tend to act when it is in their national interest,” he said. Therefore, focusing on these common interests is likely to be more effective.

“Mass violence against civilians causes refugee problems; it can cross international borders, fuel regional instability and damage transnational economies,” Lupel noted. “It is not something that can be contained in one country.”

It “can undermine the whole international system of collective security by calling into question the ability of the UN Security Council to live up to its responsibility as the authority [tasked] by law with the maintenance of international peace and security,” he said.

The authors believe that while the international laws compelling states to intervene in mass atrocities have not been applied consistently or regularly, they nonetheless are crucial in preventing mass crimes.

“These rules and tools are extremely important because they do shape the terms of the debate and also the range of options which are considered appropriate and legitimate in the face of any particular crisis,” said Iavor Rangelov, research fellow at the London School of Economics and author of a chapter of the book.

For example, there is broad agreement on the content and substance of the 2005 Responsibility to Protect (R2P) norm, but it is weakened by serious division over how to apply its provisions, particularly the elements about the use of force.

Rangelov believes that if civil society is used to push for the creation of new norms, it can help generate the political will needed to limit mass atrocities. He said people need to think of civil society “less as a whistleblower in a particular crisis and more as an agent of normative change in relation to genocide and other large-scale human rights violations.”

Indeed, civil society individuals have at different points in history, been indispensable to the furthering of laws on mass crimes. Polish jurist Raphael Lemkin, credited with coining the term “genocide” (he first formally used it in his 1944 work Axis Rule in Occupied Europe), mounted a life-long campaign to have it legally considered an international crime. Many of his recommendations are found in the language of the final UN Genocide Convention.

In lobbying governments to intervene in individual crises, civil society campaigns are likely to fall short. This, Rangelov argues, is because transnational civil society is not a single, uniform entity but is fraught with division, contradiction and contestation. “Very much like political actors, they are also competing,” he noted.

Difficulty defining the issue has also impeded effective action, especially when it comes to genocide, according to the authors. “Different communities and different interlocutors are using the same term for slightly different purposes,” said Ernesto Verdeja, assistant professor at the University of Notre Dame.

Under the UN Convention on the Prevention and Punishment of the Crime of Genocide, the term is defined as “acts committed with the intent to destroy, in whole or in part, a national, ethnical, racial or religious group.” Such acts include systematically killing members of a group and creating conditions that would lead to its destruction, such as forced starvation policies.

The concept of intent, which distinguishes genocide from other mass atrocity crimes, needs revisiting, said Verdeja.

We need to move away from a situation where “one has to prove that the perpetrator had not only knowledge that his or her policies and actions would lead to the destruction of the group, but also specifically intended that the group be destroyed,” because this is almost impossible while a conflict is taking place. “Normally, you don’t see a case where you have the perpetrator saying, ‘We intentionally aim to destroy this group,’” he pointed out.

Instead, intent could be inferred from the extent, patterns and coordination of killings.

“It’s a way of trying to construct a conception of intentionality that does not meet the legal threshold, admittedly, but I think is much more useful for the purposes of policy, for prediction and early warning,” he said. 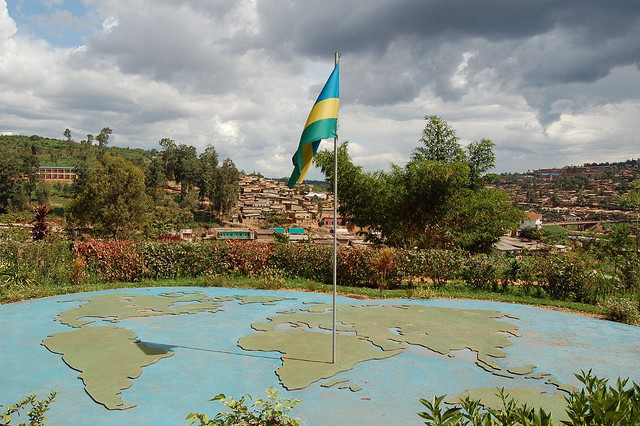 Indeed, the g-word has been bandied around recently in the context of CAR, by France, the US and the UN, as an imminent risk, with little or no discussion of the defining characteristic of intent.

But for Peace and Security expert Ademola Abass, such tinkering with burdens of proof is both unnecessary and dangerous because the Convention authorizes intervention based on suspicion of genocide and ensures that there are genuine reasons for the violation of sovereignty.

Abass, head of the Peace and Security Programme at the United Nations University on Comparative Regional Integration Studies (UNU-CRIS), pointed out that “not every killing in a war front automatically qualifies as mass atrocities in international law.” There is a risk if the goal posts of the Genocide Convention were widened that actors could respond to public pressure and “simply jump on the bandwagon without doing their homework,” he said.

Beyond the need for political will, a lack of resources and a culture of acceptance of atrocities also impede swift action to stop these crimes, Abass argued.

“In Africa today, it is almost correct to say when there are mass riots, we tend to not lose sleep,” he said. He cites Nigeria’s ongoing fight against the militant group Boko Haram.

“We have mass atrocities going on both sides,” he noted. “We don’t necessarily have any shock or moral outrage about it.”

For Abass, long-term approaches are crucial to preventing mass atrocities. “Let every country build very strong democratic systems, then you will not need these international systems as much,” he said. “When we do that, there will be less propensity for conflict and less need for the United Nations to intervene.”

“The policy conclusions that I come to are much more long-term, and are much more about changing the whole pattern of development so the conditions which give rise, not definitely to conflict or genocide, but increase the likelihood [of mass violence] are reduced,” she said.

With the Millennium Development Goals set to expire in 2015, “we’re at a moment in the international system which is really quite fruitful to that kind of debate,” observed Lupel. “Issues of violent conflict have not been part of the equation in the past. Part of the debate about the post-2015 [agenda] is about how to incorporate these issues into the development policy.”

“It shouldn’t be only a focus on the immediate factors that trigger genocide, war crimes, crimes against humanity, ethnic cleansing - the mass atrocities - but it should be about deep structural and material conditions,” Verdeja added. “Otherwise we would end up basically trying to put out fires once the fire has already started.”