The World Bank in its 2014 World Development Report (WDR) launched on 6 October 2013 places risk management and resilience building at the core of its development approach.

"The process of confronting risks, preparing for them, and coping with their effects", WDR notes, offers an indispensable opportunity for growth, prosperity and development.

"The [WDR] report's focus on 'risk as opportunity' is symptomatic of sea change in the last two or three years, where risk-management investments have switched from being cast as some kind of additional burden one begrudges, to being integral to durable development and economic growth," says Tom Mitchell, head of the Climate and Environment Programme at the Overseas Development Institute (ODI), in an opinion piece.

"When food, fuel and financial crises combined in 2008 to cause sharp declines in economic growth within many developed economies, a tsunami of interest was unleashed in 'managing risk' through strengthening resilience, social-protection, shock facilities, food and nutrition security and early-warning systems, among others."

Indeed, WDR is explicit that "the risk of inaction may well be the worst option of all," and proposes that, "the solution is not to reject change in order to avoid risk but to prepare for the opportunities and risks that change entails."

In agriculture, farmers in developed countries use far more inputs such as fertilizer than those in developing countries, and consequently are more productive. The report argues that the difference in the use of such inputs can predominantly be explained by differing levels of aversion to risk. Many farmers in developing countries are not assured of a ready market or stable financing, and risk crop failure, and are therefore less likely to invest in production-enhancing inputs.

The benefits of disaster preparedness and mitigation are well documented: Mineral supplements aimed at tackling malnutrition could yield at least 15 times greater benefits than the cost of treatment, according to WDR, while each dollar spent preventing states from failing can result in a saving of US$4 by the international community, according to a 2004 study.

However, from 1980 to 2009, just $3.3 billion was spent on disaster preparedness, with losses from disasters amounting to $3.5 trillion between 1980 and 2011, according to the World Bank. Most of the disasters occurred in low and middle-income countries.

Still, as ODI's Mitchell cautions, it is not entirely clear how at a policy level, the barriers to creating durable incentives for implementing risk management will be overcome.

For individuals, the primary barriers to risk management are a lack of resources, information and knowledge, as well as biases in behaviour and factors outside of their control.

Social obstacles such as missing goods and services and no access to formal economic institutions, externalities (the actions of some actors increase risks for others), social norms and collective risks (such as financial crises) all contribute to a failure to manage risk. In turn, collective action is hampered by a lack of public resources and competing needs and coordination failures.

"Even when resources are available, politicians may be reluctant to devote them to risk management because the costs of risk management are immediate, concentrated, and observable, while the benefits are longer term, distributed more broadly, and often less visible," added the report.

Those interested in avoiding risk management are able to mobilize easily, while those who stand to gain from the future benefits of the policy are at times unaware of the consequences until too late. A lack of established indicators for risk management also makes it harder for policy to get pushed through.

Situations of deep uncertainty - where there are unclear and multiple policy responses - leading to disagreement over the correct course of action, can also lead to inaction. "Under deep uncertainty, policies need to be robust in a large range of possible scenarios, and able to be revised as future circumstances warrant," notes WDR.

The World Bank proposes a holistic approach to managing risk, including shared action from individual to government and institutional stakeholders.

"For instance, for earthquakes, bolting down appliances and securing shelves costs several hundred dollars in order to save several thousand dollars in damage averted. That presumes that the entire building will stand up in an earthquake because it has been engineered with seismic safety measures," writes Ilan Kelman, a senior research fellow at the Center for International Climate and Environmental Research (CICERO) in Norway. 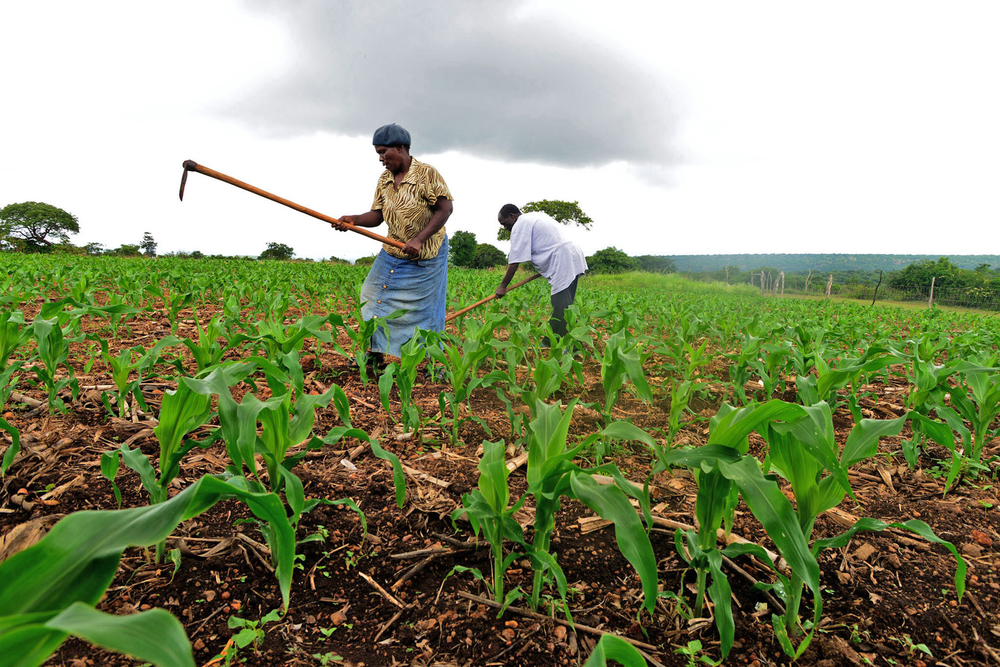 "Families do not address risks in silos - they make an integrated set of decisions on how and how much to invest in dwellings, health care, education, migration, jobs, and so on and so forth. And families need connections to markets and communities to best handle the risks (and opportunities) they face," wrote Norman Loayza, director of the 2014 WDR.

Thus communities become vital risk management mechanisms for individuals using communication tools to connect them in early warning and response to disasters. Communities can also serve as agents of insurance, protection and support to those in crisis.

The informal sector is also a crucial lifeline for the poor, who often do not have access to formal institutions such as banks. But it needs strengthening, according to Rohini Pande, a professor of public policy at Harvard University, to ensure accountability, as rural moneylenders can become exploitative, increasing risk for the poorest.

Shared action also requires coordination, yet during crisis preparation multiple agencies often are unable to quickly and efficiently work together. The creation of national risk boards could help to overcome coordination challenges.

"By mandating such a single oversight body with the assessment of risks, governments can coordinate policy measures across ministries and prioritize action," says Jun Erik Rentschler, a research analyst for the WDR 2014, in a blog.

A bigger role for the international community

According to WDR, there has been limited progress by the international community in managing global risks - thus the need for capacity-building, better coordination and the mobilization of additional funds for preparation, mitigation, coping and recovery.

WDR notes that international community assistance is imperative for reducing risk in severe humanitarian and economic crises, and in crises that cross state lines (such as climate change and HIV/AIDS). For low- and middle-income countries, it adds, damage caused by a disaster can cost up to 127 percent of GDP, and for Small Island States, this figure can rise to 365 percent.

With the current Hyogo Framework for Action set to expire in 2015, the UN Office for Disaster Risk Reduction is currently having global talks about the future of international agreements on resilience and disaster risk reduction. The hope is that the new plan will scale-up support for resilience and risk management programmes, and have greater input from community and local groups.

Between 1980 and 2009, only 3.6 percent of the total allocation for disaster-related assistance was for preparedness, according to the 2012 Sendai Report.

"This collective inaction poses significant challenges to the goals the international community aims to safeguard, from eliminating poverty to restoring peace, building resilience and prosperity, and achieving a more equitable distribution of income around the world," WDR warned.

"In the Chinese word for crisis, wei ji, the first character means danger from risk, and the second connotes opportunity. Our hope is that the crises the world has experienced in the recent past can lead the way to reforms that bring about new opportunities," wrote Loayza, the 2014 WDR director.