Joining a rebellion is not a typical career move. Yet up to 26,000 people in Indonesia spent years working for a separatist rebellion that lasted nearly 30 years in northern Sumatra. Children followed their parents into battlefields and war rooms. Sons went abroad for training. Upon leaving the force, a number received payment.

But any similarities with gainful employment end there.

In May 2003 Indonesia’s President Megawati Sukarnoputri declared martial law in Aceh to flush out the fighters, leading to a period of “extrajudicial executions, forced disappearances, beatings, arbitrary arrests and detentions, and drastic limits on freedom of movement”, according to Human Rights Watch.

An estimated 15,000 lives (from both sides) were lost during the war, which caused nearly US$10 billion in damage - roughly twice that of the 2004 tsunami.

Shortly after the tsunami hit the archipelago (the epicentre of the earthquake causing the tsunami was just west of the conflict zone, which bore the heaviest death and damage toll from the tsunami in the region), the Free Aceh Movement (GAM) declared a ceasefire.

IRIN met four former rebels to learn where they are eight years after GAM signed a memorandum of understanding (MOU) with the government that granted Aceh (now “Special Region of Aceh”) control over most areas of governance, excluding defence, foreign affairs and justice, among others.

The region is entitled to 70 percent of revenues from natural resources (land and sea). The peace deal pledged new local elections and identity cards. It was hailed as a success internationally, and eight years later, delegations are still coming from Sudan, Philippines, Thailand and Sri Lanka to learn how to broker peace after protracted fighting.

In addition, the government paid another near $1,000 to 10,000 fighters who surrendered before the MOU signing. Research conducted for the European Union (EU)-led Aceh Monitoring Mission [ http://www.aceh-mm.org/ ] that followed the implementation of the peace pact calculated a total of 14,000 front-line fighters in 17 districts under GAM control, and another 12,000 people who played supporting roles in fighting. 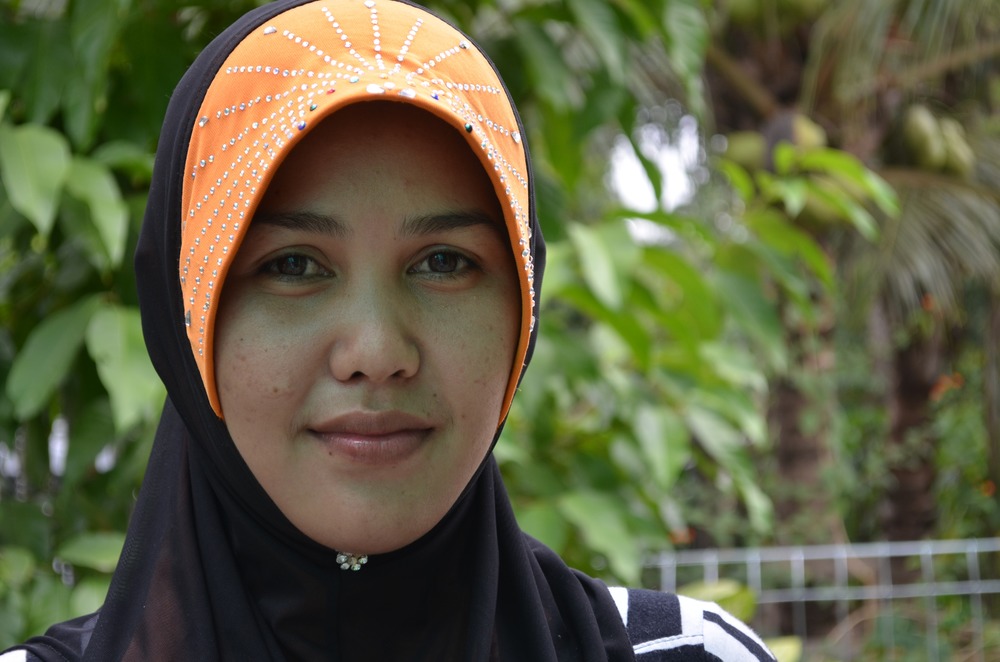 Where she is now: A married stay-at-home mother of three, occasional small business shopkeeper and tutor for a programme to help other former rebels pass secondary-school certification exams.

Where she was then: Shortly before her father, a rebel commander, was killed in a government crackdown that started in May 2003, he sent her to the University of Medan in north Sumatra where she studied political science, while gathering sensitive information from military and police officers who did not suspect her GAM ties.

“I married in 2004. My husband [not affiliated with GAM] had no idea. There were lots of women in my [mountain village of Tangse] who joined the rebellion. Some fought, but most of us carried out intelligence work. I had weapons training from my father’s friends, but I never fought…

“Was it worth it? We did not get 100 percent of what my father was fighting to get. I would say we got about 30 percent. Even though we don’t have independence, our lives have improved. It is good enough. His death was not in vain.”

Irwansyah, a former commander of Free Aceh Movement, with his family in Banda Aceh 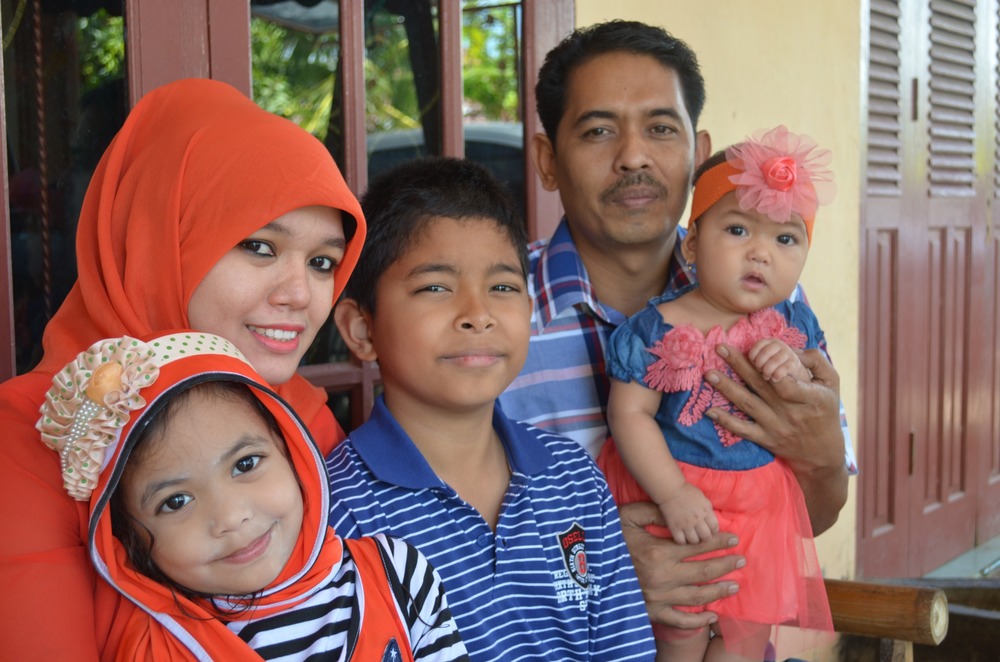 Where he was then: Joined GAM at the age of 10, rising through the ranks to become a central commander and, after the 2005 ceasefire, a rebel representative in the 2005-06 EU-led monitoring mission.

Where he is now: Founder of a breakaway political party in Aceh (National Aceh party) and law student.

“The 2005 peace deal has worked militarily. We all disarmed and the military pulled out of Aceh - but still there is no justice. The 70/30 split in revenues does not identify what types of revenue qualify. There is not yet truth and reconciliation, or any accountability for human rights abuses…

“When other governments ask me why we were willing to disarm, I tell them that we trusted our political leaders, and that it’s important to involve people from civil society in the peace deal discussions rather than just rebels and the government…

“We did not achieve independence, but that does not only mean statehood, but also freedom of press and speech as well as justice. That is also independence. And we are still fighting for it, just through different means. I am not tempted to take up arms again. With democracy, we don’t need to. But if we don’t get things right, it is imaginable that our children will need to take up arms again.”

Where he was then: Dropping out of his final year of secondary school, he joined GAM at age 17 because he “admired the fighters”.

Where he is now: A farmer living in the Acehnese village of Jijiem, which was GAM’s headquarters. He earns $100-$200 monthly from selling rice and nuts in his village, where he lives with his parents and five siblings.

“Roads have not improved, but our livelihoods have, because farmers can go to paddies without fear of fighting. But there still is not much development here even though it is the heart of GAM’s [former] command centre.

“I fought for independence and though things did not turn out as I had hoped, I am not sure where to turn to demand change. The commanders don’t care. I am upset, but I am just a low-ranking fighter, so I accept. Life would be better if we won independence. It would be easier to get work, and revenue earned here would be for the Acehnese.

“I never received any money as part of the peace deal or any job training. Maybe my commander kept my money. I tried to get it from him, but he does not care. That’s just how things are. I can’t demand what I wasn’t given.” 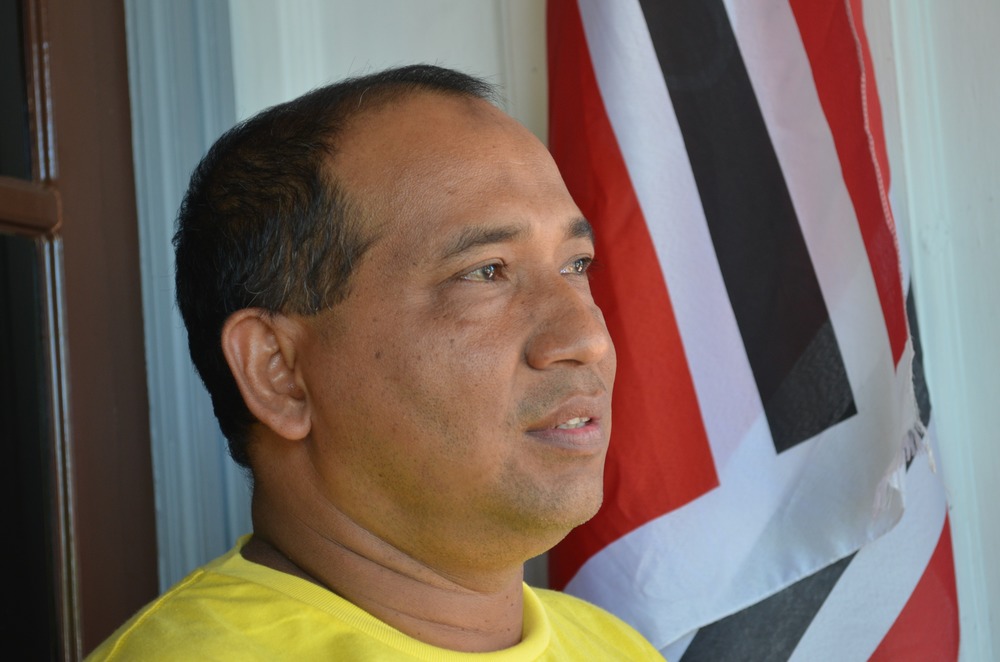 Where he was then: A second-generation rebel, he was sent to Libya in 1988 for weapons training for 15 months where he stayed on as a personal guard to then President Muammar Gaddafi before returning to Aceh to recruit and train fighters. He moved up to deputy commander when the top field leader, Abdullah Syafi'ie, was killed in 2002.

Where he is now: Following the peace deal signing, he farmed cocoa and palm sugar for two years, before joining politics as deputy chief of Aceh Party, comprised mostly of former rebels. He still manages his farm and has a business distributing sugar and fertilizer in Aceh, for which he earns from $90 up to $9,000 monthly.

“When the government declared martial law [in 2003] the army hunted for me, even tracking down my wife to her classroom where she taught. I went into hiding in the jungle and sent my family [wife and three children] to the city for safety. When the tsunami hit [in 2004] all my family was killed…

“It is hard to believe any fighters did not receive money. Some people claimed to be former GAM on the day after the agreement was signed. We call them ‘GAM 16’ [agreement signed on 15 August]…

“Criticism is free for all parties and government. This is what a democracy is. It is not true we ignore former fighters. The military structure exists even though we are not at war. They still follow us.”