Heroin from Afghanistan, the world’s largest producer, is sent across the border to Tajikistan and then on to Russia, the world’s largest consumer. Methamphetamines are sent from Benin via Egypt to Japan. Containers of Andean cocaine are shipped from Brazil to West Africa, where Nigerian smugglers then re-export the drugs to Western Europe. Migrants from Ethiopia and Somalia are smuggled to Yemen and Saudi Arabia.

Organized crime groups, often working with the compliance of governments, present a growing threat to citizens in fragile states. While casualties from armed conflict are reaching a historical low of approximately 50,000 a year according to research in 2012, little has been done to effectively combat the threat of organized crime groups around the world.

As the UN looks past the Millennium Development Goals’ (MDGs) 2015 deadline, many are calling for the inclusion of security and justice targets in the post-2015 agenda and a reframing of the current transnational crime discourse. Human rights organizations argue that “freedom from fear” and the tackling of organized crime are not just a personal security issue, but a development problem as well.

What is freedom from fear?

Freedom from fear requires “a state that has monopoly of legitimate violence,” Stephen Ellis, senior researcher at the African Studies Centre, University of Leiden, told IRIN. “It’s a modern, liberal concept of what a good state really is.”

The 1994 Human Development Report broadly defined human security as “freedom from fear and freedom from want.” Although the phrase has roots going back to the Universal Declaration of Human Rights, this report instigated serious debate about human security and its connections to human development.

In their think piece for the UN system task team on the post-2015 UN development agenda last year, the Office of the High Commissioner on Human Rights (OHCHR) argued that “a new development paradigm is called for, directed to securing freedom from fear and want for all, without discrimination”.

“Posing questions about what constitutes fear for whom and in what contexts is likely to sharpen our analytical understanding of the conflicts of interest that generate fear in the first place” Adam Edwards, director of the Cardiff University Center for Crime, Law and Justice, told IRIN. This can help to then draft policies to combat these fears.

But not everyone believes that the terminology is suited to meaningful action. “In the abstract, it’s impossible not to have fear,” Desmond Arias, associate professor at George Mason University, told IRIN. “Even in a relatively safe society, you have fear. It’s good to have a modest amount of fear.”

“I’m not sure that it’s a useful concept,” Vanda Felbab-Brown, senior fellow at the Brookings Institution, told IRIN. “Freedom from fear is completely unrealistic, but also very absolutist.” Therefore, it is impossible to actually achieve. “The phrasing I would like to see is enhancing human security and strengthening the bond between citizens and governments,” she said.

Organized crime plays a massive role in any debate about human security or freedom from fear. But James Cockayne, head of the United Nations University office in New York, also argues, “It’s important to not lose sight of the freedom from want side.” He told IRIN, “Unpacking the relationship between organized crime, violence and development - the want part, is quite complex.”

“Many criminal groups will provide services to the community,” said Cockayne, meaning that understanding freedom from want and the link between crime and development is crucial. Spending part of their funds from criminal activities to support development is a method crime groups use to gain acceptance in their towns and villages, according to Emmanuel Kwesi Aning, director of the Faculty of Academic Affairs and Research at the Kofi Annan International Peacekeeping Training Centre. In many parts of West Africa, “they perceive them not as criminals but as developmentalists,” he told IRIN. “It’s not just an issue of crime. It’s not just an issue of human security. It’s an issue of development.”

Not everyone agrees, however, that drug dealers and criminal groups are funnelling the money back into the community. “A significant amount of drug money is going into the political campaign funds of politicians,” said Ellis. “I can’t see any evidence that it’s going into schools and roads.”

Some of this confusion, as well the belief that transnational organized crime is growing, arises from the fact that in recent years, “certain types of behaviours which were previously called by other names are now being called transnational organized crime,” said Ellis. “A lot of the behaviour sometimes involving huge amounts of fraud used to be called things like patrimonialism, bribery, corruption.”

West Africa was used as a transit point for heroin to the US as early as 1952, according to research by Ellis, and smugglers have been ferrying counterfeit and illicit goods in the region for a very long time. “Twenty years ago, they didn’t smuggle cocaine,” Ellis said, and they were seen as less dangerous to international peace and stability, partly because the connection to extremist Islamic groups and global terrorism did not exist then.

Beyond a purely semantic shift, there are serious dangers in mislabelling acts of transnational organized crime and in broadening the definition to include everything from terrorism and illicit substance smuggling to corruption. Doing so characterizes a wide set of actors as criminals, pushing them to the outskirts of society.

Organized crime “is a problematic label. It carries a lot of baggage and leads us to a law enforcement response, which is necessary but not sufficient,” said Cockayne. He believes it erodes the willingness of the international community and other actors to engage with these groups, many of whom are also providing goods and services to the community.

Militarized approaches, such as in Latin America’s “war on drugs”, have failed to end the problem, experts argue. “While you stop the particular criminals, you don’t stop the crimes,” said Arias, the George Mason professor. The systemic, deep-rooted issues that create conditions conducive to crime go unaddressed.

One estimate puts the annual cost of the war on drugs at over US$100 billion. During the six-year tenure of Mexican president Felipe Calderon, approximately 60,000 people were killed as a result of the drug war, not including the thousands who went missing.

Crime groups can be characterized as simultaneously deeply local and extremely global. On one hand, large drug cartels and criminal groups work across continents very effectively, moving illicit goods around the world. But in many respects, this same trade is also highly local.

“What you have is not a single organized enterprise that is doing it, but a series of interlinked networks that are operating across multiple countries,” said Arias. 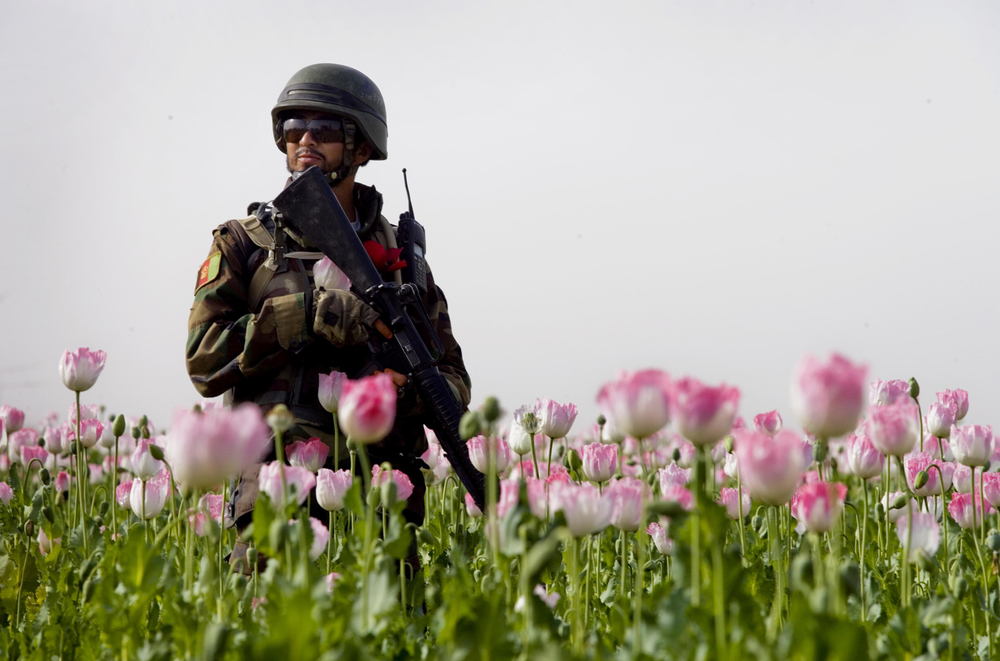 “You need to have permanent police forces that are focused on the well-being of the community,” said Felbab-Brown. Simple grassroots measures such as street policing, she argues, are vital stepping-stones towards reducing the power of crime networks and controlling violence.

In the long term, creating strong institutions and getting citizens to play an active role within the state is crucial. “You try to move the country toward realizing that they need more people involved in government and decision-making,” said Davin O’Regan, research associate at the Africa Center for Strategic Studies, who considers democratic reforms fundamental to tackling organized crime. “We need to focus on legitimacy.”

But building these institutions can be very complicated in countries with high levels of organized crime. “There is a lot of enmeshing between criminality and political networks,” said Felbab-Brown.

There is a collaborative role for civil society to play, helping governments build effective policy. “Really strong state-society collaborations have helped you get better policing,” said Arias. It gets communities involved, making them stakeholders. “You need to have human security in a way that binds citizens with the state,” Felbab-Brown said.

However, simply improving citizen welfare is not the answer to tackling organized crime. The history of organized crime shows that, in many instances, groups marginalized by society and afforded less access to opportunity are more likely to form criminal gangs. In the US “in the twenties, it came out of, one, prohibition and, two, mass immigra[tion],” said Arias. “You have this large population that doesn’t necessarily speak English well and is marginalized for religious reasons.”

Therefore, tackling organized crime and violence may be less about raising overall socio-economic standards than it is about ensuring that all segments of society feel equally included. “Poverty alone isn’t an explanation for these activities,” said Arias.

“While the interconnections between security, justice and development are accepted in principle at the highest levels, there are considerable disagreements about how they might be practically inserted into the process,” Robert Muggah, research director and programme coordinator for violence reduction at the Igarapé Institute, wrote in a background paper prepared for an expert meeting to review the Accountability Framework for Conflict, Violence and Disaster for the Post-2015 Development Agenda in June.

A post-2015 development agenda has the virtue of being able to set specific targets - in particular to reduce violence, which will likely also reduce the rate of crime and people’s perceptions of fear. “Measurable targets might include “halving violent deaths” or “improving perceptions of safety for all”, wrote Muggah in a paper prepared for the UN Office for Drugs and Crime. But, he said, the exact provisions of the targets would be less important than ensuring that they are specific, ambitious and defensible.

Although linking development and crime is crucial, the international community needs to be very careful about how these programmes are implemented. Paradoxically, providing aid and resources can entrench crime networks. “Simply putting in money is then a rent - a resource for politicians, gangs, to access,” said Felbab-Brown. “We need to be thinking about socio-economic development from the perspective of criminality.”

But the focus should not just be on developing countries, where the illicit goods are being created, and transferred across. “The fact that there is law-breaking on a global scale, and that this is possible through the global financial system, is a major problem,” said Ellis. Political elites, drug cartels and leaders of crime groups “can launder money through international banks very easily.” So in addition to strengthening fragile states, there is a need to stop the profits of illicit trade from being banked worldwide.

Muggah considers security and justice to be standalone principles worth preserving. “They are rights, enshrined in international norms and rules, to which all citizens are entitled,” he said. “While there are legitimate political sensitivities associated with the two themes, there is growing acceptance that security and justice warrant a prominent place in the post-2015 development agenda.