Laws and interventions aimed at reducing human trafficking by targeting commercial sex workers can, whatever their good intentions, actually endanger their health and result in human rights violations, experts say.

According to the UN Office on Drugs and Crime (UNODC), 58 percent of human trafficking cases are for sexual exploitation, a number that activists worry has led the public and policy-makers to conflate trafficking with sex work, to the detriment of effective responses.

Part of the problem, say activists, is that anti-trafficking programmes often take the form of “raid and rescue” missions - in which brothels or other locations identified by the authorities as potentially housing trafficking victims are forcefully entered.

These operations can invade privacy and reduce public health outreach efficacy by scattering networks of sex workers who, in some cases, had implemented successful sex worker-led health programming, according to UN Development Programme (UNDP) research from 2012 on sex work in Asia and the Pacific.

Regardless of the objective of the operations, “rescue raids of sex establishments have exacerbated violence against sex workers and compromised their safety,” say the World Health Organization (WHO) and the Global Coalition on Women and AIDS.

This can compound the criminalization of sex work which, according to UNDP’s analysis, “legitimizes violence and discrimination against sex workers (particularly from law enforcement authorities and health care providers).”

For some UN officials, the problem is not the efforts to end human trafficking per se, but the fact that anti-trafficking work is complicated and sometimes implemented imprecisely.

“Any covert [anti-trafficking] police operation results in intrusion into the private lives of both those who are targeted by the activity, and others who are not,” Martin Reeve, UNODC’s regional adviser on human trafficking for Southeast Asia and the Pacific, told IRIN.

“This collateral intrusion needs to be properly managed and risk assessed. Ideally all such activity will be intelligence-led, and not simply a speculative exercise.”

Otherwise, say activists, the rights of sex workers will continue to be violated, and sometimes violently.

Part of the protection work needed, they say, is changing the approach of anti-trafficking itself.

“The problem with the raid and rescue industry is that it uses some of the most oppressive arms of the state to target sex workers - the police,” Meena Saraswathi, director of SANGRAM, a grassroots HIV organization in India, told IRIN.

“Whether sex workers have been trafficked or not, their understanding of what the police do is very different than that of other people because they are so often targeted as sex workers, migrants, transgender people, or for other reasons.

“This impacts how they perceive any attempt by the police to help them,” she said.

It is not only during anti-trafficking raids that sex workers have come to fear the police.

According to research compiled by WHO and the Global Coalition on Women and AIDS, nearly half of the street-based sex workers in Bangladesh reported being raped by “men in uniform” while 70 percent of sex workers surveyed in India reported being beaten by the police.

A 2003 study in Indonesia revealed sex workers rounded up during anti-trafficking raids have faced police abuse, including beatings and sexual abuse. A 2007 anti-trafficking law in Cambodia led to raids of sex work establishments in Cambodia’s capital Phnom Penh, some of which involved police violence against sex workers, according to activists.

According to Reeve of UNODC, the issue is lack of proper training and monitoring of law enforcement involved in anti-trafficking work.

“The way in which [anti-trafficking] is being done in some places can be problematic. Some anti-human trafficking initiatives can be overzealous or misinformed.

There are an estimated 140,000 commercial sex workers in Thailand 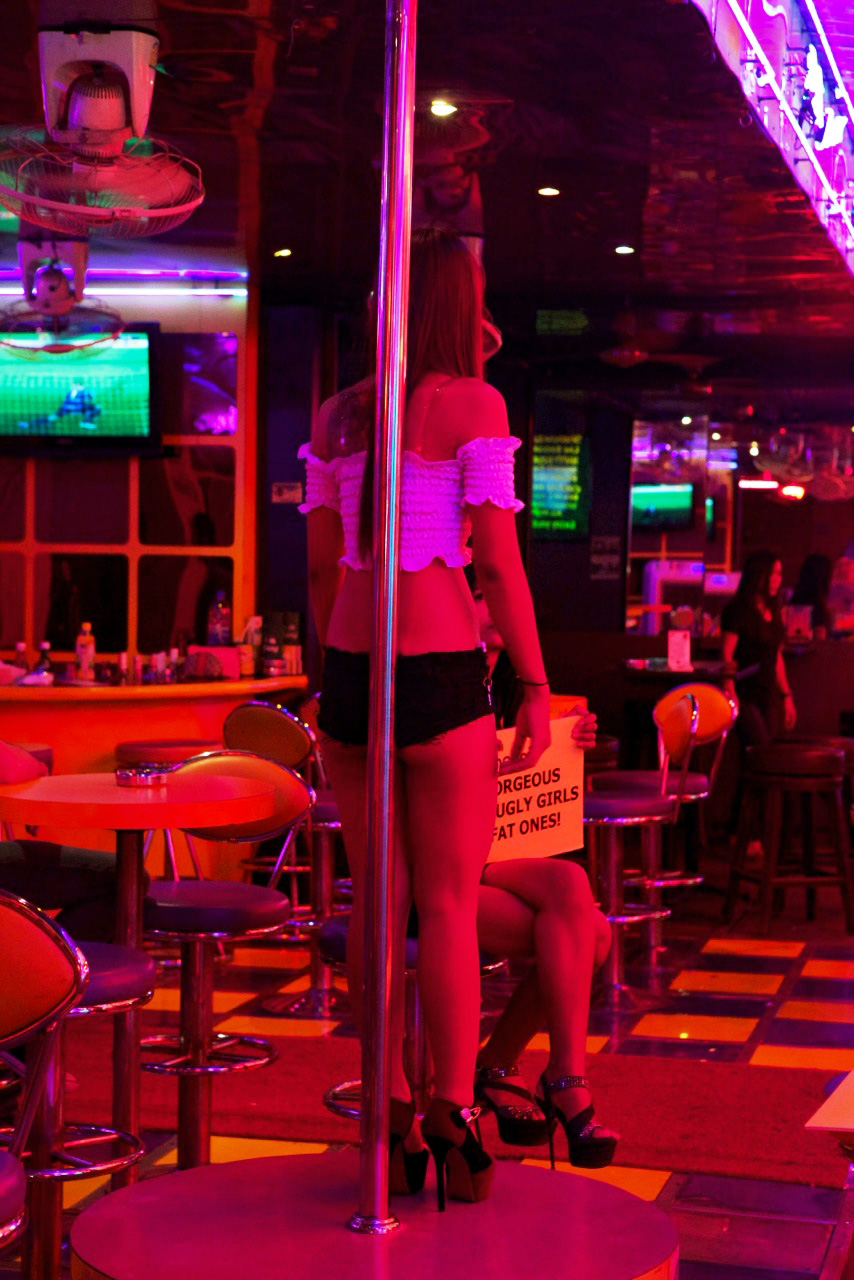 “The law enforcement authorities involved might not have had adequate training and systems to ensure accountability... may not be sufficiently strong,” he said.

From raids to rhetoric

“The discussion on anti-sex work has hijacked the crucial conversation on how to combat trafficking. It leaves us with few good solutions to trafficking,” Saraswathi told IRIN, asserting that policies such as one recently repealed in the US that required all organizations receiving US government funding for HIV to "pledge allegiance to the government’s policy of eradicating prostitution", have muddied understanding of sex work.

UNDP’s 2012 analysis of sex work in the region noted: “The language of some international and regional instruments have either implied a strong link between trafficking and sex work or conflated these concepts”.

“It's about seeing through the marketing of anti-prostitution agendas as anti-trafficking strategy,” Julie Ham, an associate of the Bangkok-based Global Alliance Against Traffic in Women (GAATW), told IRIN.

“During negotiations of the UN Trafficking Protocol [to Prevent, Suppress and Punish Trafficking in Persons, especially Women and Children], states rejected including prostitution as a form of trafficking. Equating sex work with exploitation ignores that… and stalls anti-trafficking efforts.”

An example of this “marketing”, activists say, are “end-demand” programmes worldwide designed to punish people who pay for sex work, which have been criticized as an ineffective way to fight trafficking that has also harmed sex workers’ rights.

“`End demand’ initiatives are often either the product of punitive laws criminalizing sex work, or the approach used by those wishing to see punitive laws introduced. These laws do not reduce the scale of sex work, but they do make sex workers more vulnerable,” according to the Joint UN Programme on HIV/AIDS (UNAIDS).

“The promotion of `end demand for prostitution' approaches as a strategy to counter trafficking is a clear example of this. When you break it down, it isn't about stopping trafficking so much as stopping sex work and packaging that idea in a more socially acceptable guise,” said Ham.

One solution, observers say, is to ensure commercial sex work and trafficking are both understood more precisely - and independently of each other.

“While the trafficking pros and even the health officials are distracted by moral discussions about sex work, we are trying to re-frame the issue as one of labour, and labour rights,” said Liz Hilton of the Empower Foundation, a sex worker advocacy group in Thailand that recently published a report arguing “there are more women in the Thai sex industry who are being abused by anti-trafficking practices than there are women being exploited by traffickers.”

According to GAATW’s Ham, there is plenty more action needed to protect sex workers as employees - outside the matrix of human trafficking. “Given the stigma and hatred still directed against sex workers, anti-discrimination protections would be particularly important for sex workers,” said Ham.

The first step, experts agree, is to involve sex workers as partners in conversations about anti- trafficking policy and programmes.

“Sex worker rights groups should be involved in the genuine anti-trafficking work because, at the end of the day, they know their industry and their spaces and they’re better at it,” SANGRAM’s Saraswathi said.

“Ultimately, when dealing with trafficking for sexual exploitation, police agencies increase their chances of success when they form strong relationships and build trust with a range of stakeholders - including with sex workers and NGOs,” Reeve of UNODC agreed.

According to the US State Department’s 2013 Trafficking in Persons report, there are as many as 27 million men, women and children trafficking victims at any given time.

However, governments identified only 40,000 people who came into contact with the authorities as trafficking victims in 2012.