What happens when you bring together an Oxfam executive, a whistleblower, an investigator, and representatives from NGO and donor organisations to discuss what’s next in the aid sector’s #MeToo moment? A conversation that, as moderator and executive director of IRIN Heba Aly described it, explored the many “layers of gray” that are often overlooked when discussing how to curb sexual abuse and misconduct within the humanitarian sector.

In a 22 March panel presented by IRIN and the Graduate Institute in Geneva, “The Humanitarian #MeToo Moment: Where Do We Go From Here?”, participants offered thoughts on topics ranging from the toll taken on credibility and funding; donor expectations and responsibility; obstacles to organisational change; and creating ‘safe spaces’ for whistleblowers.

The humanitarian MeToo moment- where do we go from here? 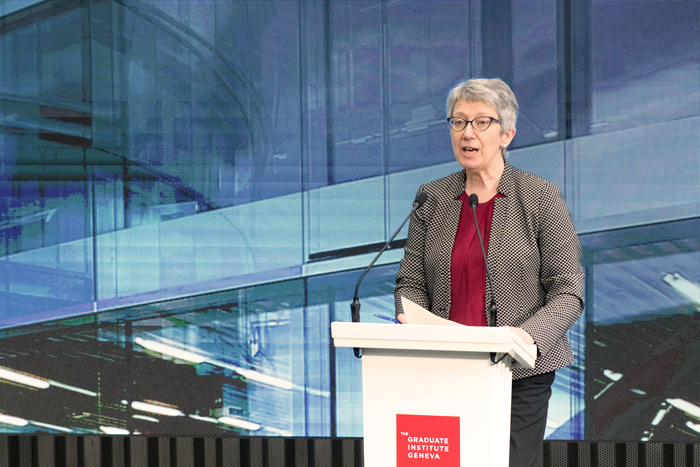 None of these issues are new, as Elisabeth Prügl, of the Graduate Institute, reminded the audience  in her opening remarks. “Only 50 years ago, we did not even have a word for what we call today sexual harassment,” she noted. “In the humanitarian sector sexual exploitation and abuse became a topic in the 1990s. As did sexual violence in conflict – I recall here the Yugoslav wars, not only with their genocidal application of sexual violence but also revelations of peacekeepers entangled in sex trafficking, exploitation, and abuse, often of minors.

“Now the issue seems to have come home. Sexual exploitation and abuse, if I can use that terminology, happens not only in the field – that ‘other place’ where all kinds of bad things are possible – but it is happening in the very organisations that want to provide assistance to those places.”

The excerpts below offer a glimpse of the conversation that followed. To hear the discussion, view the video. 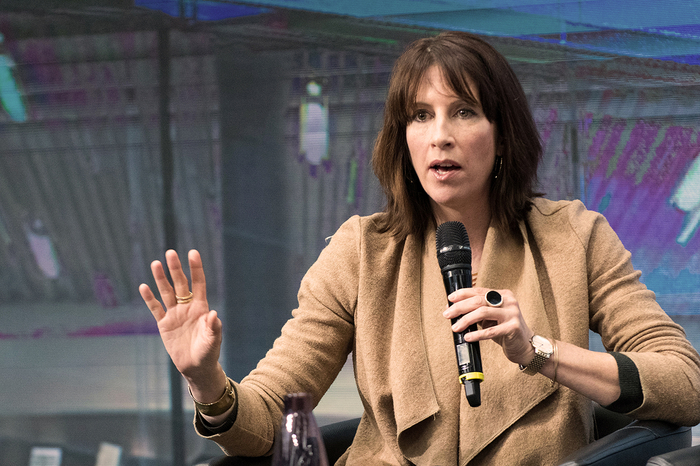 What I've learned, and I think a lot of us have learned, from this whole #MeToo phenomenon is that that hashtag is a reality. When there's a complaint about one guy that the women in the hallways are starting to talk about, you will sometimes find women saying ‘Are you kidding me? That same guy did that same thing to me.’ MeToo. I find this an extraordinary moment that we don't want to lose the momentum around, because there have been people working on this issue diligently in the shadows. 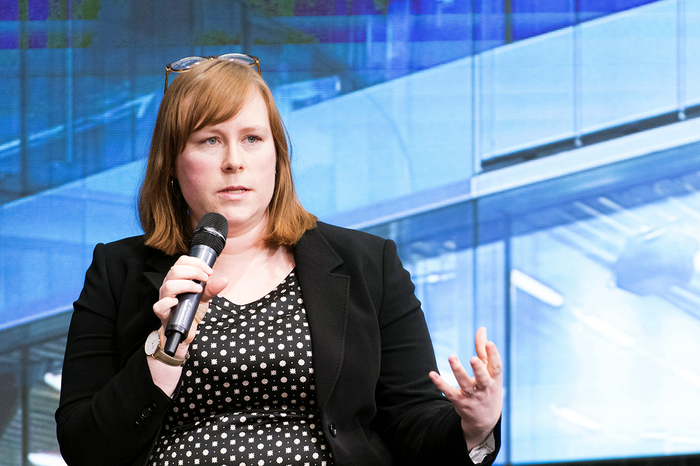 She recently left Oxfam, where she had been Head of Global Safeguarding, after a decade with the organisation.

On changing the power structure

We have to be realistic: If you want to challenge power, you have to challenge the power structures within your organisations. It's only when you have leaders who are willing to say, ‘I know, and I've worked with this person for a really long time. I'm disgusted to learn about this behaviour, therefore I am terminating your contract.’ That is the kind of accountability that you need to see, but I think we don't tend to challenge the really structural things and problematic issues about how we work as much as we should. 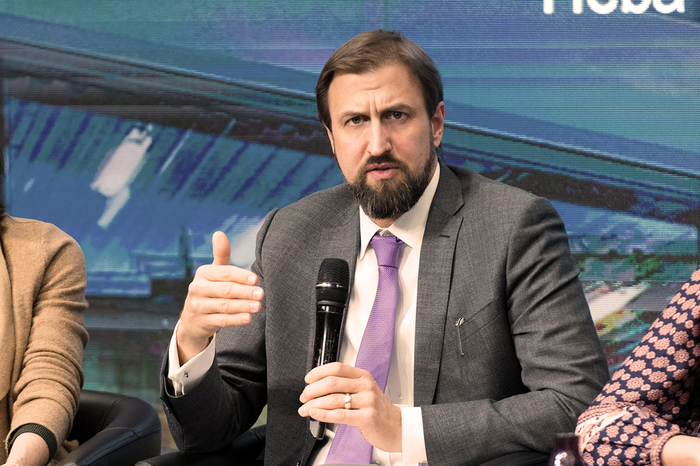 On donor responses and expectations

“With my former donor hat on, what I would want to be doing right now, first off, is to view this as a shared priority, not something that just sits on the NGOs – in the same way that donors approach fraud prevention. …

You lay out some fairly detailed best practice principles that you expect your partners to adhere to. You don't say you will institute this system, but you do say your systems have to meet this standard. … I think the idea of requiring that every partner disclose on an annual basis how many people have been terminated for this would be useful in a couple senses: it would get out into the open that this is actually a widespread problem. Part of the reason it is traditionally so challenging to report is a sense that someone is really sticking their head above the parapet if they talk about this, because it is such an in the shadows issue. More transparency about how frequently this occurs would help to pull it out of the shadows. 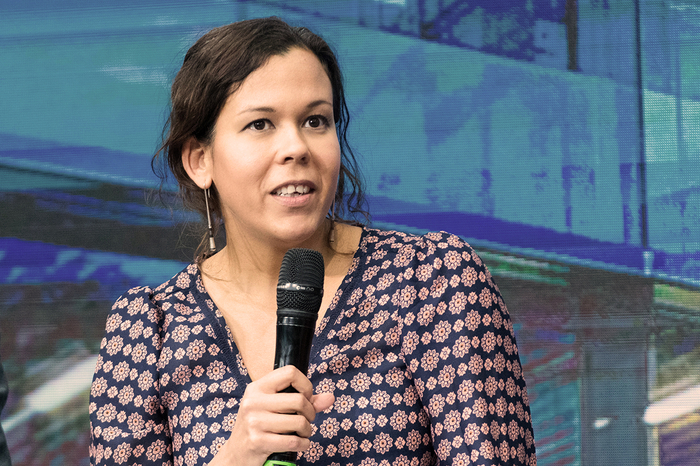 A formal complaint she filed led to the removal of Roland van Hauwermeiren from an NGO post years before he reappeared at the centre of the recent Oxfam, Haiti, scandal.

On change from the local level

“I'm really happy that this #MeToo #AidToo #TimesUp movement comes at the same time as we're in the middle of a humanitarian reform process and localisation agendas. … There's a real opportunity now to look at how we within the humanitarian system contribute to improving gender equality and the societies we work in, and that we don't transfer automatically these power structures that are so inherent in our system onto local and new actors. …

We've all been thinking quite short term now in terms of how organisations have responded to the last weeks’ happenings. I think it's time to start thinking long-term now and aiming for real transformative change and to engage and invest in local actors and women's organisations – truly build that partnership to change things. 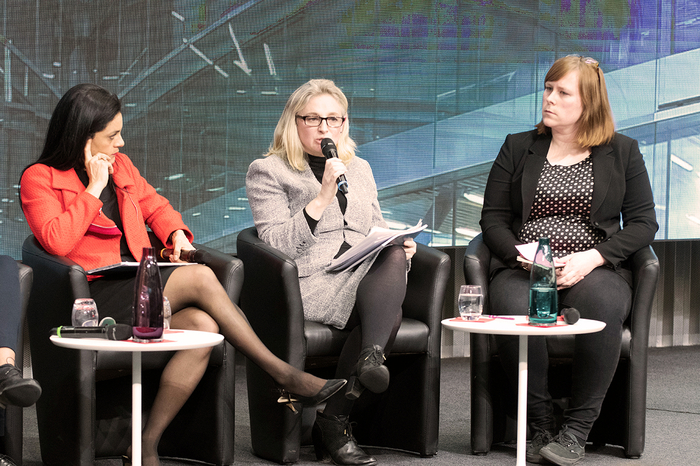 On the impact on Oxfam and beyond

“It would be absolutely impossible to overestimate the impact that this has had both on Oxfam and all of the staff within Oxfam as well. We were hurt, angry, betrayed, and incredibly sorry that we had let down the people that we were sent to serve in Haiti.  It's been sort of a bit of an emotional roller coaster, but I think it's really important to stay focused on the people of Haiti, not about us and how we feel. …

It's one of those times when you think: “This has been really painful, but a very necessary wake-up call to make sure that we get it right.”