From gemstones to jade and hydropower to petroleum, Myanmar is almost embarrassingly rich in natural resources. So how did it end up one of the poorest countries in Asia?

An estimate of the value of the country’s 2014 jade trade calculated by Global Witness provides a clue: $31 billion, almost all of which was siphoned off by elites who benefit from the chaos of conflict between the military and ethnic rebels.

Almost all of Myanmar’s jade comes from Kachin State, where the Kachin Independence Army lost control of the mining area of Hpakant and has been fighting to retake it since a 17-year ceasefire with the government broke down in 2011. The KIA taxes mining companies, individual miners and smugglers, and those revenues are arguably the ethnic armed group's most important source of income. Military companies and individual officers, along with drug lords and well-connected tycoons, are also making a killing from the largely unregulated trade.

Entire mountains have been blasted to dust in the township of Hpakant in order to extract jade and smuggle it over the border into China. Ethnic Kachin people have seen almost no benefit from the revenues, which Global Witness says are equal to about half the country’s entire GDP.

As ethnic minorities see natural resources like jade and timber being extracted from their homelands and sold off, resentment builds along with support for armed groups like the KIA. And those getting rich from the illicit trades have little incentive to support peace moves. Any initiative like the Nationwide Ceasefire Agreement (signed recently by the government and eight ethnic armies) that fails to address how to equitably share out the proceeds of Myanmar's rich natural resources is unlikely to succeed.

Natural resources play an even more direct role in financing ethnic armed groups. The KIA and other armies tax people transporting goods like jade and timber through territory under their control. Smugglers must also pay tax at military checkpoints, so resources help finance both sides of the conflict.

The timber trade is “worth hundreds of millions a year, making it one of the single largest bilateral flows of illegal timber in the world,” according to a September report by the Environmental Investigation Agency. The EIA noted that even timber harvested in central Myanmar must pass through conflict zones on the frontier with China.

“Here, all sides to varying degrees profit from the logging and timber trade, from the award of rights to Chinese businesses to log whole mountains, often paid in gold bars, to levying fees at multiple checkpoints to allow trucks carrying logs to pass,” said the EIA report.

Other resources play a role in Myanmar’s ethnic wars too. Some ethnic armies make money from opium production, as do military officers and government-aligned militias. Gold and gemstones are taxed. Planned hydropower dams have sparked conflict as ethnic armed groups oppose the displacement of their people to make way for construction.

The conflict-driven scramble for natural resources has resulted in environmental catastrophe in parts of Myanmar. Hillsides have been stripped of timber, mountains have been destroyed to extract minerals, and mining has polluted waterways.

Myanmar’s ethnic minorities, who live in the areas where natural resources are concentrated, have borne the brunt of environmental destruction and armed violence. Millions are forced to live in conflict zones. The United Nations refugee agency, UNHCR, says 120,000 people are still in refugee camps in Thailand where they fled during decades of war. Around 100,000 people in Shan and Kachin states are living in displacement camps after fleeing fighting over the past few years.

Meanwhile, the resources trade rolls on. 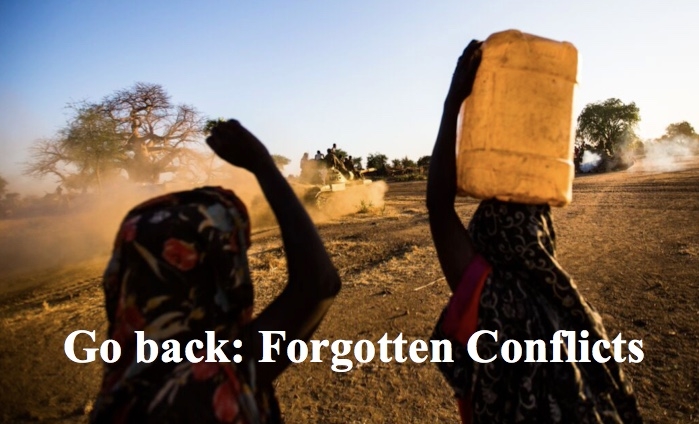 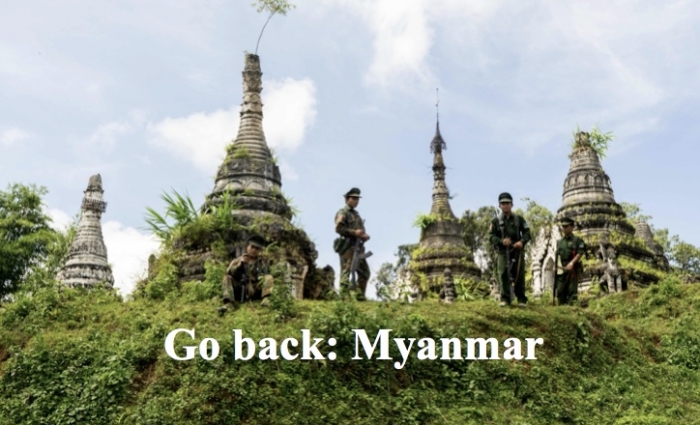