Zimbabwe is facing its worst humanitarian emergency in more than a decade as a result of drought and a severe economic crisis.

The country has been here before. The current inflation rate of 300 percent is well short of the 89.7 sextillion percent recorded in November 2008, and the shortages of fuel, the queues, and the 18-hour power cuts people now endure are familiar.

That doesn't make it any easier to choose which child to send to school or to figure out where the food will come from if there's another year with too little rain to nourish a household garden.

From the centre of the capital, Harare, to the suburbs and rural communities, The New Humanitarian encountered people reprioritising their needs in the current crisis in which almost eight million Zimbabweans – half the population – will be short of food by the end of January.

The collapse in living standards has triggered a junior doctors' strike to protest pay and conditions that has lasted more than three months and virtually closed public hospitals.

Cash-strapped city councils are unable to afford the chemicals to treat the water supply or to fix broken sewerage pipes, raising fears that a deadly cholera outbreak is just around the corner. And as schools hike term fees, parents are withdrawing their children – undermining their future.

“The crisis is becoming almost normalised,” said Jessica Pwiti, executive director of Amnesty International Zimbabwe. “The government is taking advantage of people’s resilience – it feels like it could go on forever.”

The accounts below are of three people from different walks of life trying to navigate the day-to-day realities of the current emergency. 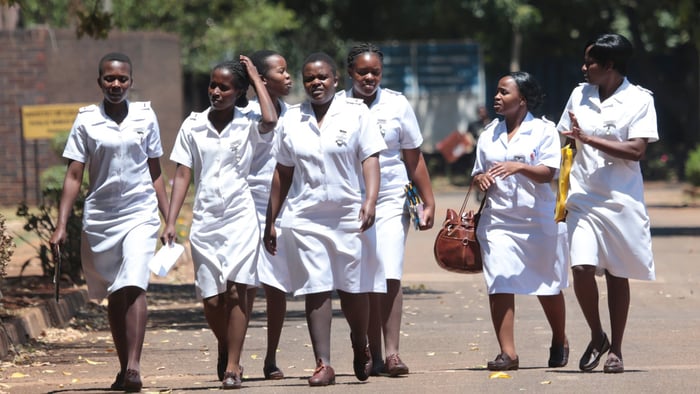 Norma, a nurse in a city-run clinic, Harare

Nurse Norma, as the Harare-based primary care nurse prefers to be identified (she didn't want to be photographed), has had enough. Aside from one colleague working part-time, she was the only nurse in her city-run clinic when TNH visited this month – and there were no doctors, either.

That morning she had told all 200 people waiting in the out-patient area to go home so she could focus on a woman who had gone into labour. There was little she could do for them all anyway, except tell those with the most urgent complaints to go to Harare Hospital. Besides, she said she didn’t feel safe on her own. Normally, the facility would have 28 staff members.

Norma said she wasn’t coming back to work the next day. “I’m fed up,” she said, candidly, plus she had no bus fare. She had walked to the clinic that morning after giving her last 30 US cents to her daughter, who had an appointment in town.

That meant Norma had no money to buy herself lunch. Her monthly salary, the equivalent of $60, was, as she described it, “a mockery”.

Zimbabwe’s junior doctors have been on strike since September, demanding that their salaries be index-linked to the US dollar rather than the equivalent of $100 paid in the ever-depreciating local currency.

“If there is a cholera outbreak, all the patients will die.”

They were standing firm despite more than 440 of them being sacked by the government. Senior doctors and consultants were providing only a skeleton service, and nurses had also unofficially gone on strike – hence Norma’s solo vigil.

The city council-run clinic she nominally works in – in a low-income suburb of Harare – is an example of the health system’s collapse. Norma and her colleagues say they are bothered not only by the poor remuneration but by the conditions they and their patients struggle with: the clinic’s borehole is broken, so nurses must fetch water in buckets from outside; there’s no soap; much of the equipment is out of commission; and only a few boxes of sterile gloves are left.

The clinic is in a part of the city that had a major cholera outbreak last year. Health workers warn that ongoing water cuts and the breakdown of the sewerage system, with unstaunched leaks into the water table, means another epidemic is inevitable.

Norma was already seeing several cases a week of typhoid, a slightly less infectious water-borne bacterial disease. “If there is a cholera outbreak, all the patients will die,” she said. “No members of staff will come to work – including myself.” 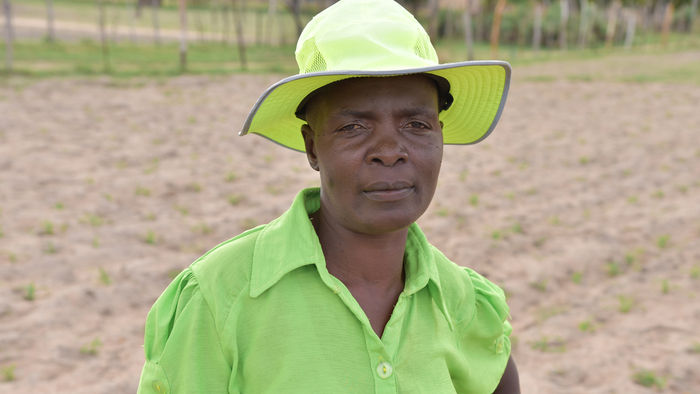 Loveness January (pictured above) provides first aid to the employees of a solar power company in Seke, a rural area 40 kilometers from Harare. She earns just $25 a month, practically all of which is spent feeding her twin 16-year-old boys and keeping them in school – a responsibility she has shouldered since her husband died a decade ago. “I stay alone with my kids, I have no one to help me,” she said.

The boys, Clayton and Claridge, were waiting for their exam results. If they do well, Loveness will have to dig deeper to cover a rise in school fees as they enter Form Four. If they don’t pass, they’ll have to look for work in an area with almost zero jobs.

What would Clayton do if he had to quit school? He’d take up beekeeping, he suggested confidently, and ask Loveness for the startup funds. She looked away at the suggestion, her expression communicating an unmistakable, “Are you for real, son?”

“I stay alone with my kids, I have no one to help me.”

But Loveness is fiercely protective of Clayton. While Claridge fancies himself as a footballer, and by all accounts is pretty good, Clayton has a disability – one leg is shorter than the other. The conversation was punctuated by her concerns for him, among them that his limp has become more pronounced – yet another worry to add to her store.

Loveness and the boys have planted every inch of their small property with maize. They need 10 bags to feed themselves next year. The government provided the seeds this season, but no fertiliser – and Loveness can’t afford to buy the three bags she needs. So, although the 20-centimetre-tall bright green shoots look healthy, she knows the harvest will be less than they need.

What is also weighing on her mind is the weather. Drought last year meant the family harvested only five bags, and another poor season is forecast.

What would happen if there was no rain? That was a question Loveness didn’t want to answer. There would be rain, she said over and over again, as a kind of mantra.

And then, sitting outside in her yard, a light drizzle began.

She laughed and clapped her hands. “You see, I told you!”

‘I blame this government.’ 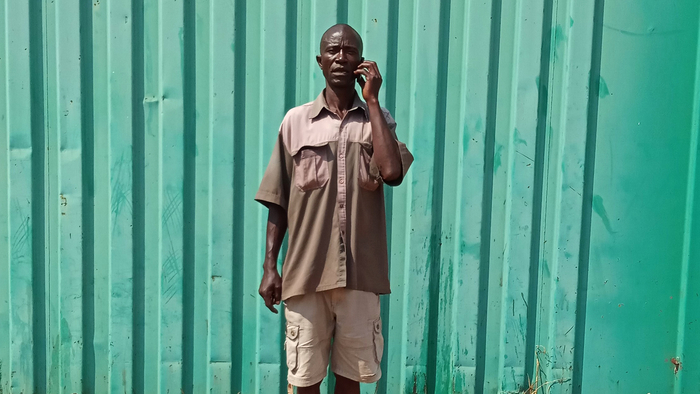 Ganda Farayi (pictured above) should have been looking forward to a comfortable retirement.

A forklift operator for almost 40 years, he earned good money working in Namibia and along the ports of the southern African coast, unloading vessels for nine of those years. He built a house in his rural region of Wedza, a hilly district known for its tobacco fields and cattle ranching, and another one in Chitungwiza, a dormitory town 30 kilometres southeast of Harare.

But that was then. Now, sitting in a small park in Chitungwiza, his clothes are faded from too much washing, no spare flesh on his bones. He is trying to choose which of his two children will stay on in their current schools – a decision forced by a cut in wages as his employer, a freight haulage company, is downsizing.

“I’ll sacrifice to give my son a better future.”

Ganda’s 15-year-old daughter is “brilliant – math, English, science, she’s the best”, he said. But fees at her boarding school are increasing from $466 per term to $733, starting from January. His 19-year-old son will be taking his A-levels next year, the last step before university, and he didn’t want to interrupt his studies.

The only choice, Ganda said, was to send his daughter to a cheaper day school, where standards are lower. “I’ll sacrifice to give my son a better future,” he said – including potentially his daughter’s education. “That’s my headache,” he acknowledged.

A few months ago, Ganda was working five days a week, making pretty good money. But now he averages just two days, and last month earned $104 – way short of his needs. His wife was back in Wedza farming their land and they were economising as best they could, but it was a struggle he felt he was losing.

“I blame this government,” he told TNH. “You can rig the election, but you can’t rig the economy [a reference to the contested July 2018 poll]. That’s where the inflation is coming from. Today, I don’t have a single cent in my pocket.”