Looting and killing has become a way of life around Junaynah, capital of Sudan's strife-torn western Darfur province.

Local leaders say the attacks are being carried out by Arab militias who conduct their almost daily raids "with total impunity". "I believe this is an elimination of the black race," one tribal leader told IRIN. He said that since Saturday alone, an estimated 9,000 people had become displaced in attacks on 15 villages located between 20 and 40 km from the town.

Highly visible around the town, the horse-backed Arab nomads - Janjaweed militias or Peshmerga as they are known in western Darfur - were unusually absent on Wednesday.

Local sources said an attack from the Justice and Equality Movement (JEM) rebel group was imminent, and there was a highly visible military presence. Corroborating sources have accused the government of backing the militias, charges it denies. Dr Sulaf al-Din, the national humanitarian aid commissioner, told IRIN all of Sudan’s tribes had been asked to defend themselves against the rebels, not just Arabs. “No tribe was excluded," he said. “Some are coming forward and some are not. This does not mean that the government is biased against one group.”

In a report on Thursday, the International Crisis Group (ICG) think tank said the conflict started when the JEM and another rebel group, the Sudan Liberation Movement/Army (SLM/A), launched their first attacks on government garrisons in the region in February 2003. 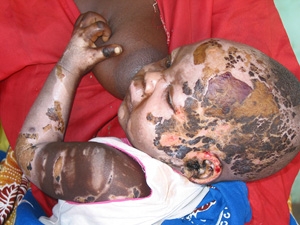 "In response to those actions, the government of Sudan has mobilised and armed Arab militias (Janjaweed), whose salary comes directly from booty captured in raids on villages, to terrorise the populace of Darfur," the ICG said. It added that the Janjaweed had stepped up activities in the past three months against the Fur, Zaghawa, and Massalit groups, who are collectively accused of supporting the rebellion.

“The fact is the government is arming some tribes, just Arabs, they go and kill, take the belongings and rape the women," local sources in Junaynah told IRIN. "The militias have been given access to good arms, they are better than the army's."

Concern is mounting in western Darfur over looming food shortages, as the nomads’ camels roam across local farms destroying crops.

"Now they are fighting with bullets, but the time will come when starvation will set in," said one local leader. Those who try to defend their farms with guns come under attack, and are sometimes arrested by the local authorities, IRIN was told.

Local farmers are unable to leave their homes to harvest or to go to local villages to trade for fear of being shot. Commercial traffic in western Darfur has all but stopped, and food prices have increased dramatically from 1,800 Sudanese dinar to 7,000 for a bag of millet. Wood and charcoal prices have also gone up, while livestock are decreasing in value as people desperately try to sell their animals before they are looted.

Meanwhile, local efforts to begin a peace initiative have been put on hold.

A meeting in Junaynah which planned to bring together leaders of 20 tribes - Arab and black African - was reportedly cancelled last week by the local authorities. Elsewhere in Darfur, humanitarian sources told IRIN that NGOs and UN agencies had been prevented from travelling to needy government and rebel-held areas in the north. UN officials and aid agencies were assured on Friday by local authorities that northern Darfur was calm and safe and that access would be granted.

But five days later agencies were still awaiting travel permits to areas, including several held by the government.

“The problem is in areas controlled by the SLM," explained deputy governor El Nour Mohammed Ibrahim. "Our experience has made us hesitant to send relief to areas under the SLM because of kidnapping and attacks on trucks.” In its report, the ICG warned the international community not to focus solely on the regional peace process, mediated by the Inter-Governmental Authority on Development (IGAD) between the government and Sudan People's Liberation Movement/Army (SPLM/A).

"The international community has thus far failed to respond appropriately to these developments, in part because the attention of the world remains focused squarely on the IGAD peace process," said the ICG's John Prendergast. "The government of Sudan is being feted by the international community for its transition to peacemaker through the IGAD process, while it continues to carry out a bloody campaign by proxy against the people of Darfur," he added.

"The end of one tragic civil war in Sudan should not be allowed to be a catalyst for a new one".