This article is part of our in-depth coverage. Read more like this...
BUTHIDAUNG, Myanmar

In the 2010 general elections, about 150,000 Muslims in this isolated township in western Myanmar were able to cast ballots. When the country returns to the polls in November the number of Muslim voters here is likely to be about a dozen.

There’s a simple explanation for the dramatic decline: the government has disenfranchised almost all of Myanmar’s approximately one million minority ethnic Rohingya Muslims.

The decision means that Rohingya are unlikely to have any political representation anywhere in Rakhine state, because MPs from that community were elected in 2010 only in a few areas like Buthidaung township where Rohingya outnumber Rakhines, who are the majority elsewhere.

When the ballots are counted after the 8 November polls, it’s likely that voters from the ethnic Rakhine group will elect representatives from parties that have publicly pushed to remove voting rights from those with undetermined citizenship, which includes almost all Rohingya.

The dynamic will be particularly odd in Buthidaung, a sleepy township that hugs the muddy banks of the Mayu River, which is the only route to transport goods and people from the state capital of Sittwe. In Buthidaung, a minority of 40,000 Rakhines will elect representatives to parliament, while 150,000 Rohingya will have no say in the decision.

The loss of political representation is only the latest in a long list of rights stripped from the Rohingya, who have little access to healthcare and education and are even prevented from travelling outside their villages without permission from local authorities.

“People have already lost freedom of movement, and now they cannot vote,” said Shwe Maung, an MP for Buthidaung who is Rohingya and was elected in 2010 under the banner of the ruling United Solidarity and Development Party (USDP).

The decision to revoke voting rights came amidst pressure from nationalist politicians and Buddhist monks who regard the Rohingya as illegal immigrants from neighbouring Bangladesh, despite the fact that Rohingya families have roots in the area going back generations.

Rohingya advocates say many were full citizens upon independence from Britain in 1948, and they point out that members of their community have voted in each election since then. But their citizenship status has been gradually eroded over half a century of military rule.

By the time the 2010 election rolled around, most Rohingya had “white cards”, which are temporary identification papers. Holding white cards kept them suspended in stateless limbo, but it did allow them to vote, and that enraged nationalists who argued that only bona fide citizens should have that right.

“My party submitted in parliament to reject white card holders – it (is in line with) our constitution,” said Aye Maung, leader of the RNP. “Citizens can vote and citizens can be members of parliament. This is not for non-citizens.”

People with white cards can, in theory, take part in a citizenship verification process, and if they are deemed to be citizens of Myanmar they could participate in the November poll. But the process has been excruciatingly slow and it is unlikely to be completed in time.

Part of the problem is that Rohingya who want to acquire citizenship must agree to identify themselves as Bengali, which implies they are from Bangladesh. The vast majority refuse to do so.

Only about 10 Rohingya in Buthidaung have gone through the process and been given citizenship papers, according to a local official who spoke on condition of anonymity as he was not authorised to talk to media. 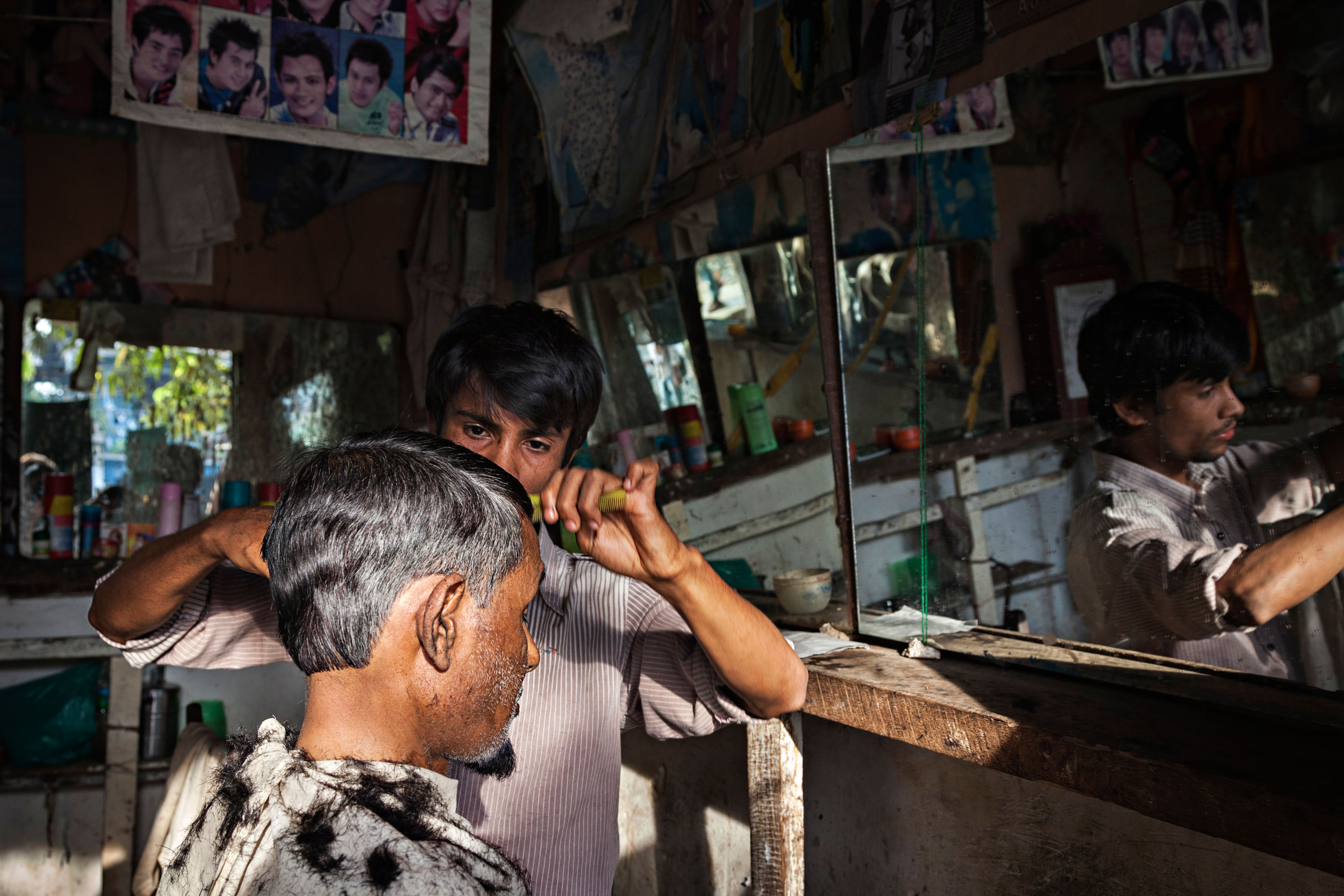 Photo: Lauren DeCicca/IRIN
A Rohingya man gets his hair cut in the main market in Buthidaung township in the western Rakhine State in early 2014

Removing the Rohingya's right to vote may have appeased nationalists in this Buddhist-majority country, but it also eviscerated the government’s voting base in Rakhine state.

Most Rakhines support their own ethnic parties rather than opposition leader Aung San Suu Kyi’s National League for Democracy (NLD) or the USDP, both of which are dominated by members of the ethnic Bama majority, which has had a troubled relationship with the Rakhine people.

The NLD boycotted the 2010 poll, which was widely condemned as fraudulent. So the Rohingya found themselves in an awkward position: they could either support Rakhine nationalist parties that opposed their right to vote, or they could cast ballots for the USDP, which is the reform-era incarnation of the previous military government that marginalised them and is comprised largely of former officers.

Most Rohingya voters chose the latter.

“We were thinking the military government party would give our rights back. We wanted to work together,” said Rafi, a 25-year-old Rohingya from Buthidaung. “We thought we were going to get a chance, and it would be easier for us to communicate and sort out the problems we have been encountering.”

Without the support of voters like Rafi this time around, the USDP will elect very few if any MPs in Rakhine state. Aye Maung said he expected his party to win because Rakhine voters “want their ethnicity to be the government of Rakhine state”.

The national government has not only undercut its electoral support; its decision to revoke the voting rights of the Rohingya also prompted condemnation from rights groups as well as the United States, which has been a major backer of political and economic reforms implemented by the quasi-civilian government that took power in 2011.

“Upcoming elections should provide an opportunity for all the people of this country, including in Rakhine State, to have a say in their people’s and country’s future,” a US embassy spokesman told IRIN.

The embassy also expressed “concern” over the decision of the Election Commission to bar Shwe Maung from running again.

Shwe Maung told IRIN he is appealing the decision and he rejected the Commission’s allegation that his parents were not full citizens, which would make him ineligible to hold office. He said he had resigned from the USDP and intended to stand as an independent candidate.

“I want to continue as an independent politician as well as work with the NGO I have founded, which works for all the people of Rakhine state,” he said. “I want to live together with all people regardless of race and religion.”