This week’s commitment by government and guerrilla forces to de-escalate Colombia’s conflict has renewed hopes of a peace agreement that would finally end the world’s longest-running war. But peace alone will not solve the country’s massive humanitarian crisis, which has only worsened in recent months amid an upsurge in fighting.

On Sunday, the government and the FARC guerrilla movement said they were working towards a permanent bilateral ceasefire, after FARC announced last week that it would begin a unilateral pause in hostilities on 20 July, its sixth such move since peace talks began in Havana, Cuba in 2012. The government reciprocated by agreeing to reduce military activity.

But as negotiators debate terms with which to resolve the 50-year conflict, analysts worry that humanitarian action – crucial to the success of any agreement – risks being overshadowed by other issues in the debate, including how to compensate the victims.

"There is more concern for the victims of the past than the current victims of an ongoing conflict,” said Gerard Gomez, head of the UN’s emergency aid coordination body, OCHA, in Colombia.

While peace talks have had a positive effect on people’s suffering – less displacement and landmine accidents, for example – “new victims of violence appear in Colombia every day, especially among the indigenous and afro-descendant populations,” a February report by the Norwegian Peacebuilding Resource Centre (NOREF) noted.

The Revolutionary Armed Forces of Colombia, or FARC, is the largest and most important of a host of guerrilla groups that has been at war with the government for decades over a mix of old communist ideals from the Cold War and control of the illicit drug trade. The result: 220,000 killed, 80 percent of them civilians, according to a report by Colombia's National Centre for Historical Memory.

Alberis Peralta and her children were displaced by Colombia's armed conflict and now live in Arjona, an imporverished community outside Cartagena on Colombia's northern coast 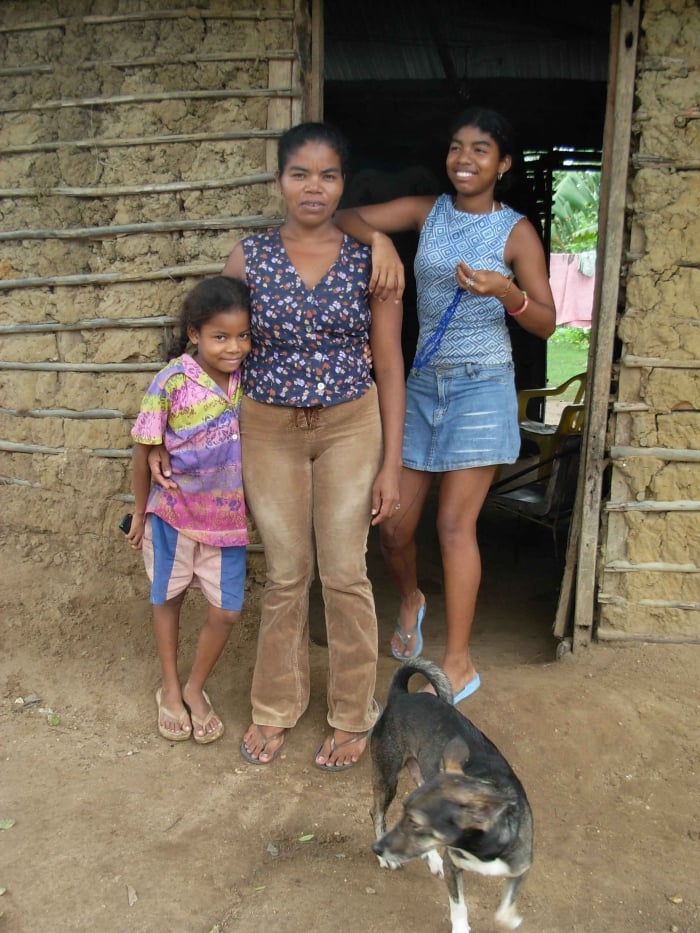 But this trend towards de-escalation ended abruptly in April, when a FARC unit killed 11 soldiers while they were resting in the southwestern department of Cauca. A retaliatory air raid killed 27 FARC rebels in May, prompting a new cycle of confrontation and increasing public disillusionment about nearly three years of peace talks.

After the ceasefire was broken, FARC attacked critical infrastructure, police officers and other targets 105 times, according to a June report by the Conflict Analysis Resource Center (CERAC), a non-partisan think-tank, based in Bogotá. Last month was the most violent since the peace talks started, CERAC noted.

Such setbacks are normal in peace negotiations, and, according to Victor de Currea-Lugo, a conflict resolution expert and commentator for the national newspaper El Espectador, “the negotiations are moving forward really quickly compared to international standards regarding timeframes.”

But the reversals have had severe humanitarian consequences, in a country already home to the second highest number of internally displaced people in the world: six million.

At least 347,000 people were displaced across the country between November 2012 and September 2014, according to NOREF, even while peace talks were under way. That’s 15,000 every month. More recently, government airstrikes in May displaced 352 people in Cauca and prevented others from fishing, hunting and harvesting, according to the local Ombudsman’s Office.

"The number of displaced people could keep growing because, in addition to the risk of violence, food insecurity is making people leave,” said Mauricio Redondo, the local ombudsman.

Between January 2013 and November 2014, 1.4 million people could not move freely or fully access basic goods and services essential for their survival, NOREF said. For one out of five of them, the restrictions lasted for more than a week and affected their access to at least three basic services.

We are falling on despair. The river is (at) the heart of our lives.

Throughout June, attacks on infrastructure and road blockades intensified: one million people in southwest Colombia were hit by a blackout after electrical lines were attacked and pipelines blown out, sending thousands of barrels of oil into Caunapí river, polluting water used for cooking and hygiene.

After a visit to one of the areas affected by a massive oil spill caused by FARC on 22 June, Fabrizio Hochschild, the UN’s humanitarian coordinator in Colombia, said some 200,000 people in the town of Tumaco were in a “critical situation”. The spill limited their access to water and led to health concerns, including skin and respiratory problems as the river became polluted.

“We are falling on despair,” a local community leader in the area told visiting UN representatives. “The river is (at) the heart of our lives.” At least 7,000 families in the area depend on fishing and shrimp crops.

Crude oil pollutes the Caunapí river, in Tumaco, in southwest Colombia, after the FARC guerrilla movement bombed the Trasandino pipeline on 11 June 2015. People depend on the river for their daily hygiene, laundry and food preparation 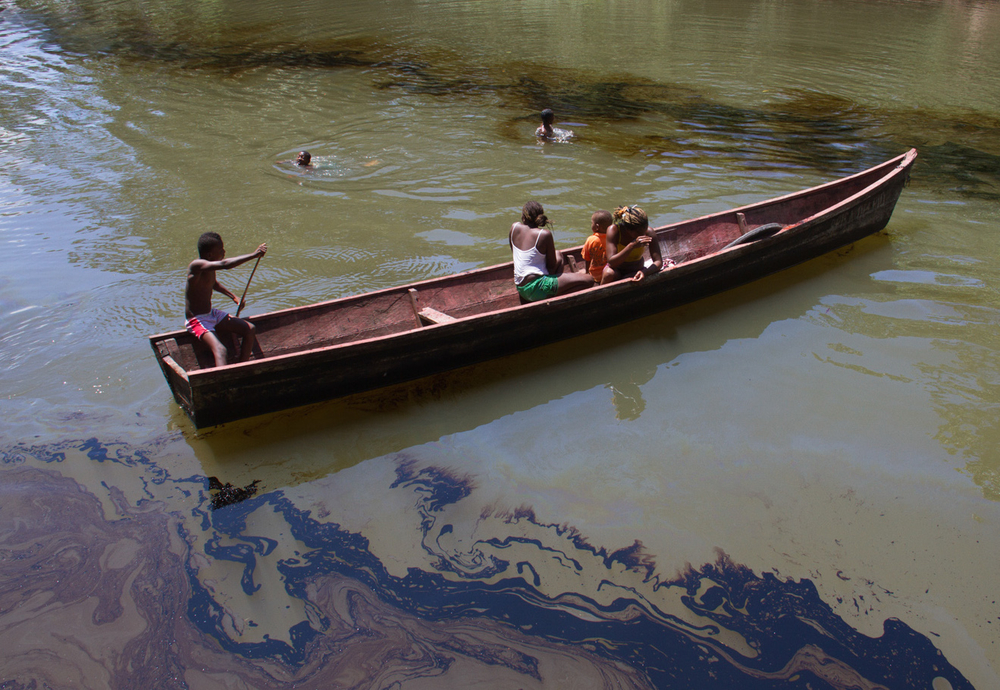 Meanwhile, ELN, Colombia’s second-largest guerrilla group, and several other paramilitary outfits are not involved in the peace talks, still active in the country and responsible for significant violence and violations of International Humanitarian Law.

All rebel groups in Colombia continue to use anti-personnel mines to protect coca crops and to deter or reduce military operations against them, anti-mine campaigners say.

According to official estimates, between November 2012 and September 2014, mines killed 644 people – 40 percent of them civilians, and among them, more than one third children. Colombia is one of the most mined countries in the world.

A contradiction of sorts

And yet, on the whole, humanitarian relief is not explicitly on the peace agenda. Instead, the talks have centered on five main points: land reform, political participation of demobilised combatants, ending illicit drug production, the disarmament of rebels, and the rights of the victims, including a recently established Truth Commission.

International experience shows that an early withdrawal of humanitarian assistance may have negative impacts on at-risk groups and the evolution of the peace process.

And rightly so, some argue. Ending the conflict is a legitimate priority – only then will humanitarian suffering be eased.

“[The peace process] is not all about what happens with FARC and the justice,” Sergio Jaramillo, Colombia's High Commissioner for Peace, said in a TV interview last month.

“It is a political agreement to implement a number of reforms that would guarantee that this violence will not continue and the conflict will not recur.” He warned this would only be a first step. The next, and hardest phase will be to build true peace.

But NOREF warns that once a peace agreement is signed, countries emerging from conflict often shift away from humanitarian response to recovery and rehabilitation too early.

“International experience shows that an early withdrawal of humanitarian assistance may have negative impacts on at-risk groups and the evolution of the peace process, especially when the regions most affected by the conflict face important development gaps and challenges,” the report said.

“The legacy of past peace processes and previous peace agreements in Colombia shows that post-agreement scenarios may lead to the deterioration of the humanitarian and human rights situations, which may obstruct the peace process itself,” it added.

The talks have prompted little action to address the humanitarian crisis, apart from a few symbolic projects, including a joint FARC-government programme for demining El Orejón, a small 100-person community in the badly affected department of Antioquia. In February, FARC also announced that it would stop recruiting minors and liberate all children under 15 in its ranks (so far, none have been liberated and recruitment persists).

The two processes – peace and humanitarian relief – are undeniably linked. Humanitarian agencies – seen as neutral in Colombia – can play a role in maintaining peace by providing dividends, including access to services, that can help fulfill the expectations of people neglected or victimised during the conflict.

For instance, in areas where the government has regained control from guerrilla groups, it has embarked on an unprecedented programme of land restitutions, which will allow large numbers of displaced people to return to their land. They will need help rebuilding their lives.

"We can and we must help building bridges and trust,” said Christian Visnes, delegate of the Norwegian Refugee Council in Colombia.