Eight-year-old Kareem Al-Maqtari suffers from recurrent nightmares and bedwetting and has been struggling to sleep since the start of the Saudi Arabia-led coalition bombing campaign in Yemen in March.

“I took Kareem to a paediatrician with a feeling of distress engulfing me,” said his 42-year-old father, Zakaria, who lives close to the airport in the Yemeni capital Sana’a.

“The doctor prescribed some ‘anti-fear’ medicines and told me he is still a child and he will get over this, but he still wakes up crying and wetting his bed.”

“Recently when there was a [air]strike on the airport while he was out playing with friends, he peed himself,” Kareem’s father added.

According to the latest UN figures, 135 children have been killed and a further 260 injured since fighting broke out in late March between Saudi-led forces backing President Abd Rabbu Mansour Hadi and Houthi rebels, who have support from former president Ali Abdullah Saleh.

In addition to the physical effects of war, many children are also suffering from psychosocial trauma associated with living in a conflict zone.

In conflict situations, children are the most vulnerable and the ones who suffer the most from the impact of the violence.

Now in a bid to help children and their parents, the UN’s children agency, UNICEF, has designed special leaflets, as well as radio and television slots, to offer advice to families where youngsters are experiencing conflict-related anxiety or physical symptoms, such as bedwetting and nightmares.

“In conflict situations, it is always the case that children are the most vulnerable, and the ones who suffer the most from the impact of the violence,” explained Micaela Pasini, head of child protection for UNICEF in Yemen.

“The information campaign is aimed at helping parents understand and sympathise if children have these types of reactions,” she added. “It is something normal that happens in conflict situations, so we give some suggestions of how to address this within the home.”

Pasini said UNICEF seeks to provide safe places for families to send children in need of psychosocial intervention so they can do special activities, but this service has been limited in certain areas due to the ongoing fighting.

Another big risk for children in Yemen’s conflict zones is being injured or killed by unexploded ordnance (UXO) and explosive remnants of war (ERW).

Although this is not a new problem for Yemen – the country has lived through several decades of violence – the added intensity and wider geographical spread of the latest wave of fighting has greatly increased the risk of mine-related incidents.

According to the UN’s 2014 Children and Armed Conflict Report, published in May last year, at least 28 children were killed and maimed by explosive remnants of war during 2013.

The soon-to-be-published 2015 report, will show – IRIN has been told – that the casualty rate from unexploded ordnance and other devices doubled in 2014.

No breakdown was available for how many children have been injured or killed by mines in Yemen’s latest round of fighting, but Pasini said the number of incidents was likely to increase when the violence stops and people start to move around more freely.

Unable to carry out its community-based mine risk education programme properly due to the conflict, UNICEF has been trying to reach parents via television and radio and information drops.

The campaign tells parents to discourage their children from playing with scrap metal, or other unknown objects, and provides advice about what to do if suspicious items are uncovered.

But the ability to reach people – many of whom have no electricity – is limited.

Leaflet produced by UNICEF in Yemen to advise parents about how to look after their children in case of conflict-related trauma. May 2015 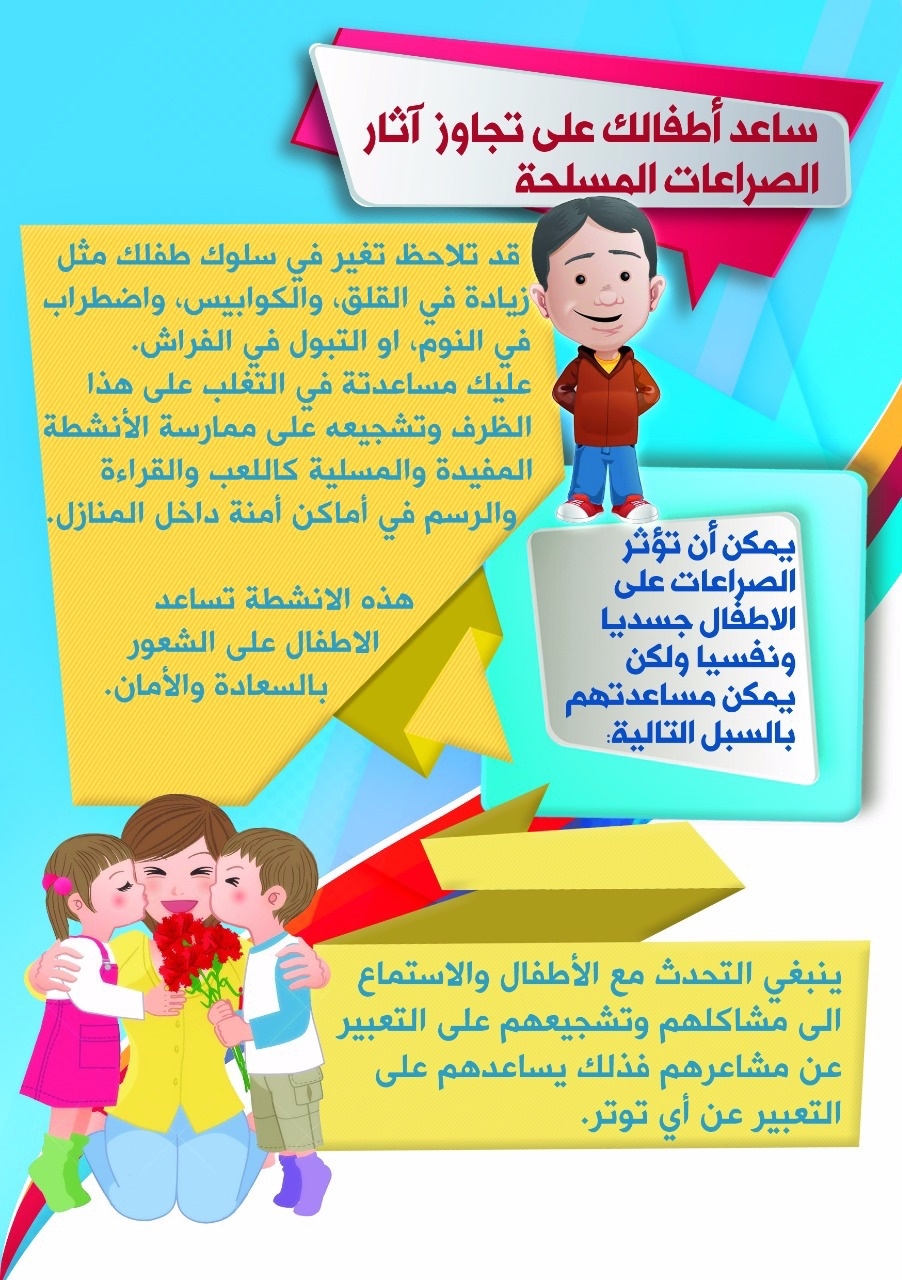 Basem Abdellatif, a resident of Sana’a’s Al-Salami neighborhood, said he’d not seen television adverts because and hadn’t received any leaflets. But he told IRIN he’d heard about the campaign on the radio and received some advice via text message.

Following a large explosion in April, which shattered the glass panes of the family’s home, the 38-year-old said he had put sticks onto the windows to stop any more glass flying in, in case of another blast.

“In addition to that, I’ve moved the beds of the whole family away from the windows to keep us safe,” he said.

The father-of-two said it was hard to keep his children indoors when they had no school to go to and wanted to be outside playing, but he didn’t seem concerned about unexploded ordnance.

Airstrikes had become normal, he told IRIN, explaining how he’d seen his six-year-old, Abdulwahab, playing a game with his friends in which the boys armed themselves with pretend weapons and fought each other.

For many young people in Yemen, however, fighting is not just play.

Yemen is one of only eight countries in the world whose state military includes children, and a 2010 UN report found that “as many as half of the total number of fighters, from…the Houthi rebels, are below 18 years of age.”

In an interview in February, Leila Zerrougui, the UN secretary general's special representative for children and armed conflict, told IRIN she was concerned about the “increased the recruitment of children by Houthi rebels” in 2014.

Between 26 March and 13 May this year, UNICEF verified 159 children “recruited by parties to the conflict,” but Pasini said it was hard to get really accurate numbers.