Trickles of displaced people are heading back to the Democratic Republic of Congo’s eastern city of Goma, just days after officials ordered residents to evacuate following a volcanic eruption on 22 May that left at least 32 people dead and 20,000 homeless.

Hundreds of thousands of evacuees remain scattered and families are still separated across the region amid warnings of further eruptions in the city centre and its adjacent lake, which contains vast amounts of trapped carbon dioxide that could suffocate residents if released.

Congolese photojournalist Ley Uwera has been following the situation over the past week, photographing residents as they fled to neighbouring Rwanda –   which has also been affected – and to the town of Saké, 25 kilometres northwest of Goma.

“I will stay here with my family until the situation improves," a mother-of-six in her thirties, who gave her name as Bahati, told Uwera from a reception centre for displaced Goma residents in Rwanda.

After the eruption of Mount Nyiragongo – which hit Goma’s northern fringes before stopping just short of its international airport – hundreds of small earthquakes were reported in a so-called seismic storm, while magma flows were detected underneath the city and Lake Kivu.

Local officials called for an evacuation on 26 May, triggering a panicked exodus from Goma. Aid groups say hundreds of families were separated while fleeing the city, which has a population of roughly two million and is the coordination hub for aid operations across eastern Congo.

A lack of food and difficult living conditions both at reception sites and in the homes of families hosting displaced people have prompted some residents to return to Goma in recent days.

Located on a tectonic divide known as the East African Rift, Mount Nyiragongo is considered one of the world’s most dangerous volcanoes due to its proximity to Goma and its fast-moving lava. A previous eruption in 2002 covered a fifth of Goma in lava and left 250 people dead and 120,000 homeless.

A local volcanic observatory was set up in 1986 to monitor activity and forecast future eruptions. But World Bank funding for the institute was cut last year due to allegations of embezzlement.

Researchers were unable to do regular monitoring before the recent eruption, and lacked the funds to travel to the volcano despite signs of increased activity.

Even so, volcanologists say there were no “precursor” events that would have indicated Mount Nyiragongo was about to explode. “Nobody could have detected this eruption,” said one expert monitoring the situation. 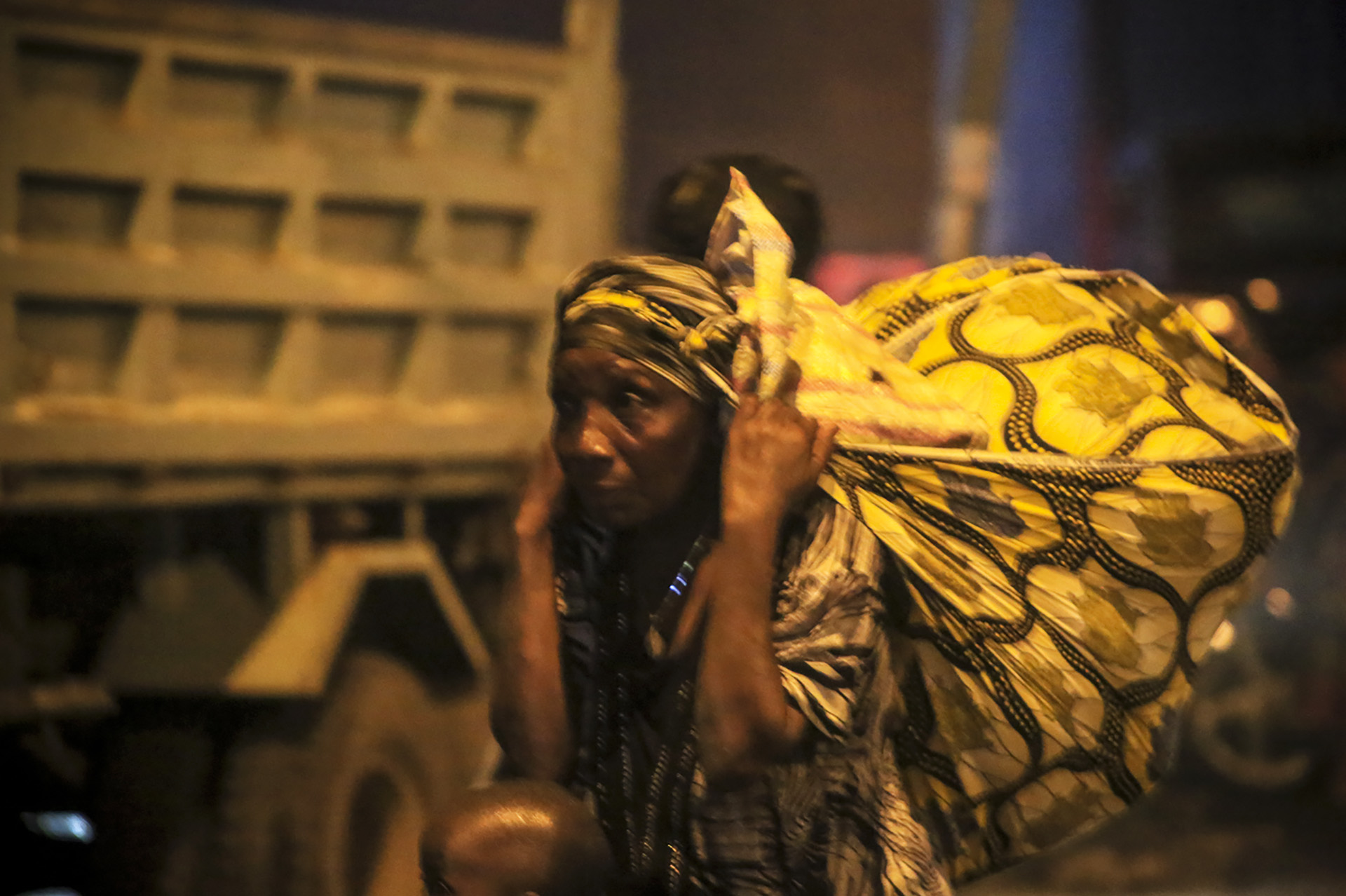 An elderly woman called Maria lost track of her family while fleeing from the lava-hit area of Kibati, which is around 10 kilometres from Goma. More than 150 children have also been separated from their families, according to UNICEF, and a further 170 are feared missing. “We are going to an unknown destination. The main thing is to leave,” said Maria, carrying her belongings in a fabric wrap. “I have to find a more secure place for myself.” 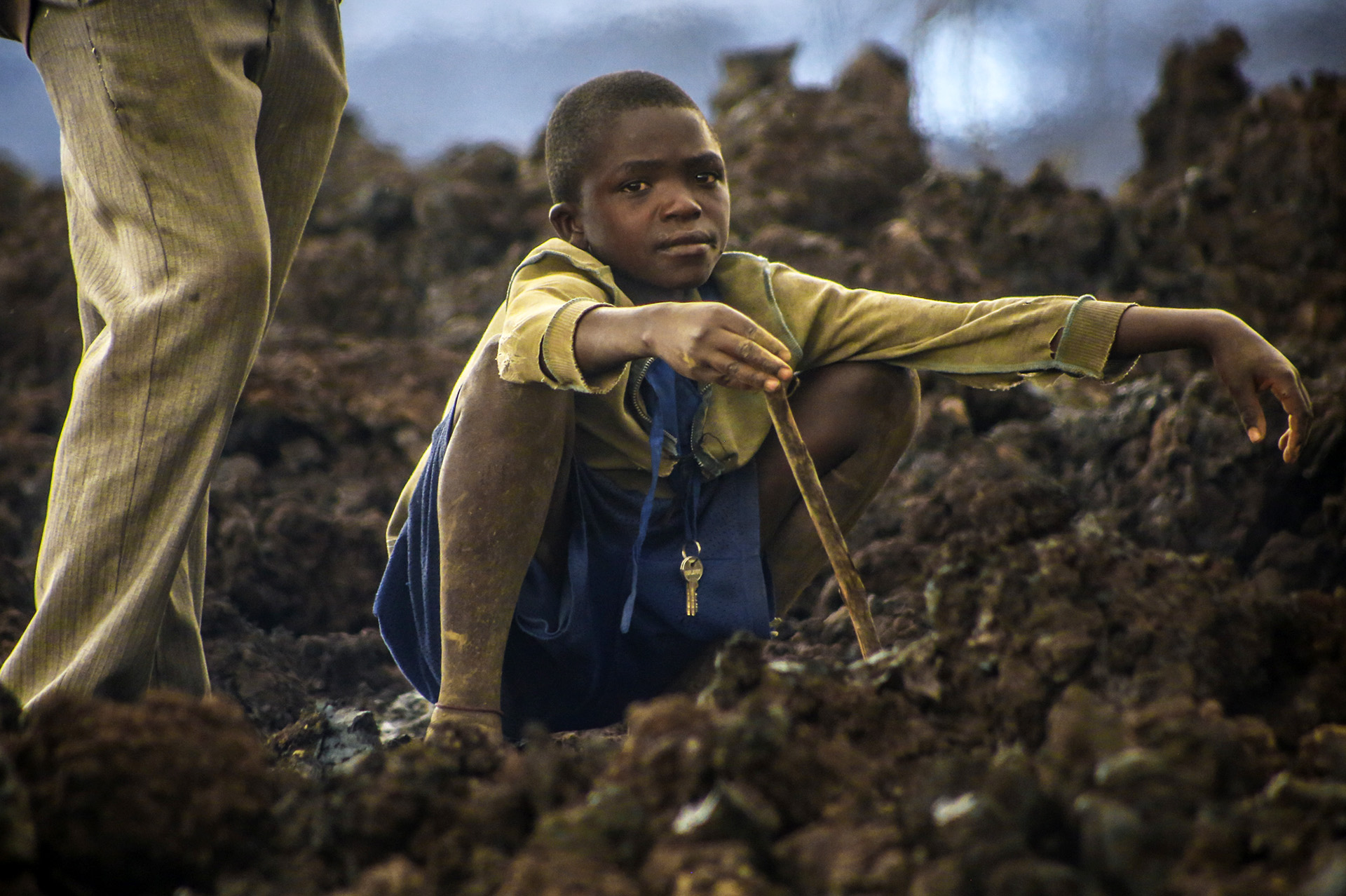 A young boy sits on volcanic rock in Kanyaruchinya, just north of Goma, following the eruption of Nyiragongo. Lava flows razed fields and submerged thousands of homes before stopping just short of Goma’s international airport. Water shortages and power cuts have also been reported in the city, while earthquakes have brought down buildings. “We had a field around there. My mother would plant and harvest vegetables,” the boy said. “Now, there is nothing [other] than volcanic rock’’ 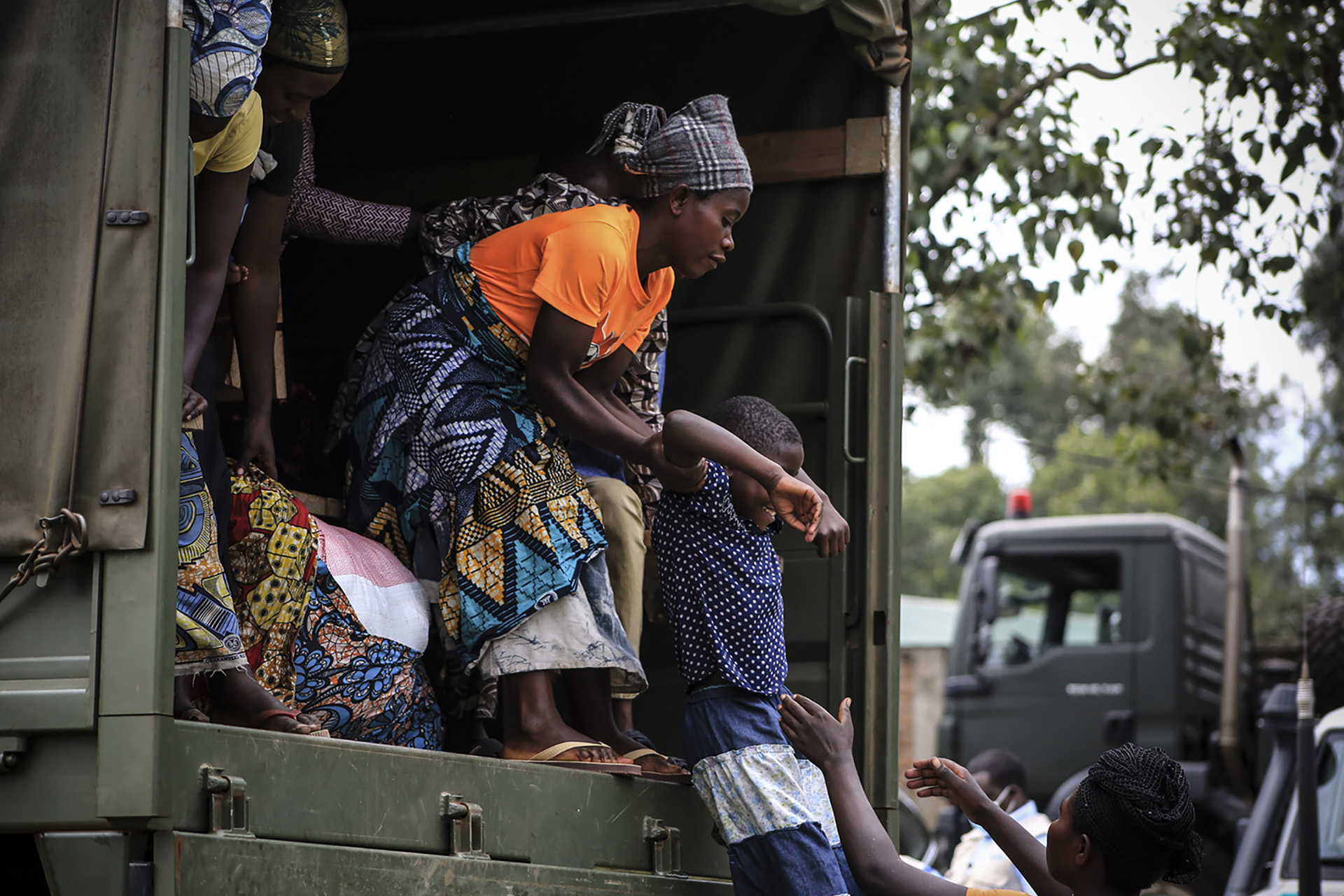 Thousands of Goma residents have taken refuge in neighbouring Rwanda since 22 May. Authorities have opened reception centres for the displaced, but conditions are poor and Rwandan residents are dealing with their own challenges after dozens of small earthquakes in the last week damaged local houses and roads. "Now that we have finished with the orientation of the various refugees from Congo, we are proceeding with the Rwandans who have been affected,” said Deogratias Nzabonimpa, the deputy mayor of Gisenyi, one of the main Rwandan towns hosting displaced people. 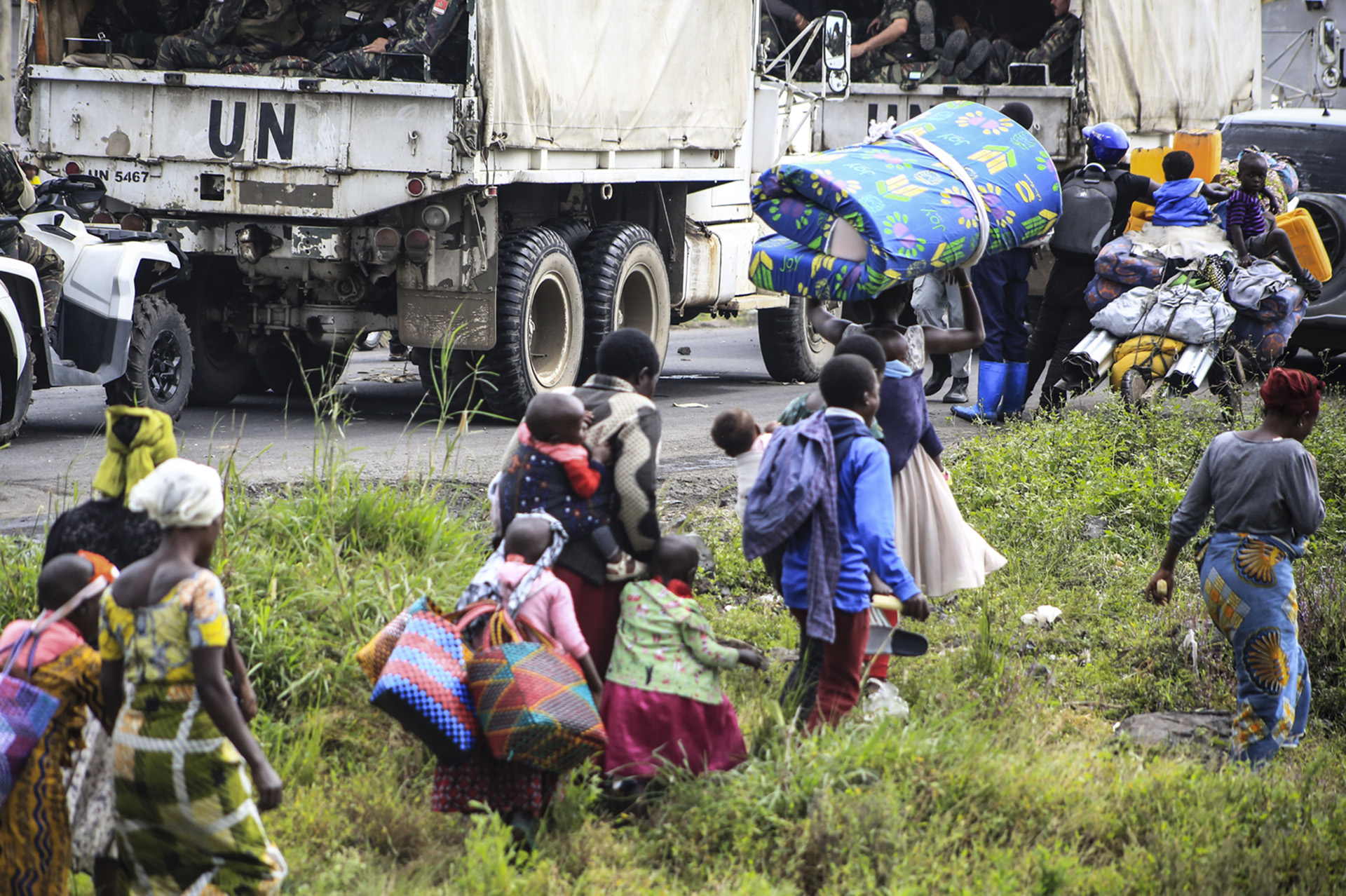 International aid groups and UN agencies have evacuated some of their staff members out of Goma as fears grow of further eruptions. The eastern city serves as a hub for aid operations across eastern Congo, which has been badly affected by conflict over the past two decades, and recently by the second deadliest outbreak of Ebola ever recorded. 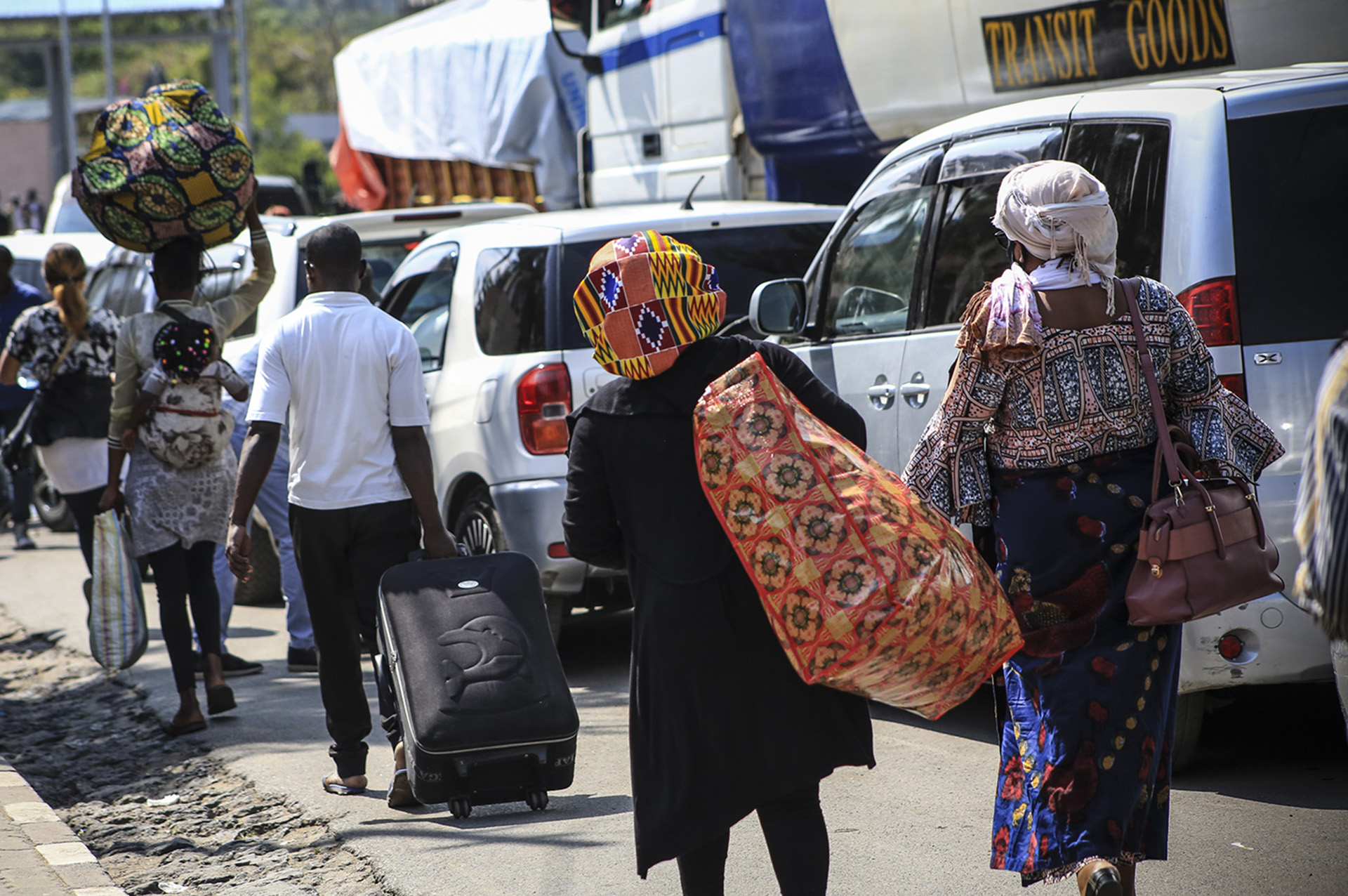 Huge traffic jams have been seen on the roads to Saké and Rwanda following the decision by Congolese authorities to evacuate parts of Goma. Residents also packed onto crowded boats heading to Bukavu, a city further south. Many fear earthquakes or other volcanic activity could trigger a so-called “limnic eruption” – a rare event that would see large amounts of dissolved gas released from the depths of Lake Kivu. 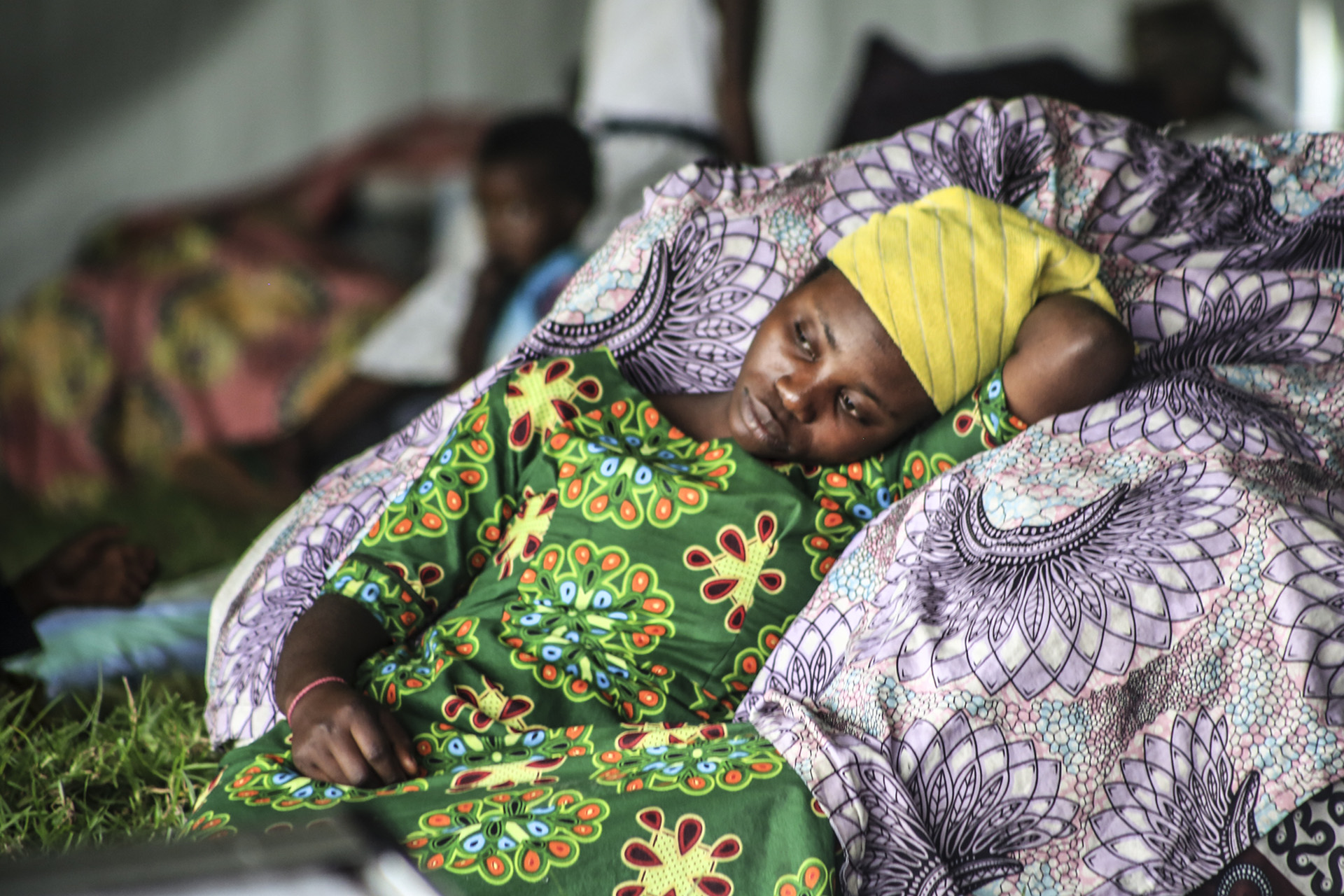 Some residents have begun to return to Goma in recent days, but others vowed not to leave until the situation becomes clearer. “I came here because I heard on the radio that gas from Lake Kivu could explode at any time,” said Bahati, the mother-of-six, who is currently living in a tent in a reception centre in Rwanda. “I will stay here with my family until the situation improves.”