The roof of the world is melting.

As the Earth’s temperature rises, many glaciers atop the Himalayas are in retreat. That can cause disaster for mountain communities, as melting ice feeds glacial lakes that overflow and wash out everything in their path – a phenomenon known as Glacial Lake Outburst Floods (GLOFs for short).

As awareness has grown, so have local fears, and governments in the region have been taking increasing measures to prevent such disasters. But there are major challenges to working at such high altitudes.

Nepal recently managed to lower the level of the Imja glacial lake by 3.4 metres. The results of the project are shown in the photos below.

“It’s extremely cold there and it’s a high-altitude area,” said Rishi Ram Sharma, director general at Nepal’s Department of Hydrology and Meteorology. “Even for healthy people, just to reach Imja Lake is a great challenge.”

The lake sits at 5,100 metres above sea level and there’s no road access, so materials had to be flown in by helicopter. Work on Imja Lake finally wrapped up at the end of November, but only after it had taken six months for the army and about 100 volunteers from nearby communities to dig a channel to divert some of the water in order avoid the risk of a GLOF.

Sharma said Nepal plans to lower the water level of at least five more lakes, but stressed that his department is working with old data so researchers may find more areas at risk of GLOF.

“Now our next plan is to identify the risks posed by glacial lakes by investigating geophysical conditions of the lakes in Nepal,” he said. “If we find that the lake poses a threat to the people living downstream, then the lake-lowering will be done.”

Of course it’s not just Nepal at risk. Glaciers throughout the Himalayan region are melting. This means the volume of water in glacial lakes increases, but it also means that the natural barrier walls of the lake may crumble. Many barriers are formed from rocks and sediment fused to an internal core of ice, which is itself melting in some cases.

The International Centre for Integrated Mountain Development, based in the Nepali capital of Kathmandu, has documented 35 GLOF events in Nepal, Bhutan, and the Chinese autonomous region of Tibet over the past few decades. In Pakistan’s Hunza Valley, there were five GLOF events in the first half of 2008 alone, according to ICIMOD.

In one of the most deadly GLOF events in the Himalayan region, Bhutan’s Lugge Tsho Lake burst in 1994. At least 20 people were killed, along with livestock critical to the economic survival of the people who live in the mountainous region. The flood also damaged more than a dozen houses and other infrastructure.

Most GLOF events in the Himalayas take place in remote areas where there are few if any people, and they may even go unnoticed. But with global warming, the threat has increased greatly. Imja Lake did not even exist a few decades ago, but it started to grow rapidly in recent years and was deemed a serious threat by Nepali authorities.

Part of that risk was its location. Imja Lake is in the Everest region, an area popular with trekkers, as well as a home to villagers who survive partly on the tourism dollars they bring.

The government has installed an early warning system in six highly vulnerable settlements on the Everest trekking trails. An automated sensor has been installed in the lake itself, which can transmit any mass water movement to the warning system.

Karma Sherpa, who lives below Imja Lake in the village of Dangboche, said he and his family fled their homes twice last summer when small floods occurred, because they were afraid a GLOF might follow. He said the government’s initiative to drain the lake and set up a warning system has brought peace of mind.

“Now I am assured to some level that I do not have to run in emergency, leaving my home,” he said. “It has also secured my investments in a hotel, for the timebeing." 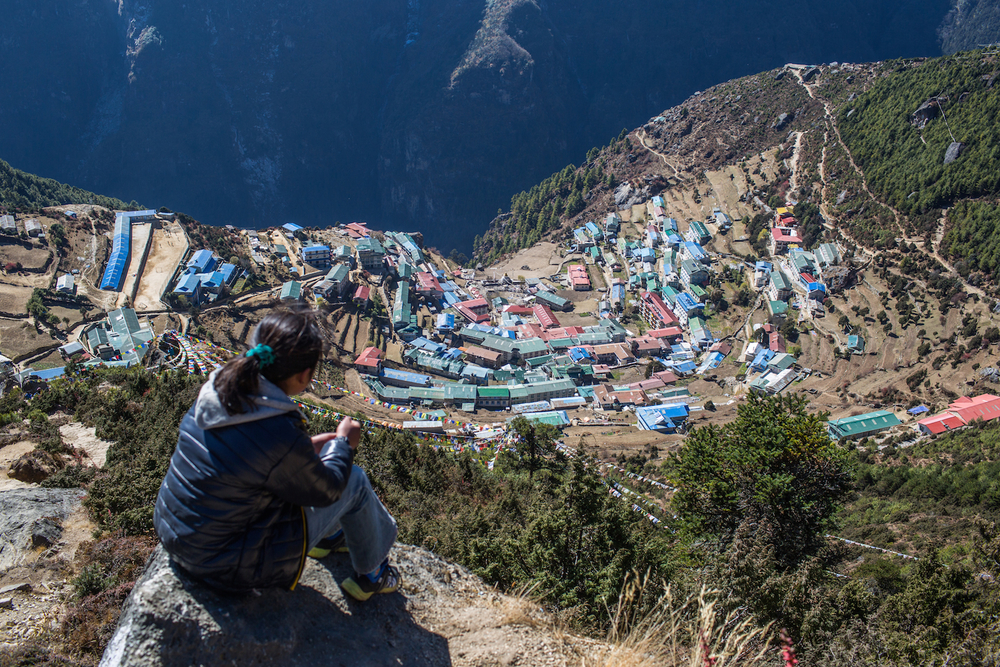 Nabin Baral/IRIN
A young woman looks down to the town of Namche Bazaar, which is a gateway to the Everest region 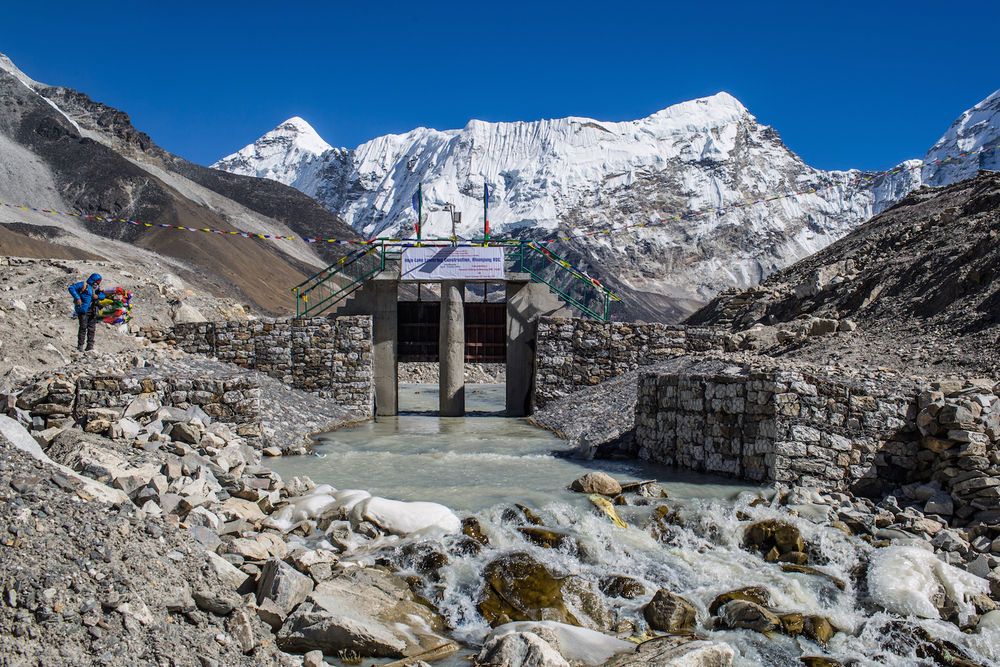 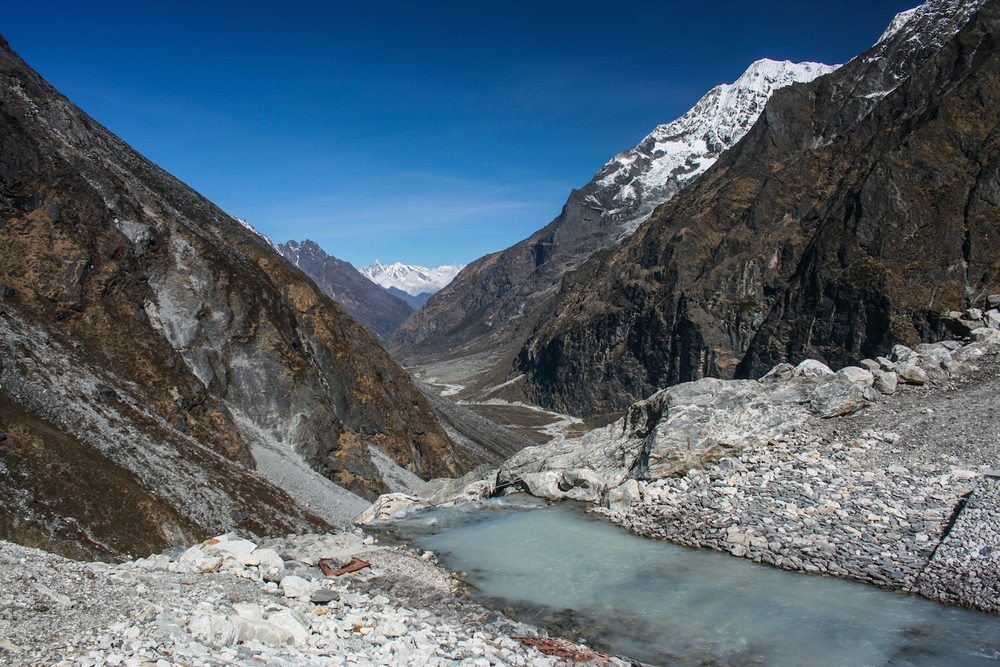 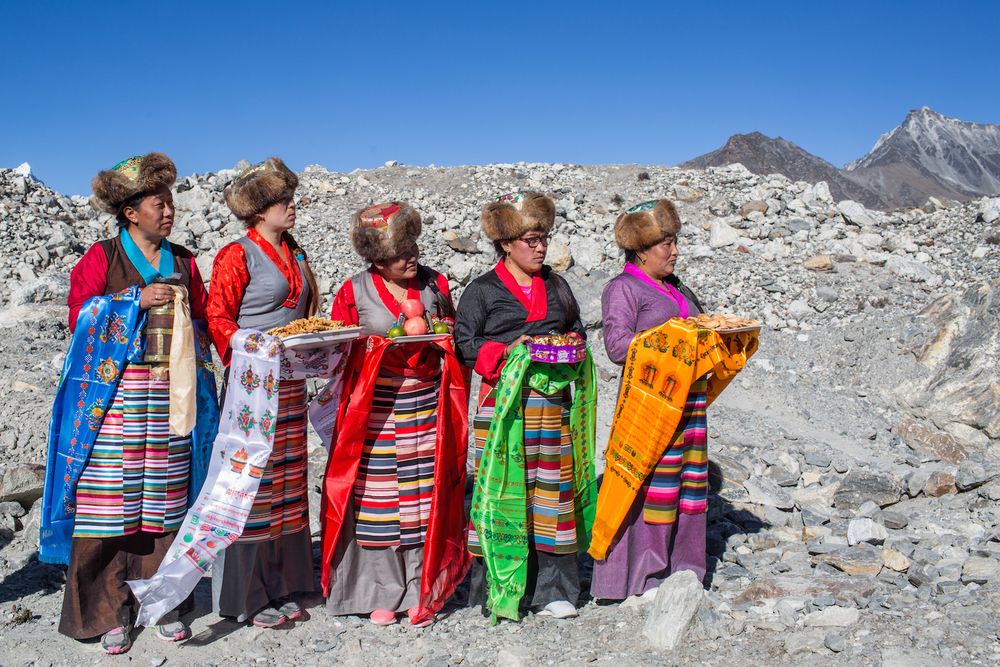 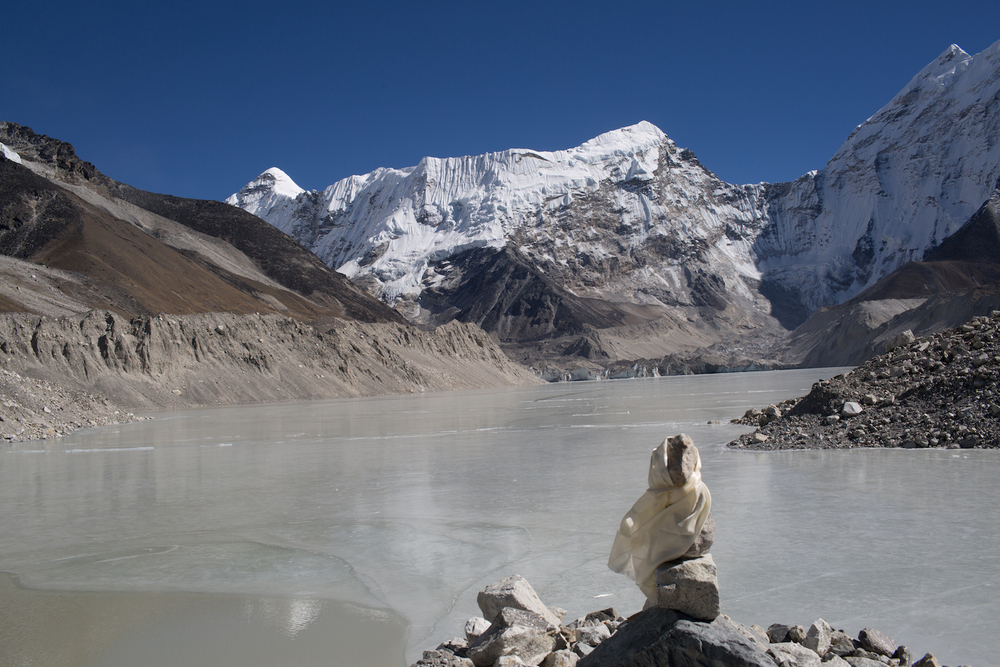 Nabin Baral/IRIN
Imja Lake has become one of the biggest glacial lakes due to glacial melt over the past few decades. It's now 1.28 square kilometres with a depth of 150 metres. 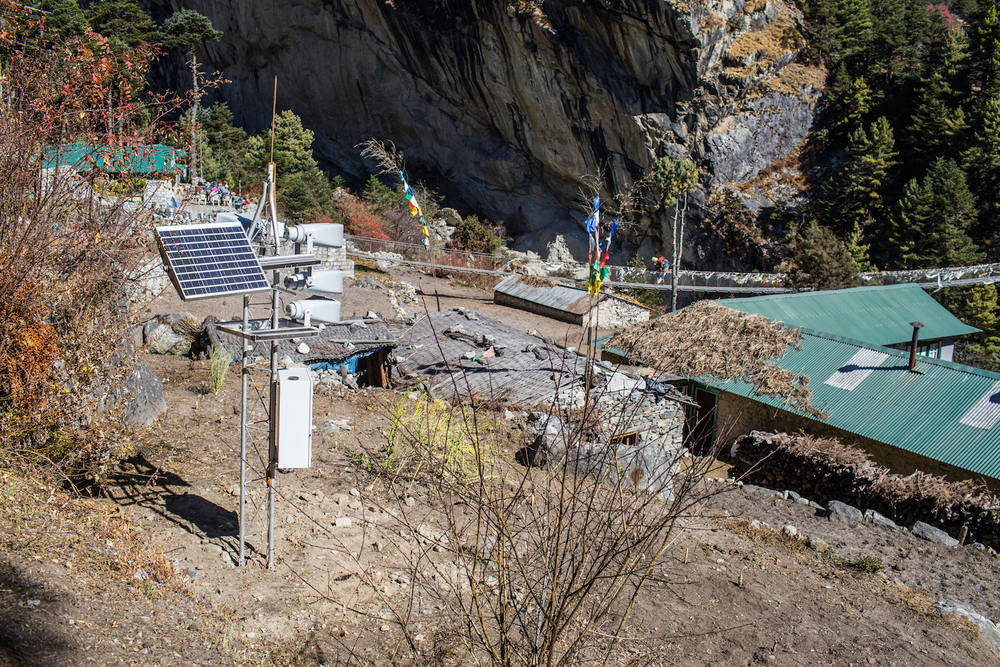 Nabin Baral/IRIN
An early warning system installed in Phungithanka Village, which will receive an automated warning if there is a risk that the Imja Lake will overflow 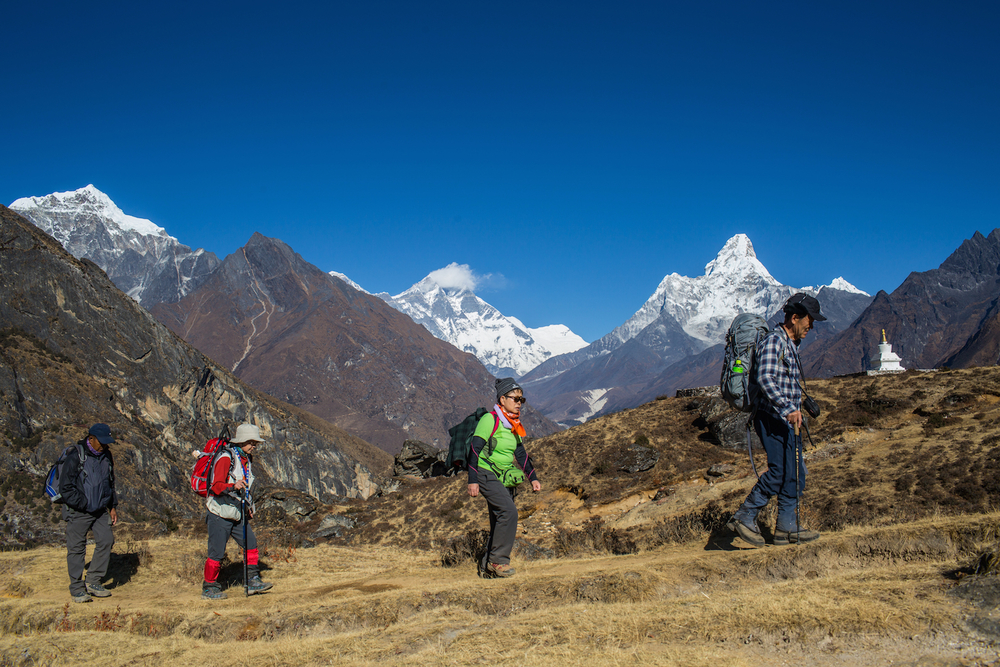 (TOP PHOTO: Buddhist monks perform a ceremony after a successful project to lower the level of the Imja Glacier Lake. CREDIT: Nabin Baral/IRIN)