PhD candidate at the International Institute of Korean Studies, University of Central Lancashire, and founding contributor at NK News

It has been a blisteringly hot summer for North Korea on two fronts. The world has watched it successfully test its intercontinental ballistic missile technology and its first hydrogen bomb, drawing widespread condemnation from the international community. But at the same time – and with far less fanfare – the country has endured one of its driest summers to date.

Contrary to what many fear, North Korean nuclear tests are not a prelude to the end of the world, but rather the latest episode of a familiar spectacle that Pyongyang’s propaganda machine broadcasts, year in and year out. North Korea’s weapons are real, but the flexing of its muscles – often understood as an imminent threat to neighbouring countries – is misleading. Its belligerent displays of force are exactly that – a show, to paper over the realities of a hungry and undernourished population.

But the sanctions that inevitably follow each missile test, including the latest raft from the United States on Tuesday, add to a deteriorating situation inside the Democratic Republic of North Korea, where faltering crops and a looming food crisis are endangering millions of lives.

North Korea views its nuclear power as the ultimate solution to the reunification issue and – no less importantly – a remedy to chronic economic malaise. The regime simply has no other feat to boast of to its own people. The display of new military might is not a declaration of war; it is what the current ruling elite must deliver to its own people to maintain the legitimacy of a military-first state. And in a military-first country, the leadership simply cannot be seen to under-deliver.

This is why daily government statements are replete with reminders of the regime’s Songun, or military-first policy, which places the Korean People's Army above all else. This is why North Korean media endlessly trumpet the message that newly acquired nuclear power is a deterrence against the United States, which the North Korean regime deems to be interfering with a 70-year overdue reunification process.

The real issue is that the regime needs the bluster of the missile tests to obscure the fact that the country is muddling through yet another year of hardships. While North Korea desires to be on an equal nuclear footing with the United States – and to drive American influence out of the Korean peninsula – the regime also desperately needs these shows of force to keep tensions high, while appeasing a population that is increasingly conscious of its own privations.

It is important to remember that the grand promises made during Kim Jong-un’s 2017 New Year’s address – in addition to the usual military bravado on which the world’s media was fixated – included assurances to ramp up and revolutionise agricultural production, boost industry, and improve people’s livelihoods.

But these lofty promises are far from the reality in today’s North Korea.

Humanitarian groups have been reporting for months that yet another emergency is brewing in the DPRK. UN agencies are warning that the coming weeks will bring less food and more dependency on aid.

In July, the Food and Agriculture Organisation warned that North Korea’s worst drought in 16 years was threatening crop production. Rainfall levels during the crucial months of April to June were well below the long-term average and even lower than precipitation levels for the same months in 2001, when cereal production in North Korea plummeted to then-unprecedented levels.

In a snapshot published at the end of July, the UN’s emergency aid coordination body, OCHA, reported that the North Korean government slashed food rations by 100 grams per person per day in the wake of drought-triggered crop failures. The 70 percent of the population that depends on government food rations must now make do with 300 grams per person per day – a sum far below North Korea’s stated target of 573 grams.

At present, the UN estimates that 41 percent of the population is undernourished. About 18 million people are food insecure. The UN’s most recent appeal calls for $114 million to target aid to 13 million people – meaning that half the country’s population will be in line for international humanitarian aid.

The latest worrisome sign of food shortages comes from Rimjin-gang, an organisation that provides inside reporting from the North Korean border areas. In July and August, photographs of emaciated North Korean soldiers along the Yalu River surfaced, along with reports of food shortages in army barracks. It’s a troubling sign, considering that the army usually takes precedence in food provision, as soldiers are regularly mobilised to supply manpower in agriculture, public construction, and flood relief action.

Against this backdrop, the North Korean government has honed its confrontational routine to stop one step short of conflict, at the point of maximum tension.

The regime has shown it is willing to undergo periodic economic embargoes to keep these tensions going. After a dozen UN Security Council resolutions over the last decade, the current leadership has learnt that the cost of sanctions can be split between more hardships for its population, Chinese aid, and, paradoxically, UN assistance.

This routine was on display again earlier in September, when the UN Security Council stepped in with a new round of sanctions after another missile test from North Korea. The new restrictions include vital items like oil and textile exports, as well as measures to curb revenue sources.

North Korea’s reply came just days later. On 15 September, North Korea fired another missile over the skies of Japan, far into the northern Pacific, suggesting that US territories like Guam were now within range of its new weapons. 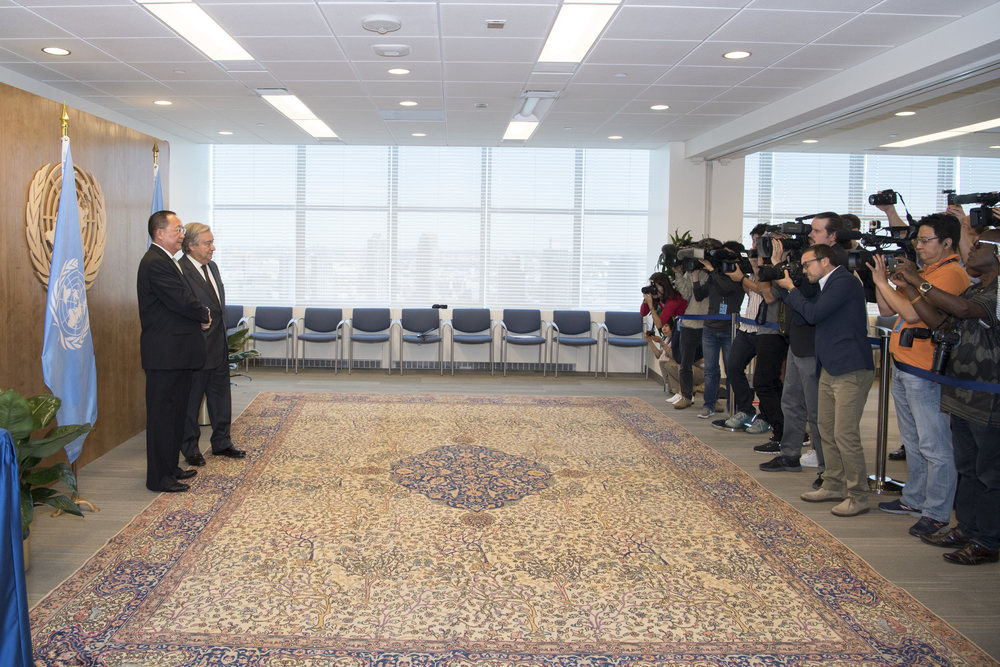 It’s part of a familiar cycle. Sanctions follow each escalation, tightening the grip on an already sluggish economy and deepening humanitarian needs.

Take the textile sector as an example: The industry is one of the few well-known sources of revenue for North Korea, and this is why it has been targeted. However, workers in this industry are almost exclusively female and from lower-income families; North Korea’s elite is not staffing its garment factories.

Depriving the North Korean regime of revenue will mean some financial loss for the leadership. But it will also provide another opportunity to blame the international community for the country’s predicament. This is hardly a new pattern. A CIA analysis published in 1991 and later declassified stated that “harsher economic conditions caused by sanctions would not necessarily threaten the regime. Rather, past practice suggests that the North would portray the sanctions as a warlike act and call for greater sacrifices to defend the country… the North might resort to more hostile actions, particularly if the embargo were to be enforced militarily.”

Even South Korea’s Ministry of Unification has said that sanctions will likely result in an economic downturn that will hit North Korea’s underprivileged the hardest. And while US President Donald Trump continues to engage in a war of words with Kim Jong-un, South Korea is clearly marking a division between politics and aid. The Ministry of Unification said last week it would provide $8 million in aid to North Korea, to be implemented by the UN.

Aid and sanctions: the high-wire act teeters on

This underscores the uneasy relationship between North Korea and the international community – particularly the UN.

The North Korean regime has carved itself a tenuous but protective niche between sanctions and aid dependency. The UN is now in the odd position of suppressing the North Korean economy with sanctions in an attempt to curb nuclear proliferation, only to immediately disburse aid to ameliorate the humanitarian problems those sanctions cause.

This nonsensical and counterproductive loop has to be broken. It is time for a discussion on the complete de-politicisation of aid, which has saved many North Koreans on one hand, but also rendered the country acutely dependent.

(TOP PHOTO: The UN Security Council on 11 September unanimously adopts a resolution condemning a nuclear test conducted by North Korea and imposing a raft of new sanctions on the regime. Mark Garten/UN Photo)