This article is part of our in-depth coverage. Read more like this...
DUSHANBE

On the northern tip of Sri Lanka, amid the limestone and palmyra groves of Jaffna, lie the graves of New England missionaries – graduates of Princeton and Harvard – who came to the city in the 1800s to build schools and health clinics.

They lived their entire lives with the local community in Jaffna. Their children died there – of diseases that could have been treated back home in America. Some of their wives never even made it, dying along the way on the treacherous boat journey.

Raga Alphonsus remembers them as true humanitarians, who served his home community in a way few foreigners could today.

I met Raga in the Tajik capital Dushanbe during the last of a series of consultations held around the world to find new ways to improve crisis response.

The consultations are part of the lead-up up to the World Humanitarian Summit, an initiative of the UN Secretary General to be held in Istanbul in May 2016. They bring representatives of local communities, like Raga, together with UN and government officials, NGOs, and members of the private sector and academia for an exploration of how to #ReShapeAid.

The numbers are impressive. Ahead of this eighth and final regional consultation, the WHS secretariat had consulted 23,000 people in 151 countries across multiple sectors in an effort to come up with recommendations to fix an emergency response system that many see as broken.

I asked Raga what he felt the process could do for his community. Organisers made a good effort, he told me, to give local people a voice in shaping the future direction of aid delivery in their communities. But ultimately, he asked, where will all this go so long as the international system has no real connection with the people it is trying to help?

But ask them how – in the real world – their own organisations will change and what ‘localisation’ means for them – and you don’t get much change of course.

Today’s aid workers are a different breed from those who came generations before. Humanitarianism has become a career, not just a passion. The machinery of security procedures, rotation schedules and salary scales is a distraction from understanding – and living – the realities of local communities. Today’s aid architecture – UN-led multilateral mechanisms driven from New York and Geneva – is also far removed from the ad-hoc and uncoordinated approach of missionaries past.

The $23 billion spent annually on emergency aid travels a circuitous route of sub-contracting (Donor - UN agency - international NGO - national NGO - community-based organisation) in which each actor in the supply chain takes a cut for overhead costs and influences the direction of the assistance – leaving the local people who are actually affected with little say and less money. Aid efforts are often inappropriate for the needs or culture of the communities they target, and sometimes they sideline them altogether.

Perhaps as a result of how far the pendulum has swung, one of the main themes to emerge from the WHS consultations is a push towards ‘localisation’ – in other words, an aid response that is more grounded in – and led by – local communities.

This shift would see external actors like the UN and big international NGOs – described by WHS secretariat chief Jemilah Mahmood as “arrogant” – support and enable communities to help themselves, rather than leading the response. It would see local communities have more influence in shaping their own futures. And it would see local capacity, tradition and approaches respected in aid delivery. 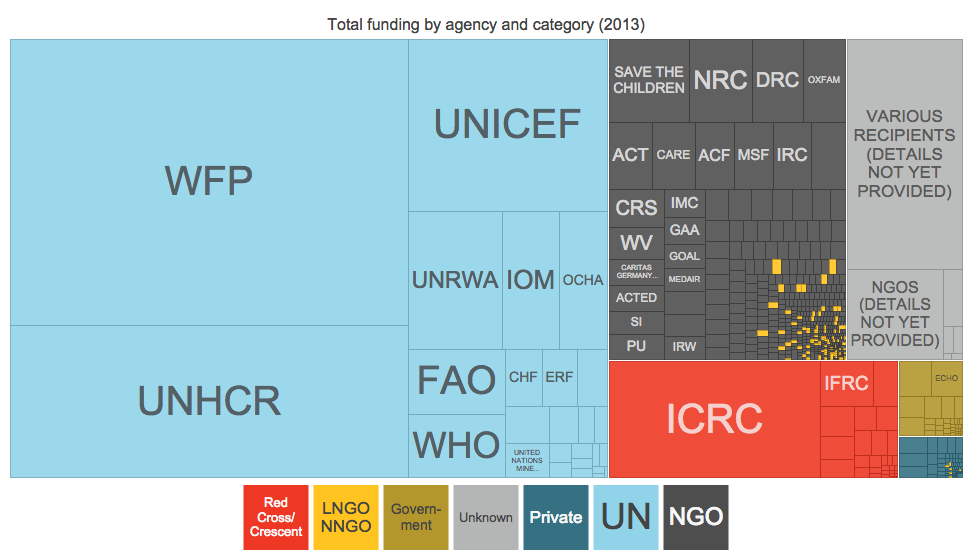 The summit holds the promise of bold new ideas to reform the emergency aid system. But ‘localisation’ isn’t radical. If anything, it’s simply going back to basics. The consultative break-out sessions I witnessed were in fact very pragmatic – participants even worded recommendations in a way that would be more likely to be accepted by governments.

Still, there have been some practical suggestions, for example that agencies invest in understanding what local capacity exists before a crisis, or that 20 percent of all humanitarian financing go directly to local NGOs.

These kinds of steps could significantly improve aid delivery if implemented.

Fair enough. But are the important actors really buying into this new philosophy? After all, localisation threatens the very existence of an entire aid infrastructure that has become entrenched over decades.

UN leaders promise they’re capable of this kind of shift.

“We are working at WFP as hard as we can to change an organisation that we know [needs] to provide more value for money, be more efficient, be more effective, have better partnerships,” Ertharin Cousin, the head of the world’s largest aid organisation, the World Food Programme, told me in an interview. “We can’t be afraid of change, as an organisation or as a humanitarian system.”

Kyung-wha Kang, the Assistant Secretary-General of the UN’s humanitarian coordination body, OCHA, gave similar signals when she told me that, in an ideal world, her organisation wouldn’t need to exist.

(See the highlights of both interviews here).

But ask them how – in the real world – their own organisations will change and what ‘localisation’ means for them – and you don’t get much change of course.

In OCHA’s move towards localisation, it has added a “workstream” for Communicating with Communities – piloted in the Philippines after the Haiyan disaster and rolled out again, rather successfully, in Nepal – which it now wants to incorporate into every one of its operations. It is also exploring how to give a bigger percentage of pooled funds directly to local NGOs.

WFP has moved towards distributing cash instead of food, giving families more choice in what to buy and supporting the local economy.

But these changes don't fundamentally change the power dynamics nor these organisations' internal structure. WFP doesn’t intend to shrink its workforce of 14,000, for example. 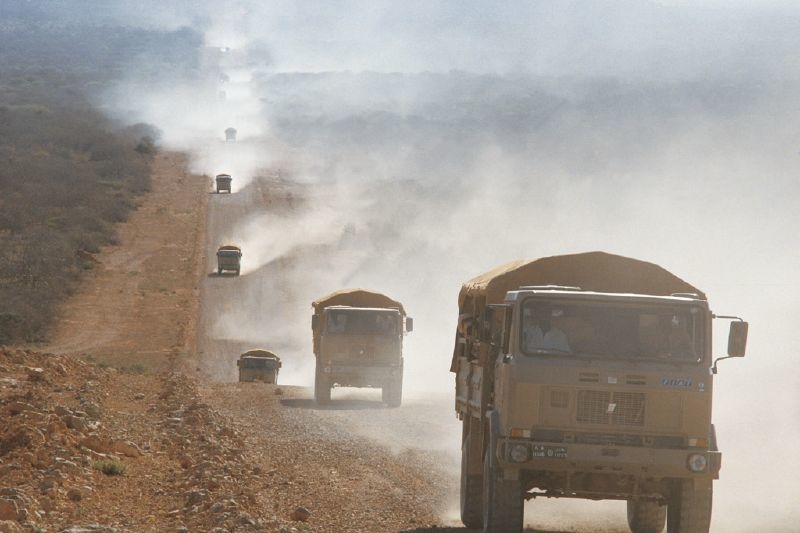 As a lawyer who advises organisations and companies on good governance and organisational structure told me, the UN has an inherent inability to reform.

Kang said it herself: “Every institution has an instinct to self-preserve, so every time there is a movement against that, of course there’s going to be resistance.”

The UN Secretary-General, meant to contribute “bold” ideas to the WHS process, has himself been “asleep at the wheel”, as one UN staffer put it. Even if he wakes up in time to try to turn this legacy project – likely his last before leaving office – into a success, he will need to convince his newly appointed Under-Secretary-General for humanitarian affairs, Stephen O'Brien – who will be steering the ship going forward – that big changes are worth the risk.

There is resistance too from international NGOs, who fear they could be cut out of the supply chain. It may also come from governments, who have yet to buy into the WHS process (UN member states will ultimately have to approve any major changes to the multilateral system). So far, governments have been largely on the sidelines of the WHS process, which – unlike most major UN frameworks – is intentionally not government-led.

Publically, they are supportive. “We are looking for solutions,” Abdul Qadir Baloch, Pakistan’s Minister for States and Frontier Regions, told the participants of last week’s consultation in Dushanbe. “You will give us the solutions we are looking for.” But privately, they are sceptical. One diplomat told me his government was intentionally staying out of the process to ensure it wouldn’t be bound by its outcomes.

Governments of developing countries in particular are wary of giving up control over humanitarian assistance, currently mandated to them under international law. According to one WHS facilitator, a ministry official from a South Asian country intimated so much in one of the break-out sessions, saying: “You have no power in your hands, so what are you even talking about?”

By the last day, participants were ready to point to the elephant in the room. “How can we ensure a true multi-stakeholder WHS if governments insist on remaining in full control and are not willing to delegate responsibilities to other actors?” one participant asked during a plenary session.

Localisation doesn’t only threaten the aid system, it threatens the entire political order. “Is the Global North willing to give control to the Global South?” another participant asked.

The answer may well be no, but for Mahmood, the summit will at least make such hypocrisy visible for all to see. In her words: if no action follows the recommendations that emerge from the summit, the lack of leadership will be exposed.

But even if the recommendations come to nothing, one thing does remain. The process itself has been cathartic. These consultations have forced the UN to face criticism – publicly, consistently – and it hasn’t shied away. Organisations have started looking inward and doing some soul searching about – among other things – just how different today’s humanitarianism has become.

For Mahmood, if the summit can “reignite this humanity that we’ve kind of lost,” that will be something of a success. Perhaps for Raga and the people of Jaffna as well.