Staff at a US-based non-profit have received death threats linked to erroneous claims about its work on digital ID in a case propelled by the tide of misinformation over coronavirus and false accusations against Bill Gates.

The head of the World Health Organisation, Tedros Adhanom Ghebreyesus, has warned that false and fringe ideas can undermine international efforts to contain the coronavirus pandemic and sow panic, confusion, and division.

Research by the Reuters Institute for the Study of Journalism found that the largest category of COVID-19 misinformation involves “public authorities, including government and international bodies”. Social media platforms have made commitments to remove the worst misinformation and provide free placement to the WHO and other official sources. A recent addition to WHO’s series of “mythbusters”, for example, debunks false claims about 5G.

In a matter of weeks, ID2020 has gone from niche international policy operator, to the subject of thousands of hostile media postings, to having to call in the FBI.

The results of being caught up in COVID-19 conspiracy theories, meanwhile, can be dramatic.

In a matter of weeks, ID2020 – which advocates for digital ID for the billion undocumented people worldwide and under-served groups like refugees – has gone from niche international policy operator, to the subject of thousands of hostile media postings, to having to call in the FBI. Here’s how.

A public-private coalition – members include representatives from Microsoft and Accenture as well as NGOs, academia, blockchain firms, and others – ID2020 is advising the government of Bangladesh on a vaccination records system.

The non-profit, which does not work on embedded microchips, is falsely accused of being part of fictitious plans that allege Bill Gates supports mandatory vaccination and the implantation of microchips or “quantum dot tattoos” into patients.

The claims about Gates have been debunked by fact-checkers at Reuters, but ID2020 is not listed in the leading database of COVID-19 debunks.

(Disclosure: The Bill and Melinda Gates Foundation is one of several funders of The New Humanitarian.)* 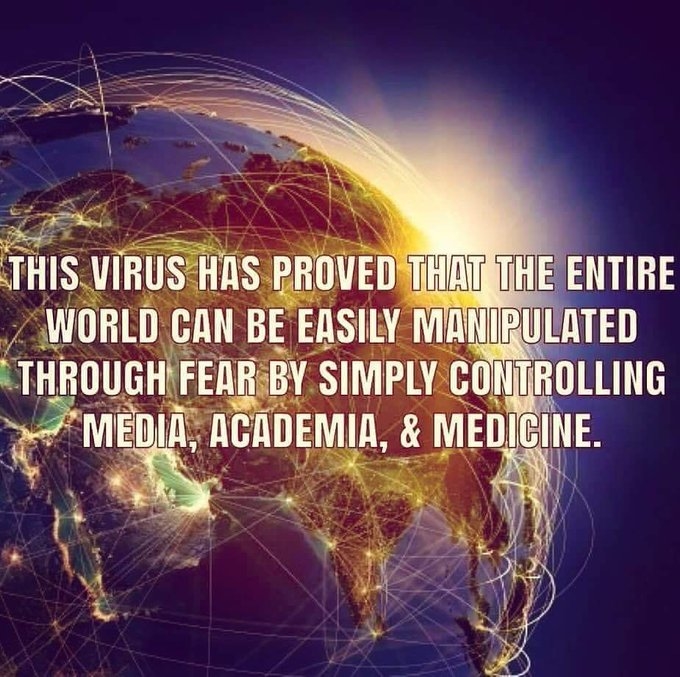 Since mid-March, the outfit, which had an income of $1.4 million in the 2017 tax year, has been mentioned alongside false claims about Gates and COVID-19 in tens of thousands of social media postings, videos, and memes, amplified to millions after being shared by members of impassioned communities.

The ID2020 theory attracts attention, for example, from adherents of the QAnon conspiracy, the “alt-right”, objectors to 5G telecommunications, and Christians considering apocalyptic prophecies such as the “mark of the beast”.

Asked by TNH about the Gates and ID2020 conspiracy, Tedros praised the “extraordinary commitment” and sincerity of Bill and Melinda Gates and thanked them for their contribution.

In a telephone interview with TNH, Gruener, the ID2020 CEO, said it had been a “wild ride” and she was “mystified”, adding: “I don’t know who’s behind this.” Gruener could, however, trace the beginnings of the firestorm back to October 2019.

A 23 October monologue by Alex Jones on the InfoWars website falsely alleged that an ID2020-linked pilot project was implanting “chips” into homeless people in Texas – he refers to an article that appears to misinterpret the word “biometric”.

Jones is banned from several social media platforms for his misleading claims and is “almost certainly the most prolific conspiracy theorist in contemporary America”, according to the US watchdog the Southern Poverty Law Center.

The Jones monologue referred to a September press release in which ID2020 announced its largest ever venture – alongside the vaccine alliance Gavi – advising the Bangladesh government on its immunisation records. The statement also mentioned the Texas pilot project. In Bangladesh, it announced that the government would create a database of children’s immunisations linked to their parents’ biometric information – most likely a digital fingerprint.

The implementation of ID and biometrics in developing countries can attract real controversies, and the initiative may yet run into criticism for things it really does mean to do: ID2020 also plans trials of biometric recordkeeping of children, including babies.

As reported by TNH last year, the technology for infant biometrics is not fully mature, and raises practical and ethical questions.

How ID2020 got sucked into COVID-19 conspiracy theories

According to Gruener, the flurry of chatter started by Jones – who has long promoted rumours of plans to microchip the public – died down in October but re-surfaced recently in much greater strength amidst the flood of COVID-19 misinformation.

An 18 March Q&A by Gates on the website Reddit provided fuel for the conspiracists: he said digital certificates could be used to prove future COVID-19 vaccination status. This was linked, without evidence, by commentators to the possibility of implants and a range of much wilder hypotheses.

Gruener said ID2020 would not consider chips or “implantables” because they could be used without the user’s consent. For the same reason, it does not support facial recognition, she said. Gruener insisted that ID2020’s vision is “the opposite” of “deeply frightening... Orwellian” large-scale surveillance systems. ID2020, she said, is trying to put the individual in charge of their data, and allow them to use digital certificates as credentials, for example for driving or for professional qualifications or vaccination records.

Online searches for ID2020 spiked in March, according to Google Trends, showing that the name had started to percolate. A YouTube video describing the made-up plans as Satanic and posted on 21 March has racked up 1.8 million views.

News articles about ID2020, almost all negative, also picked up, according to monitors GDELT and Media Cloud. Multiple petitions have also been mounted against ID2020, including one – which repeats false accusations – on the White House website. Others, but not all, have been removed by petition website operator Change.org. YouTube, TikTok, Pinterest, Instagram, Twitter, and Facebook all carry significant amounts of videos, memes, and false allegations against Gates and ID2020.

According to the Reuters Institute study, Facebook and YouTube had taken down about three quarters of the misinformation found to be false by fact-checkers in its sample. Twitter had only removed 31 percent.

TNH analysed a sample of 58,000 tweets and retweets mentioning ID2020 between 31 March and 12 April and found at least 50 percent mentioned Gates (he has no direct relationship with ID2020 although Microsoft – the tech giant he co-founded is a member) or other conspiracies. A single tweet by one alt-right reporter was retweeted by people with a collective following of nine million. Hundreds of negative or politicising hashtags were used, ranging from #5G and #plandemic to #markofthebeast. About half the postings with hashtags used a negative hashtag.

Is there anything to it?

The accusations against ID2020 are clearly false but, as with much misinformation, grains of truth in the conspiracy theory are being spun into the bigger lie. A couple of examples:

A recent experimental study, seized upon by the conspiracists, describes a skin patch used on rats that delivered a vaccine and a “quantum dot” at the same time. The tiny tattoo only becomes visible under a near-infrared light. The authors suggest the technology could be useful “in the developing world” for “intradermal on-person vaccination recordkeeping”. The experiment was partially funded by the Gates Foundation. Its abstract has been viewed tens of thousands of times on a science journal’s website.

Some of the “alt-right” commentary focuses on a “UN plan”: that may refer to the UN’s Sustainable Development Goals, which include a target to “provide legal identity to all, including birth registration, by 2030”. It makes no mention of digital or biometric technology.

Gruener told TNH she saw ID2020 as collateral damage for conspiracy theorists: “We are part of a bigger vortex.”

Graphic shown in header image is an undirected network graph of co-occurring hashtags in tweets about ID2020.