Oxfam faces a $160 million counter-terror claim in a New York court. The case, brought by a pro-Israel lawyer and activist, alleges that the NGO contravened US law during its work in the Palestinian territory of Gaza.

The lawyer behind the case told The New Humanitarian he has filed five other similar cases, which remain under seal in the US courts.

The seven-page filing claims that Oxfam should have acknowledged the Gaza project when signing other grants with USAID, the US federal government department that administers aid and development projects, amounting to $53 million.

The agriculture project was largely funded by the Swiss government and the USAID grants mentioned include projects in Iraq, Ethiopia, and the Philippines. Under the alleged offence, the other USAID contracts don’t need to be related to the alleged material support; what matters legally is that Oxfam signed agreements to receive US government monies.

In response to questions, Oxfam emailed TNH a statement saying, “Oxfam takes such matters extremely seriously. We are aware of the lawsuit and reject the allegation made in it." 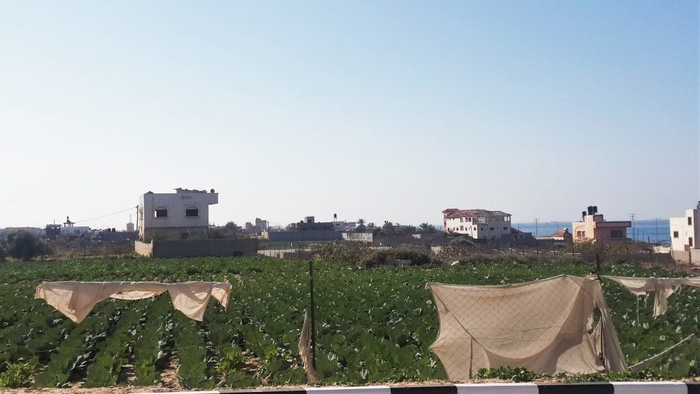 Similar cases, but ‘no precedent’

The Zionist Advocacy Center has successfully brought two lawsuits against other non-profits, leading to financial penalties on similar grounds of failure to disclose material support, but at a more modest scale. Another related case, against the Carter Center, was dismissed.

The cases are based on the fact that USAID grant agreements contain a clause in which the grantee provides assurances that it does not provide support to terrorism or US-designated terror groups – signing the contract and failing to disclose contravenes the US False Claims Act.

In a case against Norwegian People’s Aid, the US government joined with Abrams to prosecute. Against claims of some $90 million, the case was settled by NPA with a payment of $2.02 million.

In the Oxfam case, the government has left its options open – it can dismiss the case, according to Department of Justice guidance, but has chosen to allow Abrams to proceed without committing itself, rather than joining as a co-plaintiff at this stage.

Abrams declined to speculate on the reasons. He told TNH he intended to pursue his “meritorious” case, which he described as “reasonably strong”, but added, “it’s more difficult to prevail in these cases if the government declines.”

Abrams also alleges that Oxfam’s involvement indirectly benefits the Palestinian Authority, which governs the West Bank, and that that too could represent support for terrorism, even though the PA is not designated as a terrorist group by the United States. The case alleges that the PA “facilitates” terrorist acts as it provides financial support to the families of Palestian “martyrs”.

The PA gives cash transfers to Palestinian families of those killed and injured in the conflict with Israel, including some people who have killed Israeli civilians. In March 2018, the US Congress passed a law that cut funding to the PA over the payments.

Abrams agreed that he is testing the limits of the law’s applicability. “This is all very new,” he said. “There’s no precedent.”

Critics say Abrams’ legal technique amounts to “lawfare” and has already had a chilling effect on humanitarian response in the occupied Palestinian territories, where the UN says some 2.5 million people are in need of aid.

Joel Charny, US executive director of the Norwegian Refugee Council, said “attacks spearheaded by Abrams and other groups must be seen in the context of the overall dehumanisation of the Palestinian people and efforts to delegitimise Palestinian institutions.

“[While] the threat to the NGO sector is real and concerning, it is the people of Palestine who as usual bear the brunt of the impact.”

Israel severely restricts trade and movement in and out of Gaza, and its border crossing with Egypt is mostly closed. The enclave, which has been governed by Hamas since 2007, is heavily reliant on aid, with food security precarious and the economy collapsing.

In a Twitter thread, Lara Friedman of the think tank Foundation for Middle East Peace said the attempt to define working with the PA as support to terrorism would be an attempt at “tarring” all agencies that engage with it. She wrote: “the entire humanitarian/civil society sector is in the crosshairs.”

Charny said, “the attempt to loop in the Palestinian Authority is on the one hand quite radical, but… it is the logical consequence of the relentless effort [in US politics] to delegitimise and ultimately erase Palestinian institutions and de facto the Palestinian identity itself.”

Asked if the potential success of his action was fair or proportionate – it could potentially take resources from Oxfam’s humanitarian work across the world – Abrams said Oxfam was large enough to withstand the penalty. He said he thought it unlikely the case would be “serious enough to cause major damage to them,” but he wanted to “get them in compliance”.