Revived attempts to resolve one of the world’s least known conflicts will resume in Geneva this week as representatives from Morocco and the Polisario Front attend roundtable talks to discuss the future of Western Sahara, often referred to as the last remaining colony in Africa, and home to tens of thousands of refugees.

The UN’s refugee agency, UNHCR, estimates that more than *170,000 of Western Sahara’s indigenous Sahrawis now live as refugees in camps in Algeria’s Tindouf province, although Morocco says the number is only around 40,000. The people of Tindouf are almost entirely dependent on international aid for food, water, education, and other necessities.

Many are cut off from family members by a 2,700-kilometre wall that divides the two thirds of Western Sahara controlled by Morocco – which contains most of its settlements and natural resources – from the sparsely populated desert interior held by the Polisario.

The result of the talks on Thursday and Friday could spell out the future of the United Nations Mission for the Referendum in Western Sahara, or MINURSO, established as part of a 1991 ceasefire that promised a vote on self-determination within one year, including the option of full independence.

The two parties met face to face for the first time in six years in December, sitting alongside Algeria and Mauritania in informal talks that the UN’s envoy for Western Sahara, Horst Köhler, called a “first – but important – step” to rebuilding a fragile peace process that has yielded little since it began decades ago.

Appointed envoy in 2017, Köhler, the former German president, has been working to achieve the political settlement that eluded his three predecessors. Each were unable to reconcile the positions of Morocco and the Algeria-backed Polisario, which considers itself the liberation movement of the Sahrawi people.

Morocco partly annexed Western Sahara in 1975, following the withdrawal of Spanish colonial forces. That violence pushed tens of thousands of Sahrawis to flee to refugee camps in western Algeria, from where the Polisario fought a guerrilla war backed by Algeria and Libya until a UN-brokered ceasefire in 1991. 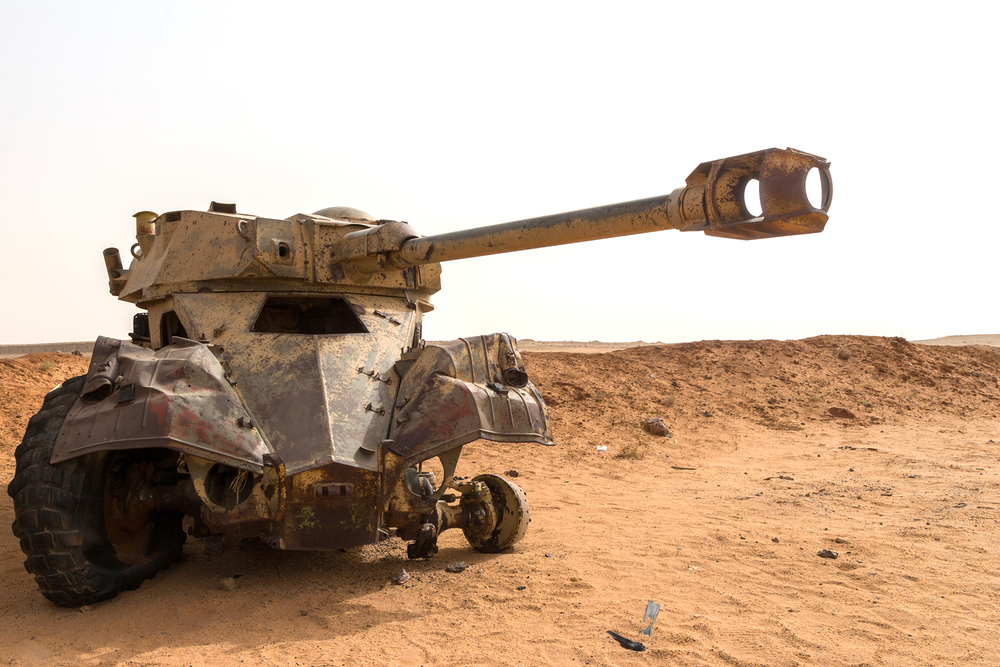 Ruairi Casey/IRIN
Wreckage from the 1975-1991 Saharan war sits outside a museum in the camps.

Over a quarter-century later, MINURSO peacekeepers still have a presence in the Western Sahara, but the parties are no closer to a vote, which is often called the “final status referendum”. The conflict is mostly a cold one, although there have been occasional dust-ups, including heightened tensions when then-UN secretary-general Ban Ki-Moon referred to Morocco’s presence in the Western Sahara as an “occupation”.

No other country recognises its claim over Western Sahara, but Morocco considers the territory an inviolable part of its national identity and has steadfastly refused to consider anything more far-reaching than greater autonomy within the kingdom. “Self-determination, in Morocco’s view, is done by negotiation,” Moroccan Foreign Minister Nasser Bourita said after December’s talks. “A referendum is not on the agenda.”

In April last year, the Security Council began to renew MINURSO’s mandate for six months, half the usual year. US National Security Advisor John Bolton, who has been a key player in recent efforts to jump-start diplomatic negotiations, has taken credit for the switch to six-month mandates, saying in December the change was intended to ratchet up the pressure on both parties to talk.

Bolton, who worked as an assistant for then envoy James Baker between 1997 and 2000, has maintained a keen interest in the conflict, bolstered by a career-long disdain for costly UN missions and what some observers regard as sympathy towards the Polisario.

In December, Bolton told an audience at the Conservative think tank The Heritage Foundation that he was “frustrated” at the lack of progress made over the past years.

“Ladies and gentlemen, 27 years of deployment of this UN peacekeeping force, 27 years and it’s still there?,” he said. “How can you justify that?”

The European Parliament’s approval last month of a trade deal with Morocco that included Western Sahara’s fishing waters added to the animosity between the parties, especially as it contravened a ruling by the European Court of Justice last year.

The parliamentary green light infuriated the Polisario, which said the EU had violated international law and jeopardised the peace process.

“27 years of deployment of this UN peacekeeping force, 27 years and it’s still there? How can you justify that?”

But the key question in Geneva will be whether Morocco is willing to budge towards a power-sharing arrangement the Polisario might accept – from its current plan of keeping Western Sahara as part of the country, with some autonomy.

Securing such movement is likely to be a challenge, Jacob Mundy, associate professor of peace and conflict studies at Colgate University and an expert on the Western Sahara, told IRIN.

Mundy said the current Moroccan plan “seems woefully insufficient to attract interest from Polisario, especially because it says nothing about a final status referendum”.

But he added that Bolton’s shake-up could bring a welcome change of dynamic in a conflict that has changed little since the early 1990s.

“The game might now be to see how much this actually works to get the parties to really discuss substantive issues on a political solution,” said Mundy.

(*An earlier version of this story incorrectly stated that the UNHCR figure was 90,000. This has now been updated)