The closest government-run health clinic is more than an hour’s drive from the village of Bhagwal, in Pakistan’s Punjab province, but for expectant mother Mehreen Bibi, it might as well be a world away.

Pregnant with her second child, the 24-year-old can’t afford the roundtrip fare or the thousand rupees – about $15 – it would cost to see a gynaecologist. Instead, she relies on a free NGO-run health clinic in her village. But for the past two months, she’s been waiting for a doctor who never arrives.

After a difficult pregnancy a year ago, Bibi wants to consult a doctor to see if it’s safe to deliver her second child. But funding shortages have forced the village clinic to cut key staff and services: no more ultrasound facilities, no more ambulances, and as of six months ago, no more gynaecologists.

“This centre was catering to the needs of poor patients, especially pregnant women, but now the doctors don’t visit,” Bibi said, cradling her first child on her lap.

Local NGOs say the cutbacks are an immediate example of how a growing government crackdown on the aid sector is impacting the country’s most vulnerable.

"The majority of pregnant women now rely on untrained midwives for deliveries. That is unsafe and dangerous"

Pakistan’s government has slapped punitive taxes on NGOs, threatened to shut down international organisations that don’t meet opaque new registration requirements, and launched a separate graft investigation across the sector. International NGOs work in key sectors including disaster response and health in places like Bhagwal, where government services don’t always reach. Advocates warn that millions of people across the country could face new risks.

The volatile environment has forced many local NGOs dependent on donor funding to claw back their services, says Syed Kamal Shah, who heads Rahnuma, the family planning NGO that runs the free health clinic in Bhagwal village. Shah says his organisation can only accept funding from international NGOs whose registration has been approved by the government. But with only half of the 139 international NGOs in Pakistan so far granted approval, funding sources are increasingly limited.

“This is impacting thousands of [our] beneficiaries in remote areas of the country, but we are helpless,” Shah told IRIN.

In December, Pakistan’s Ministry of Interior rejected registration applications for more than 20 international NGOs – a group including prominent organisations like ActionAid, Plan International, Marie Stopes, and World Vision, which have programmes covering disaster response and preparedness, displacement, health, and education. The groups were given 60 days to shut down, but the government allowed the NGOs to keep working pending an appeal period set to expire at the end of March.

The government says it is regulating organisations that have overstepped their mandates. But the affected international NGOs say they’ve not been told why registration applications have been rejected.

Nargis Khan, who works for the Pakistan Humanitarian Forum, which represents 63 international NGOs in the country, including 11 that had their registrations rejected in December, urged the government to make the ongoing appeal process “fair and transparent”.

Khan says the 11 organisations alone represent $124 million in donor funding committed to Pakistan this year. She said the money fuels vital health, education and other programmes that reach 8.7 million people around the country – services that could be lost if the aid groups are kicked out.

“All this may come to a halt if the government does not change its attitude toward the foreign aid organisations,” she said.

Critics see the government’s moves against NGOs as part of a larger crackdown targeting civil society.

In 2015, Pakistan shifted oversight of NGOs from the Ministry of Finance to the Ministry of Interior, which oversees immigration and security. That same year, it forced Save the Children, which has responded to disasters across the country, to temporarily suspend its operations. Last year, Médecins Sans Frontières said the government offered no explanation when it forced the group to withdraw from the country’s Federally Administered Tribal Areas, where it had been providing emergency healthcare to tens of thousands of people each year for 14 years.

“The space for working in a free environment is fast shrinking as the government has started seeing the operations of all NGOs and INGOs through a security lens only,” Tahseen told IRIN.

Muhammad Amir Rana, security analyst and director of the Islamabad-based Pak Institute for Peace Studies, said the government’s moves are meant to punish organisations perceived as criticising human rights in Pakistan. He believes the government’s aim is to pressure some NGOs to leave the country.

“It will only bring embarrassment and shame to Pakistan if the INGOs are forced to wind up their operations," he said. 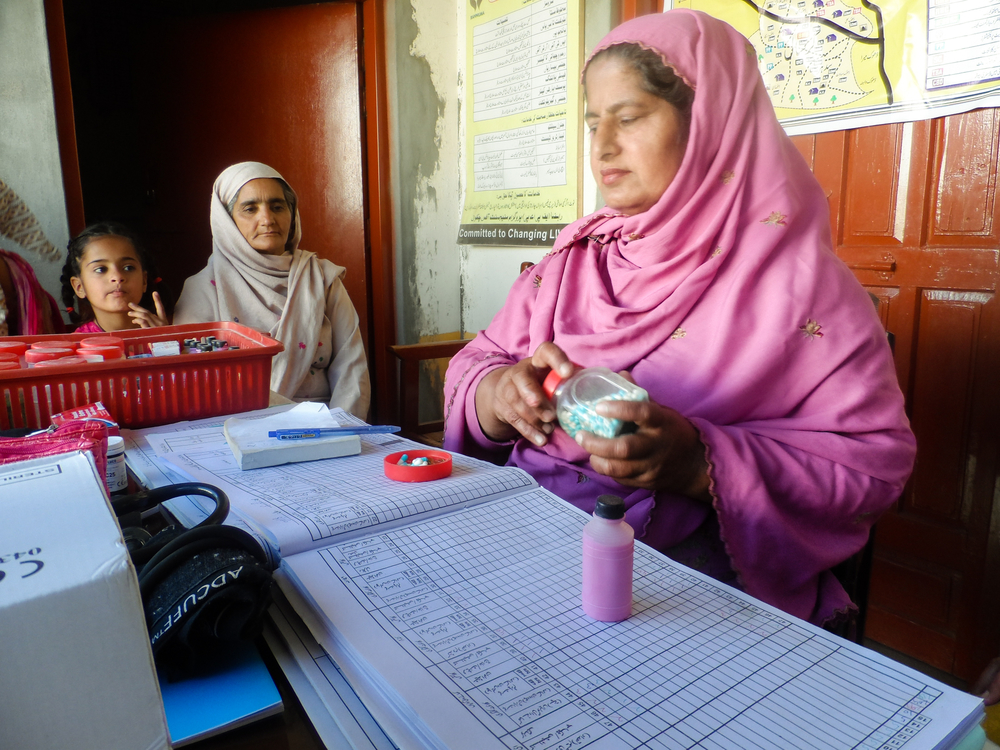 Aamir Saeed/IRIN
Samia Naz worries about the impacts of NGO service cuts on rural women in her area.

For now, local NGOs are continuing to work amid the funding uncertainty. Back at the clinic in Bhagwal village, health worker Samia Naz has taken on daunting new responsibilities.

On a recent visit, Naz checked a patient’s blood pressure while several other women sat waiting on a wooden bench.

Naz fears the recent funding cuts will soon have a devastating effect on women from the dozen nearby villages who depend on the small two-room clinic.

“The majority of pregnant women now rely on untrained midwives for deliveries,” she told IRIN. “That is unsafe and dangerous.”

The clinic, she said, usually performs six to eight deliveries each month. Without a doctor, however, the responsibility now falls to her — even though she hasn’t been trained to carry out safe deliveries.

“Mothers come to me for help and I cannot turn them away,” she said.