Turkey has expelled four Syrians working for a Danish aid agency, a new move in a crackdown on international NGOs, IRIN can now report. Their destination: Khartoum, Sudan, 3,000 kilometres away. No aid agency has previously confirmed deportations of Syrian staff from Turkey. The destination of Sudan was chosen to avoid a dangerous return to Syria, the NGO told IRIN.

In a statement, DanChurchAid (DCA) said the staffers’ lives “would have been in imminent danger” had they been deported to Syria. The staff, one woman and three men, had been detained for two months. The DCA operation was shut down by Turkish authorities after failing to get formal registration. It’s one of several NGOs using Turkey as a base for operations in Syria that have also been closed and their staff laid off.

The Danish NGO reported that “the four Syrians were released on the condition that they leave Turkey”. Another five DCA non-Syrian staff had already been expelled to their home countries, while another Syrian was able to travel to Germany on an existing visa.

Lisa Henry, humanitarian director of DCA, told IRIN the Sudan option was not Turkey’s decision. It emerged from a limited range of choices, she said, but added: “anything is better than detention or being sent back to Syria.”

Henry said DCA was fulfilling its duty of care as an employer with the provision of legal representation on behalf of the staff, payment of salaries until the end of June, and offers of counselling if requested. The NGO would be open to re-employing the staff in other countries, Henry said. However, DanChurchAid does not have an office in Sudan.

Sudan may seem an unlikely safe haven. Its own internal conflicts have created some four million displaced people, and the regime is accused of widespread human rights violations and led by President Omar al-Bashir, a man wanted for war crimes by the International Criminal Court.

Nevertheless, according to the Khartoum authorities, by October 2016 at least 100,000 Syrians were living in Sudan. Key to its popularity: Sudan is almost unique in not requiring a visa for Syrian nationals. As previously reported by IRIN, most Syrians in Sudan are not treated as refugees and can generally study and work legally.

Turkey hosts up to three million Syrian refugees, more than any other country. For much of the war, it kept its borders open to Syrians fleeing the conflict. It has provided protection to Syrians, and spent billions of dollars on their support. But it has also expelled some Syrians – according to Amnesty International, at a rate of 100 per day. However, until now, no expulsions of Syrian aid workers had been publicly reported and was rare. An official with US-based Mercy Corps, for example, one of the largest NGOs to be shut down, told IRIN none of its staff had been expelled.

The deportation of these four Syrian aid workers sets  a “dangerous precedent” for other Syrians, according to a humanitarian analyst familiar with the issues. Turkey has expelled non-Syrian aid workers before, but as they could return safely to their home countries, while unfortunate, it wasn't “such a big deal”, the analyst said.

While DCA had made efforts to comply with Turkey’s regulatory regime, the organisation, like others, effectively operated in a “grey space”, the analyst said. Several international NGOs have been caught up in this year’s crackdown, and hundreds of Syrian staff have been laid off.

Berk Baran, deputy permanent representative at the Turkish mission to the UN in Geneva, had earlier blamed the expulsions on NGOs not following the proper procedures. “If the channels are open and you are being told what you have to do, then it is very simple,” Baran said. “A government expects you to abide by its regulations.” 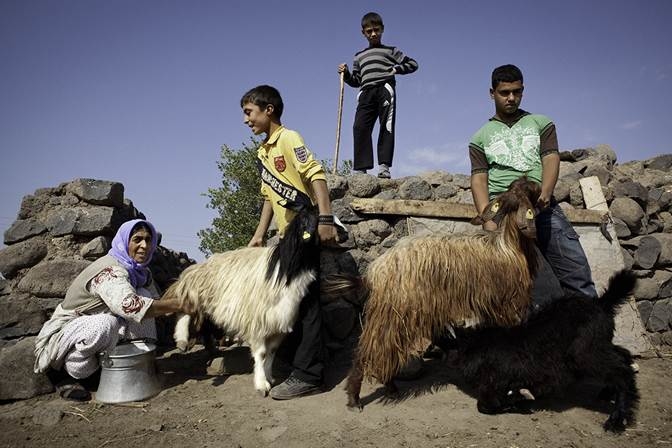 DCA’s Henry said it had been “extremely frustrating” trying to get legally registered in Turkey – “we want to follow the rules” – and then to deal with the arrest of staff, the sealing of its office in Gaziantep, and the subsequent legal tussle.

The $5 million DCA humanitarian operation in Syria, which includes education programmes about the risk of landmines and other unexploded weaponry as well as cash distributions to address immediate needs, will continue, Henry said, but managed from elsewhere.