TACLOBAN, Philippines
When Typhoon Haiyan smashed into this city in the central Philippines almost three years ago, Arsenio was one of the lucky ones – he survived by swimming a kilometre to safety.
“Every time there is a storm, I get scared, even after three years,” he said. “I don’t want to go through the same thing again.”
And yet, there is a good chance he will. The archipelago nation is regularly rocked by storms that are predicted to get stronger and more frequent due to climate change. And the 67-year-old shopkeeper is still living in the same place: the Seawall barangay (neighbourhood), which is strung along the coast of the city of Tacloban.
“I am pissed off,” said Arsenio, who declined to give his last name. “I have not been offered any sort of relocation by the government, even in a transitional centre.”
After Haiyan – one of the strongest tropical cyclones ever recorded, and one that destroyed more than a million homes and killed more than 6,000 people – the government promised to “build back better”. The strategy included relocating people away from coastal areas that are almost sure to be hit again.
The plan has so far been a failure, at least in terms of numbers.
In the aftermath of one of the worst natural disasters ever to hit the Philippines, the government of then president Bignino Aquino III committed to building 205,000 homes to accommodate around one million people living in coastal danger zones.
Last week, Vice President Leni Robredo, newly installed as head of the Housing and Urban Development Coordinating Council – an umbrella organisation overseeing various government housing agencies – admitted that only around one percent of the target had been achieved.
“The report reaching us is that only 25,000 were completed,” she said at a press conference. “From the 25,000 that were completed, 2,500 were occupied.” 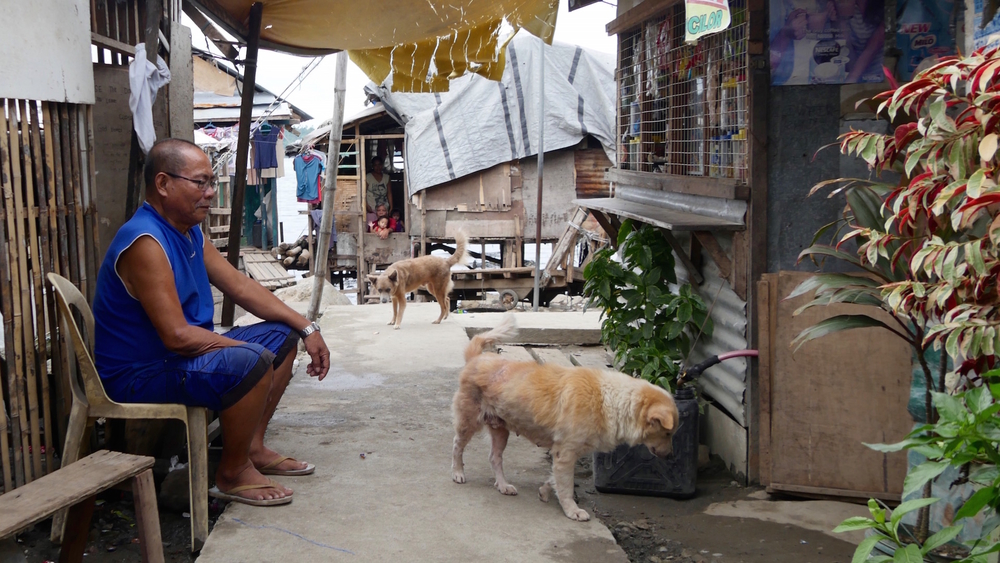 As the third anniversary of the Haiyan disaster approaches on 8 November, hundreds of thousands of people in the Philippines, including tens of thousands in Tacloban, continue to live in areas the government has designated as “no dwelling zones”.
They include residents of Seawall who, like Arsenio, rebuilt their homes after the storm. They are shacks made from what could be found in the wreckage or was donated by charities – plywood, sacking, and corrugated iron. Some jut out into the sea, supported on stilts, and are connected to the land by single wooden boards.
Joyce Sierra, advocacy officer at Social Watch Philippines, said many survivors of Typhoon Haiyan – known locally as Yolanda – had to rebuild their lives with little or no assistance, which pushed them deeper into poverty. “They are even poorer and even more vulnerable now, even three years after Yolanda,” she told IRIN. 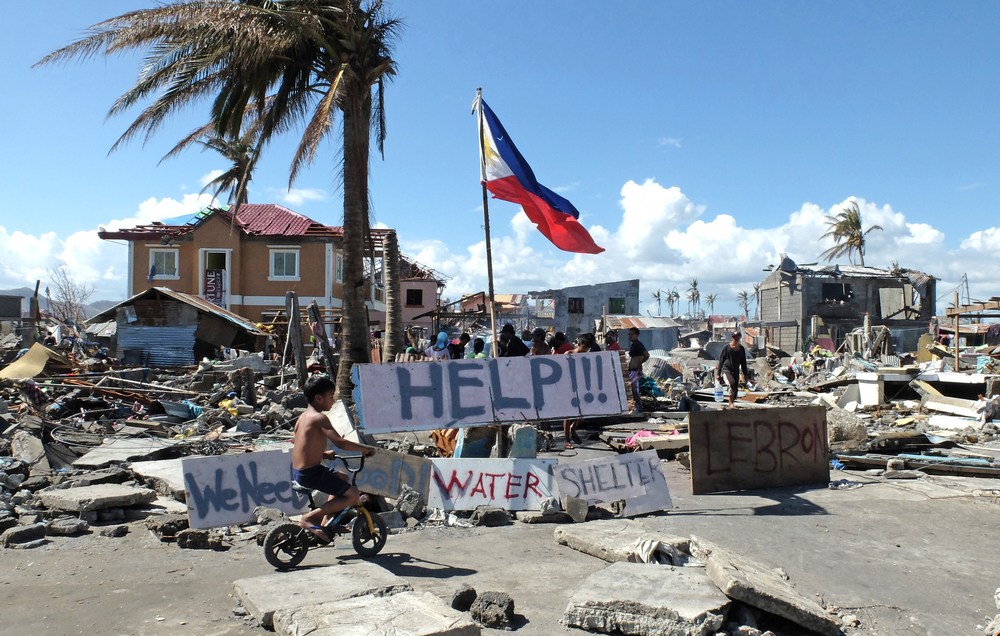 Jason Gutierrez/IRIN
Devastation in the city of Tacloban after typhoon Haiyan
Robredo blamed the lack of progress on “red tape”, particularly the processing of documents and land titles for sites where homes were to be built. She has said she will coordinate with the Commission on Audit and the National Economic Development Agency to see if the bureaucracy can be reduced.
The slow grind is frustrating for people like Glenda Nibasa, a housewife living in Tacloban’s flood-prone Picas barangay. As she waits for the government to provide her with a proper home, she’s living in a temporary shelter provided by the NGO World Vision.
"If the government wants to help us, why are there so many processes? Why won’t they just help us?” she asked.

But constructing new homes is not the end of the problem.
Even survivors who are offered the chance to relocate sometimes decide against it, because the inland safe zones are far from their where they work – usually in the fishing industry. They also fear the new homes are a step down in terms of quality of life.
“We declined because the area is far from our livelihood and we heard the water was not good,” said Marissa Trebajo, who sells fish at the Seawall market to support her four children. 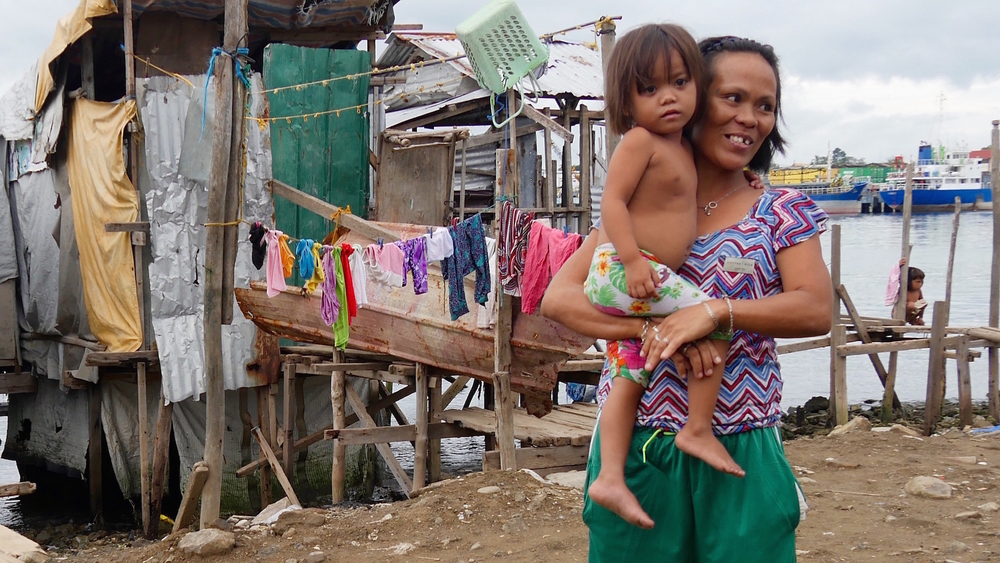 David Doyle/IRIN
Marissa Trebajo stands with one of her children outside her home in the Seawall neighbourhood
Ildebrando Bernadas, head of the Tacloban city government’s disaster risk reduction and management office, acknowledged that there is a problem with water supply and said it was because no national agency had been assigned to the problem.
Plans are now being drawn up to provide a water supply to Tacloban’s relocation “township” in the north of the city.
Bernadas also said Haiyan survivors’ concerns about their livelihoods were being addressed, and employment and training provided – though it could not be guaranteed that those being relocated, mostly fishermen, would be able to continue with the same job.
“Actually, those that are now resettled permanently, that was also their sentiment: ‘We don’t want to move because our lives here, we are fishermen, etc’. But now they are there, they feel happy about it,” he said.
dd/jf/ag
(TOP PHOTO: The Seawall neighbourhood in Tacloban was rebuilt after Typhoon Haiyan. CREDIT: David Doyle)