With ongoing violence and peace talks on fragile ground, Yemen’s population faces a new threat: the World Food Programme has warned that a funding shortfall may soon force it to halt operations in the country.

“We are on the edge,” WFP’s country director in Yemen, Purnima Kashyap, told IRIN. “By July we will have no resources available and will not be able to deliver [food] starting in August.” 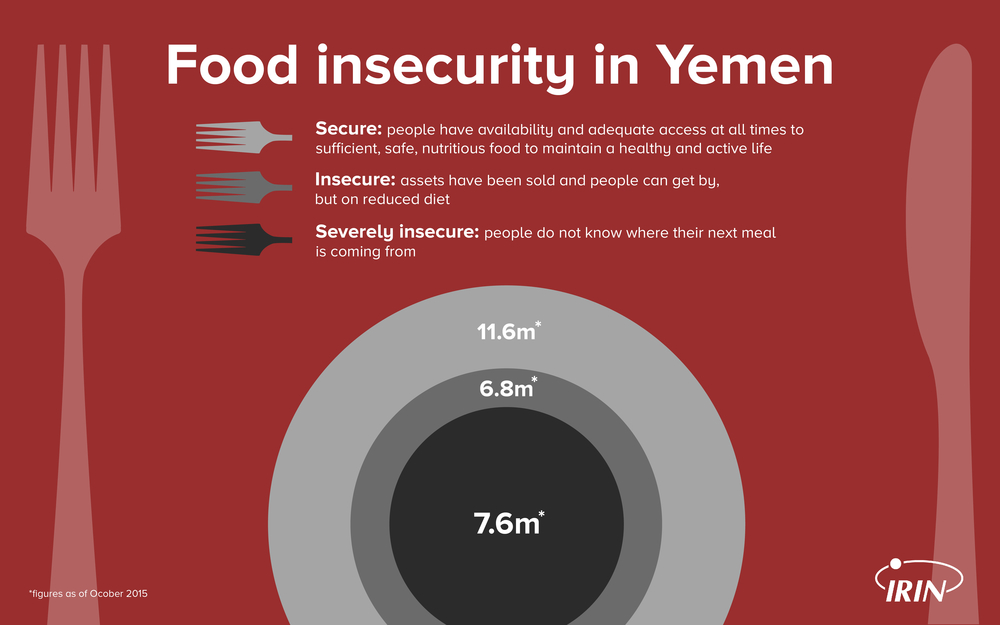 After thirteen months of fighting between Houthi rebels and a Saudi Arabia-led coalition that has left more than 6,400 dead, this would be a major blow to a population already deep in the throes of a humanitarian crisis.

At last count in October 2015, 14.4 million Yemenis out of a population of 26 million were considered “food insecure,” including 7.6 million “severely insecure": they don’t know where their next meal will come from.

At the moment, Kashyap explained, WFP is only able to provide food or food vouchers to a fraction of those who need it – 3.59 million in March. If the funding runs out, “even they will be without food,” she said.

Even if the WFP were at full funding, Kashyap said, it is “still only able to fill in the gaps.”

Some locals are stepping in to help out where they can. In Sana’a, where Saudi Arabia earlier this week threatened to send troops if peace talks fail, anonymous donors have sent a dozen refrigerators to restaurants across the city.

They’re filled with donations from locals who have extras, leftovers from the restaurants themselves, and with purchases from customers who can pitch in extra cash.

At al-Saeed, a restaurant with a new fridge, cashier Faisal Taher said they’re able to give some 31 people three meals a day. 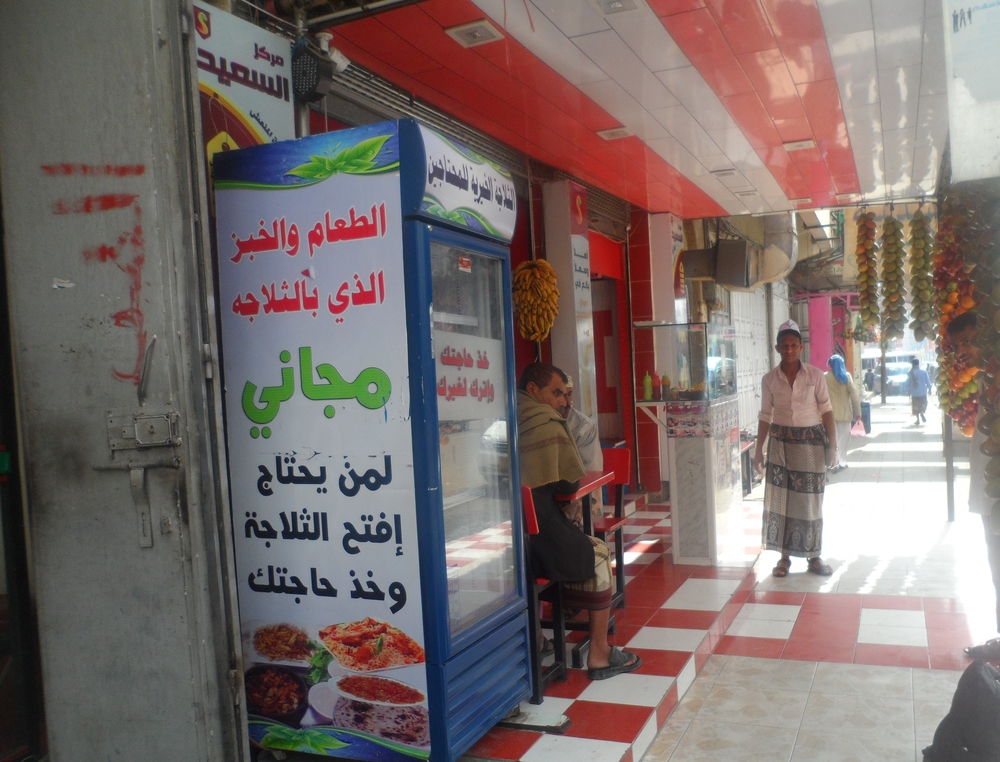 “Some people give us money and ask us to buy food [to add], others bring it from home, and the restaurant [also donates some],” he explained.

26-year-old Madian al-Daghour is one of the beneficiaries. Originally from Taiz, he’s been living in the capital for two months while his father undergoes treatment for lung cancer.

Life was so expensive in Sana’a that Daghour said he couldn’t afford food anymore, and was considering ending his father’s treatment and heading home.

He doesn’t know who installed the fridge in a restaurant near the hospital  (several are near medical centres), but “they told people they can get free food from here.”

Locals like Mohmmad al-Omari have taken notice. He’s got extras at home that he used to toss, but “these days I bring them to the fridge” at Al-Saeed.

The fridges are a drop in the bucket, and Mohammed Khallid, who helped install the fridges, knows it. But he said that despite the poverty and war, “there are charitable people in Yemen.” He just wanted to help them spread the wealth.

It’s much needed. The WFP’s Kashyap says she’s heard reports of Yemenis cutting down on meals, prioritizing within families who needs basic foodstuffs, borrowing money, and sending women and children out to beg for food.

The organization has funding shortfalls worldwide, and the donor response to Yemen’s crisis hasn’t been particularly quick. The UN has received only 16 percent of the $1.8 billion it says it needs to cover the country’s needs for 2016, including $710.4 million for WFP alone.

Prices of basic foodstuffs are significantly higher than they were before the fighting began in earnest last March, and Yemen has been hit by more than war – it had two unprecedented cyclones in November 2015 and the UN’s Food and Agriculture Organisation says an infestation of locusts is on its way, forming a threat to crops in the country and its neighbours. The conflict hampered efforts to control the insects’ breeding.

The locusts are just another worry in a country of troubles. “The fact is the number of people affected are far beyond the ability of humanitarian assistance,” Kashyap said. But if the money runs out in July, she adds, “even for the three and a half million we can help, we are in absolute dire straights.”

Why does no one care about Yemen?

Life gets crowded on the bottom rung in Yemen