Give up on their dreams and go home, seek asylum from Greece’s dysfunctional bureaucracy with the prospect of deportation if they fail, or run the gauntlet of smuggling operations and plough on into northern and western Europe: the options facing thousands of migrants and refugees forcibly removed from the Greek-Macedonian border are all bad.

On Wednesday morning, 45 buses were used to transport approximately 2,400 migrants from the border village of Idomeni, where some had been camped out for the past three weeks, to emergency accommodation in a Taekwondo stadium in Athens.

Growing numbers of migrants have been stranded in Idomeni since 18 November when Slovenia announced it would only admit refugees from Syria, Iraq and Afghanistan, a move then mirrored by all of the Balkan states down the chain. A chaotic and often violent bottleneck built up at the Macedonian border. A group of Iranians went on hunger strike and protested by sewing their lips shut and last week a Moroccan man died after touching high voltage power cables.

Stella Nanou, an official with the UN’s refugee agency in Greece, expressed concern about the dangerous paths that asylum seekers will have to take to reach sanctuary in northern Europe now that borders are slamming shut all across the continent.

“This is a great opportunity for the smuggling routes to be reactivated,” she told IRIN.

The majority of those arriving in Athens on Wednesday were weary and had no idea how they would proceed on their journeys. Those that had returned from the border several days ago had some leads. Standing outside the stadium, three Moroccans and one Iranian told IRIN that smugglers in Idomeni had offered them car rides to Italy for between €1,500 and €2,000 each. 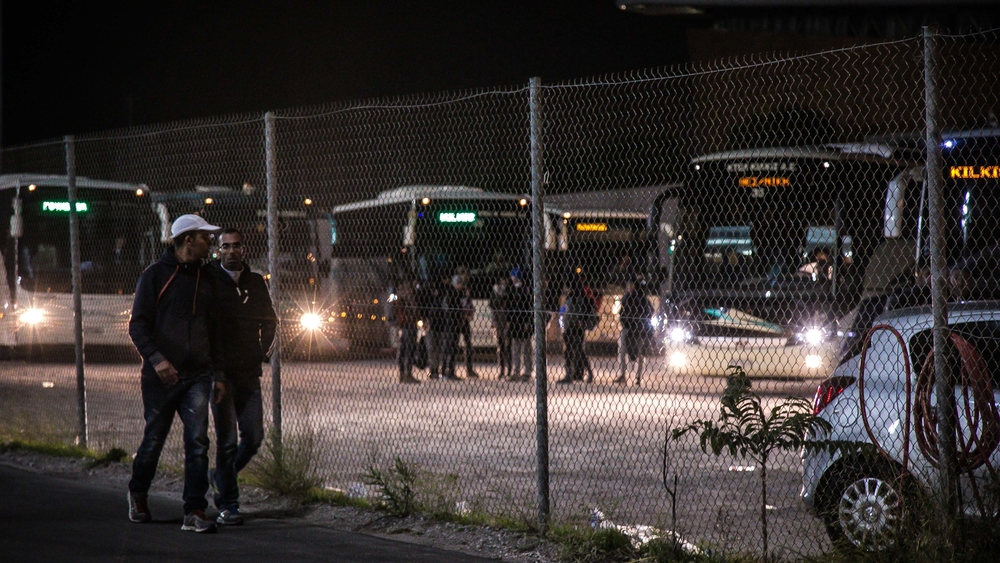 Others talked about diverting through neighbouring Bulgaria, a particularly risky route due to abuses and extortion by Bulgarian police that have been documented by agencies such as Human Rights Watch and, most recently, the Belgrade Centre for Human Rights.

One step forward, two steps back

Shopkeeper Hanif, 28, spent over a month travelling from Peshawar – scene of the worst terrorist attack in Pakistan’s history last year when Taliban gunmen shot dead 132 school children – to Idomeni, where he hoped to continue on to Switzerland.

“I tried two times crossing into Macedonia,” he told IRIN. “We walked for two days without sleep and nearly reached Skopje [the capital]. Then the police caught us and beat us badly, like animals. Now I just want to sleep. I’m going to stay here for a few months, hopefully get a job, and then I’ll decide what to do later.”

A Yemeni family of eight stood outside the stadium gates negotiating with a taxi driver to take them to another camp with better medical facilities. They arrived in Greece two weeks ago after fleeing the war in their home country. Airstrikes by a Saudi-led coalition pounded their hometown of Hodeida last month. The wheelchair-bound mother needs weekly blood tests due to a heart condition.

“We are from Yemen, and there is war there too, like Syria, but we don’t know what we can do now,” her daughter told IRIN. “They say the border is closed and we should go home, but we can’t go back to Yemen. There is barely an airport!”

Joseph, 43, a builder from the Democratic Republic of Congo who spent 15 days at Idomeni, was huddled under one of the grey blankets given to asylum seekers in the Taekwondo stadium. Like many new arrivals, he lacked the funds to pay a smuggler.

“You run from the fire because something bad happened to you, and you need to survive. I know Europe has problems, but why can I not try to make something here? Everywhere is closed.”

There are mounting concerns about how the deeply indebted Greek state will manage to look after the increasing numbers of migrants unable to move on, but European Commission spokeswoman Tove Ernst said Macedonia’s system of filtering asylum seekers by nationality was not illegal.

“Under international law (the Geneva Conventions) and EU law, if a person does not fulfil entry conditions and does not apply for asylum despite having received the possibility to do so, his or her access to the territory can be refused,” she told IRIN.

The asylum seekers returned to Athens now have several options: if they have a well-founded fear of persecution they can begin an asylum process in Greece, but the country’s asylum system has long been described as dysfunctional with claims sometimes taking years to be determined. Unsuccessful asylum claims can result in deportation. Last week, Greek authorities tried to deport a planeload of Pakistani migrants to Islamabad, but had to fly them back to Athens after Pakistani authorities refused to accept them in a row over a readmission agreement.

Alternatively, they can opt for voluntary repatriation with the assistance of the International Organization for Migration.

They are not considered eligible for the EU’s relocation scheme, which is only being applied to Syrians and Eritreans and has so far only resulted in 160 asylum seekers being relocated (just 30 from Greece) out of a target of 160,000 agreed by member states in September.

The final option, and by far the most popular, is to continue trying to reach the wealthier parts of Europe using clandestine smuggling networks to arrange transport through the Balkans. This option carries its own risks. In August, 71 refugees were found asphyxiated in the back of a smuggler’s truck abandoned on the side of a motorway in Austria.

No let-up in new arrivals

Meanwhile, travel agencies on the Greek islands are still selling migrants package deals that include ferry passage and bus tickets to Idomeni, with no mention that certain nationalities are being refused entry. On Wednesday, Greek police were stopping buses en route to the Macedonian border and turning them back to Athens.

According to figures from the Greek Ministry of Shipping, 2,702 refugees arrived at the Athens port of Piraeus on Thursday morning from the Aegean islands of Lesvos, Samos and Chios, with a further 1,771 expected later in the day.

Sharif, 39, a farmer from Algeria, has been returned to Athens after being barred from crossing Gree 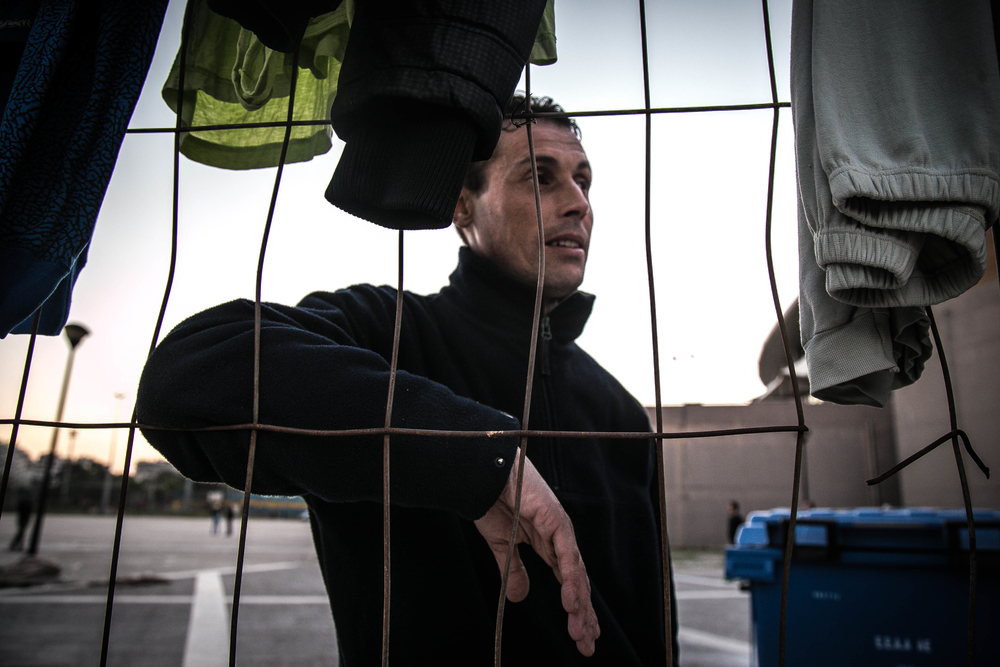 The Taekwondo stadium is reportedly nearing maximum capacity and other asylum seekers are being taken to alternative emergency accommodation at the Galatsi Olympic stadium and to Ellinikon, the former Athens airport.

Outside the Taekwondo stadium, Sharif, a 39-year-old farmer from Algeria, appeared to have given up hope. “I dreamt to go to France and join my family, but now… no chance.” He pinched his nose, began to weep, and walked back inside his latest, temporary home.