Sri Lanka’s decades-long civil war ended six years ago, but it’s not over for many victims who suffered permanent injuries during the conflict.

Government soldiers can receive assistance packages for injuries sustained in service, including the continuation of salaries for those able to work at desk jobs, or long-term care in military-run facilities for those severely disabled. But there is no programme to help civilians and former Tamil Tigers who remain permanently affected by injuries during the war.

The government announced on Monday that it would form a truth and reconciliation commission to seek justice and compensation for victims of crimes committed during the war, but officials have not mentioned programmes to assist those who were disabled.

The United Nations Office of the High Commissioner for Human Rights today released a report recommending the creation of a hybrid court of Sri Lankan and international officials, which would hear cases involving war crimes and crimes against humanity perpetrated by both sides in the conflict.

Sri Lanka’s civil war erupted in the early 1980s when the Tamil Tigers began fighting for an independent homeland for the ethnic Tamil minority, which had suffered discrimination under the Sinhalese majority. The conflict finally ended in May 2009 with the defeat of the Tamil Tigers, but by then more than 100,000 people had been killed on both sides, most of them civilians.

The UN report focused on providing justice to victims whose relatives disappeared during the war or were killed or injured as a result of war crimes or crimes against humanity. The report did not specifically recommend assistance to civilians or former Tamil Tigers who are disabled due to war injuries, but it did call on the Sri Lankan government to compensate victims.

“Develop a national reparations policy, considering the specific needs of women and children, and make adequate provision from the state budget,” the UN urged the government. 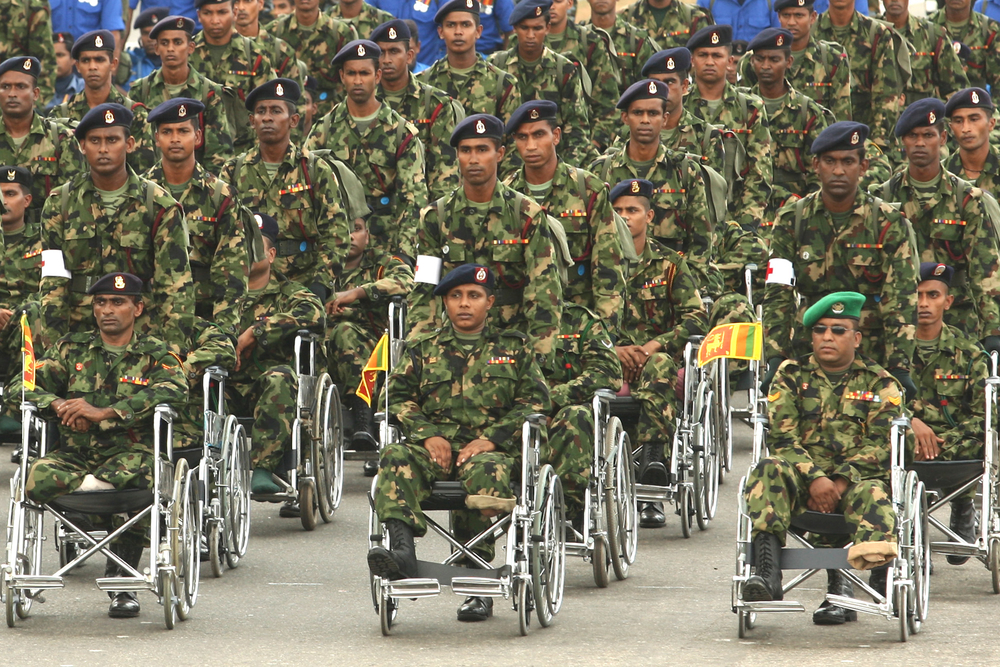 The Foundation for the Rehabilitation of the Disabled estimates that there are 20,000 people disabled by the war living in Northern Province, which suffered the brunt of fighting, but others put the figure even higher.

“Our estimate is we are looking at a figure close to 40,000 and 80 percent of them were left maimed by the war,” said Vellayan Subramaniyam, who heads the Organisation for the Rehabilitation of the Handicapped, based in the northern city of Vavuniya.

Subramaniyam himself was blinded in a bomb blast in the 1990s and says the needs of the disabled have actually grown in peacetime.

“It’s ironic, but now we find it hard to meet some of their needs” he said. “There were better resources during wartime.”

For example, Subramaniyam said, at the end of the war there was funding available to fit victims with prosthetic limbs, but now victims must purchase their own prosthetics, and even very basic ones cost at least $100.

“For most of these people that is a life-time’s worth of savings,” he said.

Many of those living in Northern Province were injured in battle while fighting against government, but even civilians receive no assistance.

Velu Arumugam lost a limb less than two months before the war ended in 2009, when government forces shelled his village of Mullivaikkal where many civilians had taken shelter. His wife and one child were killed during the attack.

The UN report found that the Tamil Tigers may have violated “obligations to take all feasible measures to protect the civilian population”, because they positioned weapons adjacent to civilian areas, including those designated by the government as “no fire zones”, which the military shelled despite the designation. But the UN investigators found that the Tamil Tigers’ strategy did not absolve government forces.

“Directing attacks against civilian objects and/or against civilians not taking direct part in hostilities is a serious violation of international humanitarian law and, depending on the circumstances, may amount to a war crime,” the report said.

Arumugam and his remaining children are living with the destruction caused by the government assault that heralded the end of the war. He now takes care of his two teenage daughters on his meagre earnings from selling betel nut leaves that he grows behind his home.

The market is in the district capital, Mullaitivu, about 15 kilometres away from his home. Almost every day, Arumugam puts on his seven-year-old prosthetic leg and rides his bicycle there and back.

“It is too old now to use for walking,” he said. “Sometimes the pain is excruciating when it rubs against the stump.”

Arumugam has not received any physiotherapy or financial assistance.

“I just live for the sake of my daughters,” he said. 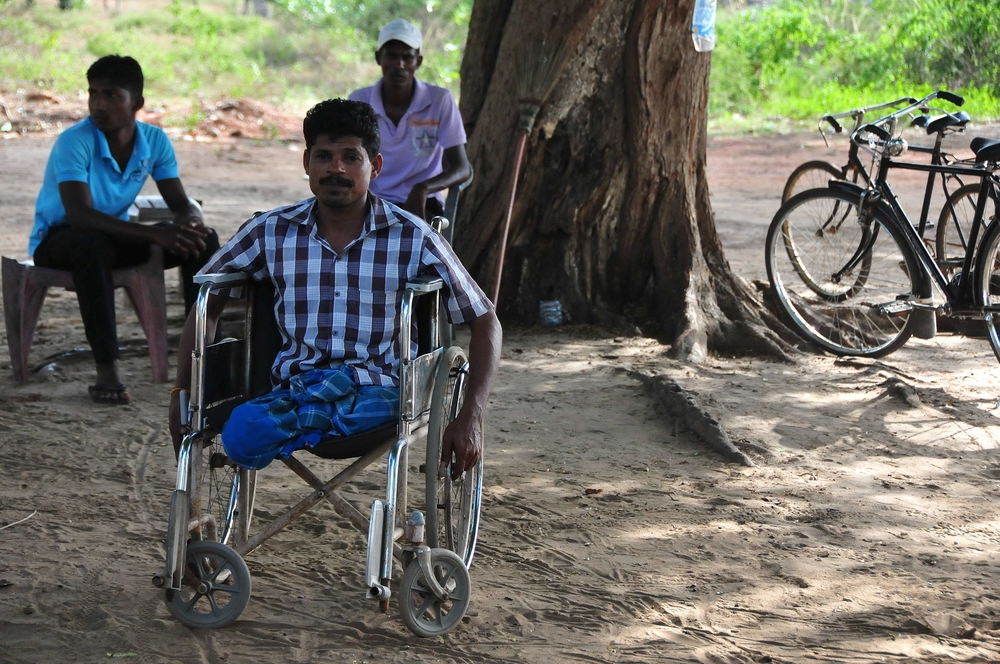 Rupavathi Ketheeswaran, the government agent for the Mullaitivu District, confirmed there are currently no programmes to assist people in Northern Province who are living with injuries they sustained during the war. But she hopes that will change under the new government.

In January, former health minister Maithripala Sirisena scored a major upset and defeated two-term incumbent Mahinda Rajapaksa after a hard-fought presidential election campaign. Sirisena's government has been seen as more willing to look into the past in order to promote reconciliation between Sinhalese and Tamils.

"Whatever programmes we start have to be long-term and targeted at this community and its specific needs, like physical rehabilitation and gaining employment,” said Ketheeswaran.

“This report is being presented in a new political context in Sri Lanka, which offers grounds for hope,” Zeid Ra’ad Al Hussein, the UN high commissioner for human rights, said in a written statement. “It is crucial that this historic opportunity for truly fundamental change is not allowed to slip.”