Zeina stands in the courtyard of the Sheikh Choli mosque in Erbil in northern Iraq, her navy blue scarf revealing an inch of dyed blonde hair. She holds a clipboard and directs a queue of women waiting to receive food packages. Today, this includes fresh bread and an entire frozen chicken; cooked rice is spooned into plastic bags as a take-away.

Last Ramadan, Zeina fled her home in the oil city of Baiji for the relative security of Iraq’s semi-autonomous Kurdistan region after militants from the so-called Islamic State (ISIS) advanced. She now lives in a hotel room with her husband, three children and an aunt. The food provided by the mosque supplements her husband's earnings as a tea-seller and her aunt's government pension. Zeina volunteers at these distributions because, she says, “Hajji is always good to us.”

“Hajji” is the official who coordinates this assistance at the Sheikh Choli mosque, where around 200 people receive food every day. The majority of the recipients are Iraqi Arabs, but Syrian refugees come too, along with Kurds and ethnic minority Turkmen. The mosque is one of many religious organisations supporting displaced people in the Kurdistan region, where over one million Iraqis are sheltering from violence.

“We used to provide for poor people before. The recent crisis doubled or tripled the amount. We are managing,” assures Hajji, who uses only his first name. Extra food was provided during Ramadan, such as sweets, and even gifts of money. The funding comes not from the government or the United Nations, but from local businessmen and the mosque’s sheikh.

Iraq is among the most poorly funded humanitarian crises in the world. Only one third of the required funds has been pledged by donors. Consequently, the UN has had to cut back its support for the country’s 3.1 million displaced: food parcels are shrinking, outreach programmes have been scrapped.

Homegrown organisations like Hajji’s are trying to fill the gap and shoulder more of the burden. Funding drives during Ramadan have given them enough to celebrate Eid, but they too are facing shortages, particularly as UN money goes largely to foreign NGOs.

On the outskirts of Erbil, Halkawt Salah Omar, assistant camp manager at the Harshem Camp for displaced Iraqis, says donations from individuals are “a big help” to camp residents. June alone saw 11 distributions of donated aid, nine for food and two for cash. The last private donation, on 15 July, saw tea, rice, oil, tomato paste, flour, sugar, beans and lentils delivered to all 1,432 people at the camp.

“During Ramadan, donations have increased a lot,” adds Omar. For many wealthy individuals, “it's a month of prayer, when you have to help the poor people.”

Falling oil prices and the cost of fighting ISIS have led Iraq into an economic crisis. Many locals in the Kurdistan region can no longer give as generously to the poor.

“People are generous and have a good heart towards those suffering. But the economic situation is very bad,” says Ghassan Youssuf, a priest at the evangelist Ainkawa Messenger church in Erbil, which also supports displaced people.

Youssuf cites growing unemployment and unpaid government salaries – his wife has gone three months without hers – as the major issues.

“This affects people who want to help. Before ISIS, the economic situation was good. We were sending money to help people in Syria! We now have people in our congregation who are in great need.” 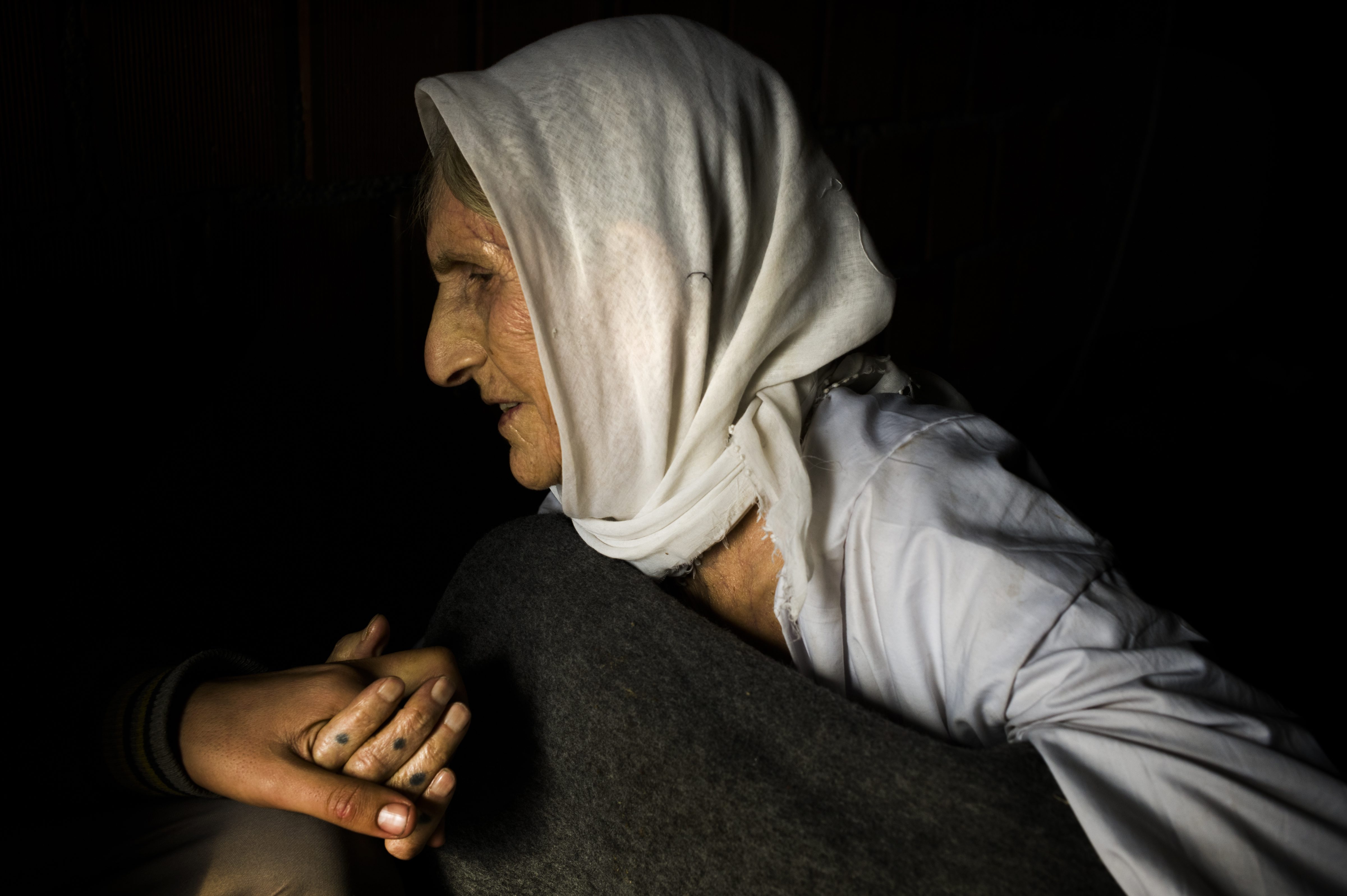 A World Bank study published in February warned that poverty in the Kurdistan region increased from 3.5 percent in 2012 to 8.1 percent in 2014; the economy shrank by 5 percent in 2014. As a result, private donors in the region, including oil companies and businesses, have reduced their charitable contributions.

“Before 2014 and the crisis across the region, all our funds were coming from wealthy people in Kurdistan,” says Karzan Noori, director of public relations at the Barzani Charity Foundation. Last year, a Kurdish businessman based in Russia gave $1 million to the charity, while his brother donated $500,000. This year, private donations have collapsed. “Now, less than 40 percent of our funding is coming from private individuals.”

Other local organisations confirmed this trend. Jameel Chomer, executive director of Yazda, an organisation established to assist Yazidis and other displaced people, says their funding comes from individuals in the United States.

With the displacement crisis more than a year old, humanitarians know that a longer-term solution requires more support for local NGOs.

“This crisis is not going away any time soon. So developing capacities of national NGOs is key to the future of this response,” says Craig Anderson, interim executive coordinator for the NGO Coordination Committee for Iraq.

But progress has been slow. Whilst the front-line response work of national NGOs is widely praised, humanitarians privately agree that not enough has been done to build up local NGOs and involve them at senior levels.

“Civil society can play a big role,” says Kurdistan regional NGO official Diyar Emin. “But I think they can do better.”

Emin says there are more than 2,000 local NGOs registered with the Kurdistan Regional Government, but only about 50 are reliable.

The Public Aid Organisation (PAO) is one of the most established, employing more than 400 staff and partnering several well-known foreign NGOs.

Without international funds and expertise, Abdulazeez warns, tensions between Kurds and Arabs will only continue to grow. He draws the “no Arabs” logo displayed in some shops here now, and sighs. “There seems to be a hate towards the displaced starting.”